Should You Get a Veg Box? My Experience with Grocery Subscriptions
October 14, 2021

L-Theanine: The Reason Tea is Better Than Coffee
October 7, 2021 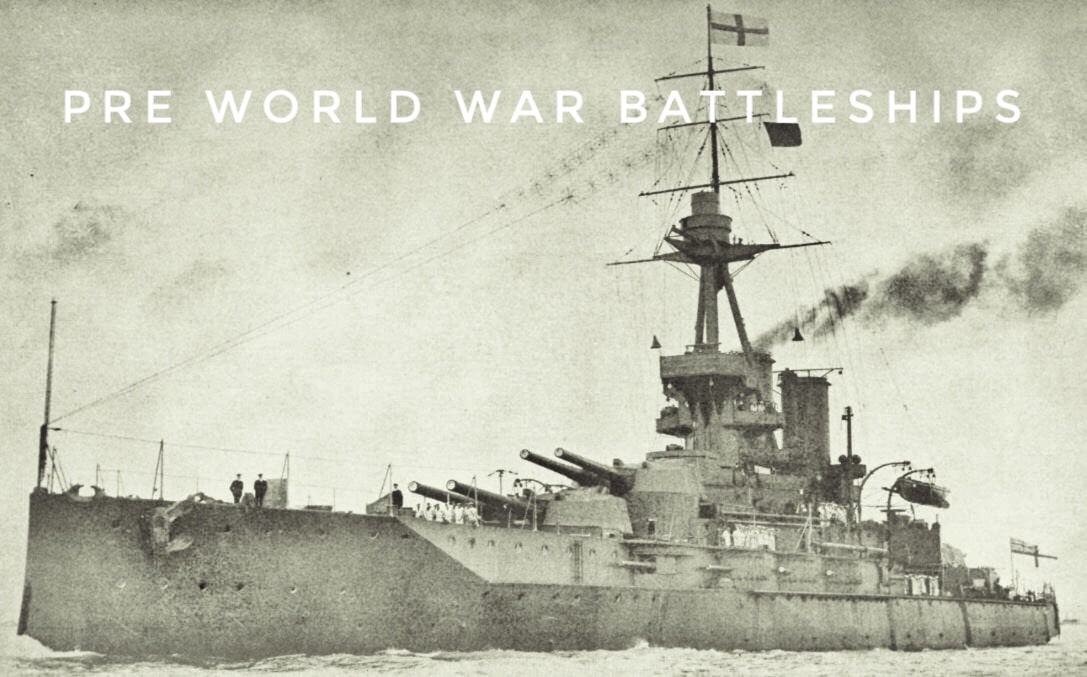 For nearly three centuries Britain would rule the waves, her wooden walls keeping together the largest empire the world has ever known, but in the mid 1800s things were changing and the dependable wooden walls were being replaced with iron. With the industrial revolution the sail was giving way to steam and soon (within a century) the battleship would find itself technologically obsolete. The British Empire however was powered by the naval force of the battleship.

This meant that navies all over the world were building battleships to compete with the sheer naval force that the British Empire possessed. Here are my favourite battleships, does your favourite make my list?

Built in the 1890s at Barrow in Furness England and the only one of her class, the Pre-Dreadnought class Battleship Mikasa would serve the Imperial Japanese navy diligently for two decades.

Mikasa would be present for two key engagements not long after entering service; the blockade of Port Arthur and also the infamous Battle of Tsushima Straight during the Russo-Japanese war of 1905.

Mikasa would go on to serve in World War One predominantly as a coastal defence ship, but In 1922 the London naval treaty came into effect which required Mikasa to be decommissioned. In 1923, she was struck from the Naval register, though she wasn’t destined for the breakers. Instead, she was encased in concrete at Yokosuka and opened to the public as a museum which is where she remains to this day.

Built in 1860 as a response to the threat of France’s new ironclad ship Gloire, HMS Warrior would become the most powerful ship of her kind, despite not actually being a battleship at all! She was, in fact, an ironclad armoured frigate which replaced the ships of the line which were considered the battleships of their day.

HMS Warrior had a traditional layout with cannon in rows on each side like a ship of the line, her iron armour would protect her from just about anything fired at her, but above all, she was very fast for her day.

HMS Warrior would have a mediocre career never firing a shot in anger and by the 1880s being outgunned and outclassed, she was paid off in 1883 after 22 years’ service becoming an oil hulk until being restored in the 1980s and moored in Portsmouth where she sits today open to the public.

Though not strictly battleships, these two make my list as they were the forerunner to the battleship.

Built by two countries that today are landlocked, the Austro-Hungarian battleship Szent Istvan would become one of the worlds little known but most iconic ships.

Just before the close of the war in 1918, the Szent Istvan was torpedoed by the Italian navy, the subsequent film footage of her capsizing and sinking has been used over and over by film and documentary makers alike making it the most-watched battleship sinking recording ever produced.

Serving in Two world wars the heavy hitting USS Texas is the only Dreadnought type vessel left in the world today, ordered in 1912 and commissioned in 1914 the USS Texas and her sister the USS New York would serve in and survive both wars. In 1917, the USS Texas became the first American warship to open fire on a German ship, her massive 14inch guns were bigger than many other dreadnought types.

USS Texas would survive the London Naval Treaty and go on to serve with distinction in World War Two and she would be present at the landings in North Africa and the D Day landings at Normandy. After the German capitulation she was sent to the Pacific, arriving and being held at Leyte Gulf, after the Japanese capitulation she assisted in Operation Magic carpet before being placed in reserve.

She is now open to the Public at the San Jacinto state park. This documentary is also a great way to appreciate these American battleships.

Envisioned by a single man, the First Lord of the Admiralty Sir John “Jackie” Fisher; the new class of battleship would be a world beater. It would also set the standard by which all other ships would be measured by with simple designations like Pre-Dreadnoughts, Dreadnoughts and Super Dreadnoughts.

The design called for large pairs of 12-inch calibre guns be placed in single barbettes thus giving the ship maximum engagement arcs and better all-around defence as well as packing a hard punch. Jackie Fisher chose the name carefully and settled on the Latin word for “fear nothing”.

A man who had grown up in the age of cannon, wood and canvas would end his career with big steel guns, iron hulls and aircraft.

HMS Dreadnought would survive World War One but she wouldn’t survive to see the next war, she was sold in 1921 for scrap, her name lived on however and in the 1960s, the first British nuclear submarine would be named HMS Dreadnought. This submarine was also decommissioned and for a third time we will now see a new class of Dreadnoughts this time the replacements to the British Vanguard class Trident missile submarines.