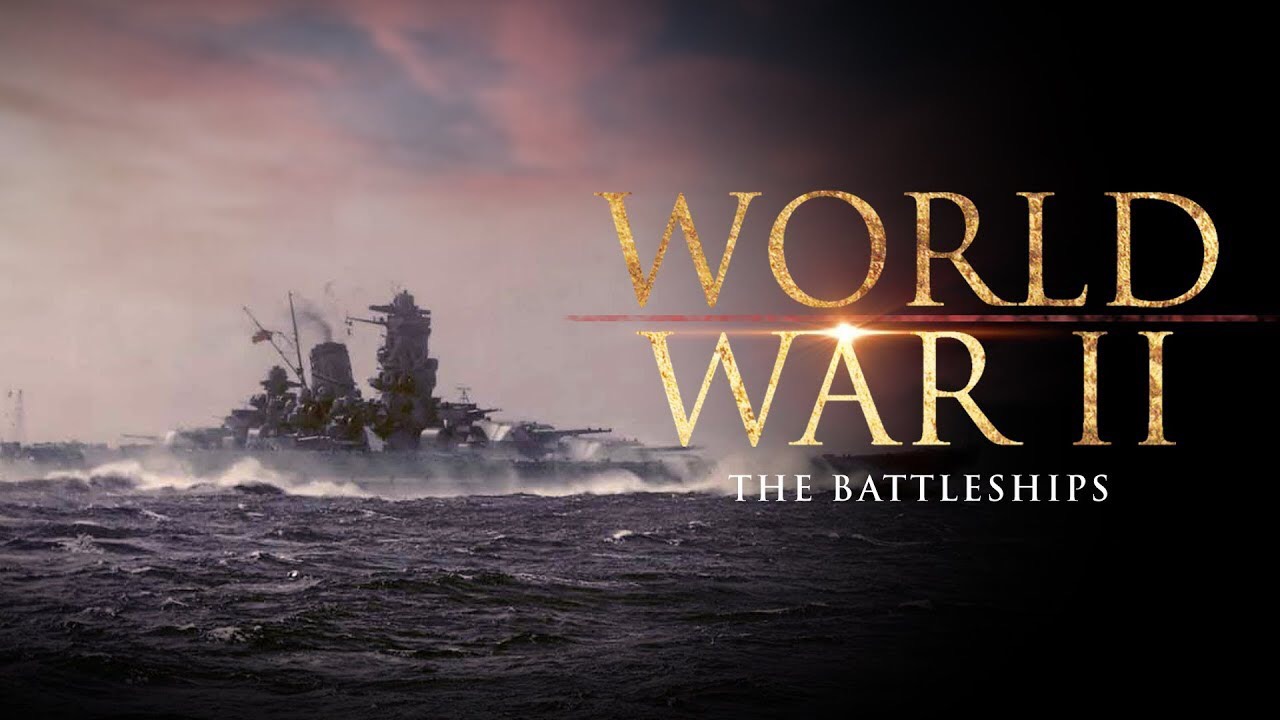 World War Two was for the Navies a turning point, the battleship had reigned supreme throughout the first part of the 20th century, they were the symbol of ultimate power and it was a considered view that if your navy had no battleships were you a naval force to be reckoned with?

By the end of the Second World War, all that had changed and the battleship was now irrelevant in the age of aircraft  other ship types. A new capital ship once thought to be secondary to a battleship stepped up to take its place as the mainstay of the fleet. The battleship era was over it was now the aircraft carrier that ruled the waves.

Despite this changing dynamic, there were a few battleships that had a very impressive war effort, below I have compiled a list of my top 5 World War Two battleships.

A veteran of Two World Wars, HMS Warspite, a Queen Elizabeth class super dreadnought would be commissioned just after the outbreak of World War One. She was then moved swiftly into action with Vice Admiral David Beatty’s 5th Battle cruiser squadron based in Rosyth.

She would be present at the battle of Jutland with her eight massive 15 inch guns scoring hits on the German ship Von Der Tan, unfortunately for her endeavours she also received over 150 hits in return.

During the Second World War, HMS Warspite would once again play key roles and prove her worth, serving mainly in the Mediterranean and European theatre and providing gunfire support in the Normandy landings at Gold beach.

Despite her impressive record during the wars she would be scrapped in 1946 marking the end of a remarkable battleship.

Armed with the largest calibre guns ever to put to sea, the 72,000 ton Yamato and her sister Musashi would have been an awesome sight to behold. Both would come to share the same fate at the hands of a new and improving technology that no amount of big guns or armour could prevent.

Yamato would fire her massive 18.1 inch guns only once against an enemy surface fleet and scored no hits. She came to grief in 1945 against a weapon that cost a fraction of the amount she did, 11 torpedoes and six bombs were used to sink her; her sister Musashi would also suffer the same fate being bombed and torpedoed by aircraft.

Blair’s Fun Facts: Both Musashi and Yamato had the largest chrysanthemum flower placed on their bow. A 2-meter diameter brass chrysanthemum showed her position at the top of the Japanese navy while every other ship had smaller ones.

Built to combat the French Richelieu class of battleship, the Bismarck and her sister Tirpitz would cause a lot of sleepless nights for Winston Churchill, she would also lead to one of the greatest sea sagas of all time.

The eight 15inch guns of Bismarck were the most modern and accurate of any naval fleet and this would play out not long after entering the Denmark Straight. While engaging HMS Hood a single 15inch shell penetrated the aft magazine blowing the HMS Hood up. Upon receiving the news, Churchill sent out his famous order “Sink the Bismarck” and every available unit was scrambled to this mission. Force H Mediterranean ships were redeployed from convoy duties and the Admiral Tubby fleet with King George the 5th (also a battleship).

Bismarck would later be engaged by Swordfish bi-planes which disabled her steering and she then fell prey to the awaiting fleet and was pummelled, her crew eventually scuttled her.

Blair’s Fun Facts: Bismarck’s technology would be her downfall with her anti-aircraft guns not being able to fire slow enough to hit the very slow Swordfish. Her guns were geared to engage aircraft like Spitfires and Hurricanes.

Known in every corner of the world simply as the Mighty Hood, her reputation for being the most powerful warship in the world was one of smoke and mirrors. Armed with eight 15 inch guns, she was the only ship until the arrival of HMS Rodney that could technically match the Bismarck for hitting power, but there was a critical flaw.

HMS Hood was not strictly a battleship she was a battlecruiser and had sacrificed armor plate for speed. The idea was to be able to outgun any ship you could catch and outrun any ship that could outgun you.

After 21 years of loyal and exceptional service, HMS Hood would fall victim to a single well placed 15 inch shell penetrating the aft magazine (fired by the above mentioned Bismarck) causing a flash fire and explosion that ripped the ship in two; of the 1,500 crew just 3 survived.

Blair’s Fun Facts: HMS Hood is so well known due to her constant around the world tours in the 1920’s and 1930’s it was for this reason (being actively showcased) that her upgrades were never fitted, dooming the ship.

The Iowa Class (The End of an Era)

Six Iowa class Battleships were ordered in 1939 with only four completed. They would go on to be the symbols of naval power and prestige; built to the constraints of the Panama canal, these vessels are just simply beautiful. The nine 16 inch guns housed in three triple turrets give these grand ladies enormous firepower, but even this wouldn’t save them from their eventual fates.

On December 7th 1941 the Japanese attacked Pearl Harbour and sunk most of the Battleships of the Pacific fleet. The Iowas would hit back later during many running battles, but one remarkable event would take place on the USS Missouri (Mighty Mo to her crew). It was on this ship the surrender document was signed officially bringing to an end the Second World War.

Outclassed by aircraft, the Iowas would wallow in reserve for many years being called to action in the Korean war in the 1950’s before their final hurrah in Operation Desert Storm in 1991, they became the last battleships of any navy.

Blair’s Fun Facts: While patrolling off the North Korean shoreline, the USS Wisconsin was hit by a 4 inch shell from a shore battery, immediately her nine 16 inch guns were bought to bear and in a single salvo wiped out the battery.

Her escorting destroyer USS Buck is alleged to have sent a message saying simply “Temper Temper”.

My Top 5 Corvettes (Not The Car)

One thought on “My Top 5 World War Two Battleships”