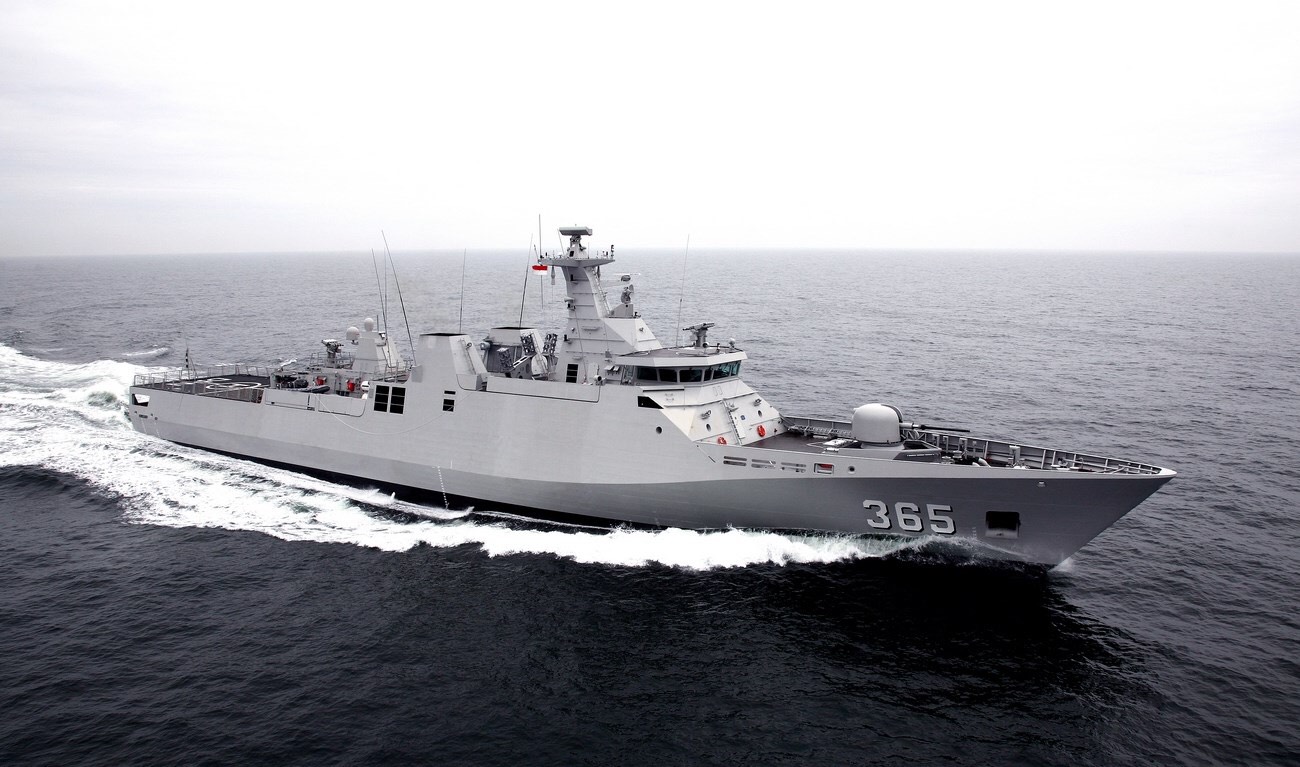 Corvettes are a small and diverse range of warships that are used the world over as a manoeuvrable and budget friendly alternative to larger ships. Corvettes have been around a lot longer than the well-known car manufacturer and date back to the 17th century where the use of the name originated with the French navy interchanging the term with their sloop-of-war type boats. I have created a list of my 5 favourite corvettes, make sure you leave a comment at the end if you agree or disagree!

A follow on from the highly successful Tarantul, the Nanuchka possesses more fire power than her predecessor. Armed with six dated P-120 Malakhit missiles the Nanuchka is more than capable of holding its own against larger craft. The Nanuchka corvette has seen action and was responsible for sinking a Georgian vessel in the 2008 battle off Abkhazia.

The Nanuchka has seen service with four other navies around the world since the 1960’s and has undergone various modifications over the years. It makes my list mainly for its looks and the fact it has seen action (and performed well in battle scenarios).

Despite being called a sloop these types of vessel were for all intents and purposes corvettes because of their dimensions. The class was unique among corvettes and featured a radical approach to ship building, yes, they look rather ugly with a symmetrical design which would include an aft bridge and aft anchors the idea was to confuse enemy targeting. I think it probably confused its own crew as much.

A versatile ship that was used to escort convoys and sweep for mines. They are not fast and not pretty but they served in World War One just fine and make it on to my list because of their practicality.

The highly successful Sa’ar class vessels in the Israeli navy are now on their umpteenth modification with the two later types, the 5 and the current in build 6, featuring high levels of stealth capability.

Unlike the Visby class (see next) these corvettes are heavily armed for their size, carrying a 32-cell vertical launch system for surface to air missiles and two quad launchers for Harpoon anti-ship missiles. They also carry a helicopter for anti-submarine warfare.

The Sa’ar makes my list because it is a great all round ship with versatile capability and impressive service history.

If you’re looking for an ultra-modern stealth corvette then look no further than the Swedish Visby class. The five Visby class corvettes were some of the first true stealth warships afloat although lightly armed these ships can certainly get in close without being see.

Often spotted in the North Sea and Baltic these fast-moving craft are highly manoeuvrable but their relatively short range and lack of any heavy weapons does weaken their overall versatility.

They make my list because of their innovative approach to naval warfare.

Built to a very basic design like the later Liberty Ships the small but powerful Flower class corvettes would be the ships that carried the war effort. Churchill would call them the cheap and nasties because they were cheap to build and nasty for U Boats. True to form they were with a total of 225 built and the unenviable task of escorting convoys in all theatres. They would see plenty of service (including with the enemy, upon the fall of France some flowers were captured and pressed into German service) and proved very successful.

Armed with depth charges and later Hedgehogs torpedoes as well as a 4-inch gun (for use against submarines) they packed a impressive punch. 33 were lost and today only one remains preserved, the Flower class tops my list because of its incredible success rate.