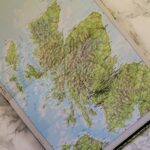 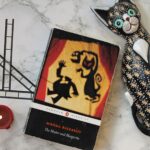 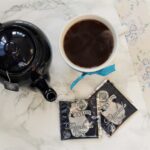 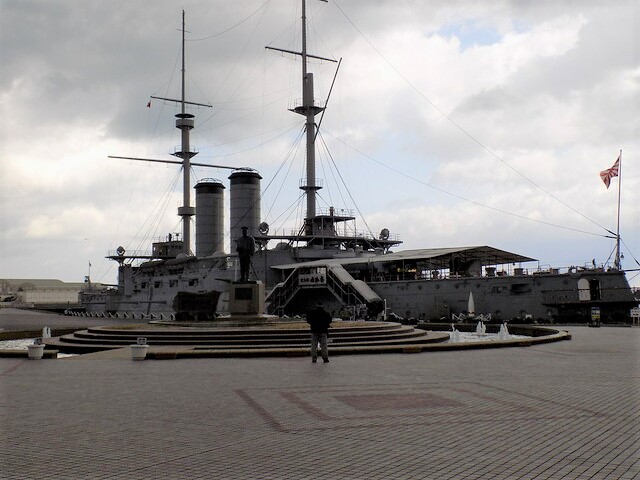 Towards the end of the 19th century, the Japanese had opened their doors after centuries of isolationism.

Part of the opening doors process involved rebuilding the navy and it will come as no surprise that in this period of history there was only one country to turn to when it comes to naval superiority – Great Britain. Great Britain was a nation built on sea trade and naval power and Great Britain had a type of vessel the newly receptive Japanese wanted – the battleship.

Both Japan and Great Britain knew their navies were vital to protect shipping lanes and keep trade routes open. In 1898, Japan ordered a new battleship from Great Britain. The battleship that would be called Mikasa and it was launched in 1900. It was then commissioned in 1902 and, under Japanese control, the Mikasa would sail to the other side of the world and into the history books.

My time actually on-board the Mikasa was very short and I will give you more information about that in a bit. Strangely, the ship is encased in concrete and only the upper half remains visible. I found myself looking at the ship in awe, in front of me was a ship of unrivalled history, a ship that is celebrated throughout Japan. Japanese naval history is incredibly fascination – I recommend checking out this book, Japanese Battleships 1897-1945: A Photographic Archive, to admire the Mikasa and other legendary battleships of the time.

The great grey ghost-like structure stands behind a statue of her master Admiral Togo. This was to be my first time on a battleship and I was particularly excited because Mikasa predates HMS Dreadnought. I had been looking forward to this for a long time and now it was one more of my bucket list items crossed off.

Shortly after arriving in Japan, the Mikasa would be thrust into action at the Battle of Port Arthur. Although the action was not decisive, it was a tactical victory for the Japanese. It also stood as a precursor to the battle that Mikasa would become famous for. By 1904, the Russo-Japanese war had erupted and with the aforementioned battle of Port Arthur having ended in stalemate, Tsar Nicholas II was looking to reinforce his position. He sent his Baltic fleet to reinforce the Pacific fleet. It was during this movement that Mikasa would make her name known.

Steaming forward in battle formation, the Russian fleet entered into the Straights of Tsushima little knowing they were heading for disaster. The Russians were driving headlong into an ambush orchestrated by Admiral Togo on his flagship Mikasa who anticipated the Russian reinforcement and ordered his warships to engage the Baltic (Russian reinforcement) fleet. Lining up his Japanese warships in a defensively line (side on) the Russians only had their front guns to protect them and were vanquished easily.

Completely outgunned, the Russian fleet was decimated in a single decisive victory with Admiral Togo leading to a swift resolution with the entire war ending soon after.

Although her massive 12-inch guns have been silent for a long time, it is easy to close your eyes and imagine how this ship would have sounded when they were all firing. The thick steel barrels and armoured barbettes would change little in the coming years on other battleships but Mikasa would be technically obsolete in her youth. When HMS Dreadnought was launched in 1906, Mikasa was no match.

On-board Mikasa, I get the feeling she is treated with the utmost respect by the Japanese. Like many museum vessels she is well looked after but during my time on-board alone I witnessed her aft wooden deck planks being replaced and other general maintenance activities (cleaning, etc.) that you wouldn’t necessarily observe being regularly done on other ships.

Mikasa is oddly used today as a training ship for the Japanese self defence forces and sometimes you may encounter cadets on-board. The lower levels of the ship are off limits as these are the classrooms and dormitories used by the cadets. It is also the cadets job to assist in keeping her clean (see above) and needless to say they do a brilliant job.

It is because of this partial closure that I didn’t spend much time actually aboard Mikasa which was a shame. Incidentally, Mikasa is considered very important to the cadets and is used to teach them basic ship principles as well as ceremonial protocols.

Mikasa – Living Up to Her Own Legacy

Mikasa would have no real action following her glory and there was no celebrated list of achievements to follow. Instead, she remained rather inactive until just shortly after the signing of the treaty of Portsmouth, when Mikasa suffered a magazine explosion and sunk in the harbour. She was fortunately raised and refitted, spending two years in repair yards before returning to service.

Mikasa would play a small role in the Great War (World War One) mainly protecting her own coastline. She would also serve in the 2nd and 5th fleets seeing little (if any) action. In 1917, the Russian revolution took place and this proved to be instrumental in Mikasa’s story as it was her final action. In 1921, during the Russian civil war, the Mikasa would be called upon to intervene. Little is known about her role other than it was supporting land forces. It was clear she was no longer considered a front line warship and was used instead as a first-class coastal warship – a role in itself that didn’t last long.

Fore and Aft, Exploring the Battleship

Walking along the deck from forward, I am struck that the Mikasa really is a great ship to visit. She was lovingly and carefully restored and she looks every part as Victorian as HMS Warrior. Two main masts and two funnels reach out over the flush deck like HMS Warrior, the only difference is the turreted main guns (a lesson from the Battle of Hampton Roads in the 1860’s).

Walking along this wooden deck you can almost feel what it would be like serving on this magnificent ship. I must admit, I did stand on the bridge for a while and tried to imagine what it must have been like to have gazed out onto the horizon that day in 1905 and seen the first Russian warship. Then the belching smoke, the concussion of the main guns, the clap of passing shells flying above my head.

Walking aft the deck is much the same, her massive guns in turrets are obviously very much silent with the Japanese ensign flag fluttering in the wind. Below lay the admirals living quarters which I venture down into to have a closer look.

I find it quite amazing that Mikasa has a balcony aft on her, I guess the Admiral may have wanted some clean air while at sea, after all the early steamships were not exactly eco-friendly.

Inside the Mikasa, there are a lot of exhibits but little in the way of machinery to show of her original inner workings. There are a few items pillaged from the Russian fleet that remain displayed inside her and of course, there is the Shinto Shrine which the Japanese pray to before battle commences.

Relegated to being first class coastal defense ship in 1921, the Mikasa was starting to show her age. The end would not come from a budget cut or a replacement ship. Like many ships the 1922 Washington Naval treaty being signed meant she was to be scrapped.

The Japanese protested against full scrappage and made an agreement that she could be saved providing she could never be put to sea again. Mikasa was taken to Yokosuka and encased in concrete and her guns were disarmed to honour that agreement.

Mikasa had been saved, she was opened to the public by Crown Prince Hirohito in 1926 and would serve as a teaching aid to young cadets as well as a museum. As the Second World War ended (which of course she had no involvement in) she had fallen into disrepair.

In 1961 with the financial backing of Admiral Chester Nimitz she was once again restored to her former glory. In 2009 in a nice touch and a nod to Admiral Nimitz, she was repainted by the crew of the USS Nimitz.

It was time I had to leave, I had decided to walk around the ship one last time gathering some close up pictures. No item on the ship speaks more volumes than the impressive chrysanthemum flower that adorns her bow. The flower is 1 meter in diameter and signifies the ranking of the ship among the fleet.

The largest chrysanthemums ever placed were the 2 metre diameter flowers that adorned the Yamato and Musashi. She might not have the biggest flower, but she possibly had the biggest heart of the Japanese navy.