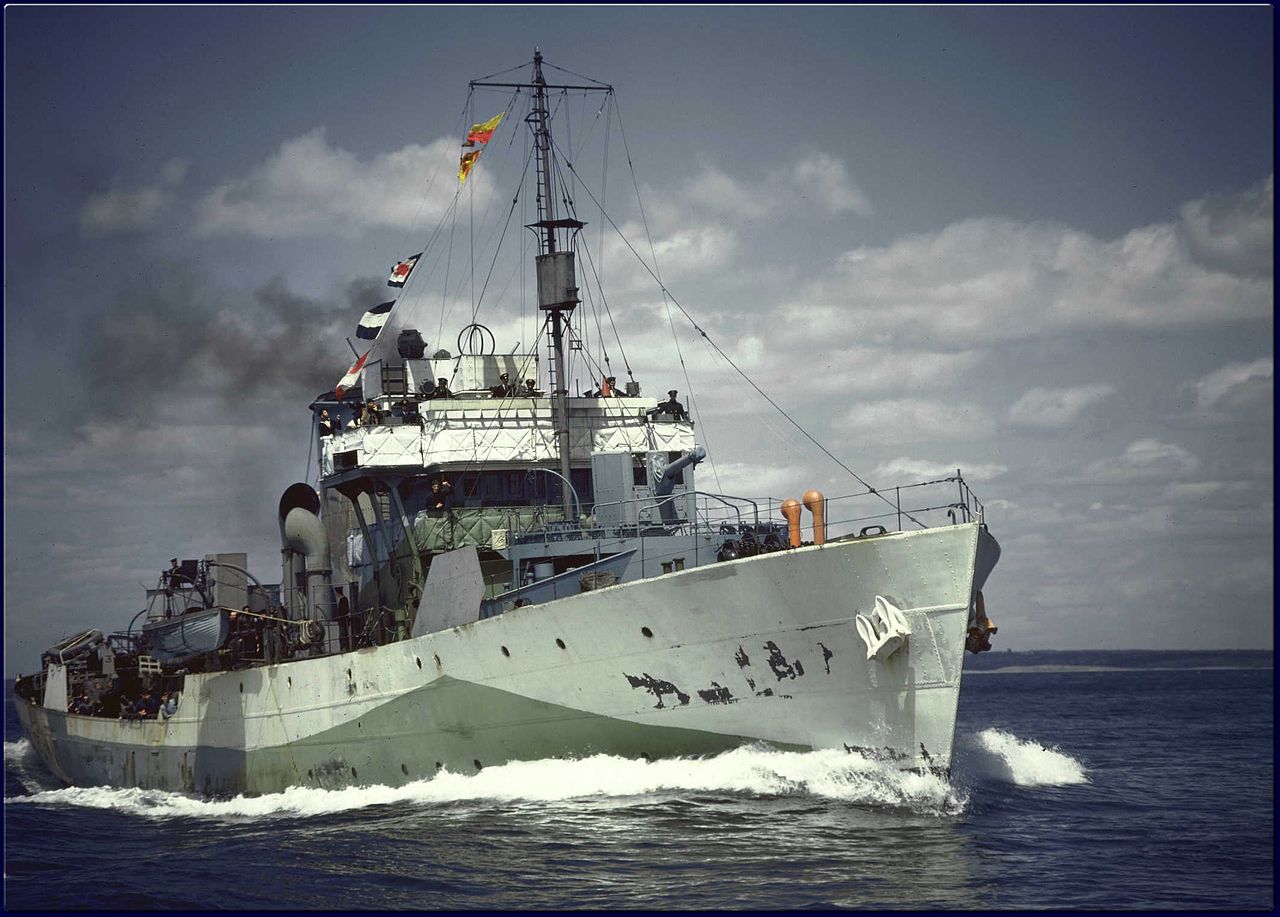 Often overlooked and underrated, the ship known as a corvette is by far one of the most effective types of vessel in commission in any navy. It is small, versatile, powerful for its size, and usually cheap (compared to other larger ship types) meaning they can be used as a force multiplier in war.

My personal interest in corvettes stems from them being the unsung heroes of both World Wars. These small vessels were the back bone of the Navy, they carried the war and in the Second World War they helped enormously to defeat Hitler and the Nazi Regime. Corvettes are so versatile that they were thrown into operation for many different jobs, facing unseen enemies and ultimately, they would serve in every area of the war. More about these a bit further down!

Corvettes today come in all shapes and sizes, from the futuristic Skjold of Norway and Visby of Sweden to the elderly yet still capable Trantul and Nanuchka from Russia. These craft offer smaller navies the capability of hitting out at much larger opponents. Corvettes are generally between a missile cutter or patrol boat size up to the size of a frigate. Corvettes have many different names but often come into this size range, for example; the type 31 design for the Royal Navy is arguably a corvette and the current U.S Navy Littoral combat ship is also of similar corvette size.

Back to the War Effort

In my childhood, I remember watching a film about a convoy escort ship. My Grandfather explained how they had protected the ships that brought everything into England. At the time I thought it was a good movie but didn’t appreciate it too much.

Later I realised the actors of this 1953 film were hugely famous, Donald Sinden, Jack Hawkins, and Virginia McKenna all played starred and the film as you probably guessed was The Cruel Sea. It also starred the fictional Flower class corvette Compass Rose.

The Flower class has always been a personal favourite for me since that point.

You may be surprised to learn that the Flower class corvettes served in every theatre of war during World War Two and even served in the Kriegsmarine (Nazi German Navy). The Flowers were by far one of the most numerous corvettes ever made with a total 294 (69 modified versions) being built during the war. They were based on a commercial whaler design and any small shipyard could build them thus making them easily mass-producible. Sir Winston Churchill would ultimately class them the Cheap and Nasties and true to form they were both of those things, cheap to build and nasty to U boats.

Armed with a single 4-inch gun forward and depth charges at the rear, the early versions packed a small punch, though as time went by, they became even more lethal. Later versions had side throwing depth charges and Hedgehog mortars, as well as the latest electronic devices such as Radar and Huff Duff. Their ASDIC sensors were also formidable and was only countered by Germany in late 1944 with the Albrecht coating, by then however, it was too late.

The Flower Class Corvette in Service

Of the 294 vessels that were completed, 33 were lost to enemy action (22 of those to enemy submarines). By the end of the war, these vessels that had served in every bitter corner of the world, had protected the merchant men of our allied nations and helped support troops landing on the beaches of North Africa and Normandy.

On the 15th August 1945 the final guns of the axis powers had fallen silent, V.J Day marked the end to World War Two, it was also the death knell for the Flowers. Unneeded in peace time the majority of Flower class corvettes were simply cut up for scrap. Most had not even seen a decade of service and had plenty of life in them. Some would live on, being sold to private interests for commercial use.

The writing would always be on the wall after the war and the last Flowers to see commercial service paid off around 1969. A few years later the Irish Naval service decommissioned their vessel Le Maev in 1972, the sea would claim the last two active units the Dominican navy’s Juan Alejandro & Cristobel Colon during hurricane David in 1979. Today of the 294 vessels built, a single Flower class corvette remains, located in the Port of Halifax Nova Scotia Canada HMCS Sackville is a poignant reminder that these little ships helped us all in our hour of need and carried the burden of protection all the way across the vast unforgiving Atlantic.

Commissioned on 30th December 1941, HMCS Sackville in her short career would escort 30 convoys consisting of over 1,200 ships and lose just 13 ships in her care. An amazing record for an amazing class of vessel that we owe our very freedom to.

Hungry for more? You might enjoy reading My Top 5 Corvettes.

4 thoughts on “Churchill’s Cheap and Nasties”