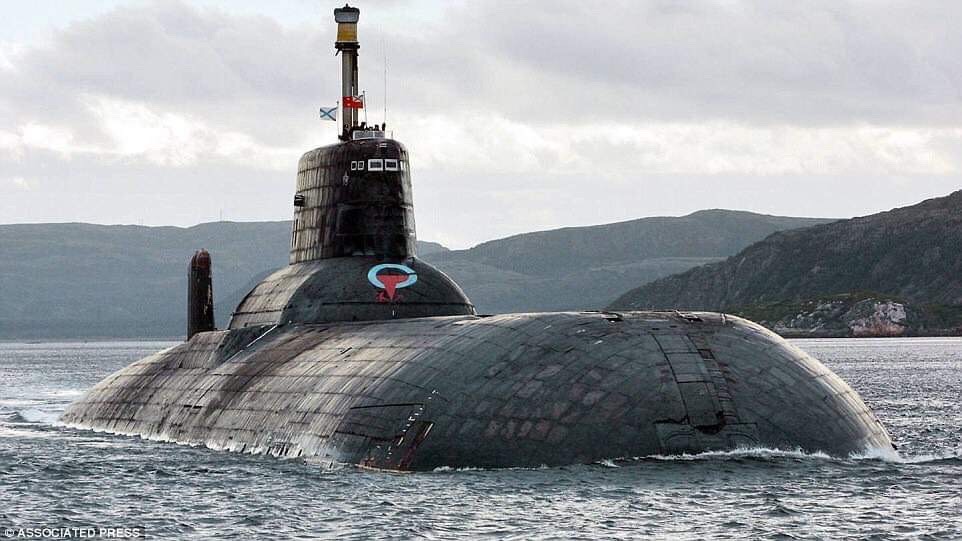 From a young age I have always been fascinated by maritime history as well as submarines. The technology that goes into creating functional and effective subs is impressive and during the Cold War, this technology was being implemented in new and innovative ways. I have compiled this simple list of my top 5 Cold War submarines by their accolades and achievements. Let’s get to it!

Built to replace the smaller Type 205 and 206 classes of submarine, the larger type 209 submarine would play a key role in NATO throughout the cold war. Commissioned into service in 1971, the submarine class would go on to be a big hit around the world serving 13 naval forces and remaining in service to this day.

At 65 meters long, 6.5 meters wide the Type 209 displaces a modest 1,800 tons. They’re conventionally powered submarines and pack a pretty powerful punch, armed with eight 21-inch torpedo tubes and carry fourteen extra reloads. They have the capability to fire almost anything in the western arsenal including Tomahawk, Exocet and Harpoon missiles as well as a wide range of wire-guided torpedoes and mines.

A total of 61 units were built with 59 remaining active, the 2 that are laid up are not due to the design but lack of funds and are out of service due to a bankrupt Argentine navy.

Russian Project 941 Akula NATO Typhoon – The Beast from the East

The Subject of a Hollywood blockbuster (Hunt for Red October starring Sean Connery), the Typhoon class boats are in a class of their own. Their twin side by side inner hulls make them truly unique and combine that with the 20 missile silos it carries forward of the sail it makes it a class of submarine the West has no rival too.

At a massive 175 meters long, 24 meters wide and displacing a whopping 48,000tons submerged the Typhoon’s claim to fame is its sheer size.

On board, there is a sauna, swimming pool, rest area, smoking area and a gym; nothing like this is found on any other class of submarine (except the 949 Antey Oscar II). The Typhoons also carry one of the largest submarine-launched ballistic missiles the R39 (NATO SS-N-20) which is roughly 20% larger than the current UK USA Trident D5. Only 6 of these massive subs were ever built, the Soviet Union collapsed before the class was realised; of those 6 only a modified version remains active which is slated to be decommissioned by the end of 2019.

Those who know their history will be quick to point out that the Americans were not the first nation to put missiles in submarines, in fact, that whole plan goes right back to Nazi Germany in World War Two (unrealized concept). The Russians also had submarine-launched missiles in the very early 50’s with the Zulu IV class, so why does this boat make my list?

The George Washington was the first true SSBN (ballistic missile submarine) as we know them today and a quantum leap beyond what the Soviets had in service. Capable of launching 16 Polaris missiles and critically, being able to do this submerged! Unlike the Soviet subs which had to surface and only carried two or three missiles. The George Washington layout is the layout used all over the world (the exception being Typhoon class) and even China has adopted this practical layout.

George Washington was 382 feet long, 33 feet wide and displaced 9,000 tons. It could fire most torpedos from its 21-inch torpedo tubes however attack was not its mission, the boat was to “hide with pride” keeping its 16 Polaris missiles constantly at the ready for defensive purposes.

Undoubtedly one of the best naval achievements of the century, named after Captain Nemo’s fictional submarine from 20,000 Leagues Under the Sea; the USS Nautilus under the command of Captain Eugene Wilkinson would flash the world famous message “underway on nuclear power”. That day in history was written and world records followed.

The USS Nautilus would do for submarines what HMS Dreadnought had done almost half a century earlier to ships, it made every other submarine on the planet obsolete. At 320 feet long, 23 feet wide and displacing 4,000tons submerged, Nautilus was a large submarine for her time and anti-submarine forces thought she would be an easy large target. Nautilus dispelled all the critics and myths and single-handedly rewrote the naval anti-submarine warfare policy by simply outrunning all who sailed against her in exercises.

United Kingdom HMS Conqueror – The Pride of the Royal Navy

HMS Conqueror wasn’t the first submarine of its type and she wasn’t unique in design, but, she has one awesome achievement that stands to this day.

On the 2nd of May 1982, the HMS Conqueror would become the first and only nuclear-powered submarine to engage and sink an enemy vessel. Fondly known as The Conks, she unleashed 3 MK-8 world war two vintage torpedoes against the equally vintage ARA General Belgrano. Two of the torpedoes would find their mark and sink her in one of the most controversial actions of the Falklands War.

Conqueror was slightly smaller than Nautilus at 285 feet long 33 feet wide with 4,000 ton displacement, but she still packed a huge punch and showed that even though the British Navy was in decline the Empire could certainly strike back. On the 14th June 1982 the white flag was flying over Stanley, the Argentines had surrendered, the Falklands once again were British territory and in no small part thanks to the actions of HMS Conqueror.

If you enjoyed reading this, you might also enjoy my exploration of: