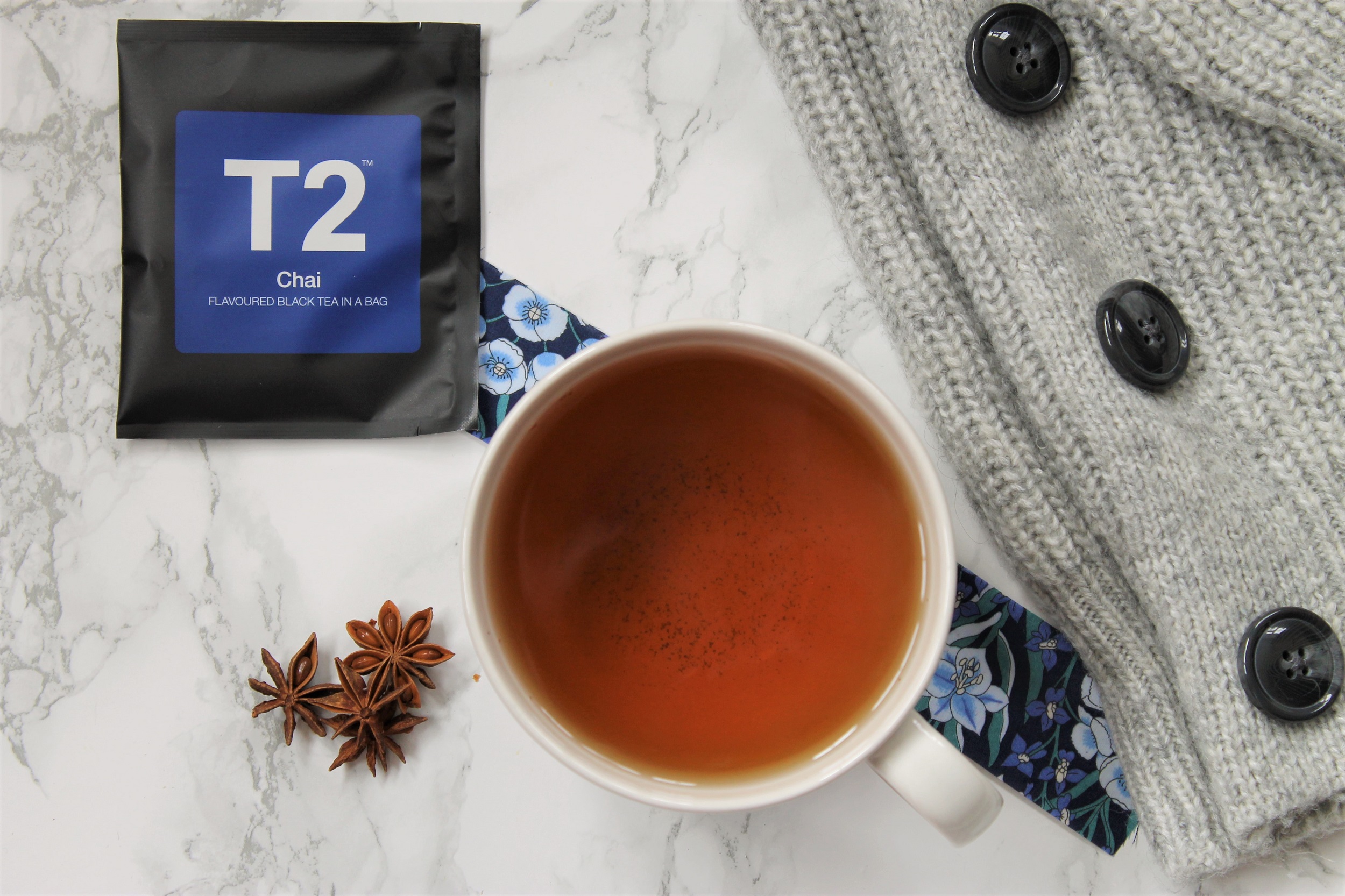 I know I’m supposed to love the sweltering heat of summer, but can we just take a minute to rejoice the fact that we’re now entering sweater season?! This T2 Chai review is my first chai of autumn and it doesn’t disappoint.

Sometimes you just need the weather to be cold, wet, and windy before you can truly appreciate a hot cup of black tea.

I’m reviewing the bagged version that comes in a single-serving envelope, but you can find loose leaf versions on Amazon too. Just use my helpful links below to see your options.

T2 Chai at a Glance

If the very floral, bright, almost bitter flavour of an Earl Grey appeals to you, then you’ll love T2 Chai. It’s a light-coloured tea with very strong notes of cloves in the aroma and flavour. 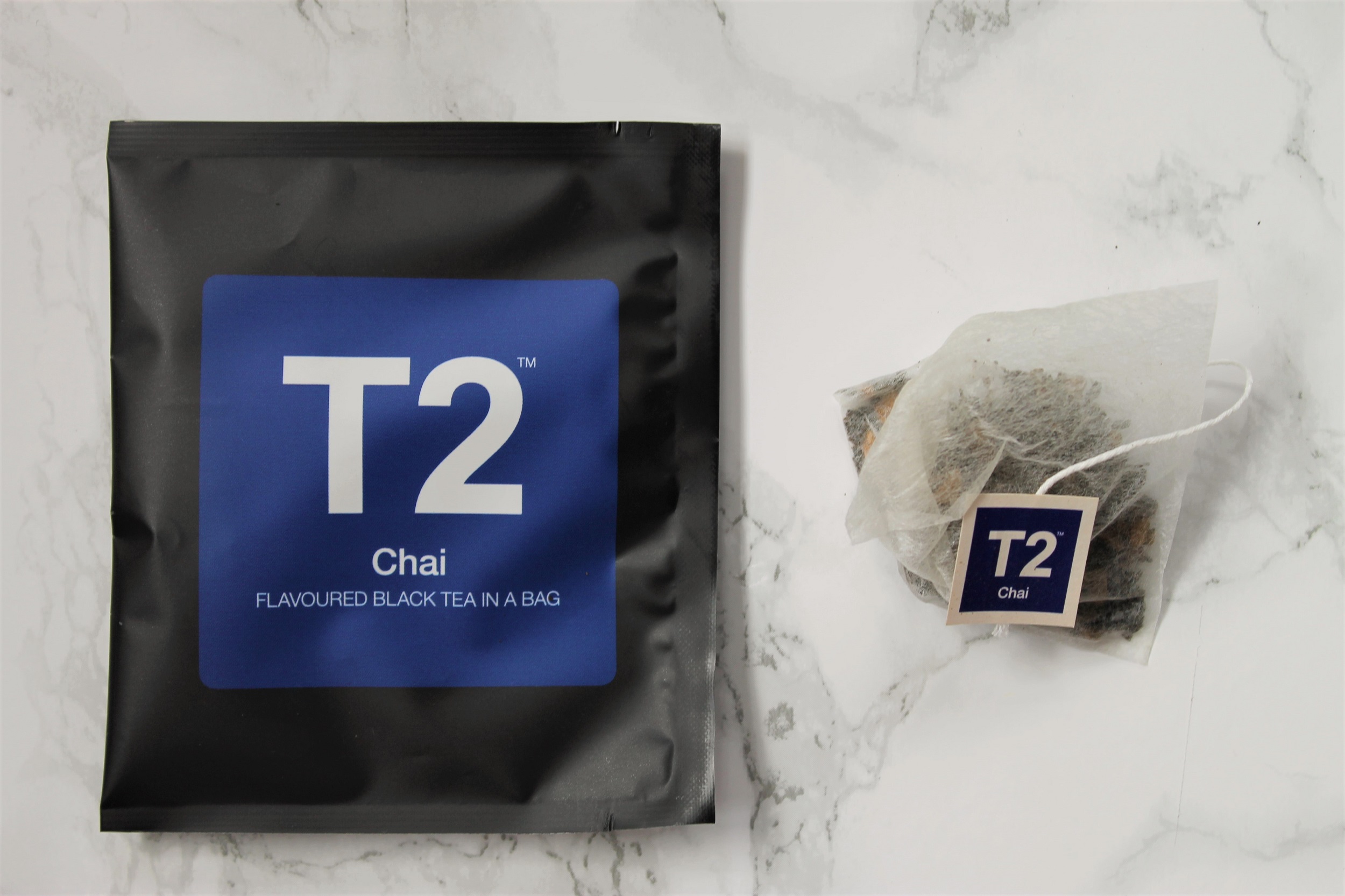 The thickness of the tea packaging was a promising sign. I’ve not reviewed many T2 teas before, so this is all new to me – but so far, I like what I see. Inside the foil wrapper is a single, squished pyramid tea sachet that has a really warming and fragrant aroma. It spills secrets of cinnamon, ginger, and a soft sweetness that reminds me of anise spiced apples.

It brews into a surprisingly light tea, however. It’s clear and bright honey brown, which is not the usual dark colour you’d expect from T2 Chai. I can tell already that T2’s instructions to add milk won’t go down well.

Now the cloves kick in.

And they REALLY kick in.

It’s overpowering in the aroma and flavour. The cloves give off a distinctive floral note that clogs up your taste buds. It’s just too much! The black tea barely comes through and the other spice notes have gone into hiding.

This is a very unbalanced chai.

How to Brew T2 Masala Chai

I began with 3 minutes on the clock but ultimately left it to brew for 4 and a half minutes total. It’s just so light! I’m accustomed to chai teas being quite dark and strong so they can withstand plenty of milk.

If you’re drinking it plain (which I recommend) then stop brewing after 2 minutes and 30 seconds. Or if you happen to love very strong clove-flavoured teas, brew for 4 minutes or longer as I did. Honey might be a nice addition but the black tea is too weak and floral-scented to go well with milk.

Whichever brew time you find is best for you, make sure you use freshly boiled water from the kettle.

At least once a month I browse T2’s website and dream of buying up all their tea. But I always come away empty-handed because I cannot justify spending that much money on tea. In my opinion, they’re overpriced. 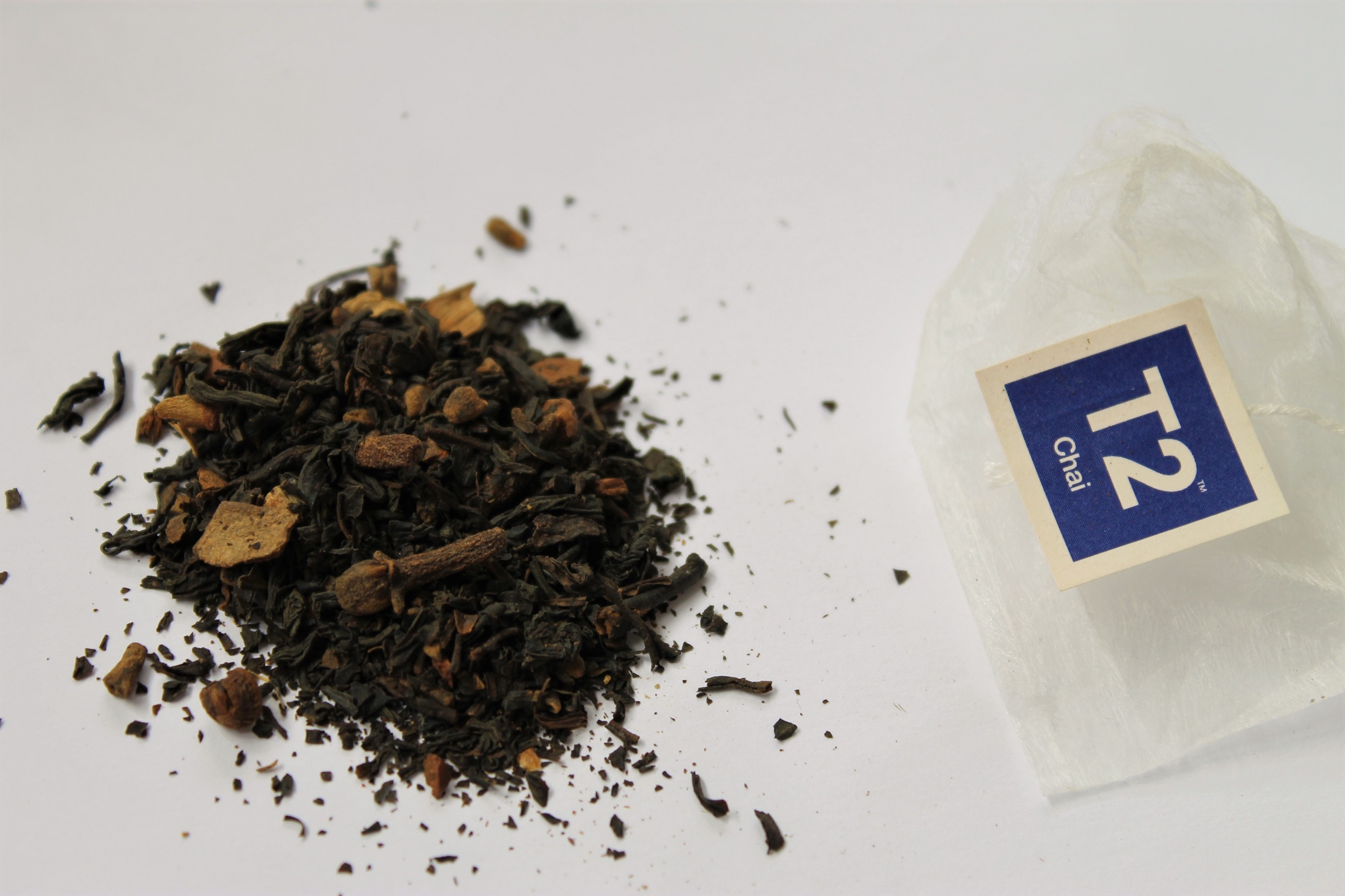 Regardless, I’ve finally got my hands on a T2 tea and I quite like what I see. Even though the cloves were way too strong for my liking, it still feels like a high-quality tea. See how there are whole cloves and cinnamon chips amongst the black tea leaves?

I have no doubt that the quality of T2 Chai is superb… it’s just not my cup of tea.

There’s nothing wrong with this tea. The ingredients are all good, the quality is great, the freshness is apparent… it just isn’t balanced right. If T2 removed the majority of the cloves (or renamed this tea ‘Black Tea with Cloves’) then I could get on-board with it. In its current state, I don’t recommend buying a huge box of it without trying it first.

Buy This Tea from T2 UK 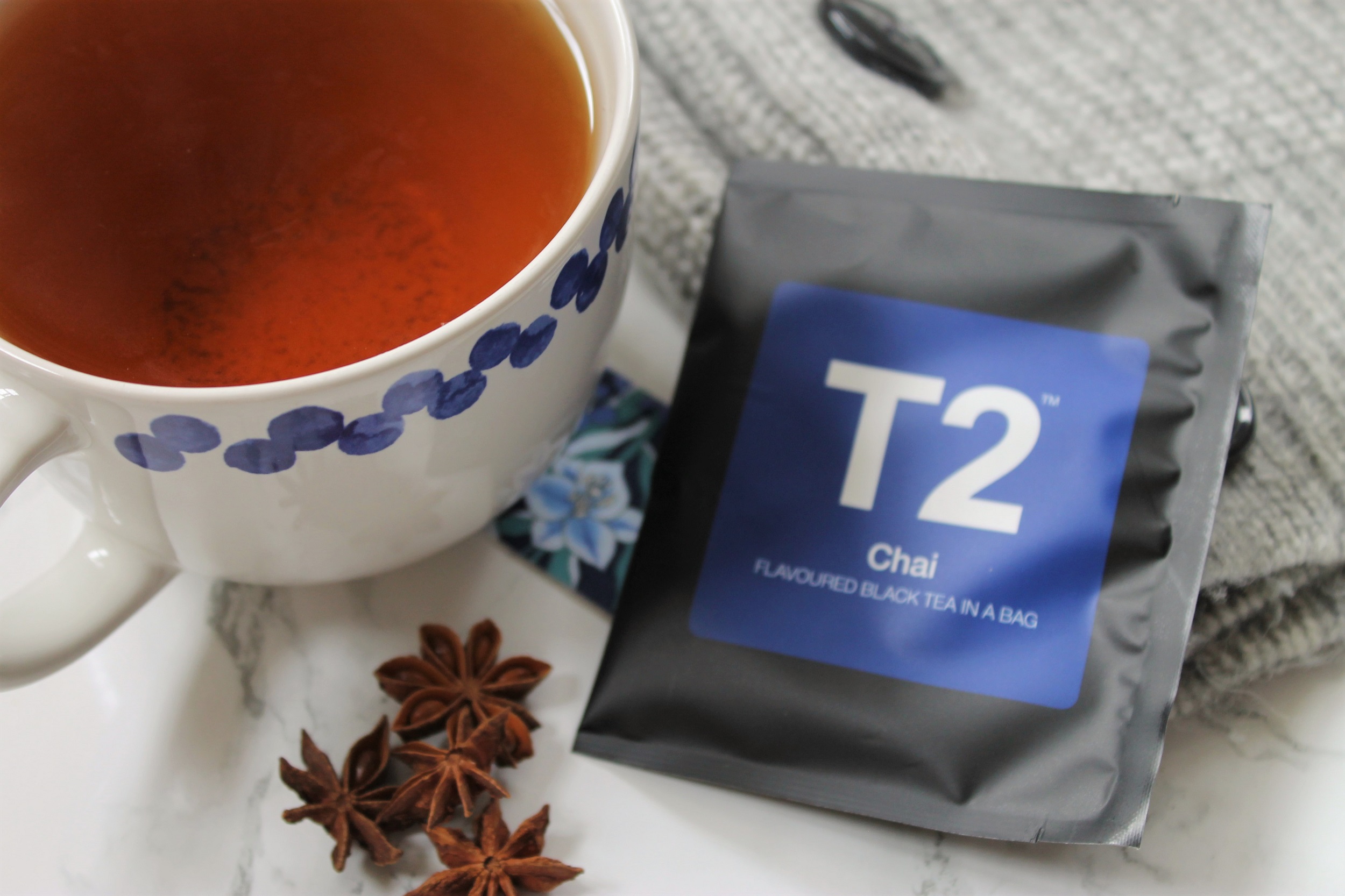 Do you know how many times I mistakenly wrote “Pure Leaf Chai” when compiling this review? It was many times! While this T2 Chai focused on the fragrant cloves, Pure Leaf Chai went for a spicier blend with pink peppercorns and chicory. Both are very flavoursome, unique, and worth trying if you’re a chai lover.