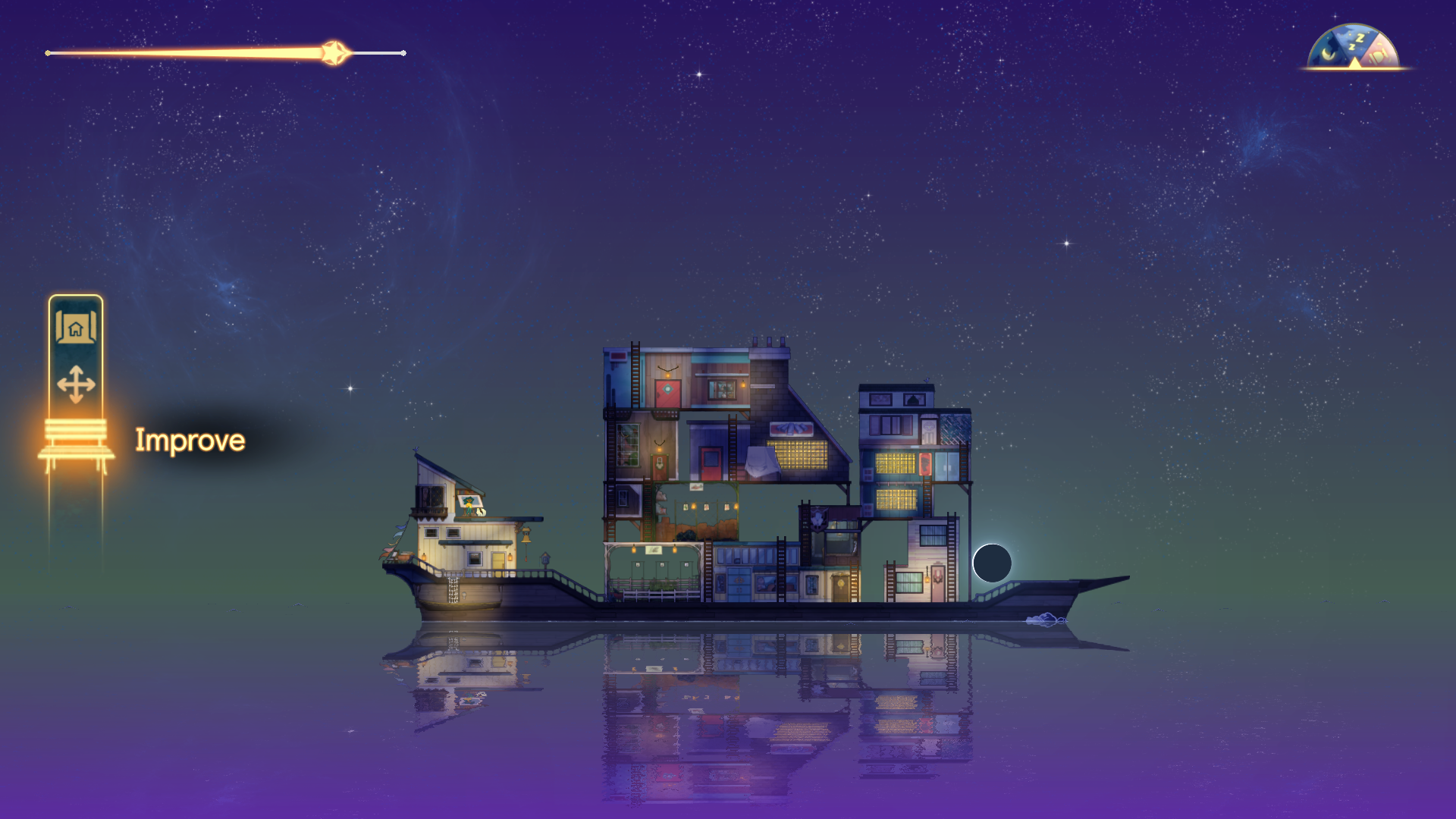 Our first joint game review of Lego City Undercover has been read by a lot of people, so in an attempt to give the people what they want, Izzy and I decided to try and do more joint game reviews. The problem with that is that both of us have very different things we look for in games.

When I saw a trailer for Spiritfarer on Game Pass though, I knew that it had Izzy’s name all over it and I was willing to step outside my own preconceptions to give it a try. So, I messaged her and asked her to download and play it.

What did we think about Spiritfarer?

The first thing that struck me about Spiritfarer is how visually charming the game is. As with Old Man’s Journey (that I reviewed a while back), Spiritfarer has a really nice look. The idea is also a good one and there are many traditional gameplay elements like collecting things, crafting, cooking, and upgrading that Spiritfarer has incorporated.

Another really nice touch is the story and the interactions between characters. Sometimes there are genuinely heart-warming moments along the way despite the characters being a bit silly for lack of a better word.

There were a few drawbacks that made the game a bit tedious for me. The first is that a lot of the tasks are very repetitive and doing the same thing for the thousandth time for very little reward is a bad gameplay mechanism. While the story was reasonable, it lacked direction at times and I often found myself on my ship wondering what I was supposed to do next.

The control set up was all wrong as well, with the traditional A to accept/complete an action not being utilised. For developers, this is a basic universal feature that helps gamers pick up and play easily. Removing this isn’t a good idea or innovative. It might seem edgy in the boardroom but translates to a frustrating game experience.

Another thing that seems edgy is the use of swearing/adult themes against a very child-oriented backdrop. As I played deeper into the game, I wondered who exactly the developers were aiming the game at. Initially I expected a charming kid’s game dealing with loss etc., but instead its humour and language took it out of that realm.

That is a question I haven’t really been able to answer, who is actually playing Spiritfarer? I suspect adult females like Izzy will get some enjoyment from it, but to everyone else it is not going to resonate well.

If you like games that are easy and you don’t want to think too much, then Spiritfarer is a great game to relax with. The game is relaxed, and the pace of the story matches a very casual gaming style. The big bonus for Spiritfarer is the idea and creativity that has gone into developing the idea and it has a charm about it, despite the abrasive edges.

The best thing about the game for me was Daffodil, the cat, which accompanies you but ultimately does nothing important except look cute. That to me sums up my experience and opinion of Spiritfarer. It looks cute, but it doesn’t excite me in any way, though I suspect, I am not the market they’re aiming at.

Although what that market is, is beyond me!

While I agree with Jon’s concerns with the game controls, I had a different gaming experience entirely. Perhaps it’s a generational thing. If you’re a fully grown adult that has no qualms about re-watching films from your childhood and enjoying them immensely, then this is a good game for you.

The quaint characters and childish style combined with the adult concepts and language works perfectly.

If Studio Ghibli ever created a video game from scratch, Spiritfarer is what it would look, sound and feel like. It’s tranquil, relaxing and heart-warming with light-hearted gaming fun. Cooking, collecting ingredients, and simple tasks that don’t require serious gaming.

Of course, just like many Studio Ghibli films, there is a deeper meaning hidden in there if you want to look for it.

The Meaning of Spiritfarer

As the Spiritfarer, it’s your job to find souls that are ready to pass on. You talk to them, get to understand them, and grant their final wishes before ferrying them to whatever is beyond.

It’s a beautiful yet very sad thing to do. It’s also incredibly rewarding, which is what kept me hooked on this game to the end (besides collecting 100% of the collectibles).

Minor spoilers in the next paragraph!

Each soul you meet is someone who already knows Stella, your character. They’re aunts, uncles, sisters and friends… and they all have troubles. From the dragon (addiction) that plagues Summer, to Alice’s forgetfulness (dementia). Infidelity, gluttony, guilt, and remorse are included too.

In my opinion, this is the main “point” of the game. It’s not just understanding and accepting death through a serene game – it’s about these unavoidable human flaws, and how they effect us and our loved ones.

The questions it raises are more about how we live our lives, to me. It makes you question: does this really matter? Will I care about this on my death bed? Will I be lucky enough to have closure before I pass on?

Well, that’s my take on it anyway. There’s a level of ambiguity about the game. It doesn’t shout “this is the meaning behind all the symbolism” at the end. And I like that.

Spiritfarer is really worth checking out. At the time of writing, it’s available on the Xbox Game Pass. If it’s not by the time you read this, I highly recommend buying it anyway.

Looking for something else to play? Check our Video Game Review Index.