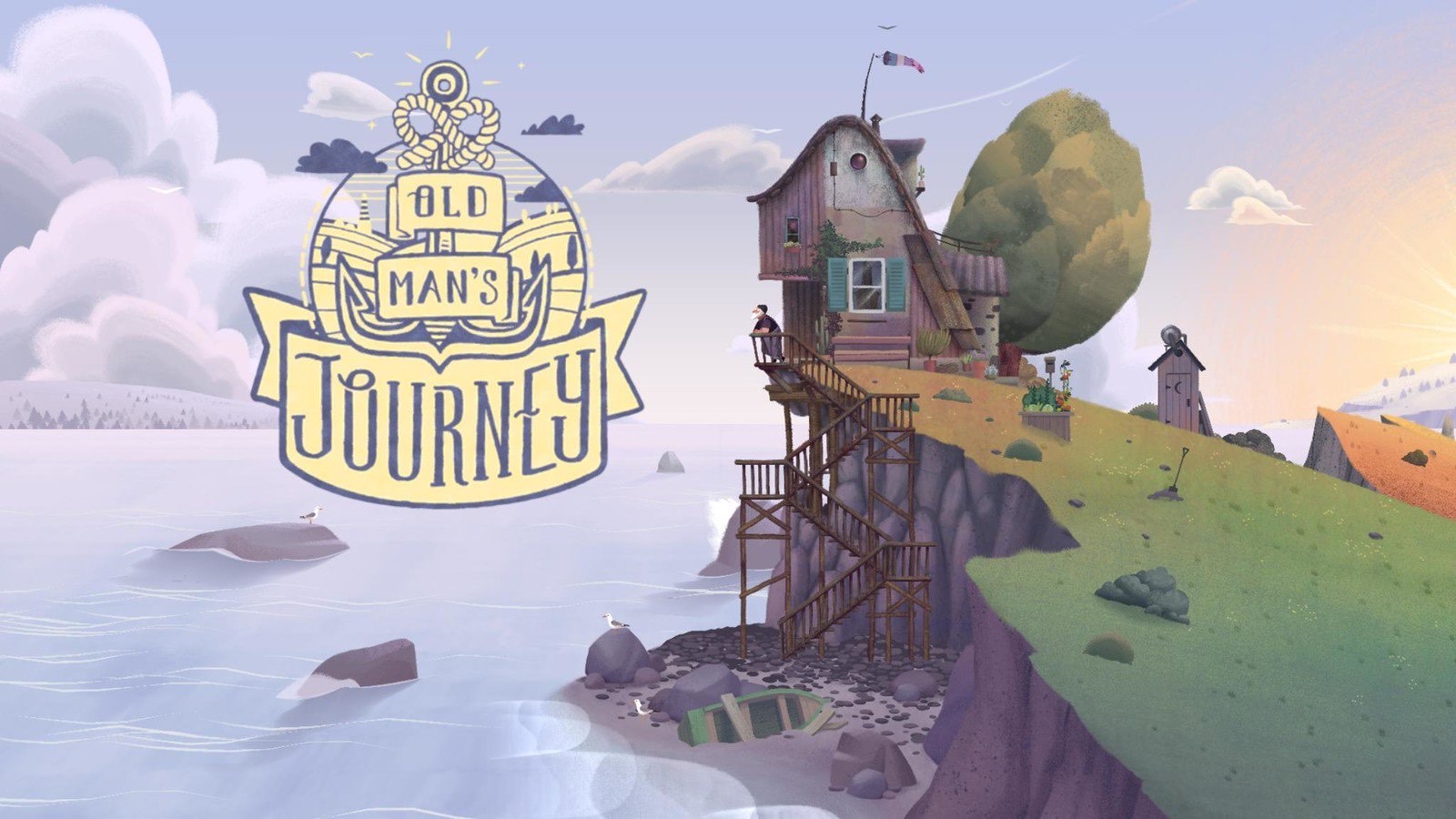 Most of my game reviews probably won’t see much of the light of day and certainly won’t reach the developers – but with Old Man’s Journey, because it is an indie title, I might just reach them. Here is my complete review of Old Man’s Journey.

The Trouble with Indie Titles

Many indie titles are not really what most would consider complete games. They are normally quite innovative because they are having to compete with mainstream titles, and they are often what most would call quirky. All these boxes are ticked by Old Man’s Journey which has a very short runtime of about 3 hours start to finish if you make sure you do the little things along the way.

It also has an almost non-game gameplay mechanism which allows you to traverse the world of Old Man’s Journey with no challenge whatsoever and minimal button presses. In a world of games that reward exploration, Old Man’s Journey is comfortable enough to allow the player to passively click through to the end of a story – which is innovative but also a little boring.

It also has a very different approach to graphics and the whole visual aspect of the game is more in keeping with a children’s storybook or cartoon. The art direction on the game is one of its strongpoints though, so in this case, different is good.

The game of Old Man’s Journey though epitomises the problem with indie titles though, it hasn’t got the budget to create a deep and abundant game world and it doesn’t create enough of a game to warrant any money being spent on it. I played it as part of my game pass – if I had bought the game, I would feel a little short changed.

The story in the game has received some (although limited) praise and while it was a good story, it wasn’t something that we haven’t seen a million times before. In fact, I was a bit disappointed by the ending because you could see it coming from a mile off and it would have been nice if the writer had put a bit more time into creating a more rounded story experience.

The game claims to be about coping with love, loss, etc. Yet it fails to hit any of the notes. You never really feel happiness or joy during the love scenes and you certainly don’t have an emotional response to the loss aspect.

The story was far too predictable which made it an abstract experience rather than an immersive one. Honestly, from the reviews I expected the game to challenge me emotively, to frame love and loss in a way that made me consider those emotions and maybe even see them in a different light.

Old Man’s Journey isn’t the journey it should have been. It is more reminiscent of an old man groping his way in the dark for the toilet at night rather than the transcending journey the reviews suggest it to be.

Another big issue with indie games is that gamers are more likely to be forgiving because they know it was made on a shoestring. But I can’t be kind to Old Man’s Journey I’m afraid because if I had bought it, it would have set me back over £8 on the Microsoft Store, and that is simply too expensive to warrant kindness.

But the developers knew they could get more funding and generate more revenue making a game so they added in some very basic (and I really mean basic) gameplay to make it a game.

Old Man’s Story is a game that looks wonderful, the artwork and use of imagery to tell the story is excellent and I can’t fault the artwork team. The story is as basic as the gameplay though and if you pay for it, I should imagine you will feel as though it wasn’t worth the money whatever the price.

My recommendation is to check out the first scene on YouTube and look at the gameplay mechanism. If you are happy to do that for three hours of your life as a simple (albeit pretty looking) story is told, then download it as part of Microsoft’s game pass or whatever the PS4 equivalent of that is. For those that want to spend the cash, at least you will know exactly what you’re buying by watching the intro and first gameplay, because I can assure you, it is the same throughout.

Three hours is a very short game in terms of games, Old Man’s Journey feels long, like a film that just drags and you spend the last hour or so wondering how much longer it is till the end. It currently has a score of 3 out of 5 stars online – but then I did say people tend to be kinder to indie games…