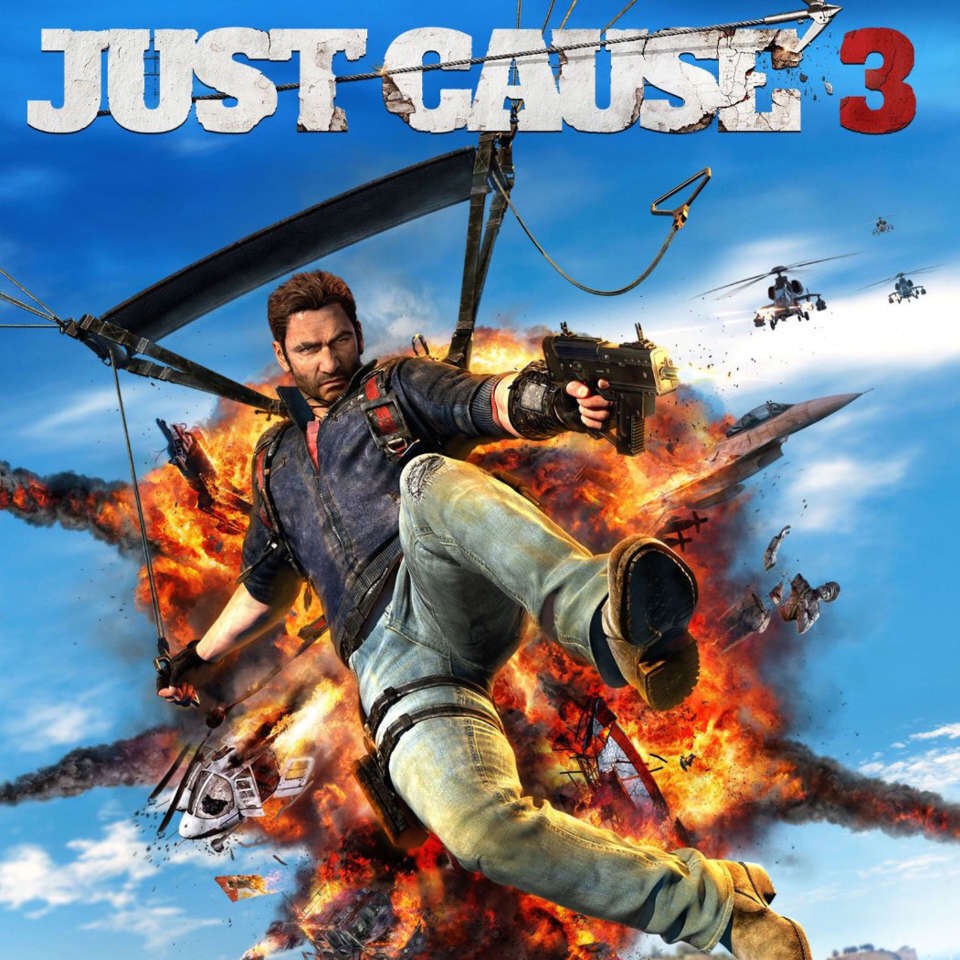 Background for Me and Just Cause

I first played Just Cause 2 after I had played through one of the Far Cry games on Xbox 360. Whereas Far Cry was plodding and meticulous (a bit dull), Just Cause 2 was a breath of fresh air.

Simply rushing around, taking over an island and blowing stuff up was just what the doctor ordered back then.

It meant that when I first got my Xbox One, Just Cause 3 was one of my initial buys. Then it sat in its wrapping as many of my games do. Fast-forward to now and I got an urge to see how much improvement Just Cause 3 had made since its second instalment and it was soon unwrapped and installed on my console.

Initial Thoughts to Just Cause 3

Playing the game immediately took me back to the second game, I had the same great looking open world environment and lots of places to conquer in the name of a revolution. This time I was placed into a pseudo Latin-American country (based on Cuba?) instead of an Asian island setting of Just Cause 2 which was undoubtedly based on North Korea.

Then the next thing I realised is how frustrating the gameplay of Just Cause can be. The controls aren’t fluid and the amount of times I zipped somewhere I didn’t want to be or got stuck zipping somewhere (which always spells death) was innumerable. I spent fifteen minutes trying to work out how to get in cover which I gave up and researched online, finding that there is no cover system in Just Cause.

Instead you rely on zipping out of harm’s way and recovering your health. Considering the above dodgy controls with zipping I found that this meant that I died unnecessarily. This bothered me – a lot – I don’t like dying on games and I don’t like games that have dying as a common occurrence built into the gameplay.

Reviews and Scores for Just Cause 3

I looked up the score for Just Cause 3 prior to playing it and in hindsight looking at the many average scores of 8 out of 10 I am struggling to see why. This led to a lengthy discussion with The Subtext about scores and games. Just Cause 3 must have seemed like an awesome game at the time and thus achieved the 8 out of 10. But it has aged badly and if I had to give it a score, I would be aiming more at a solid 5, possibly a 6.

There are four key problems with Just Cause 3;

Yeah, I know I have mentioned this, but they are so frustrating. In comparison to the zipping in Assassins Creed Syndicate these controls are poor.

Many open world/sandbox games suffer from repetition. Even the mighty Rockstar games suffer from this, so I wasn’t expecting Just Cause not to have some repetitive elements. The problem was that it was all so samey-samey. Blow this place up – raise a flag – now blow this place up – now this place – you get the idea. There was far too little diversity in gameplay and it was so mundane that I found I really needed to force myself to liberate the entire map.

Sub-Par Story That Has Been Recycled

Save for a couple of added characters with meaningless arcs, the story of Just Cause 3 is completely interchangeable with Just Cause 2. It was really lazy story development. I am amazed Square Enix paid people to write the same story over again.

The Just Cause 3 map is really large. But it is also pointless, most of the map is dormant (not used in gameplay and serves as simply map space) and there is very little to do on the map even when you do come across an objective (which are all marked on the map anyway).

This would be semi-bearable if you had super-fast jets that could traverse the map in seconds. After all in real life a jet travels at Mach-two easily which is 2469.6KPH. But no, jet fighters on the game max out short of 400KPH.

If ever there was the opportunity for a game to use the world and jets to create an awesome dogfight aspect to gameplay it was Just Cause 3. The jets are slow and handle like pigs. Try and pull of manoeuvres at your own risk as often this engages the camera angle function and before long you are looking elsewhere and your jet is nose-diving. If you’re not going to do it properly then don’t do it at all.

Conclusion – How Good is Just Cause 3?

The answer in short is that it is okay. There were some things I liked but these were few. I liked the celebrity that had been captured and was forced to broadcast propaganda on the radio – he was funny and the only highlight of liberating a military camp. I liked the overall look of the game, it looked nice. Blowing stuff up was okay too, it was satisfying to blow things up.

“What do players want?”

“To blow things up.”

“Okay let’s make more stuff for them to blow up.”

And that was all she wrote. Just Cause 3 was served up to us as if we would be appeased by blowing more stuff up than Just Cause 2. It seems to have worked. Not for me though.

I really hope there is a hell of a lot more depth and engagement in Just Cause 4.

Find ‘Just Cause’ Games on Amazon