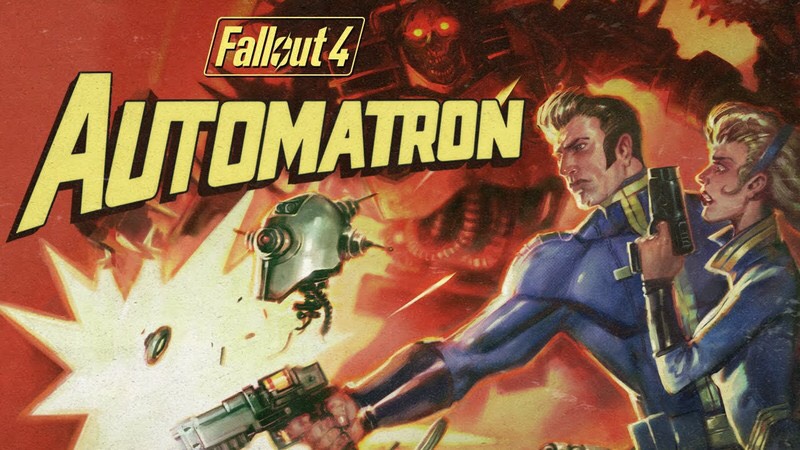 I recently completed the main story (and pretty much every side quest, apart from those ones that go on forever) of Fallout 4 and had mixed feelings that I discussed in my main story review. I loved the fluidity of the game and felt that Fallout 5 would be able to offer a truly remarkable gaming experience if Bethesda build on the blueprint they have for Fallout 4. However, I did find that the game wasn’t carefully finished and there were elements of the game that were left completely unexplored and overall lacked the production value of other open-world games.

One of my biggest issues with Fallout 4 is that once you have finished the game there is no reason to play on, there is no real story mechanism to continue to finish levelling up and restoring the commonwealth to its (almost) former glory. This again was Bethesda laziness in my opinion as even a loosely put together story with simple quests with your chosen faction to base build and reach higher levels would have added at least another 20-30 hours worth of gameplay. All of which could have culminated with a final cut-scene that shows the commonwealth under your control in a faction specific way.

But… we can only dream…

What to Do After Completing Fallout 4?

Well, there are a few things you can do once you have completed Fallout 4. You can be annoyed at the inner completionist that wants all the achievements not knowing that you would need to prepare for this (and ruin the story) from the outset by using carefully placed saves. Then you can weigh up playing through again, abandoning your character and all the work and MANY hours you have put into that character and side with factions you wouldn’t have wanted to side with but are FORCED to.

Yeah, not for me and achievements are a major annoyance with Fallout 4 which goes a little further because Fallout 4 allows and welcomes MODs. Admittedly, Fallout 4 is the first game I have played that allows MODs as I am a console player and MODs have always been in the other realm of gaming (on the PC). Anyway, I looked up some of the truly amazing and game enhancing Mods available and thought, hell yeah, my game just got some extra playtime.

I was however sorely disappointed to find out that MODs disable achievements and before you ask, there are no MODs to enable MODs and Achievements. Which sucks ass. Especially as I still have a few achievements that I can get through DLC.

This was my next port of call, begrudgingly as I should have bought the game of the year edition in hindsight. Instead I am lumbered with the cost of each DLC or rebuying the game to get all the DLC. Nevertheless, so keen to get another bite of the forbidden fruit and to see if I could actually get the satisfied feeling that I suspected Fallout 4 might provide, I purchased Automatron.

I feel like many people made the same kind of points about Fallout 4 before me and Bethesda purposefully took some points on board when making Automatron. First off, Automatron is a lot more difficult (even though it is around 4-5 hours long) than the whole of Fallout 4 put together. In the final battle, I actually had to use a fair few Stimpaks and despite being level 77 (yeah, I really did play a whole lot and all the side quests to boot) it still posed a challenge.

Not a very hard challenge mind you, I didn’t die or have to replay any parts which you expect from a truly difficult game – but certainly more of a challenge than Fallout 4.

I also got a final battle that was worthy of its build up which was a key criticism of the main quest line, that it just didn’t have any real battles. That being said, it was still a long way off of being an epic battle. Instead Automatron puts you in an enclosed space and releases waves of attack on you.

Having finished it I am still hoping for a truly giant battle quest that I suspect will never materialise.

I also get to build and create robots as a result of completing Automatron which I guess some fans asked for and in some cases would appeal to people, I just am not really one of those people. Its okay the first time but I won’t be spending much time building robots in the future. I also feel that because I chose the institute main quest that I should be given the option to govern the institute and choose how it progresses as an organisation including creating synths… instead I get to craft a crumby eyebot… yay!

I mean how cool would it be to create a new type of courser? Maybe just me.

Automatron was okay, nothing special, nothing memorable but not bad and not out of sync with the Fallout 4 main game. Sometimes DLC seems out of place in context of the main game, Automatron fits in so well that you overlook it entirely after you have played it.

The added gameplay is meh, the story is passable but simple and the price tag is too high. But, it does give you a few extra quests and achievements and it does give you the option to make eyebots… if that is your thing.

If you spot if for a couple of pounds (a few dollars) then pick it up. Anything over a fiver (which it is on Microsoft store) and you are being mugged off, unless you really, really want to build eyebots… then it is maybe worth it.

Next up, Far Harbor or Nuka World… I am not sure which yet… but I am under good authority that both are markedly better than Automatron, though they are double the cost.