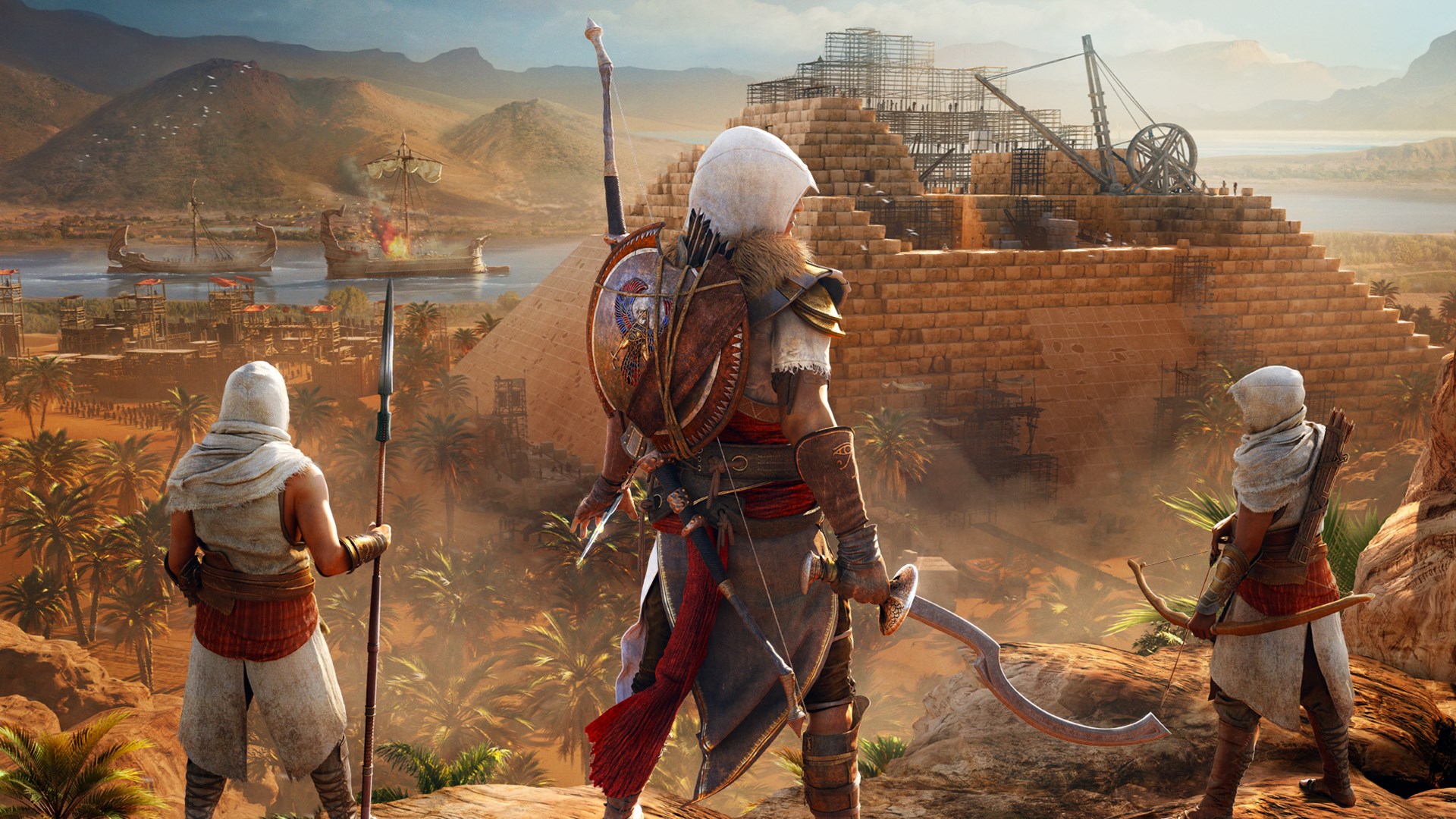 I recently gave a full review of Assassin’s Creed Origins which was positive in some respects but overall I was left a bit underwhelmed by the game. I did, however, want to see if the DLC added a new layer of enjoyment to an otherwise average at best game.

I bought the Season Pass or whatever version of DLC comes with both the Hidden Ones and The Pharaoh’s Curse add-ons as well as some equipment which off the top of my memory was something centurion themed. It’s safe to say that the equipment wasn’t even looked at and one of my bug bears about the original Origins game was that it wasn’t very culturally aware and it was set in the wrong ancient Egyptian era to do the culture proud.

It was even highly off the mark with their depictions of Greeks and Romans, I am not sure if the development team has been to Italy or Greece, but the depiction of them as pasty white was contemptible. But enough on how much the main game grated on me… to the DLC.

Right off the bat, I can tell you that The Hidden Ones was exactly how the main game should have been. Interesting side missions and a reduction of boss battles and increase in stealth and assassinations. The Hidden Ones also really delved into the Assassin’s Creed brand as well and the story development of AC through The Hidden Ones DLC was better than the entire 80 hours of the main game.

Playing through it, I was finding myself enjoying the DLC and then getting frustrated that I had suffered the tedium of the main game when the developers were capable of stringing together decent DLC. Or was that the plan all along, to sell the DLC? Maybe I am too cynical.

It was achieved, in my opinion, by listening to feedback and keeping things simple. Games that pull off big narrative twists do so because they were thought of as part of the story. Not because most games have a twist so let’s try and contrive one into the plot and hope that it dupes players.

I digress once again. Don’t expect a different game with The Hidden Ones, it still has the clunky combat system and fairly mundane by now location exploration. Albeit on a much smaller map making it more of an enjoyable space to explore. The phylakes got a showing in a slightly different form and all in all I went into The Pharaoh’s Curse with a bit of my hope in the Origins game restored.

The Pharaoh’s curse took the time to explore a little bit of the actual ancient Egyptian culture and history and even managed to resurrect our most well-known Pharaohs in the process. I still would have liked to have played during the fourth Dynasty when Snefaru, Kafre and Khufu were building these huge pyramids. Wouldn’t it have been great to explore ancient Egypt at a time when the pyramids were under construction?

Either way, The Pharaoh’s Curse adds a sprinkle of magic and intrigue and does it relatively well – i.e. it doesn’t come across as silly or over the top. Yes, there are the same glaring inaccuracies that we have come to expect from Assassin’s Creed as a franchise, their history often falls far short of the truth and save from fairly common knowledge they don’t really give much insight. I mean, when did you last play Assassin’s Creed and feel surprised about something? If it were really historically accurate there would be little historic nuggets of information around every corner.

The only thing that surprised me about Origins was that much of Egypt lay in ruins by the Ptolemaic period which I am not really inclined to believe. Of course, some things would have shown aging, but the Egypt of the game isn’t unrecognisable compared to the Egypt of today – so either things haven’t aged over the last 2000 years or Assassin’s Creed got lazy in their research… again, I think we all know the option we would choose there.

If you found Origins an okay game or even if you enjoyed it, the DLC is well worth the expenditure and visually The Pharaoh’s Curse is excellent in places. If you missed using stealth to assassinate targets, then The Hidden Ones has you covered. Both are worth the money of the Season Pass (or whatever it is called) pack. The equipment you will probably not be all that fussed by unless you really dig Bayek dressing up as his main opposition. I will play Odyssey at some point, but I am taking a break from Assassin’s Creed games as they demand a lot of time and for the most part, are unrewarding.

If you don’t already have the game, you can buy it on Amazon.