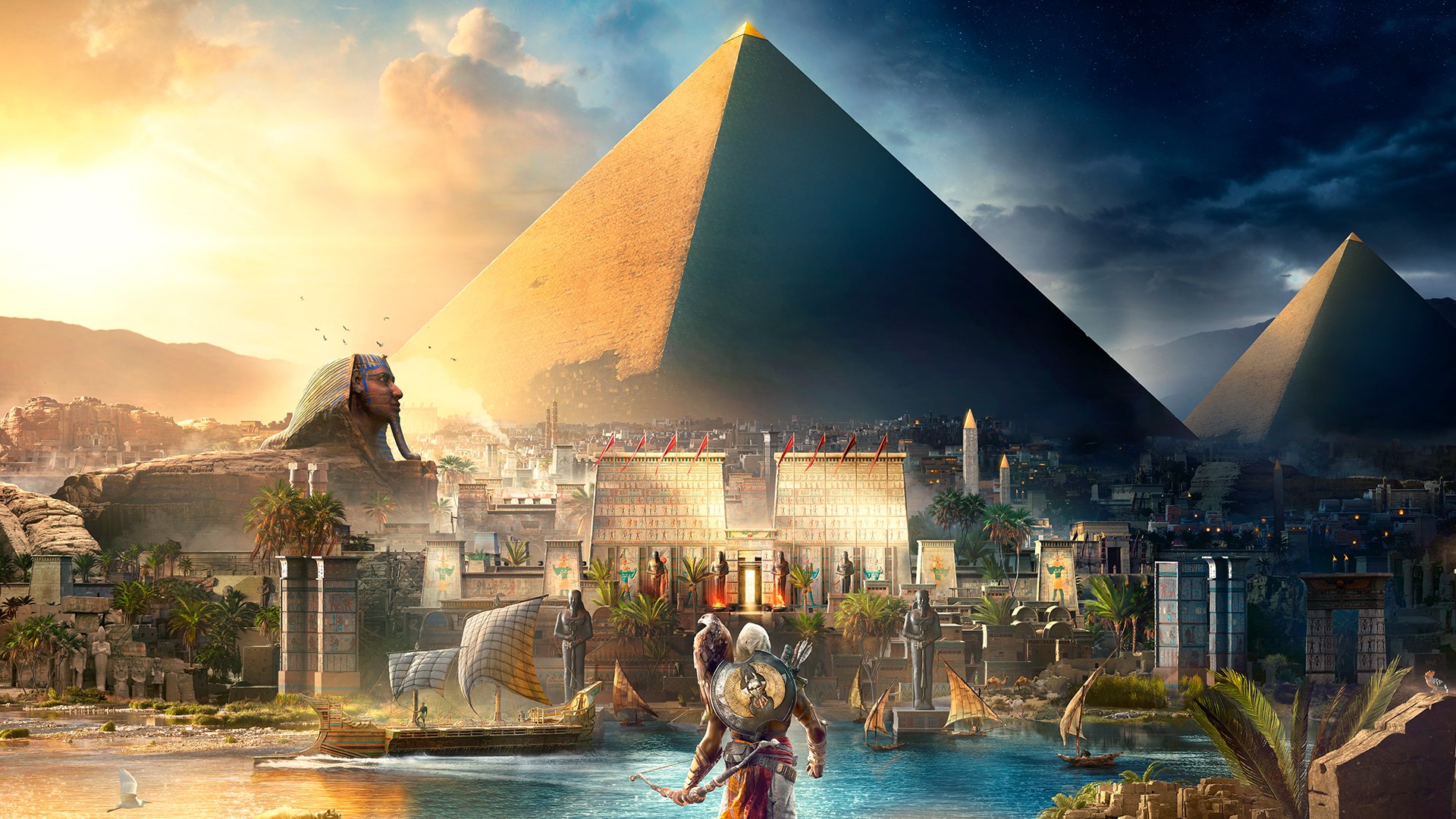 After the enjoyment of Assassin’s Creed Syndicate and having a general natural interest in Ancient Egypt it seemed a no brainer to move onto Origins at some point. I went into this game with a high level of excitement and also a high level of expectation. What I found was that the game had some big problems that made it a bit of a mess. Instead of my traditional review format, I am going to elaborate on certain elements of the game in a list style order.

For anyone that has played the game or heard about the game, one of the “impressive” things that you will be told about is the map size. And don’t get me wrong, it is a truly huge map and has even more space added on with the DLC.

The problems for me with the map/world of Origins is this;

I would have preferred a map that was smaller but more interactive. It makes no sense at all to me to have a large map unless it adds to the enjoyment of the game.

There is nothing whatsoever that I liked about the combat of Origins. It needed to be a whole lot more intuitive and responsive to work and for the most part it is as much of the game is a clumsy mess.

For example, there is no point blocking anything because it takes too much time to block and even if you do manage to get your shield up – the attack will likely still cause damage. Seriously, what is the point in the whole blocking system?

Attacking was not much better and dodging was a gamble anytime you pushed it as to whether you would actually propel yourself out of harm’s way. Sometimes you did, sometimes you didn’t.

Ranged attacks were adequate but not great and I feel that you should get some kind of auto-lock on ability to unlock.

Lastly, the hidden blade was pretty shit throughout the game even when it was levelled up. At max level it still didn’t always kill all targets, which is ludicrous considering that it is lodged in an artery.

There are good points and bad points about Ancient Egypt in Assassin’s Creed Origins. I will start with the good points to prevent myself going into full rant mode.

Firstly, the locations are for the most part done well. I liked little flourishes like Bayek saying the Sphinx was smaller than expected and the Pyramids were all done very well. I have no idea how historically accurate the locations were, but I get the impression that the Origins team put a great deal of effort into trying to recreate Egypt as it looked historically.

Of course, I have no real knowledge about how it looked and I suspect the majority of gamers will now blindly trust that is how it looked without actually knowing. In terms of the era, it feels of that time so I can’t fault the design of how the game looks.

This is the almost the most frustrating part of the game for me. Wandering around Ancient Egypt in Origins and you realise that much of the map is in ruins. While this is probably accurate of that time, you can’t help but feel that the developers really missed the boat by setting the game so late in Ancient Egyptian history. I would have much preferred playing the game at the time one of the pyramids was under construction or when one of the great Pharaohs was on the throne.

The Ptolemaic period is probably the weakest part of Ancient Egyptian history and if I were Egyptian I would be quite offended that they chose to set the game after Egypt had essentially fallen. Cleopatra isn’t an altogether likeable historical character and moreover there are elements that Origins got very wrong historically – just not how the game looked. 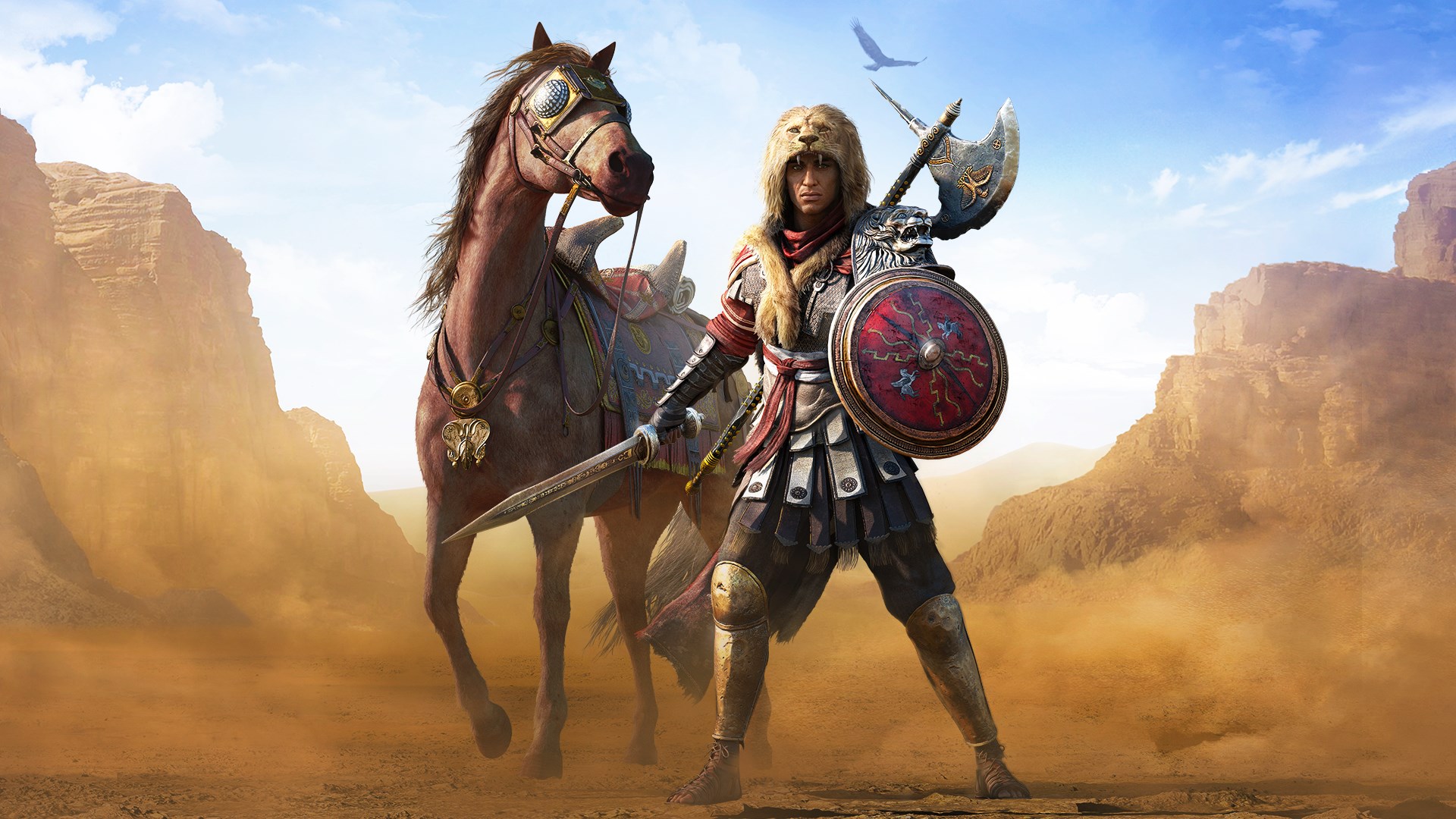 The thing I found most grievous about the portrayal of Ancient Egypt in Origins is the gods. It goes without saying that sifting through information about the gods of Ancient Egypt is going to be a nightmare because there are so many. But they made some huge blunders;

All these things ultimately lead to a very skewed and westernised Ancient Egypt that is more Ancient Greece and Roman fusion than is historically accurate. It is also very important to realise that although areas fell under Roman occupation, they were rarely stripped of their cultural identity in the way that Origins implies.

The Story of Origins Is A Shambles

Partly this is because side missions are literally bombarded on the player making it very difficult for players to follow the main story and partly because the main narrative is such a mess.

The creative team that wrote this story clearly got bogged down in the idea of moving the player from one location to another to the point the story becomes a mess to follow. A key part of this is that you make your first assassination in a completely different part of the map to where you start the game and then when you “discover” this location during gameplay it gets extremely confusing when people are talking to you as though you have a deep history there. This deep history was glossed over in blink and you will miss it fashion and is nothing short of shambolic.

Then there is the story of Bayek and Aya which has what seems to be a big finale but struggles because the relationship not only seems improbable to start with, it is for the most part unbelievable. The stagnant dialog between the two and the lack of emotional connection except a really weird “sex scene” makes the whole arc silly. For us to care about an outcome we need to care about the journey and Origins does an awful job of this.

Some of the stories in the game are well told. But because the overall story is such a mess there is little room to be positive about the smaller stories that were told well.

There is one part of the game where Origins is very much invaded by Final Fantasy. Which is okay if it was a throwaway cut scene. Instead, the weapon and shield that the player is rewarded with are extremely powerful and actually detracted from the actual Assassin’s Creed quests which gave equipment.

There is one story later on with a bow that could have provided an excellent legendary ancient bow – instead you get a rare bow that is more or less disposable. But the non-Assassin’s Creed quest nets you two items that you will rely on for a big part of the game. Stupid. 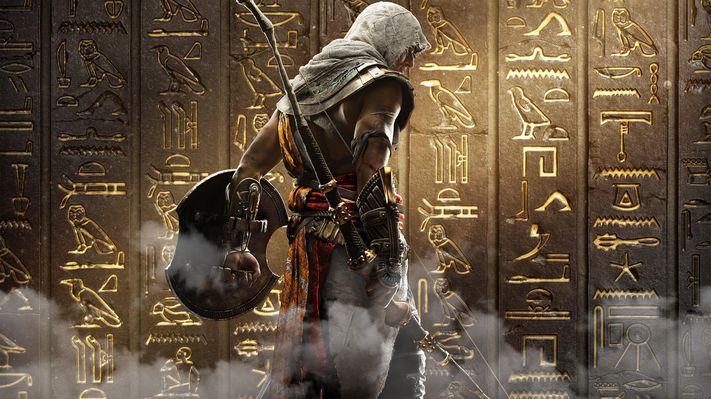 In Aya, I feel like Assassin’s Creed developers have tried to recreate the likable Evie from Syndicate. Unfortunately, they failed on so many fronts. Most of this was story based, but a huge issue I have with Origins is that it cheaply makes you play as Aya (a character you have done no work on) to fight bosses in order to make those boss fights harder.

Either allow the main character to fight the bosses or don’t have the boss is my viewpoint. If you can’t legitimately develop a difficult boss for a levelled-up player then your development team sucks. If you can then don’t cheaply insert Aya into the fray.

Either make Aya a fully playable character like Evie or don’t. Simple really.

The Cardinal Sin is the Assassinations

When I buy an Assassin’s Creed game I expect to have to carefully plan and execute my assassinations by using the game world and maybe even outcomes of side quests to help me. I expect to immerse myself in the mini story of each assassination and then enjoy completing it.

Origins fails completely on assassinations. The assassination stories are absolute dogshit and most of them either occur in non-stealth scenarios or are replaced entirely by boss battles.

Which goes back to my point about Final Fantasy, if I wanted a game with boss battles, I would play Final Fantasy. I want a game with stealth and cunning and intuitive gameplay, so I pick up Assassin’s Creed.

All of this leads neatly into my conclusion.

Assassin’s Creed Origins is a decent game to play and has some very enjoyable moments. Killing Phylakes is immensely satisfying and some of the side quests are really-really top level especially around the tombs and uncovering Animus type stuff.

But – it isn’t an Assassin’s Creed game. It has become something else and there is not enough of whatever Syndicate had, that this doesn’t. It isn’t as intimate as Syndicate. It isn’t anywhere near as believable and the assassinations are all over the shop.

It has made me appreciate Syndicate even more. Origins best is summarised in two words – confusing mess. Find out for yourself.