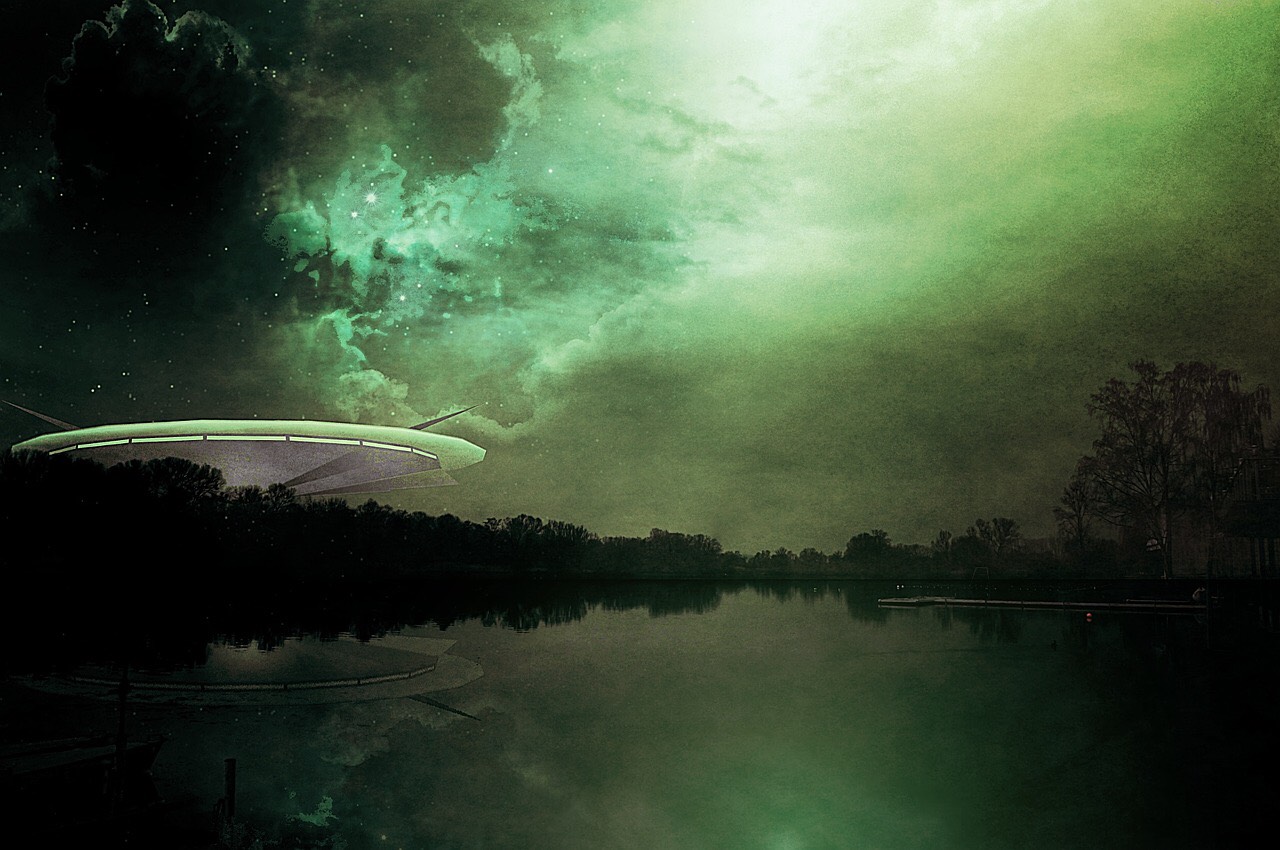 I recently wrote an article about the fascinating object traversing our solar system called Oumuamua. In it, I was liberal with my viewpoint on aliens and did spend a lot of time discussing how this object had captured the imaginations of the UFO enthusiasts.

I find people ask if I believe in a lot of things after they find out I believe in God. It seems as though a belief in God is like opening the floodgates and out follow the ghosts, giant serpents that bite their own tails and of course aliens.

In all seriousness, of the pseudo-sciences, alien life and UFO visitation is probably one of the more credible theories and one that if it ever materialised to be true, I wouldn’t be at all surprised.

But if you care, here is my reason for why I don’t believe in aliens.

My Definition of Aliens

It always makes me chuckle when I read scientific papers or interviews with scientists who say on the one hand that they expect to find life on Mars and on the other that an intelligent being visiting us from another planet is out of the question.

My definition of alien life is exactly that, life that doesn’t originate from Earth. That is important because life can exist in our immediate solar system as a result of what would be akin to cross pollination in the plant world. In other words, life could in theory stray. It is reasonable to assume that life at a bacteria level could be on a probe that lands on a foreign planet and is then later discovered as life on that planet.

The Reason Aliens Don’t Exist in My Opinion

The reason has already been succinctly explained by way of a paradox called the Fermi Paradox.

For those unfamiliar with the Fermi Paradox, Wikipedia has a very precise overview of it. For brevity I will include a simplified version here.

Of course, the Fermi Paradox is put in a much more complete way and uses things like logic, mathematical chance and probability to postulate a reasonable basic set of expectations for the existence of alien life that aren’t met.

Elaborating on the Paradox with Evidence

It is all well and good to give some whimsical paradox and answer in some sing song way about how aliens don’t exist. The truth is the paradox is not a proof, it is more a set of guidelines that we know and understand and the expectations we make from that knowledge.

There are some key areas that I think support the Paradox scientifically.

Proximity to the Sun

My belief is that the Earth is unique in the universe for a number of reasons. Firstly, it has exactly the right proximity to the Sun to sustain a wealth of life variety.

This is often overlooked for specificity as the main area (Goldilock’s Zone) is used to describe the space a planet should be in relation to its star in order to be habitable. The reason the specificity is overlooked is that not all goldilock’s zones are created equal and stars are different sizes so their habitable zone will be different.

Earth (which does support life, lots of it) would not be able to support life if it was even a fraction closer. But a fraction in space could be huge, so here’s the stats, latest scientific understanding is that if the Earth were closer to the Sun by just four times the distance of the moon to Earth, it would be uninhabitable. The moon is very close to the Earth by space measure, so four times this distance isn’t at all large in space distance. It is tiny.

Wait, what? Jupiter? How does that have any bearing on Earth having life?

The Earth is a very unusual planet, sitting at just the right distance from its star, and also protected by an equally unusual pair of gas giants. Saturn and Jupiter (more so Jupiter) are instrumental in protecting life on Earth.

In most simulations the role of Saturn and Jupiter in the early solar system are profound on the formation of other planets. There are a number of things claimed within the scientific community about Saturn and Jupiter, these are;

Whether or not you believe any of these theories there is something very interesting about Jupiter.

Its gravitational pull and size are very good at acting like a shield to the Earth. In a solar system without Jupiter or Saturn, the surface of the Earth would face an assault from space rock that was thrown in (and would naturally gravitate towards the Sun). Jupiter not only catches a lot of this debris (some still make it to our surface) but it also diverts debris away from us.

You could think of Jupiter as continually sweeping debris away from a collision course with Earth or if you’re like me, think of it as Captain America’s shield.

Okay, here is where I draw a conclusion from these two facts. The issue is, there is still not much understanding on either fact so the conclusion does take a leap of faith.

The idea that we are in the Goldilock’s Zone is nothing new. The more pertinent aspect of this is that with every measurement we are making with the Earth and its position with the Sun we are finding this zone is narrowing.  It is possible that as our measurements become more sophisticated, we have a very tiny Goldilock’s Zone.

If it turns out that life is dependent on a very fine-tuned distance for planet to star (as well as size and heat/radiation) then it could in itself mean the mathematical probability for finding another like us is impossible.

The next is that the conclusion is drawn using the second fact in correlation with the first. That life on Earth is only sustainable for any prolonged period of time because of Jupiter. Some even state that without Jupiter in the early formation of the solar system that life wouldn’t be possible at all.

Extrapolating that, you then need to find a planet that satisfies point one and also has a gas giant planet like Jupiter that is protecting it. Our current understanding is that Jupiter like planets are actually rarer than we thought in relation to stars the size of our sun.

The findings of a recent (June 12, 2019) University of Berkeley paper, using GPIES to detect planets around stars has found that finding Jupiter sized planets around stars the size of our Sun is proving difficult. Thus far they have found many gas giants but they have all been in orbit of stars larger than our Sun.

Combining both points could be again a matter of impossibility without all of the countless other things that would be needed for biogenesis such as water.

What This Means for Life Outside of Earth

Well, I am always happy to be critical of my own methodology and it could be that the information we currently have is wrong and that the Earth’s proximity to the Sun could be wider and therefore means exoplanets have a much more generous space in which to found life.

It could also mean that if these planets don’t have Jupiter like planets that life is being created in short spurts elsewhere in the universe and then being forced into extinction by bombardment from space. This would explain why civilisations haven’t surpassed ours and we haven’t yet seen all of our neighbours as clearly as we should have.

It is highly likely that our ability to find planets will improve with time and planet finding is difficult at the moment. That could result in many more solar systems like our own being detected.

In the grand scheme of things though, I have looked at two components that are integral to life on Earth and even these two components together are currently (by knowledge and observation) unlikely to occur elsewhere. There are many more things that are vital to life forming and surviving some of which we haven’t even discovered yet. Remember, as much as we do know, there is virtually no understanding about abiogenesis at all. When you add all of these into the equation, you’re likely to get a sum of insurmountable odds. Or in layman’s terms, impossible odds of it happening even twice in the entire universe.

Do you have a different theory? Let me know in the comments below and donate to Immortal Wordsmith (every penny counts) to help keep our blog running!