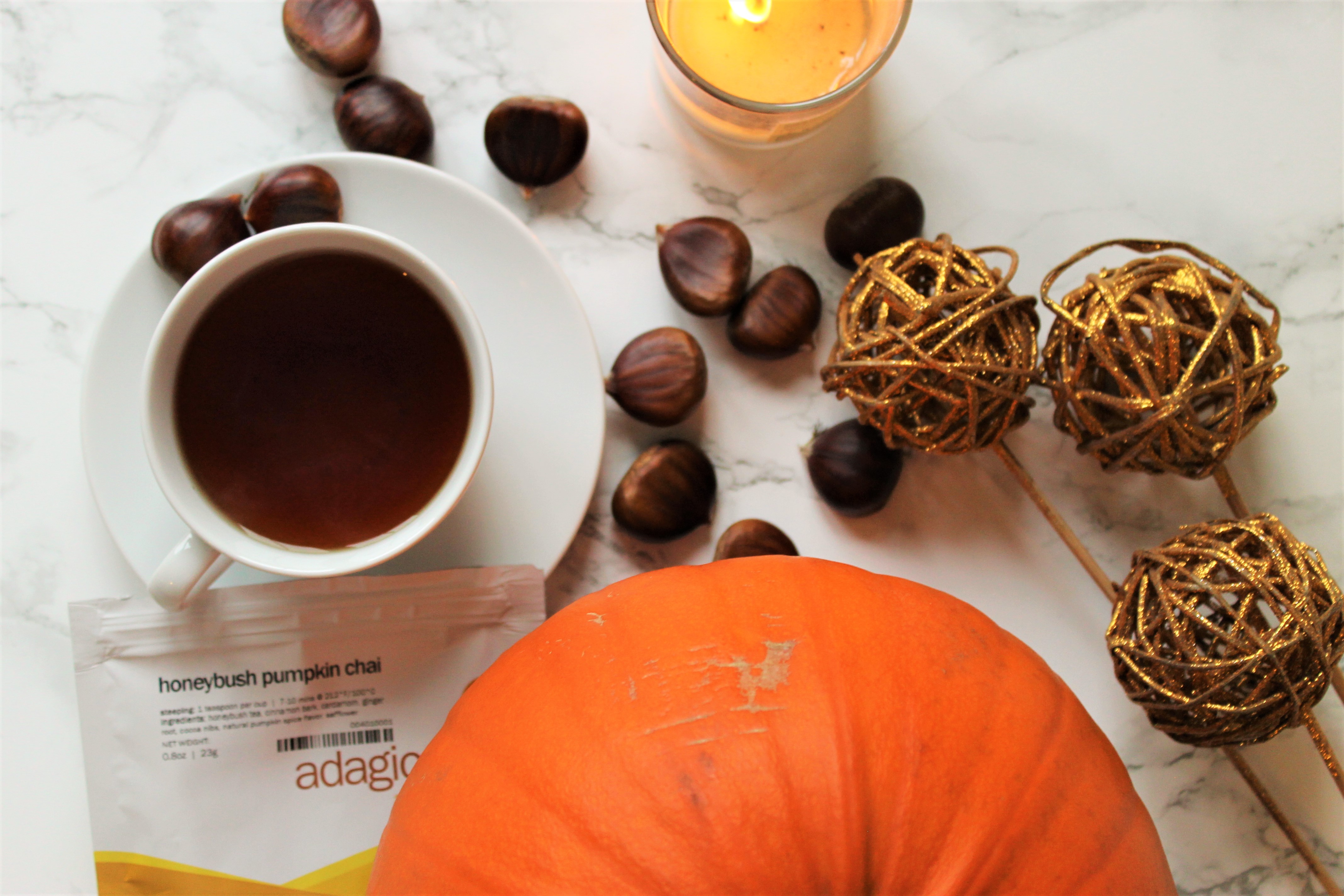 I always love the idea of pumpkin chai or pumpkin tea. But then I see how much sugar is in the ingredients list, not to mention the swirl of cream and dusting of brown sugar on top. So, when I received a sample pack of Adagio Honeybush Pumpkin Chai in the box they sent me, I was so excited!

Honeybush is a woody shrub with yellow flowers that tastes similar to rooibos. It’s nutty, sweet and has roasted notes that go so well with pumpkin spice. Unlike black tea chai, honeybush chai doesn’t contain any caffeine so you can drink this tea late in the evening without worries.

Here’s my full review of Adagio Honeybush Pumpkin Chai, including how to brew it.

Adagio Pumpkin Chai at a Glance

If you find pumpkin pie and pumpkin chai to be a bit too rich and sickly, you’ll love this herbal tea! The honeybush blend is gentle and subtly sweet with honey tones. Very tasty to sip on Halloween. 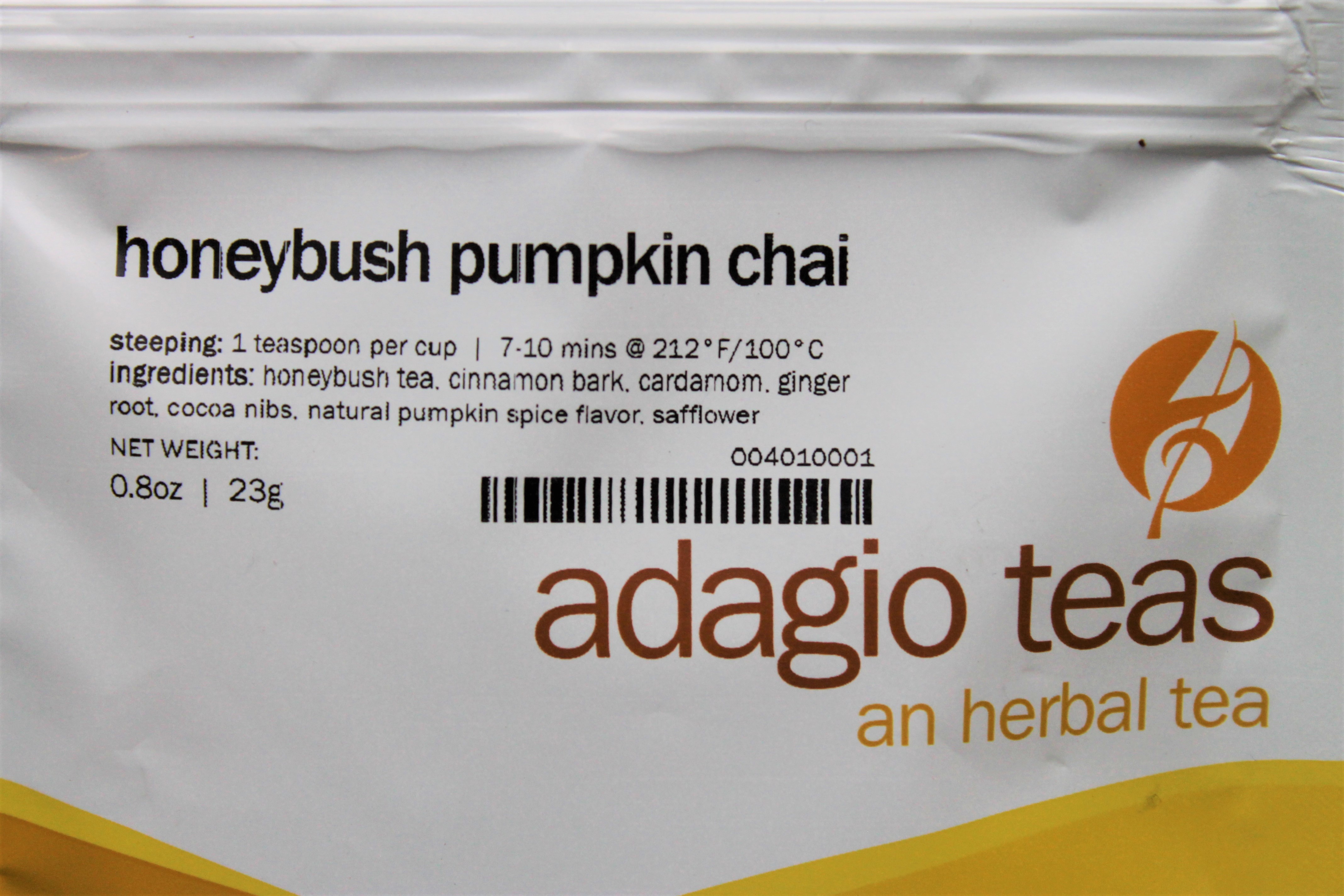 Opening the packet (Adagio sent me a generous sample to review and enjoy) I’m hit with earthy and sweet notes. Liquorice, apple, dried cranberries, honey, incense, and smoke hit me before I can detect the pumpkin spice flavouring. It’s a complex and enjoyable aroma – not too heavy on the artificial pumpkin sweetness like many pumpkin chais this time of year.

It brews into a dark red amber-orange shade that suits the tea flavour and aroma perfectly.

Pumpkin notes are more apparent once the tea has brewed. The smoke and spice notes transform into peppercorn and spiced Christmas incense (the oil kind you heat up with candles) and the tartness I detected at first has faded away.

Despite all these heavy, rich aromas… the flavour is light! It’s soothing honey with a hint of spices and pumpkin pie. It’s not strong at all, it’s very mellow and subtle. The more I drink the more I can taste honeyed nuts, caramelised and toasty warm.

Adagio Honeybush Pumpkin Chai is described as a “beautiful clear and bright cup, with a crisp and tangy-sweet flavour” and I have to say, that’s almost spot on.

It’s delicious and very inviting – a great take on the classic pumpkin chai but with the light honeybush body, it’s not as overpowering as you might be used to. 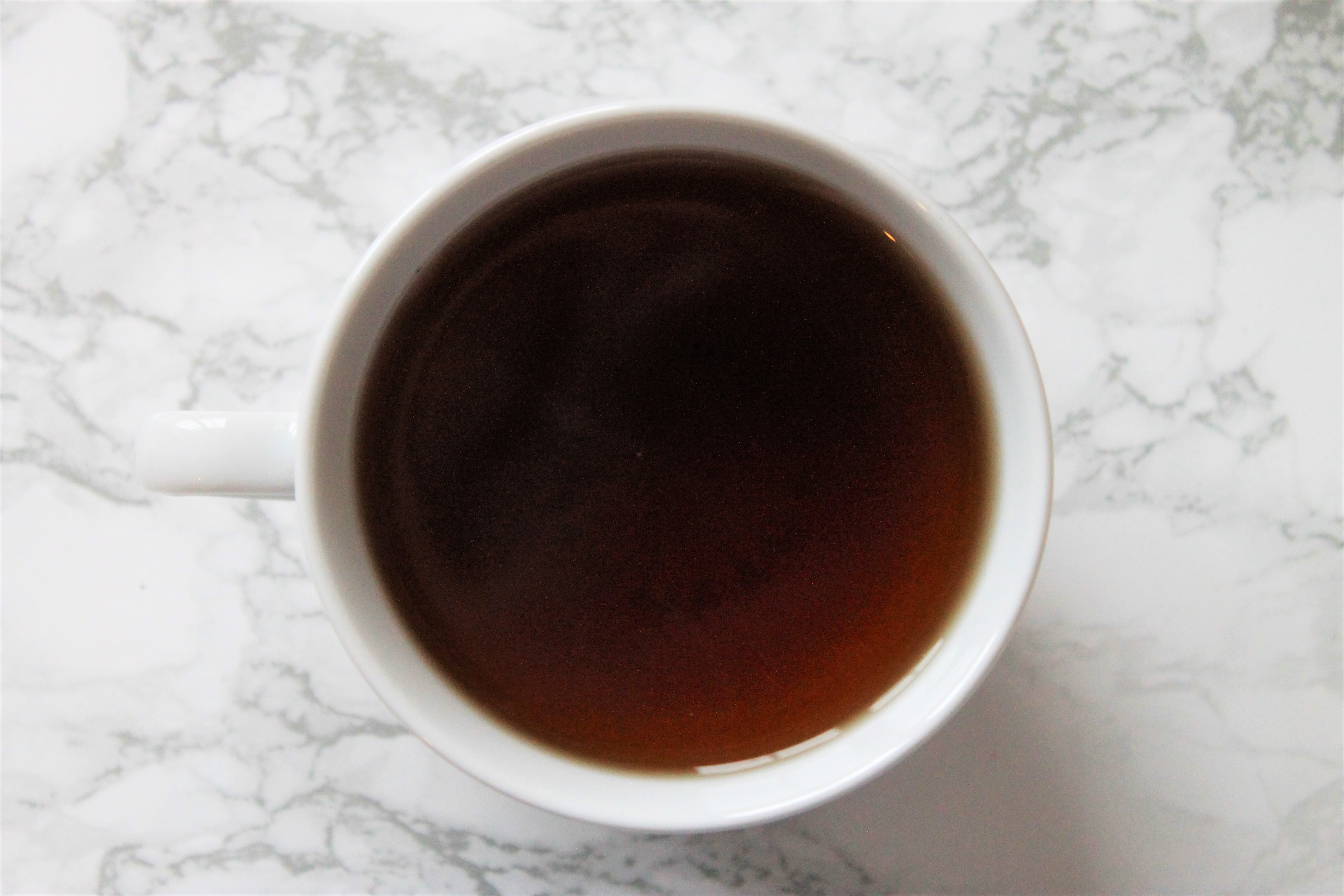 I followed the instructions on the packet with 100°C water brewed for 7 minutes. Don’t hesitate to pile in 2 large teaspoons if you have a medium-large sized mug.

You could drink this with something sweet. Shortbread fingers or just dessert after dinner. This is a good contender for a chai latte as well! If you do try a latte recipe with this tea, let me know how it went in the comments below.

As honeybush is caffeine-free, you can happily drink this tea late into the evening to satisfy your autumn pumpkin cravings.

Adagio is an awesome tea brand selling teas in the UK and USA (with shipping to most of Europe too) with a wide range of flavoured blends and single-origin teas.

I can’t speak for all their teas, but for the variety of autumn and winter teas I’ve tried I can confirm that the quality is great and I’ve had no complaints. Bear in mind that many of the teas contain a small amount of added flavouring besides the dried ingredients, in case that’s something you care about. 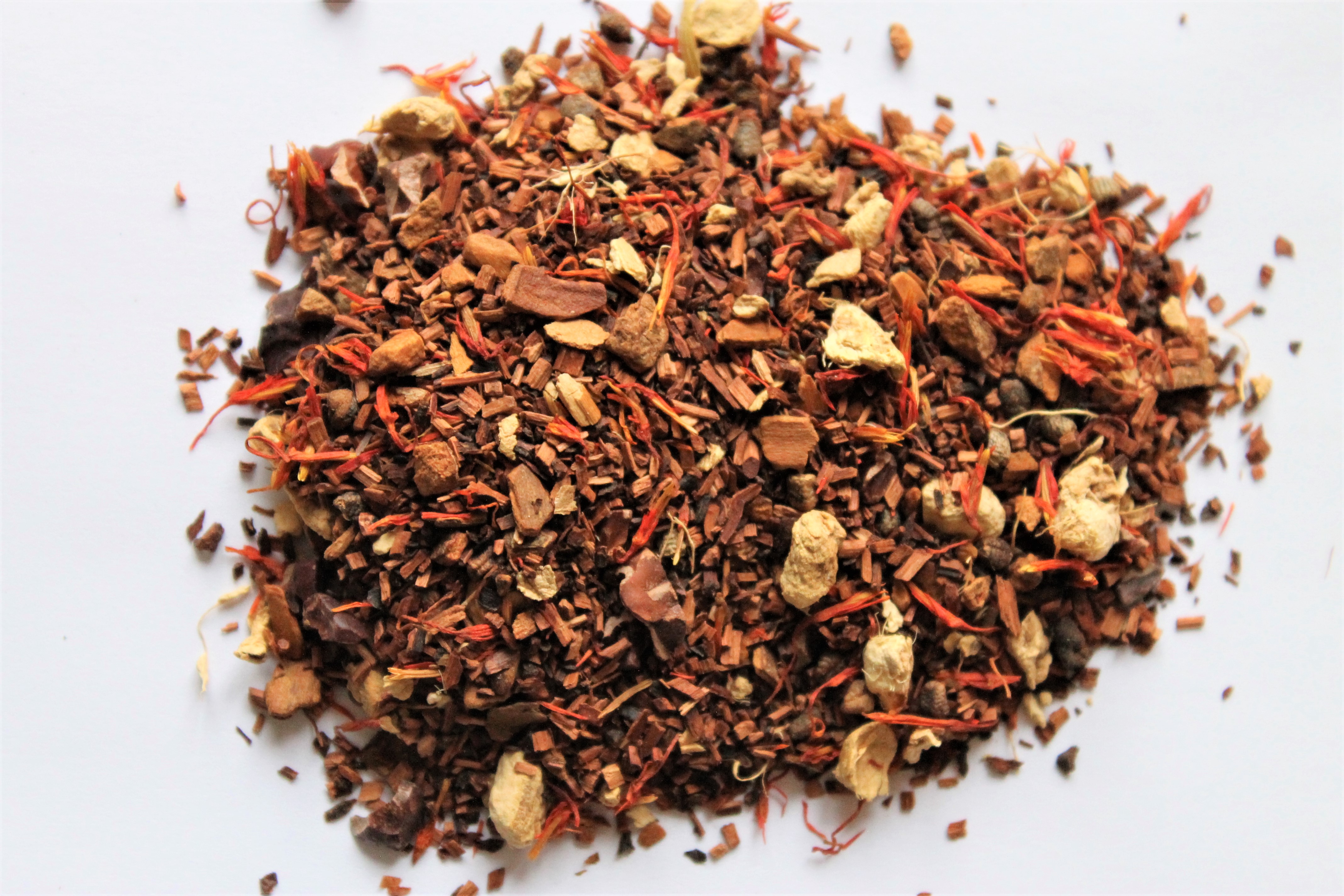 Overall, I highly recommend this tea for anyone intrigued by pumpkin chai. It’s light yet flavourful which is perfect for dipping your feet into the pool of autumn teas Adagio has right now.

Looking for something similar? Try Adagio Spiced Apple Chai – it’s a caffeinated chai that’s good for warming you up with spiced apple notes, just like apple pie. Browse through my entire blog here at Immortal Wordsmith for more great teas to check out. 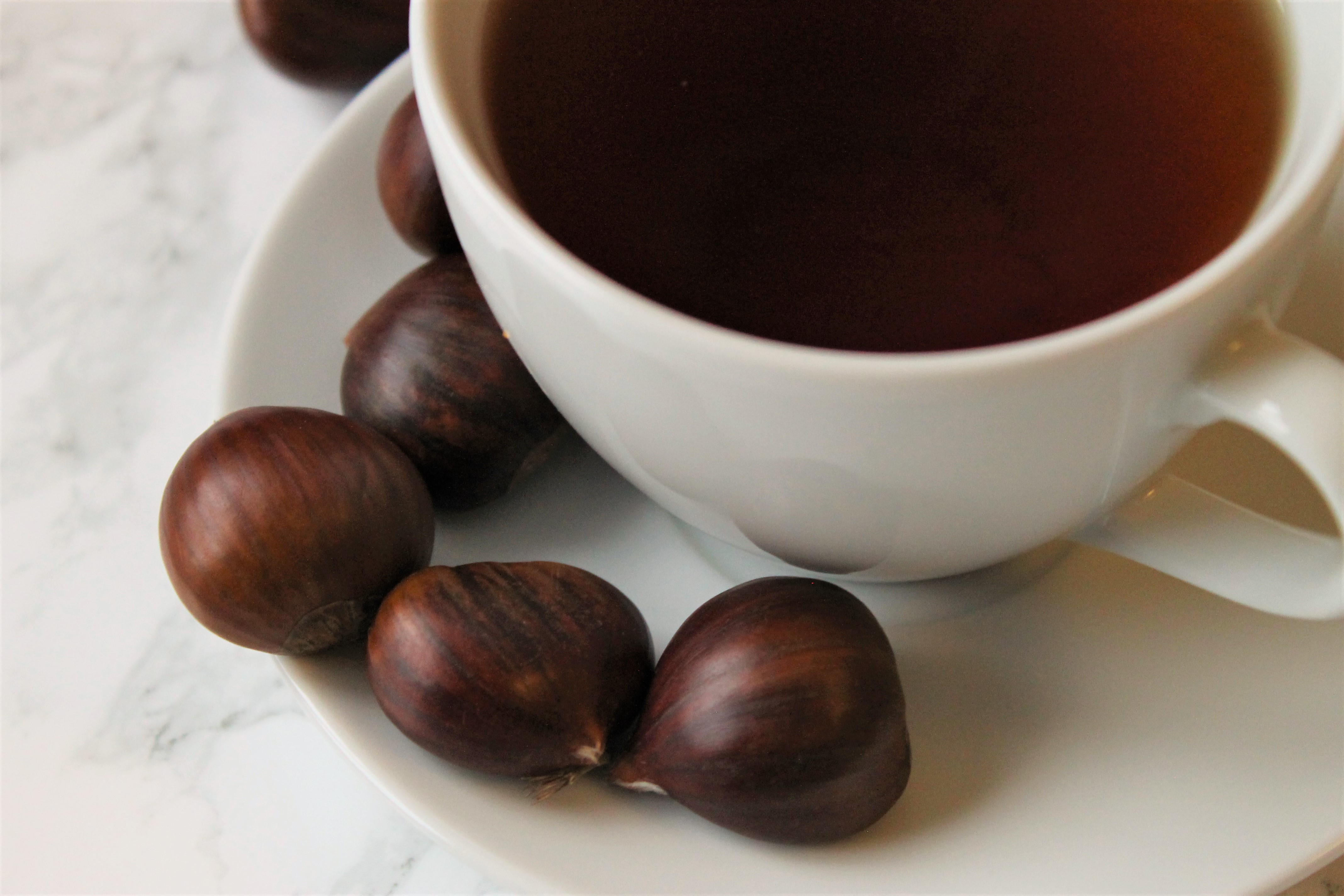