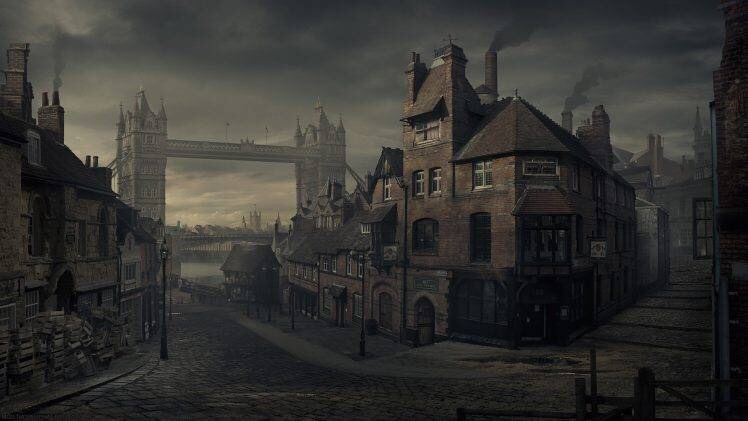 This is The Subtext and I’m Dan and welcome to another Quick Review – today we’re looking at The Order: 1886, released in 2015 for PS4, developed by Ready at Dawn and published by Sony.

It’s an interesting one – there was actually quite a lot of hype before release, but when the game came out it turned out to be a lot of bluster as the response was middling at best. Many critics couldn’t see beyond the pretty graphics – but was it judged a little too harshly back then?

How Does it Look?

It came out fairly early in the PS4 lifecycle and it was one of the first games to really show off the hardware. Playing in 2019 you’ll quickly realise how impressive it still looks today – its attractive steampunk aesthetic and highly-detailed character models keep it from looking too dated.

That’s not to say it looks as good as this year’s biggest blockbusters – it doesn’t. It’s missing bells and whistles we’ve come to expect, such as PS4 Pro support and HDR, and resolution-wise it’s a bit on the soft side. And would it have hurt them to include an option to remove the black borders present at the top and bottom of the screen? It may well have been a stylistic choice, and it also no doubt helps with performance, but some will definitely find it annoying.

Texture resolution is also a sore point, with many textures looking a touch too blurry up close. The London backdrops stretching far into the distance still look great though, and performance is solid throughout.

Sound is more of a mixed bag – the lack of ambient sound in the bustling city of London is really disappointing. Sometimes you will be wandering around in the vibrant city of London, in complete silence. You would hear a penny drop.

The most impressive part of the tech though is load times, or lack thereof. Even when you first boot up the game you won’t see a single load screen – it’s entirely seamless.

I could go on and on about the production values, but what about the actual gameplay? Gameplay is fine. Sometimes it’s even enjoyable – especially when you slow down to soak in the London atmosphere. It can be challenging at points – and those sections where you have to battle Lycans in the dark with no room to manoeuvre are best left forgotten. But mostly gameplay exists to serve the game’s plot – it’s solid, but nothing special.

The Order: 1886 uses a pseudo historical setting – so you can expect such wonders as Jack the Ripper terrorising the streets of Whitechapel two full years before his first canonical murder; zeppelins dotting the London skyline despite not being invented till more than a decade later; an imaginative, hi-tech arsenal of weaponry, way ahead of its time – my personal favourite being a gun firing flammable vapour into the air, to be set alight with a well-placed flare.

The narrative is your standard conspiracy with a secretive organisation affair – reminiscent of The Da Vinci Code or the Assassin’s Creed series, but without the religious overtones. There are some interesting moments and you do become invested over time but the story lacks charm and humour, with quite a dour tone.

The most annoying thing though is that the game ends just when it’s getting interesting – it comes out of nowhere. Of course, they’re setting up for an inevitable sequel but I wish they’d tied things up just a little more neatly.

Though we’re hardly deprived of cinematic blockbusters at the moment, I’d recommend you pick this one up for the right price. It’s a solid game and gripping experience worth trying out.

But we’ll wrap things up there. Don’t forget to like, subscribe and comment below, it really helps to grow the channel and I appreciate it! As always, this has been The Subtext, I’ve been Dan and until next time!