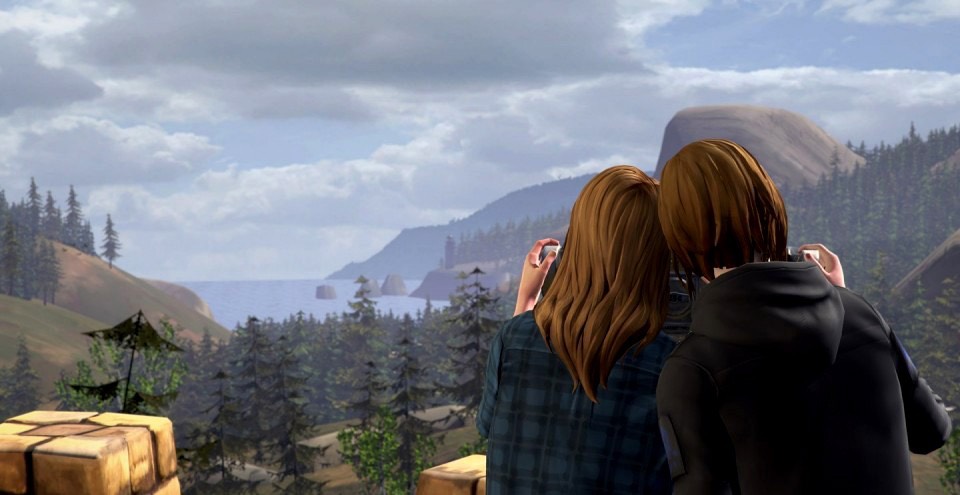 The Prequel Dilemma – A Review Of Life Is Strange: Before the Storm – The Subtext Ep. 5

With a different developer, Deck Nine, taking the helm while the original developer was hard at work on the proper numbered sequel, and also having to navigate the tricky waters of being a follow-up to a surprise hit – Before the Storm was really up against it.

It’s important for a prequel’s plot to fit neatly within the confines of the series’ existing timeline of events – I’m sure the last thing the developers of this game wanted was to step on Dontnod Entertainment’s toes – but how do you keep players engaged when they already know what happens next?

I’m not sure it even matters.

That’s why so many people flick to the last page of a book to see how it all ends and then jump right back to where they left off – because for the best stories it’s about the journey; not the destination.

Bioshock and Other Prequels

Of course, things don’t always work out that way. Just look at BioShock Infinite – it was a game primed for success, but as the prequel to BioShock, it all but failed. Despite being set 48 years before BioShock, Infinite featured too many of the same mechanics – Irrational Games probably didn’t want to stray too far from the formula, with prototype Gene Tonics and Audio Diaries functioning identically to how they did in the original game.

But the larger issue was the fact that Columbia, a city in the sky, existed at all. The underwater city of Rapture was made famous in BioShock and BioShock 2 – it was founded by the visionary creator Andrew Ryan as a safe haven for progressive minds – a utopia turned dystopia. And Columbia, which was built by Zachary Hale Comstock to satisfy his colonial ambitions, was a safe haven for the rich and powerful – a utopia turned dystopia. Do you see a pattern forming? Yes, there are minor differences, but the basic principle is too similar. The fact that Columbia predated Rapture by so many decades only serves to make the underwater city feel less novel and less special. I could go on and on about the BioShock series, but we’ll leave that for another video.

Before the Storm – First Impressions

Back to Before the Storm then. It’s fair to say I was sceptical when it was first announced, I thought it’d be little more than some glorified DLC with a premium price tag – a stopgap between the main titles. But man was I wrong.

Life Is Strange is, at its heart, a game about making decisions – and everything else in the game feeds back into this. These decisions are designed to empower the player – you’re made to feel like you’re having a real impact on the way things unfold. In reality, the effect you’re having is minimal – yet in this case, the illusion of choice is vital for the player to “buy in”. It’s what sets Life Is Strange apart from other narrative adventures.

This is where I think the original Life Is Strange falls short compared to its prequel – it plays out kind of like a whodunnit, keeping you guessing throughout. Sometimes it deliberately throws the player off the scent, breaking the illusion in the process – in one scene Max approaches Frank’s RV and remarks “There was something creepy about that guy and his dog…” – but there’s not actually anything creepy about it. The game is telling us it’s creepy without showing us why – it’s a fairly common issue with storytelling.

The original Life Is Strange also has you do a lot of reading – don’t get me wrong; that’s not necessarily a bad thing – but when you accidentally click on your umpteenth pointless poster, you won’t be able to click back off fast enough. In the interactive medium of games, reading is a passive form of storytelling. The original Life Is Strange relies a little too heavily on the passive, whereas Before the Storm has a little more in the way of active storytelling – that is things you can see and touch. Passive storytelling can be a powerful device to have the player’s imagination fill in the gaps – but to be effective, it needs to be used in moderation.

This leads me to my next point – playing as Chloe versus playing as Max. Both are incredibly strong, well-rounded protagonists – but Chloe’s irreverent nature often made her dialogue choices a bit more interesting and, more importantly, a bit closer to what I actually wanted to say. Max can be a little too restrained at times, which is maddening when all you really want to say to the character chewing your ear off is screw you. Generally speaking, Max is the more endearing, likeable and relatable of the two; whereas Chloe’s self-absorption can be a little grating at times – but dare I say it; I had more fun playing as Chloe.

Before the Storm sidesteps many of the difficulties associated with prequels by focusing on the interplay between Chloe and Rachel Amber – it’s a story referenced in the original game, but never really fleshed out – so there’s no overlap here.

Familiar characters are depicted in a very different light – let’s start with Chloe. In Life Is Strange she’s likeable but sometimes difficult to relate to due to her penchant for destruction and general disregard for others. She’s always telling us that bad things happen to her, but in Before the Storm we actually get to see this is true – from start to finish she’s caught in a perfect storm of bad luck. That’s not to say she doesn’t bring things on herself from time to time – she wouldn’t be Chloe if she didn’t. Her loneliness and vulnerability are tangible here, as well as her intelligence and ambition – yet she retains that characteristically rebellious attitude we all know and love from the original game.

A small side note – here Rhianna DeVries replaces Ashly Burch as the voice of Chloe due to the voice actor strike. What does this mean for the game? Well, both are great as Chloe and quite frankly I think most people would be hard-pressed to notice the difference.

Rachel Amber in Before the Storm

Before the Storm also wisely centres on the enigma that is Rachel Amber – in Life Is Strange we find out next to nothing about her, so here we go in with a lot of questions. Previously she’s existed as an almost Laura Palmer-esque character – everyone’s got a story about her but no one really knows her, with the possible exception of Chloe that is. It’s only by piecing together the disparate stories that we get an idea of what she’s like – and even then, it’s patchy at best. Before the Storm shows us the person behind the name.

Rachel is vibrant and full of life, but also tinged by sadness – perhaps it’s a sadness manufactured by the player; acutely aware of the tragedy hanging over her. She wears her heart on her sleeve – one moment she’s warm and charming, the next she’s cold and distant. Her character is wonderfully realised yet she retains that enigmatic air, which is important – anything else would’ve been a disservice to the original game.

Her relationship with Chloe is front and centre – two lost souls finding solace in each other’s company. The resulting tale is equal parts hopeful and poignant.

Before the Storm There was…

Remember the storm in Life Is Strange? As a narrative device it signified the end closing in, one way or another. In Before the Storm we get a ferocious forest fire, tearing through the bush-land around Arcadia Bay. Although it sounds like a regurgitation of ideas, here it serves a different purpose – the fire represents Chloe and Rachel’s tumultuous relationship, burning bright and spreading wildly. More than that, it adds an almost ethereal quality to proceedings – in many scenes you can actually see the inferno raging far away on the horizon. Like its Twin Peaks inspiration, Arcadia Bay feels more than ever like a place out of time and space.

One of my fears going into Before the Storm was about the reuse of environments, and although for the most part the game avoids feeling like a re-tread, I did get a bit sick of overused locations like Chloe’s house and the school dorms. Luckily, Before the Storm retains the rich world-building of the original game, and many of the old locations have been redressed – there’s also a handful of new locations to explore.

Before the Storm is a prequel done right. It boasts a tighter, more intimate story-line than Life Is Strange, with some truly memorable side stories – you won’t soon forget the bond shared by brothers Drew and Mikey, or the tabletop role-playing adventures of Callamastia the elf barbarian. It’s not perfect – the conclusion falls a bit flat. But maybe that’s to be expected – anything bigger might have altered the narrative going into the original game.

Nifty Storytelling in Before the Storm

Here’s part of what makes Before the Storm great – in Life Is Strange we see Chloe guilt trip Max for not staying in contact when she left, and it gets a little annoying. In Before the Storm it’s the opposite – we get to see all the unanswered notes and we wonder why Max seemingly abandoned Chloe during the most difficult time of her life. Before the Storm turns the narrative on its head, and each game very effectively places you in the lead character’s shoes.

Find Life is Strange: Before The Storm on Amazon