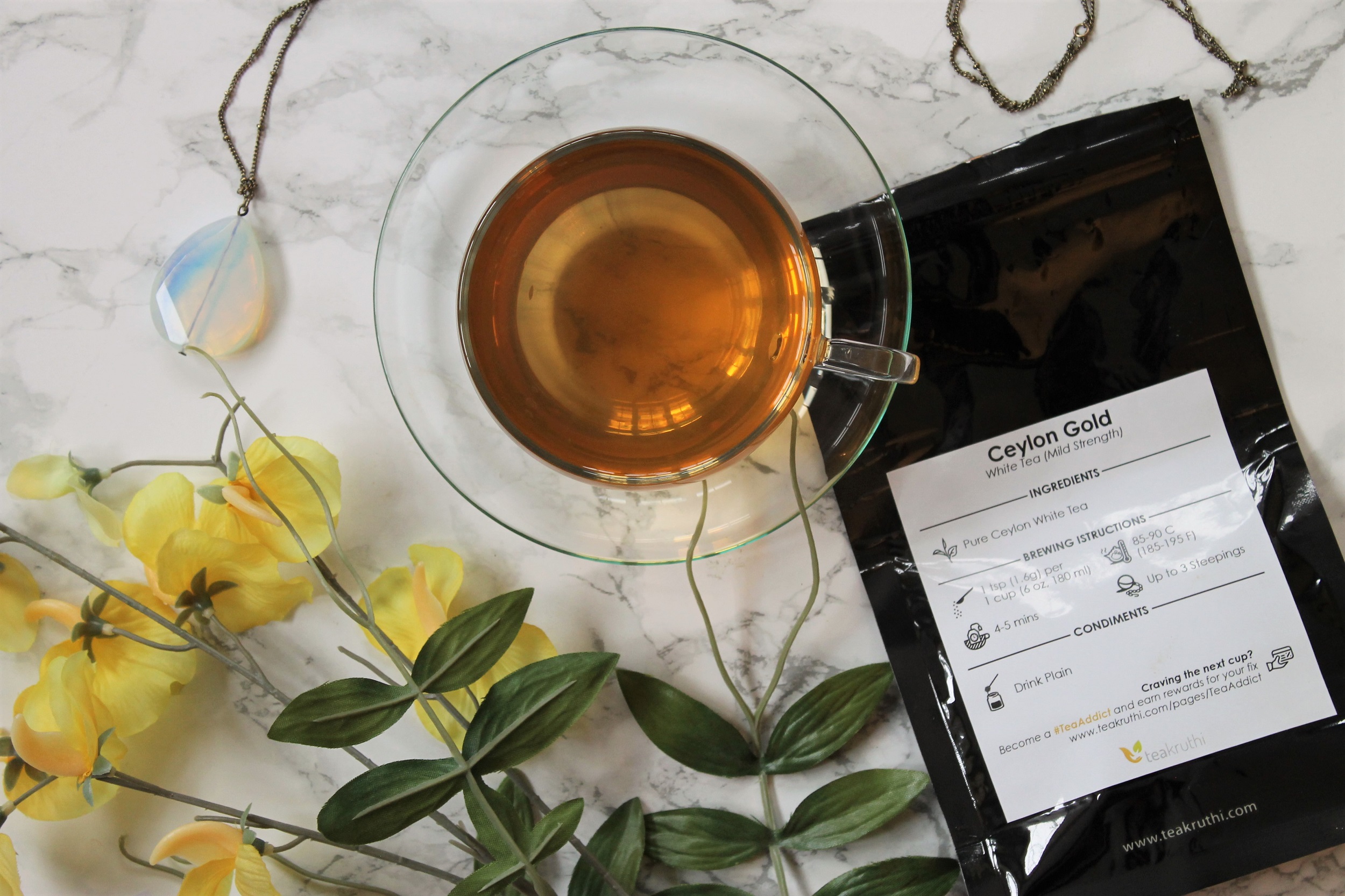 Teas named gold or gold blend are nearly always hearty black teas. Which is fine. But if you want to try something new, Teakruthi Ceylon Gold is an awesome choice. This white tea really lives up to the name! This golden brew has a delicate fragrance and unique sweetness that I adore.

In this full tea review, I’ll give you a run down of what to expect from the flavour, the best way to brew it, and where to buy it (sample sizes available).

Teakruthi Ceylon Gold at a Glance

This is a really interesting tea to try and not your typical white tea flavours will appear. Expect a warm, glowing, golden cup of tea with distinct floral notes.

Opening the packet, the initial aroma is really rich and thick. Honey notes reach your nose, but it’s so powerful! It’s like the sticky syrup from a sticky toffee pudding. Hidden underneath this gooey sweetness, notes of pollen, daisies, hay and minerals flicker around, hinting at some depth in the tea.

It brews into a rich, hearty golden colour – but it’s very clear. No tea dust in my cup at all!!

The aroma of the brewed tea has lost some depth, but none of the sweetness. Honeyed hay swirls up in the steam.

…And the flavour is way more floral than I was expecting! It’s lost all that honey but still has some natural hay sweetness amongst the heady pollen flavour. Giant daisies spring to mind as the tea swirls over your tongue.

Interestingly, it has a drying effect in the aftertaste that pulls the sides of your mouth into a pucker. It’s verging on tart as the hay lingers on long after your last sip.

A really pleasant and intriguing tea, but I didn’t find it as satisfying as my usual refreshing white teas. 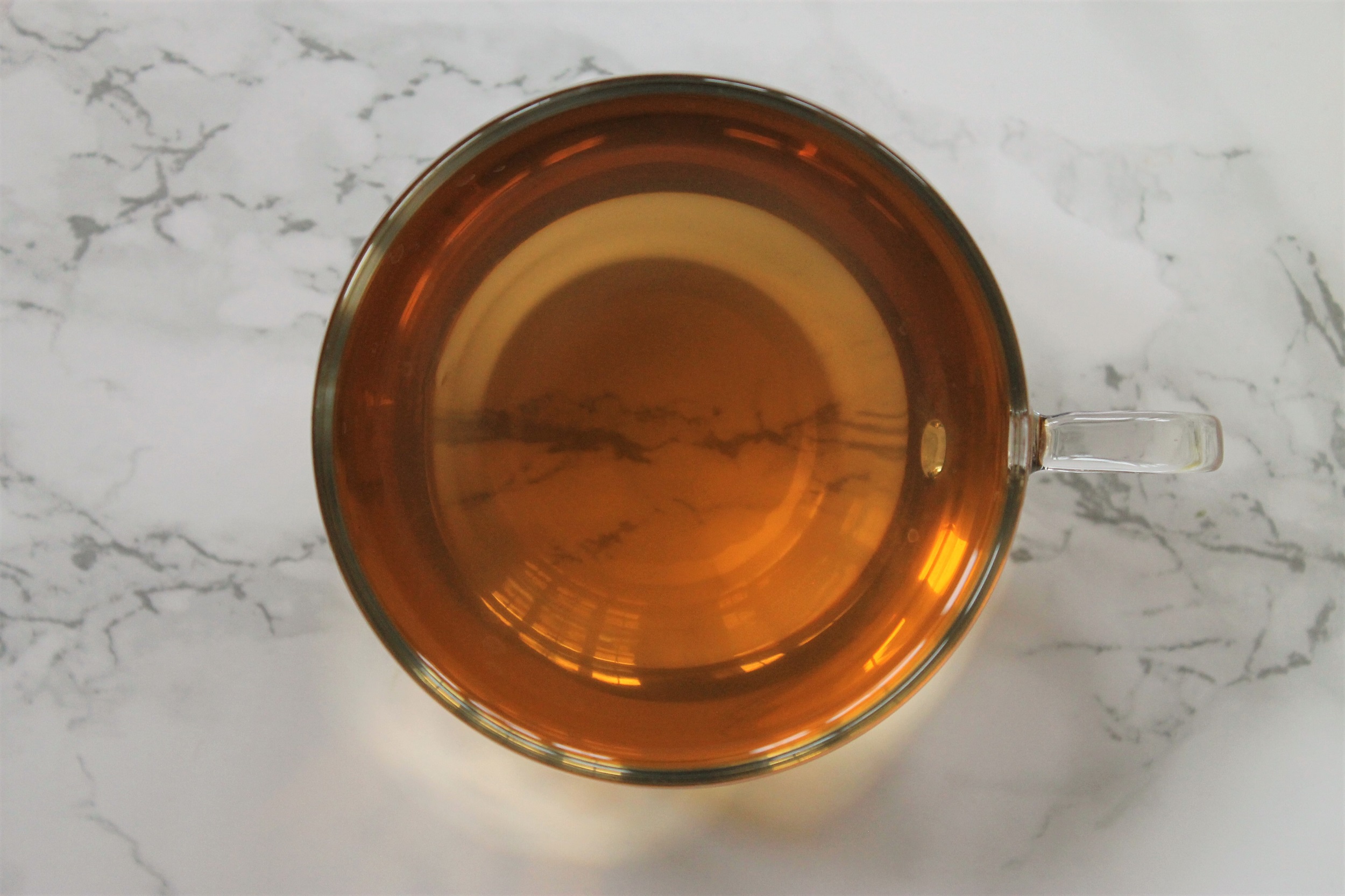 Brew a little cooler than you would a black tea. 85°C is my preferred choice for this tea, which is roughly what Teakruthi recommend. Use a heaped teaspoon of Teakruthi Ceylon Gold per cup and let it brew for 3 to 4 minutes.

You can re-steep these tea leaves up to three times to draw as much flavour as you can from them. Remember to steep for longer with each brew.

Food pairings? I’m not sure. The drying quality of this tea is great for cleansing the palate after a meal. I think sweet, juicy and hydrating fruits would work well to combat the sticky hay notes.

Why Teakruthi White Tea from Ceylon?

This is a unique tea that you won’t find online unless you head to specialist tea stores. This white tea is called “golden tips” and is also known as golden monkey. The buds of the tea plant are harvested before they open, then dried in the sunshine to give them that gorgeous golden yellow colour and flavour.

Teakruthi Ceylon Gold tea is harvested from an estate in Hatton, within the Nuwara Eliya region of Sri Lanka. They also provide detailed information on the flavours to expect (I totally missed the rosewood) and the amount of caffeine per cup, which is roughly 8 to 12mg. 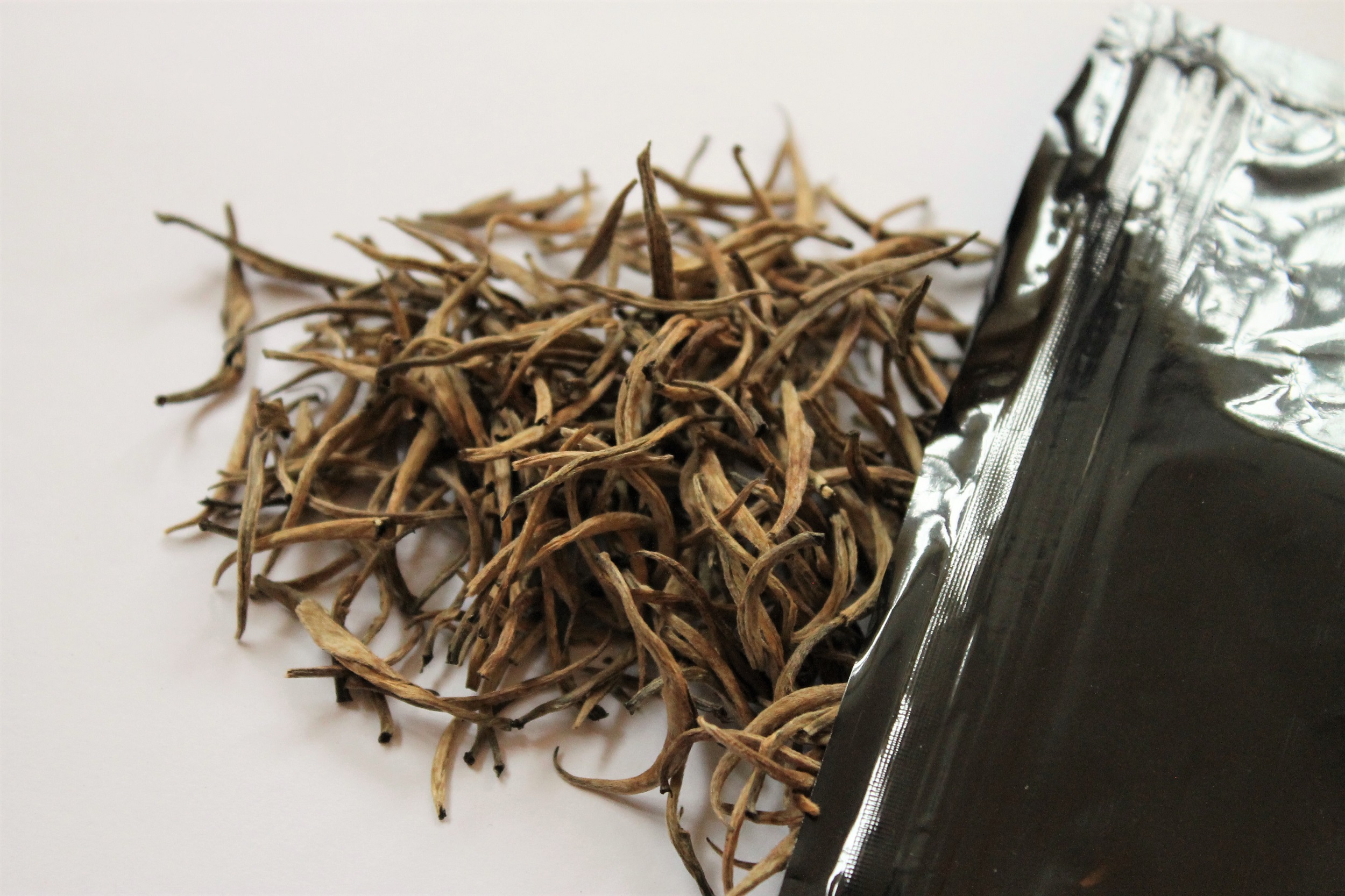 As for the quality of the tea, you can see for yourself that this tea is pure golden buds. I’m impressed that they’ve stayed in-tact during their journey here from Sri Lanka. Teakruthi do a great job of packaging their teas in resealable pouches to keep it as fresh as possible for as long as possible.

This won’t become a regular tea for me, as it doesn’t suit my palate (I love melon and grass flavoured white teas best) but it’s still worthy trying. You can’t deny the quality and story behind this tea is amazing. Buy a sample size from Teakruthi using my link below to find out what it’s like for yourself.

Buy This Tea from Teakruthi 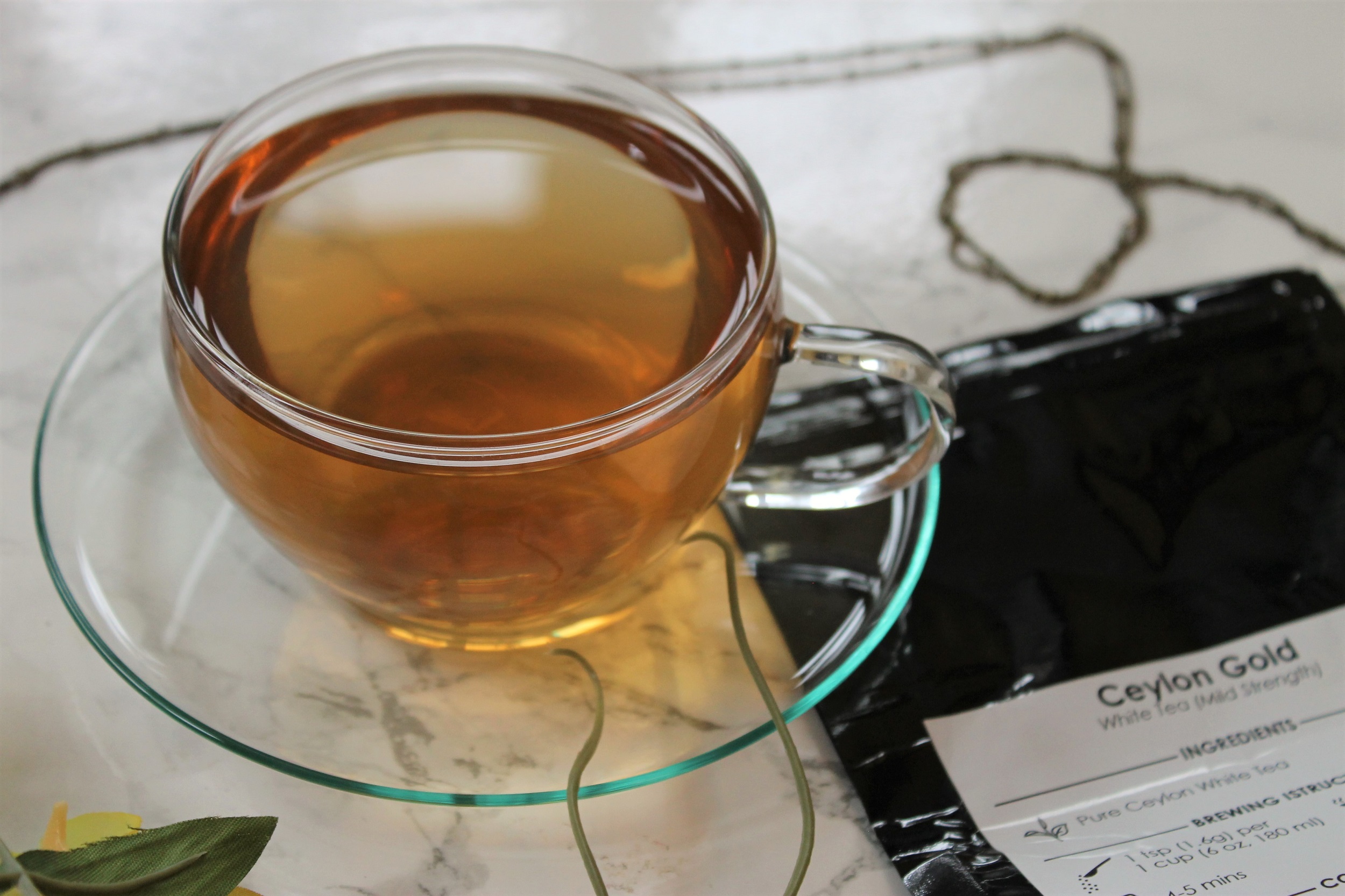 The hay, honey and pollen flavours in this white tea are similar those in chamomile tea, a caffeine-free alternative that you can enjoy before bed (watch out for the sedative-like effects). Check out my review of Whittard Chamomile to learn more.