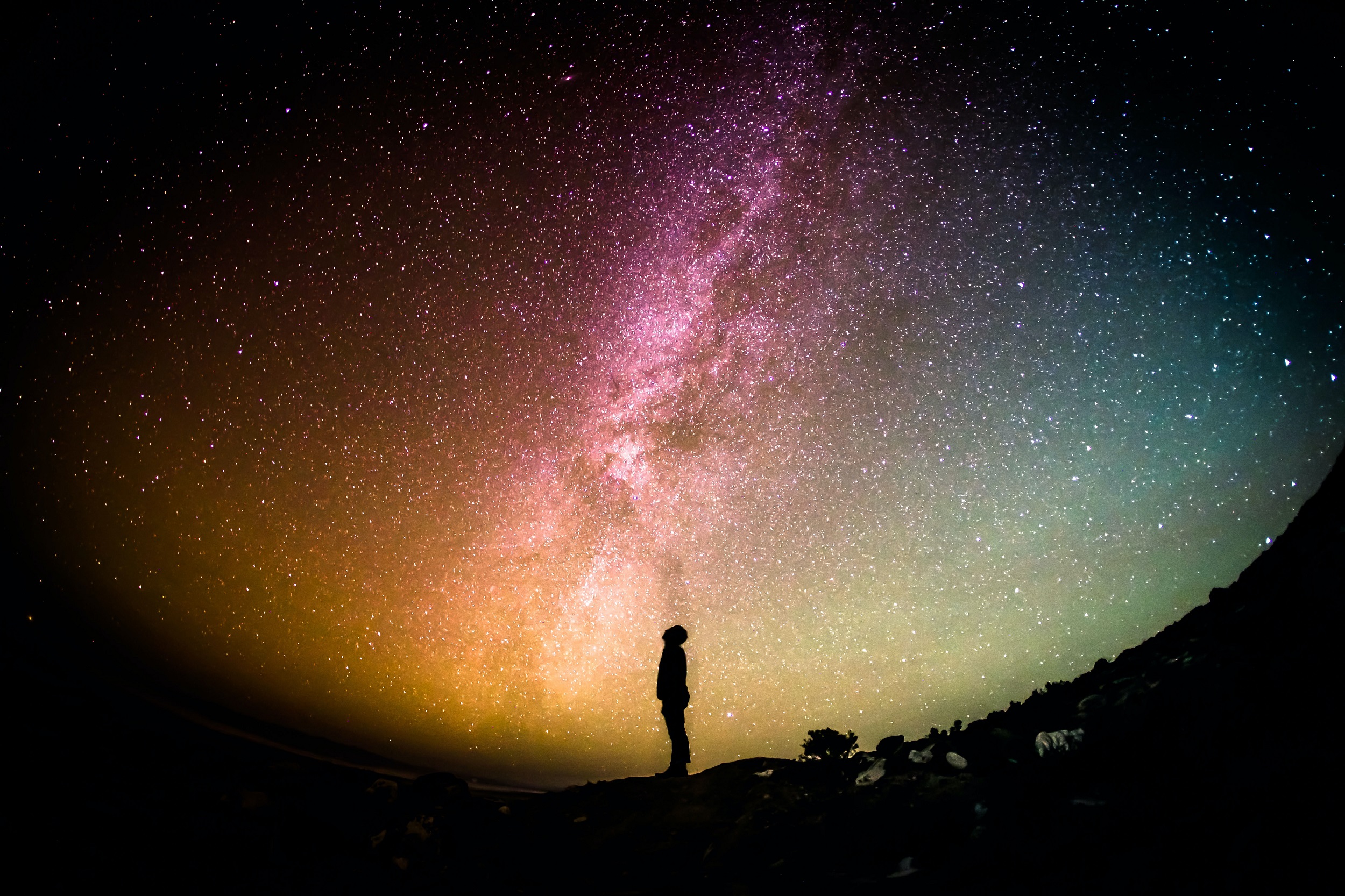 For thousands of years, we have looked up at the stars and wondered what it was we were actually looking at. Today, we have a much better understanding of space compared to our ancestors, but that doesn’t mean that there aren’t still myths that are perpetuated as facts.

This article tackles the 5 most prevalent myths that people believe to be true – but aren’t.

Open most astronomy books and you will be presented with a 2-dimensional picture of our solar system with the sun slap bang at the centre and all the planets, moons, and everything else, orbiting around it. Even popular space-themed video game, Astroneer, follows this myth (read our Astroneer article next).

This is not accurate at all for two reasons.

Myth 2 – The Universe Expands Outwards in All Directions

From our perspective, we can see a fully 3-dimensional universe. We look up and see some objects are further away than others, and what’s more we observe that this occurs in all directions.

This has led to the common misconception that the universe expands equally in all directions, but it doesn’t. The universe is actually relatively flat by observed estimates and if we were to somehow be able to launch ourselves above it, we would hopefully see the universe laid out beneath us like a map.

I say hopefully, as this flatness that has been observed could actually mean that the universe is spherical, and we just can’t see beyond the curvature of it. In the same way that some of our ancestors thought the Earth was flat because they couldn’t observe the curvature from their vantage point.

Regardless, the universe has an upper limit which means that everything is happening within a set constrained space and appears flat to us.

Myth 3 – Blackholes are Flat in Space

From one thing we believe isn’t flat to another that we believe is flat. This is likely because documentaries and textbooks do an extremely poor job of showing black holes. They’re often presented as flat black disks – but they aren’t.

Myth 4 – The Universe is So Big, Finding Alien Life is Inevitable

There are organisations that are dedicated to finding extra-terrestrial life and despite a few anomalies, we have yet to find even a shred of evidence of any alien civilisation.

The problem with finding alien life is threefold.

The Wow! Signal was in our local neighbourhood making it one of the most viable signals to be able to respond to – when you consider that other contact is likely to come from outside of our local neighbourhood, it becomes easy to see that communication could take tens of thousands of years just to get a response. A timeframe that frankly makes it unlikely that something won’t have happened to one of the parties sending the message.

When it comes to actually making contact with an alien life form, unless they are within our very immediate vicinity it is extremely unlikely, we will be able to. Even if they happen to be in our immediate vicinity, the timeframes for communication make it almost impossible for us to do anything meaningful, except establish there is life elsewhere.

The size of the universe and the distances involved for information to travel make it pretty much impossible for us to detect alien life, let alone communicate with them.

Widely perpetuated by Chris De Burgh in his Spaceman Came Travelling song, lightyears are not in fact time. They measure distance. The amount of distance measured is the equal to the time it would take for light to cross that area in an Earth year.

So, if it takes light one Earth year to travel from point A to point B it would be a lightyear in distance.

I hope you had fun reading this space article and maybe even learned a thing or two along the way. If you’re interested in space, then I thoroughly recommend reading further on the Wow! Signal as it is truly intriguing. If you happen to live in an area that isn’t polluted by light, make sure you get outside to look at the awe-inspiring cosmos – and I strongly recommend using this telescope that has smartphone compatibility, allowing you to capture everything the universe has to offer in the palm of your hand.