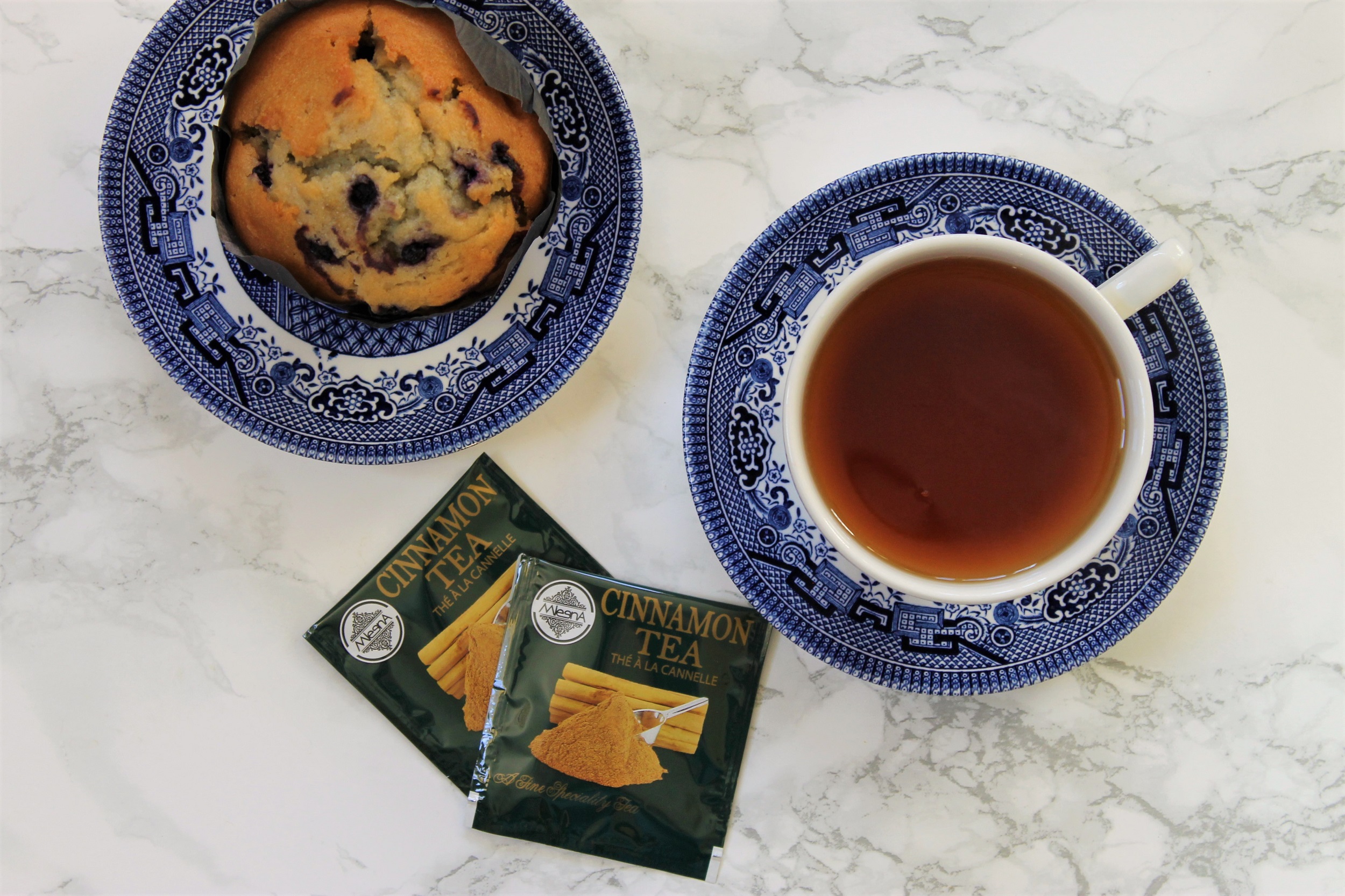 Mlesna Cinnamon Tea is hands-down one of my favourites from this company. The black tea base is smooth and plain, which is exactly what you want with a strong spice like cinnamon. This blend really allows the natural sweetness of the spice to come out.

In this full tea review, I’ll give you a run-down of what it’s like to drink this tea, how I brew it, what I eat while I drink it, and a little more info on Mlesna as a company. Of course, I’ll let you know where to buy it too.

Mlesna Cinnamon Tea at a Glance

This is a really simple tea with just two key ingredients. As a result, it makes for very easy drinking and it’s really hard to find a reason to dislike this one from Mlesna. 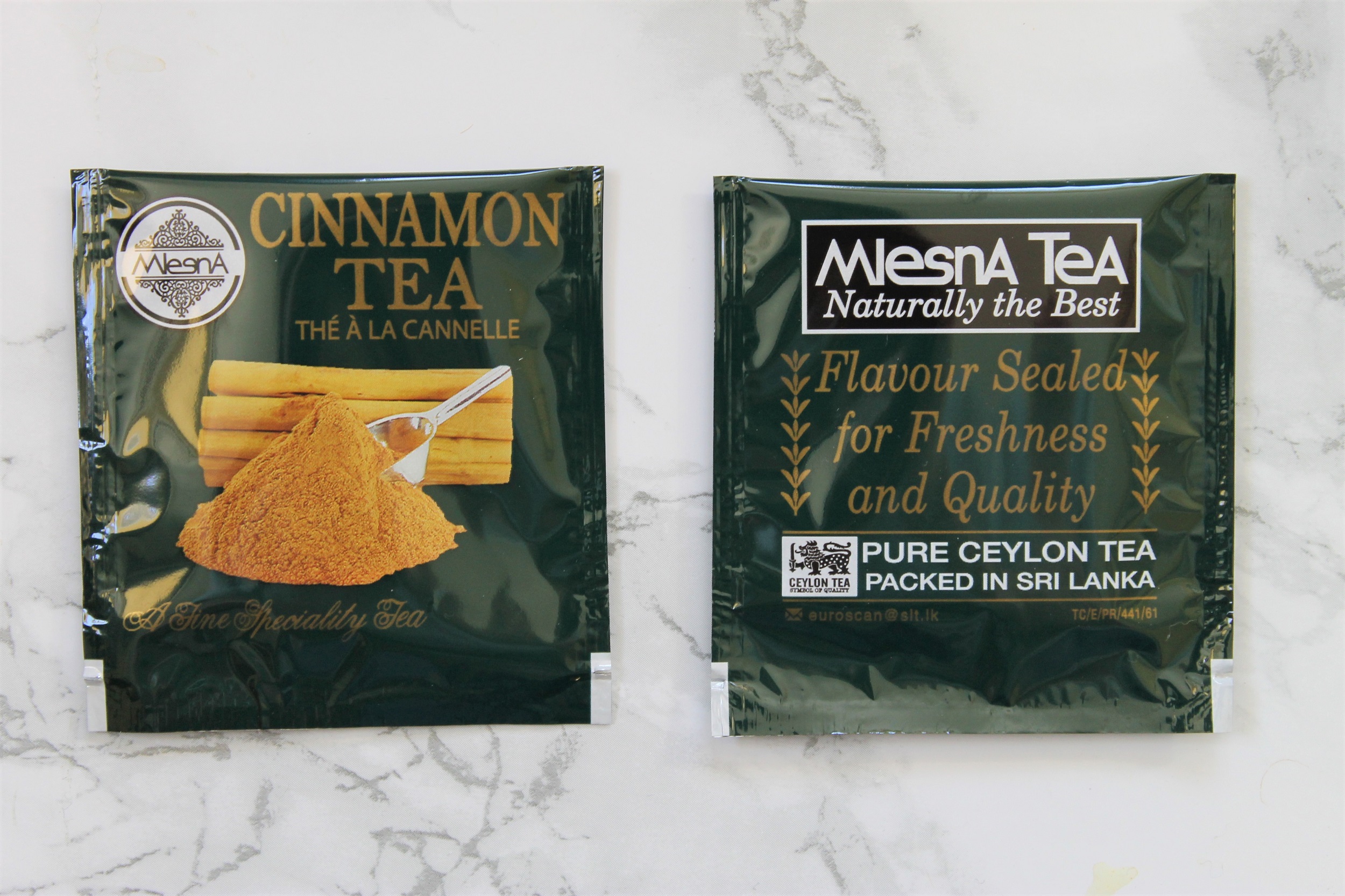 I opened this foil wrapped teabag with very low expectations, after sampling several Mlesna teas that were incredibly bitter or just too weak. But this one bucks the trend. The initial aroma from the teabag (yes, I sniff teabags) is of Christmas spices. It’s all warm cinnamon and sweetness and freshly baked bread. Yum.

The aroma of the brewed tea is not quite as nice. The cinnamon spice develops but the warmth and body of the tea seems to have vanished when water was added.

The flavour follows suit. It’s quite a plain black tea base with no real strong flavour, no matter how long you brew it. But on the upside, there’s no bitterness whatsoever. The cinnamon adds a little warmth and sticks to the back of your throat, but ultimately, it’s very pleasant.

That just about sums up this tea. Not great, not good, just pleasant. I’ll drink my remaining Mlesna Cinnamon tea in my collection, but I won’t go out of my way to buy it again. 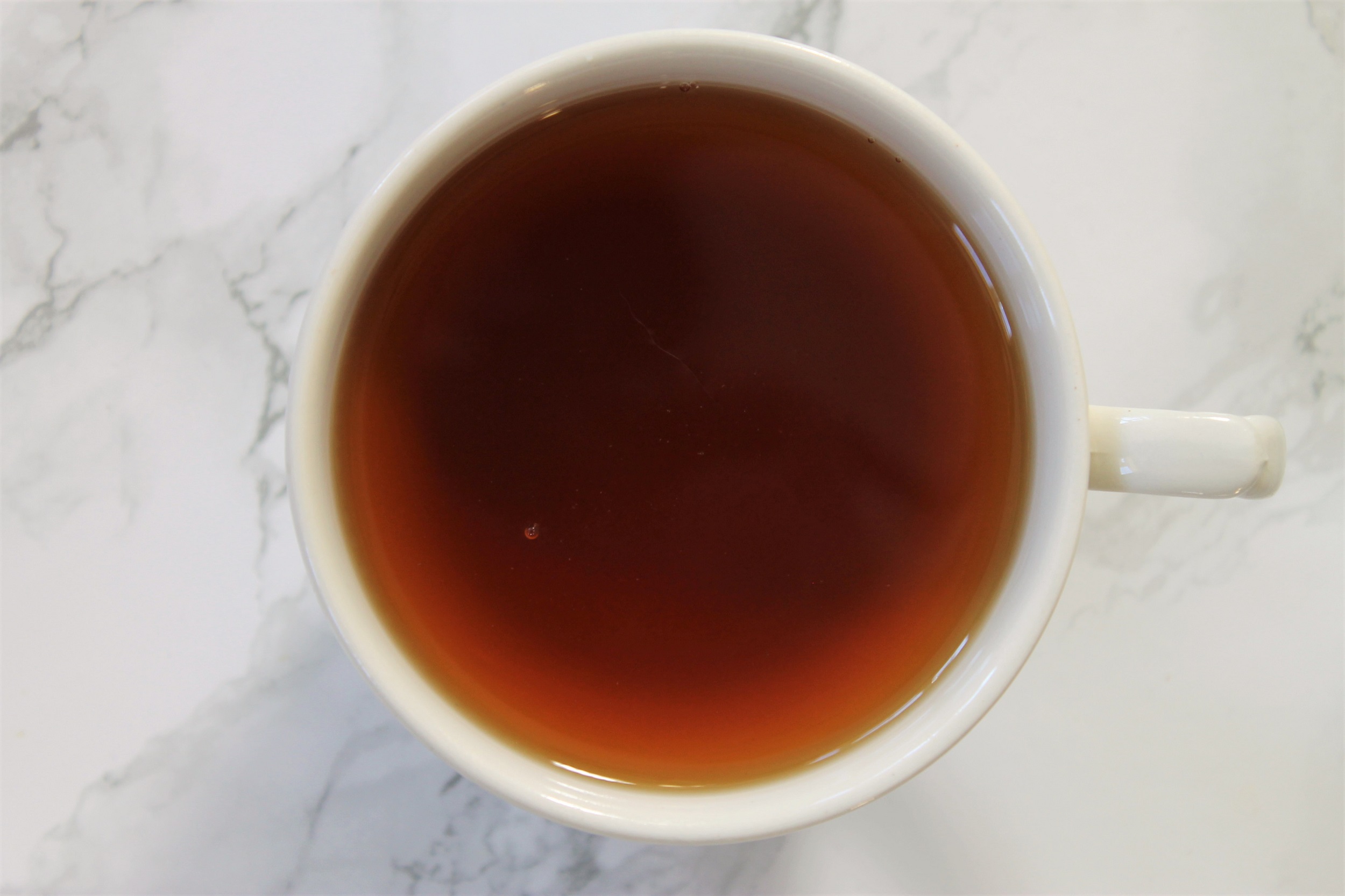 How to Brew Mlesna Cinnamon Tea

Fill your kettle with fresh water from the tap, then bring it to a boil and immediately pour the water over the teabag. Let the bag steep for 3 minutes, give it a taste, then brew for an extra minute if you like it stronger.

This tea is too light to go with milk. The creaminess will just dampen all the natural tea and spice flavours. Instead, you could try a teaspoon of honey. The sweetness will really lift it and add some richness to the black tea base.

I am enjoying some freshly baked muffins with this tea. Try any sort of cake, pastry or dessert with this tea, but stay away from savoury foods that will clash with the natural cinnamon sweetness. Don’t drink it too late in the evening, either. The caffeine may keep you up at night.

Mlesna are a small but far-reaching brand. There’s very little information about them online, yet you can find their teas sold in markets all around the world. I found mine in a TK Maxx store in the UK, but it’s widely available on Amazon.

As for the tea itself, it’s finely chopped and you really can’t tell the cinnamon from the tea leaf when you rip it open. That’s not great, but I do like that the black tea is from one place – Sri Lanka. Mlesna teas are all from Sri Lanka so if you want to get into Ceylon teas, they’re a good starter brand to explore. 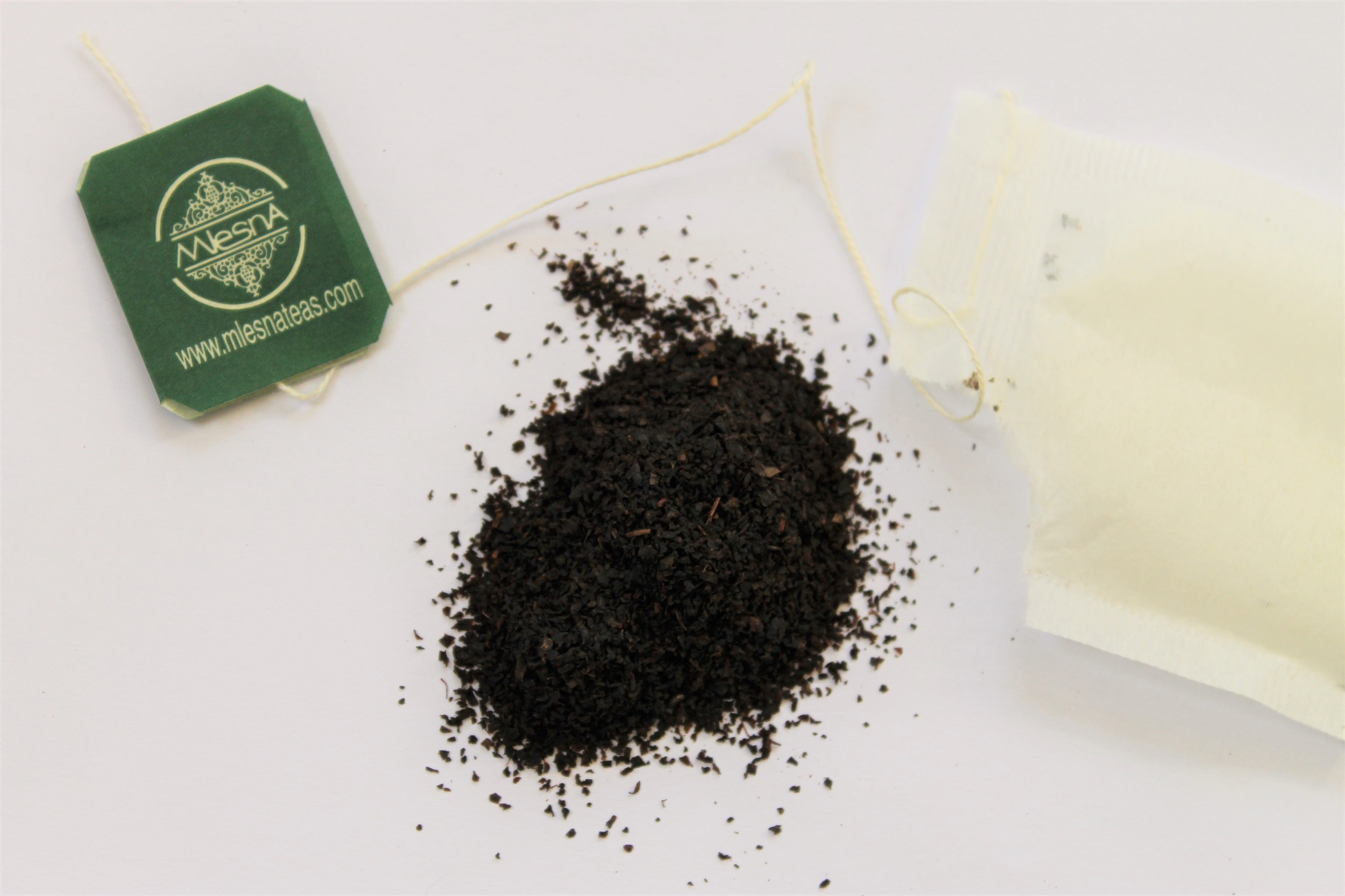 Some of Mlesna’s teas are sold as whole loose leaf instead of in teabags, so if you come across Mlesna Cinnamon Tea in loose leaf format, go for it! Loose leaf tends to be better than teabags for quality and flavour.

This is a pleasant tea that I doubt anyone could be offended by. The cinnamon is pleasant but not overpowering and the black tea has a slight natural sweetness and smoothness that glides over your tongue. Find it on Amazon using my button below or link above to check it out for yourself. 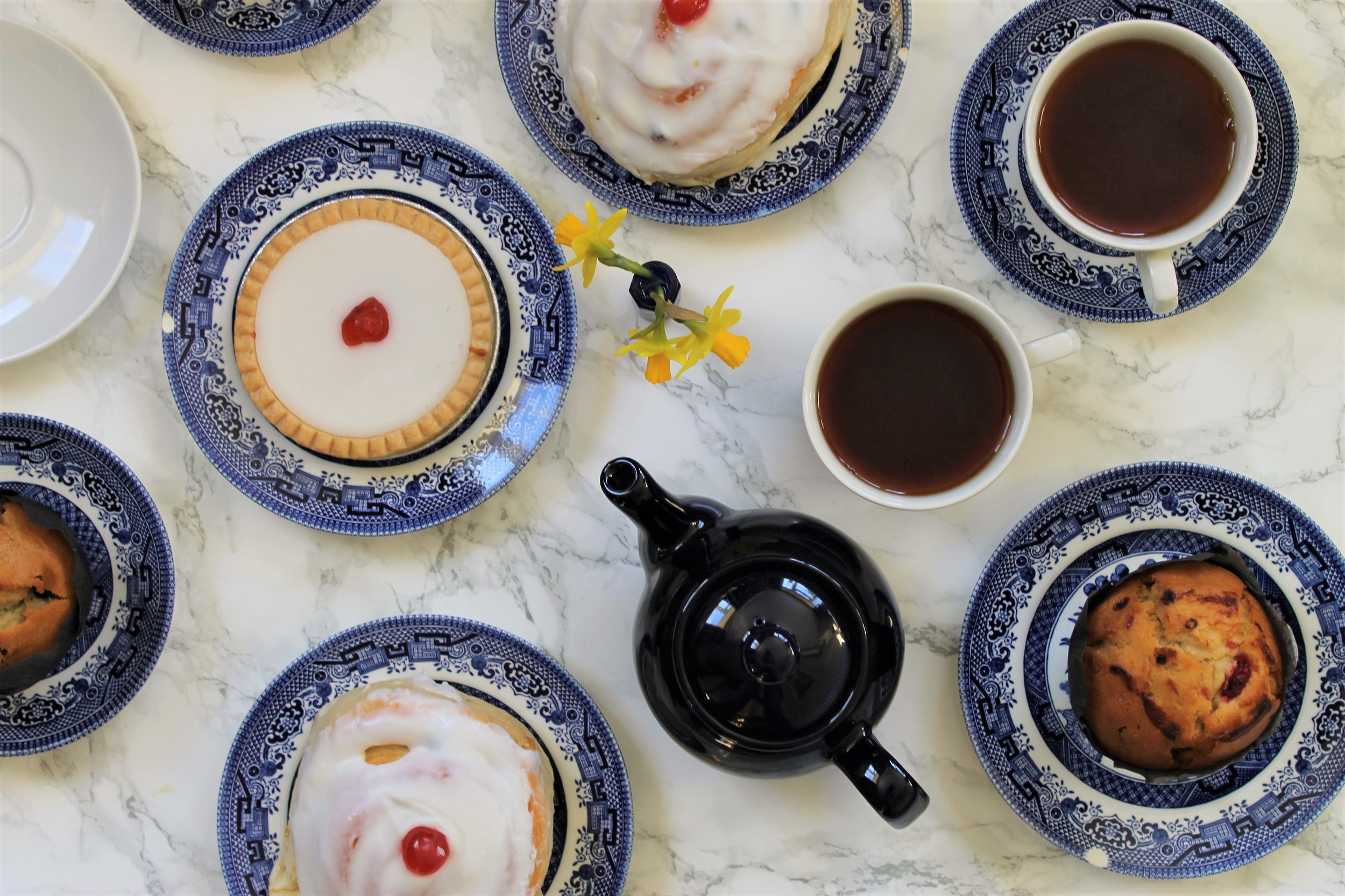 Cinnamon is one of the most common spices found in teas, besides cardamom. From my favourite chai blends to some unique Christmassy teas from the likes of Whittard and English Tea Shop, cinnamon is a star. Check out my Tea Review Index to browse all my tea reviews in one place.