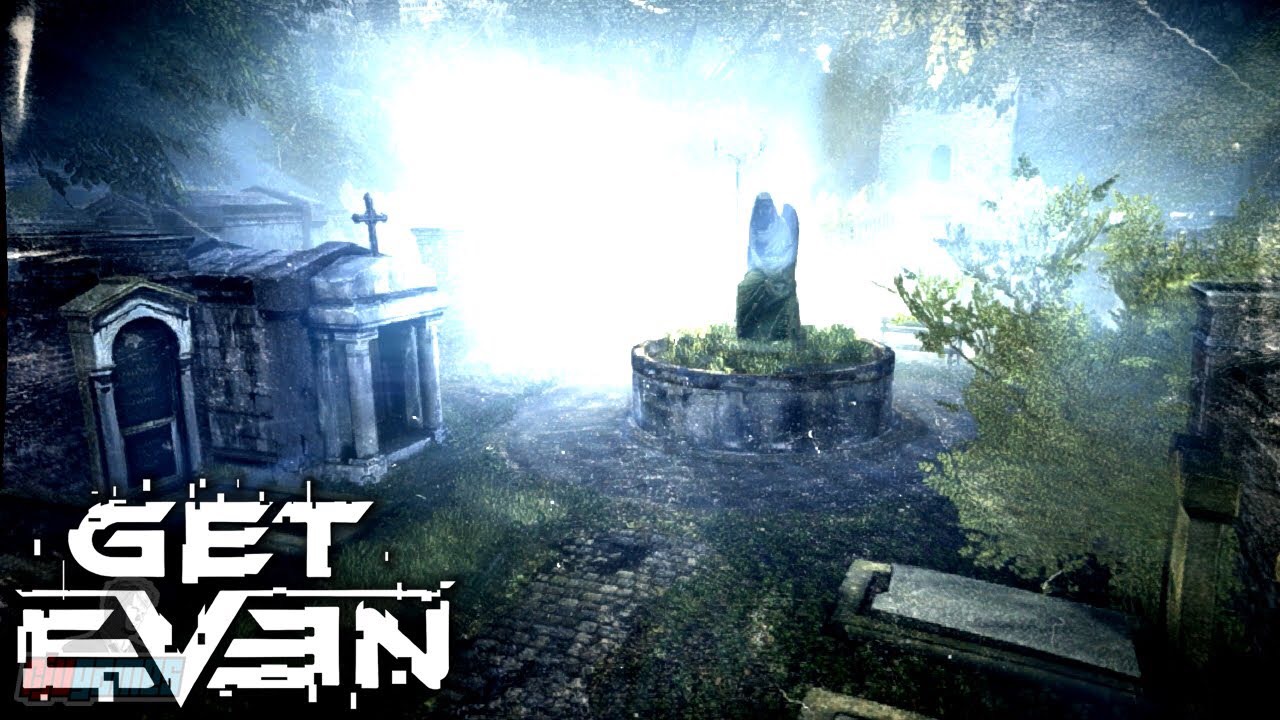 This is The Subtext and I’m Dan and this is a Quick Review of Get Even. Get Even is a curious title, developed by The Farm 51 and published by Bandai Namco – it feels like a modern-day AA game – the sort of mid-tier game you got a lot of in the early 2000s. And though it’s ambitious it lacks the polish of big budget, AAA games.

And it feels like you can trace a lot of the design elements back to the PS2 era – levels feel very boxy in terms of geometry and gunplay feels arcade-y and antiquated. In fact, I actually felt a sense of nostalgia, probably unintended, playing through the various action sections. You wouldn’t believe this was a game made in 2017.

Impressive Voicework in Get Even

The Farm 51 is a Polish developer but the narrative seems to take the best bits from schlocky British crime movies – it’s all a bit Harry Brown, and that’s a very good thing. From the forgotten railway arches, graffiti-covered tenements and derelict factories, there’s a real sense of familiarity here. And the voice acting is uniformly excellent – it was refreshing to hear such an array of regional British accents – the likes of which you don’t even hear on British TV most of the time.

Not so Impressive Graphics

Unfortunately, the gameplay’s not the only thing that’s dated – graphically it looks like something dredged from smack-bang in the middle of last gen. Apparently the game offers PS4 Pro support, but any increase in resolution only highlights the grainy, blurry-looking textures even more.

Audio of Get Even

Thankfully the game fares much better on the audio front – on top of the stellar voice work, I found the use of sound effects during high-intensity moments to be quite novel – discordant tones can be heard during gameplay – they become louder and more frequent as tensions rise, till it’s like a constant drumming in your ears – it’s a fascinating implementation; though it is likely to cause a few headaches.

The Gameplay of Get Even

Get Even probably needs a bit of rebalancing – it encourages you to avoid combat, but enemies can spot you from quite a distance and stealth options are limited. If you are spotted, you’d better make good use of cover – in normal mode, enemies can take you down in a couple of shots. I’d often just make a run for it – past the guards plucked straight from a PS2 game – to the next checkpoint, where the enemies will literally dissipate before your eyes – Metal Gear Solid this is not.

You’ll also be exploring aplenty – which basically means hunting down documents, lots and lots of documents. Oh, and audio logs too. Searching for documents in games is beyond cliché at this point, but I’m not going to harp on it too much – it’s an effective way to fill out backstory.

A Master in the Realms of Storytelling

But here’s the crux: from a narrative perspective, Get Even is remarkable – and it doesn’t even rely on cutscenes to tell its story. Pesky documents aside, it opts for a more inventive, engaging method of storytelling. I won’t spoil the plot but I’ll leave you with this tagline: as you are unceremoniously dropped into the game world, without any information about yourself or your surroundings, you are given a single directive – to save the girl.

But that brings us to the end of another episode. Don’t forget to like, subscribe to my YouTube channel and leave a comment below. As always, this has been The Subtext, I’ve been Dan and until next time!