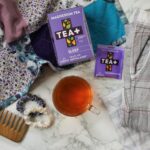 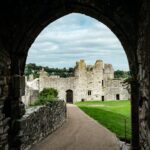 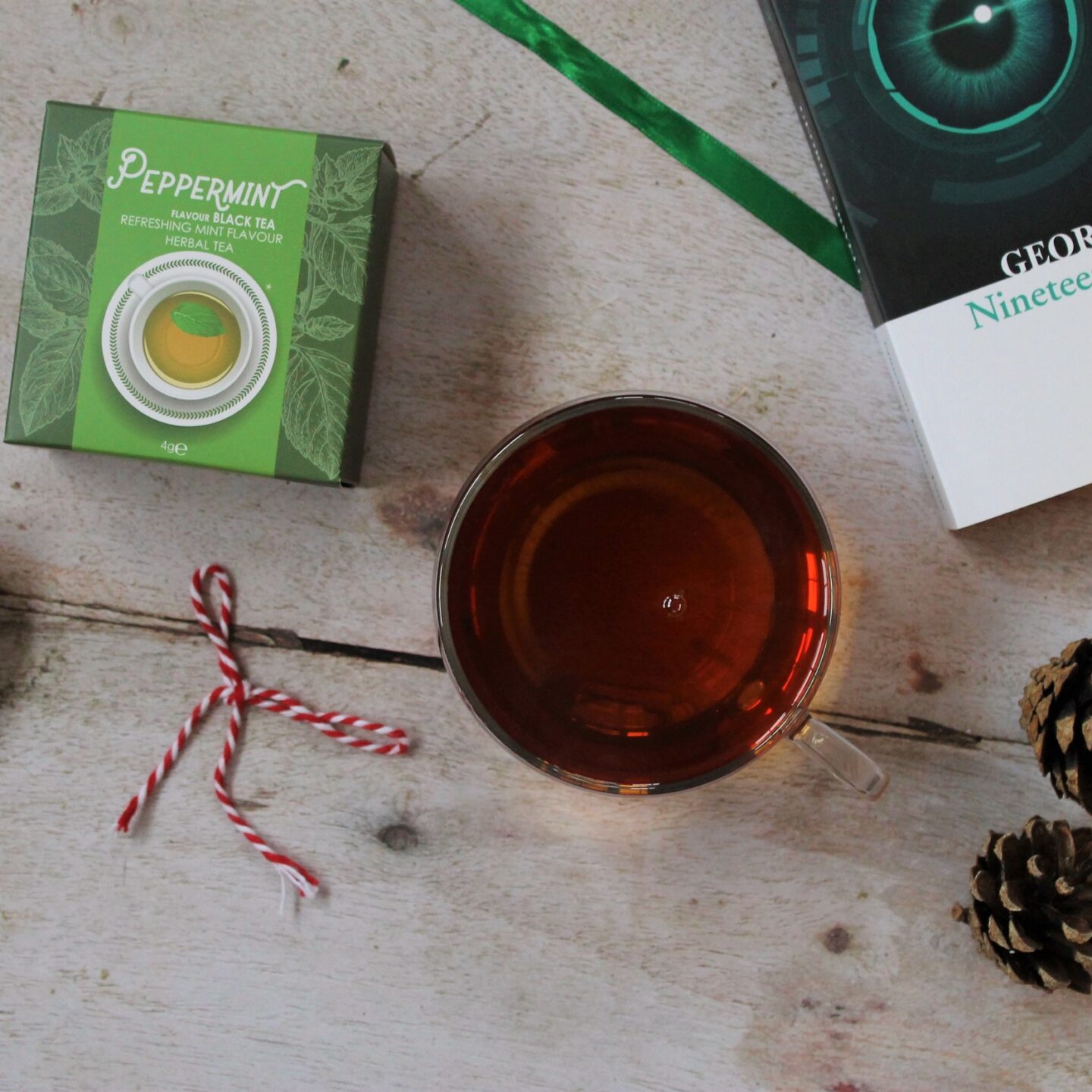 Peppermint can be a great flavour. Mixed with green tea to create a gorgeous Moroccan Mint tea, or iced and served with honey in the summer. But peppermint tea can also be quite medicinal and unappetising – think of toothpaste and chewing gum. So, you need to hit the right note of menthol and sweetness in peppermint tea.

Do you think Fosters have what it takes to create a good peppermint tea? I’m a little doubtful. My experiences with this brand so far have been far from stellar. But let’s go in with an open mind and review Fosters Peppermint Tea regardless.

Fosters Peppermint Tea at a Glance

This tea was fairly unpleasant to drink, with a musty quality and rounded herbaceous flavour. It’s not overly minty and the black tea doesn’t shine through either. Nonetheless, it has a few redeeming qualities. 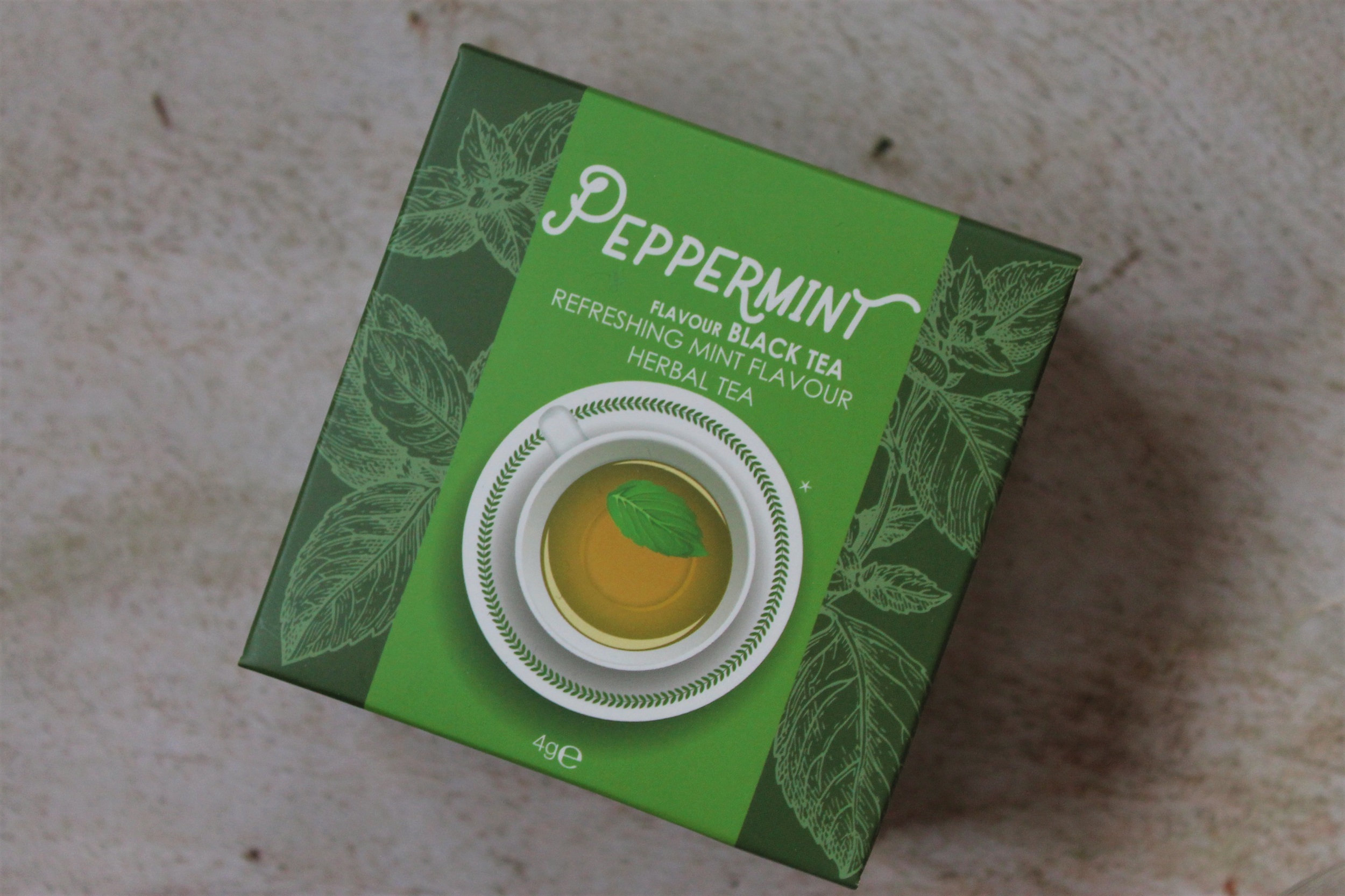 These teabags are foil wrapped which does help lock in some of the aroma and flavour. Nonetheless, the initial aroma was quite dull which isn’t a good sign. You’ll find this strange spiced apple aroma coming from the teabag which really doesn’t make sense (I had to get a second opinion from a family member to make sure it wasn’t just me). There is some peppermint menthol to find, however.

I brewed it simply until I had a dark amber yet clear tea cup – see method below. The aroma coming from the steam is musty with hints of peppermint, albeit low on both menthol and sweetness.

The flavour is odd too, with a mild herbaceous note carrying each sip. I detected only a hint of mint, along with savoury sage and rosemary. It’s not sweet in the slightest. The black tea base is also undetectable and I think contributes to the overall musty flavour.

The mouthfeel was good, however. It’s a medium-density tea, so not too water or too thick, and it’s quite slick over your tongue. Along with the clear and bright colour of this tea, these are the only redeeming features.

Overall, it reminded me of when you want to order a cup of tea to finish a meal at a restaurant and see “herbal tea” listed as an option rather than the specific type. More often than not, you’re served with a vaguely minty concoction that tastes like Fosters Peppermint Tea. 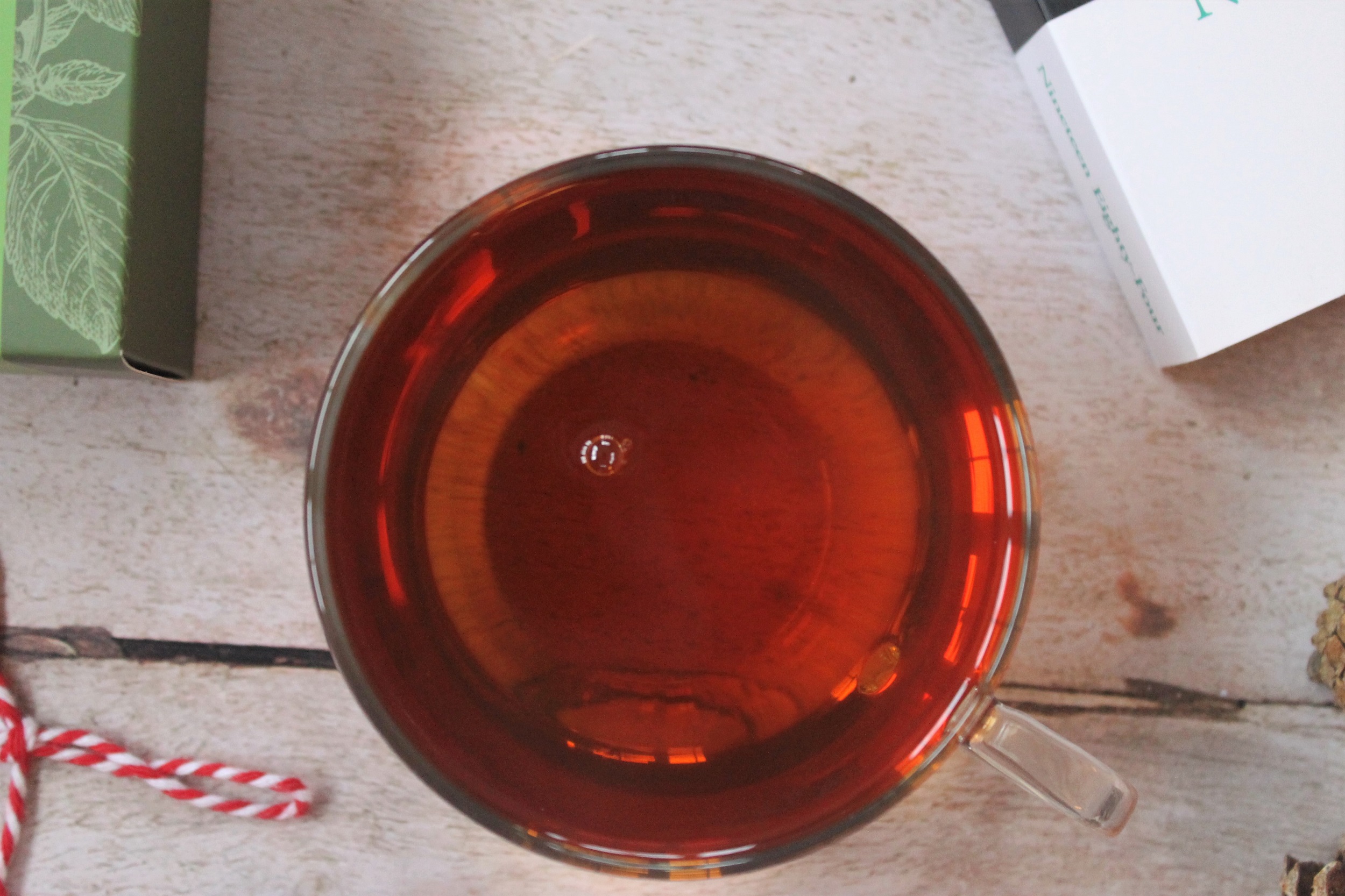 How to Brew Peppermint Tea Bags

Peppermint tea is herbal and caffeine-free, so you can brew it with boiling water. Black tea also prefers hot temperatures, so just boil your kettle and once it’s finished bubbling, pour it straight over the teabag in your mug. I use approximately 250ml of boiling water with 1 teabag. I let mine steep for 3 minutes, but feel free to let it steep for longer.

I would recommend adding some sweetness to combat the savoury herbs and brighten the black tea base. Personally, I will be using these remaining teabags in baking recipes rather than drinking it. I didn’t think the flavour was very appetising.

Fosters Traditional Foods are not a good quality tea brand. I picked up a pack of their tea in Tesco on a whim and have regretted it every day since. The tea flavours are lacking and the quality is dismal. You can see for yourself from my photos how poorly treated the tea leaves are.

I have come to the conclusion that the peppermint is purely flavouring, as there are no peppermint leaves to see in the blend. 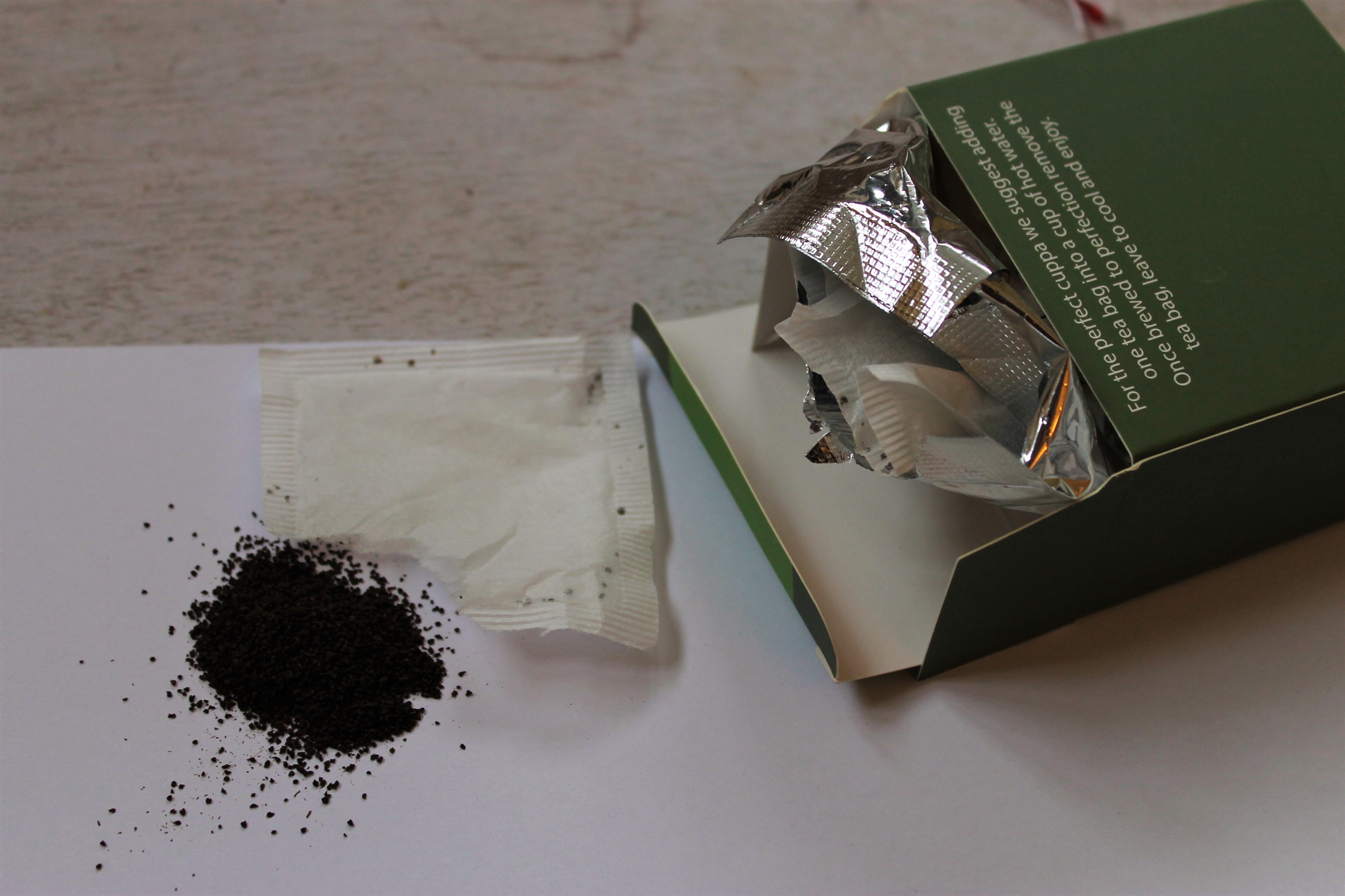 If you want to compare this to a high-quality peppermint tea, go check out Teapigs peppermint pyramid sachets. Large, whole leaf peppermint provides a much better flavour and drinking experience.

The only thing I’d like to note about Fosters is that the teabags are sealed in a foil wrapper, which does help to keep the tea fresher for longer. Furthermore, the outer boxes are all made of simple card which I can (and will) recycle to reduce my environmental impact. Although, I wish I had never purchased them in the first place.

I don’t recommend Fosters Peppermint tea. Not only would it be a real struggle to find it in the UK, as it’s not a well-known or popular tea brand, but you would be very disappointed with the quality. Instead, I recommend you use my paid link below to check out peppermint teas in your country on Amazon. 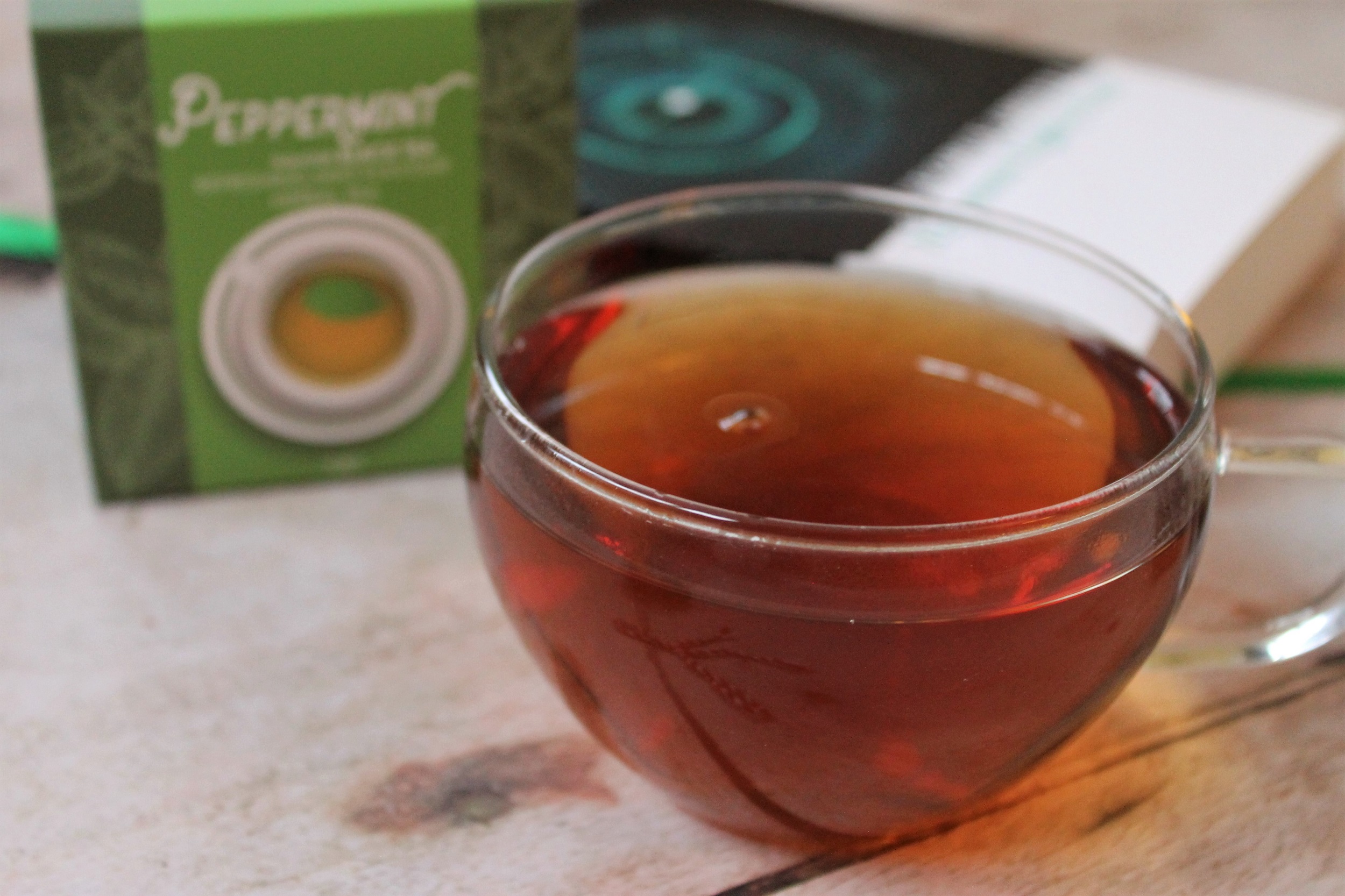 There are a lot of obscure tea brands out there who are all producing the same simple tea blends. For example, read my review of PMD Peppermint Tea next. It’s another unusual and unheard-of tea brand, but this one actually cares about quality!