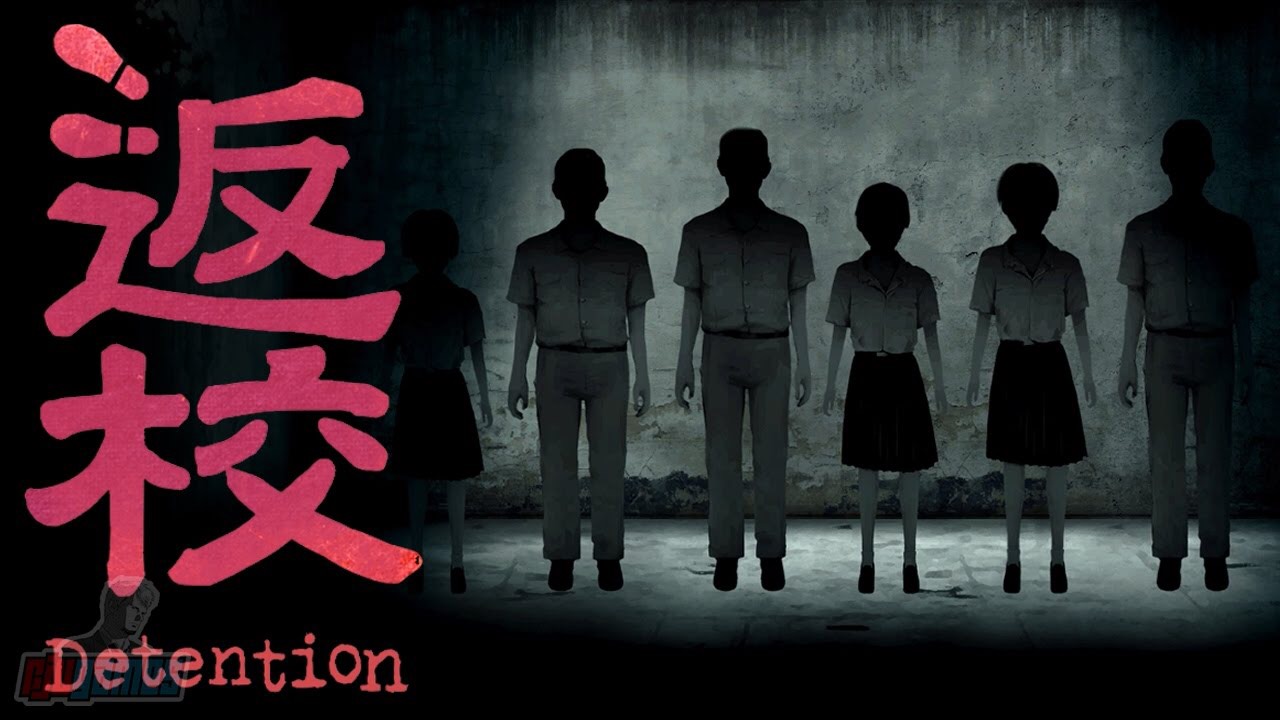 The Subtext: a cursory discussion of horror, to be explored more deeply in later episodes – specifically horror through imagery and disturbing themesto evoke a feeling and examining how time and place (atmosphere) can affect experience – as opposed to ghost train horror, example; Layers of Fear.

This is The Subtext and my name’s Dan.

Now let me set the scene – not so long ago I played Layers of Fear. Layers of Fear was sold as an exploration of the human psyche where, ultimately, you turn out to be the monster.

As much as I enjoyed the game, the experience ultimately rang hollow. It’s the video game version of a ghost train – you move from point to point with very little player agency, waiting for the next jump scare. The premise was fascinating, but the game itself left me feeling cold.

At first glance it seems to follow trends popularised by Japanese horror games – it’s set in a school and begins with a boy falling asleep at his desk – he awakens much later to find the classroom empty – so far, so familiar – but as the story unfolds it transforms into something far more interesting, eschewing many horror conventions along the way.

You see, unlike its horror contemporaries, Detention realises that in order to create a truly unnerving atmosphere you need only turn the mirror on human nature – weaving real themes such as censorship, adultery and even a student/teacher relationship into its narrative, all with a deft touch.

Setting and Atmosphere of Detention

Detention is set in 1960s Taiwan, during a period of martial law that lasted 38 years – it is to be commended for its incredible sense of time and place – though not realistic, it is richly detailed and successfully recreates the feeling of loneliness and oppression – there’s the sense that you’ve been transported to 1960s Taiwan simply because it feels like 1960s Taiwan.

Now the game does make sparing use of jump scares – the jumps themselves are well implemented, but it’s the unsettling imagery that’ll make a lasting impression on you.

Imagery is varied, sometimes unexpected and never out of place – there to be interpreted as the player sees fit. A mass of paper planes falling from the sky – large, kaleidoscopic fish swimming in the background – an auditorium full of smiling spectators clapping as you solve a puzzle – most games don’t leave room for interpretation as it’s risky for developers to include elements the player might not “get”. Detention, with all its ambiguity, lingers in the mind much longer than its diminutive runtime would suggest.

The art style only serves to make that unsettling feeling all the more palpable – each scene is reminiscent of an old photograph, forgotten and faded from long hours in the sun – the colour palette is muted for the most part with the exception being a few areas that utilise vibrant colour with abandon, invoking the sense of a fever dream.

The Sound of Detention

Sound design is arguably the secret ingredient to successful horror – there’s a reason why most horror games recommend using headphones. What we see – or more accurately what we don’t see – is the basis of good horror – but what we hear is what gives life to our fears. Awaking in the dark of night, we more acutely rely on the sense of hearing to fully perceive our surroundings – and it’s the sound of things that go bump in the night that really sends our imaginations into overdrive.

Detention’s sound is impressive with a harrowing soundscape underscoring the whole experience and select moments punctuated by wistful piano tracks – a strong feeling of loneliness pervades the three-hour run time.

Find the Detention OST on Amazon.

Locations resemble nightmarish dioramas and characters animate almost like marionettes – puppets unwittingly playing their parts in the grand narrative of oppression. The never-quite-natural animation in combination with the unsettling imagery makes for some truly hair-raising moments.

The way in which Detention explores difficult themes is to be lauded – often implying unspoken truths through subtle visual cues, allowing your imagination to do the rest – a father’s infidelity is implied as you walk through his bedroom, filled with women’s underwear. By asking the player to connect the dots, the developers encourage contemplation of difficult themes, probably not previously considered at length.

So why is this important? Well it’s simple – a jump scare only stays with you for so long, then you move on – real fear lasts longer – and Detention, with its emphasis on atmosphere and imagery, is definitely a step in the right direction – even if it doesn’t quite get there in the end.

Our protagonist Ray is revealed to be not so much a victim drawn into an unfortunate plot, but more of an active participant, accountable, at least in part, for the unfolding narrative. Unlike Layers of Fear’s artist, who is explicitly revealed to be a monster, Detention veers much more into an area of grey, beyond preconceptions of good and evil – again letting players make up their own minds.

Not content to simply scare you and be done, the game successfully navigates themes and feelings often left by the wayside, but it’s not all roses – aspects of this game do fall flat.

Perhaps the most egregious fault relates to the enemies in Detention. Known as the “lingered”, these ghosts act as an obstacle to player progression – what’s strange is they just disappear about halfway through the game, never to return – after the halfway point the game is wholly focused on narrative with a sprinkling of light puzzling. This aspect of the game feels plain under-baked – why include enemies at all if you’re just going to discard them after a handful of encounters?

Even stranger is the mechanic used to distract enemies – you can leave a bowl of rice in an enemy’s path as a sort of offering and then sneak past them while they chow down – I understand the idea is based in folklore, but its application in the game just feels off, sort of like using magazines to distract guards in Metal Gear Solid – not to mention the fact that there are hardly any real opportunities to use the mechanic – I can only recall one, maybe two locations where you can actually find the bowl of rice – again it feels like an afterthought.

The relevance of the “lingered” spirits and why they’re there is never really explained. Now normally I would argue that the less we know the better – the more our imaginations fill in the blanks – but frankly I found myself disinterested in Detention’s enemies since they felt superfluous. On a more interesting note, on the rare occasion that you die in Detention – usually through carelessness or the game’s sometimes sticky controls – you will encounter an old lady – not a friend, not an enemy. If I were to hazard a guess, I’d say she was some kind of custodian of lost souls. I felt a greater sense of curiosity towards her than any of the game’s rather slight cast of enemies.

The enemy situation is the one major blemish in an otherwise compelling package.

The Dialogue of Detention

Dialogue in the game is generally quite well done – there are moments where it errs on the side of pretentiousness and there are a few noticeable errors in the translation but it does a good enough job in service of the narrative.

So, just how scary is it? Well actually, I would argue it’s not that scary – enemy AI is basic and easy to outmanoeuvre and as I mentioned, enemies stop showing up altogether about halfway through the game. As with many horror games, you soon start to settle into a routine and the game loses its scare factor.

However, Detention stands out from the crowd of horror games because it understands that fear is multifaceted – and as we peel back the layers: the unusual imagery, the wistful sound design, the rich atmosphere and the surprising narrative – we are left with a far more interesting core. Even though Detention stumbles in its pursuit of fear, it succeeds at creating an uncomfortably oppressive atmosphere, tainting you with the ambiguity of its morality and making you feel unclean.

It makes you, the player, complicit in Ray’s actions and by extension the dark atmosphere seeps from game world to real world – it’ll get its claws deep in you in a way very few games can and leave you ruminating for a long time after.

But that’s it for today’s episode – we’ll be diving deeper down the rabbit hole that is horror in many videos to come.

And in the meantime, if you enjoyed this video why not give it a like, and if you want to see more videos like this, don’t forget to subscribe.

This has been The Subtext – I have been Dan – and until next time!