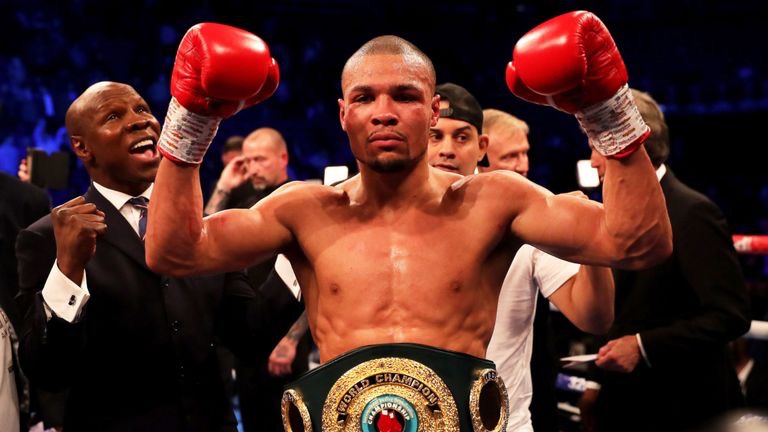 Chris Eubank Jr put in the performance of his career last Saturday night with his unanimous points victory over James Degale at the O2 Arena.

“If I can’t beat Chris, then where do I go” These were the words uttered by James DeGale in their Face-to-Face sit down with Gabriel Clark before their clash on Feb 23rd in London.

DeGale had dubbed this fight the ‘Retirement Fight’ stating “he needs the win and he needs to look good” but Eubank Jr had plans of his own. He and his new trainer Nate Vasquez (the unlikely pair linked up at Mayweather’s Gym in the summer of last year) put together and carefully executed a game plan. A game plan that saw Degale dropped twice and almost stopped in what could’ve been an all British classic, had it not have been for the untidy mesh of styles between the two fighters.

Since his victory there has been the inevitable clamber from fans and commentators alike about the long awaited and still hotly discussed rematch between him and Billy Joe Saunders. Billy Joe holds a Split Decision victory over Chris Eubank (a fight I think was a more convincing victory than the judges would have you believe), after they fought for Saunders British, European and Commonwealth Titles in 2014. For me however I think the rematch may not be the correct call at this moment in time.

Since winning the first fight Saunders has gone on to World Title glory beating Andy Lee for the WBO title the following year and then on to have 3 successful defences of that title since putting in a performance of a lifetime and one of the best from any British fighter abroad against David Lemieux in Canada, at the back end of 2016. Saunders for me, is arguably one of Britain’s top P4P stars and one of the top 3 Middleweight fighters in the world right now.

Chris Eubank on the other hand took another two years to win the British title at his second attempt against Nick Blackwell before challenging Renold Quinlan for the lesser recognised IBO World Title in 2017.

In the same year he entered the World Boxing Super Series at the higher Super Middleweight division making it to the semi-final only to be convincingly out boxed by George Groves for 12 rounds and showing again that he wasn’t quite ready to mix it at top level.

The Future of NextGen

So here we sit. It’s 2019 and Eubank Jr finally has himself a trainer and a victory over a highly decorated, once great World Champion in James DeGale. For DeGale we are expecting him to announce retirement in the coming weeks, however, this is only the beginning of potentially one last crack at the big stage for Eubank Jr. If he is to continue making a name for himself and if he wants to mix it again at World Title level then he needs to take his time.

In America after the DeGale fight we saw Anvi Yildrim and Anthony Dirrell fight for the vacant WBC World Super Middleweight title. Yildrim was emphatically KO’d by Eubank in the fight that saw him entry to the WBSS in 2017. These fights were put together by the Linkup between ITV boxing in the UK and Premier boxing Champions in the US.

If we take a look at the at the roster of PBC fighters currently sitting in the 168lb division we can see Anthony Dirrell (WBC Champion), Caleb Plant (IBF Champion), Caleb Truax (previous IBF Champion and victim of DeGale) and Anvi Yildrim (possible rematch) are all ready to be matched in cross-continental fights that could see Eubank really stamp his name in his chosen division.

For me, Eubank still has a little to learn to be able to make any impression at World Level. Saunders is already a World Class boxer. So if we are going to see the best fight the best, then a bit more patience could see us with an absolute barnstormer of a fight in 12 months’ time between two great British fighters, and that for me would be worth waiting for.