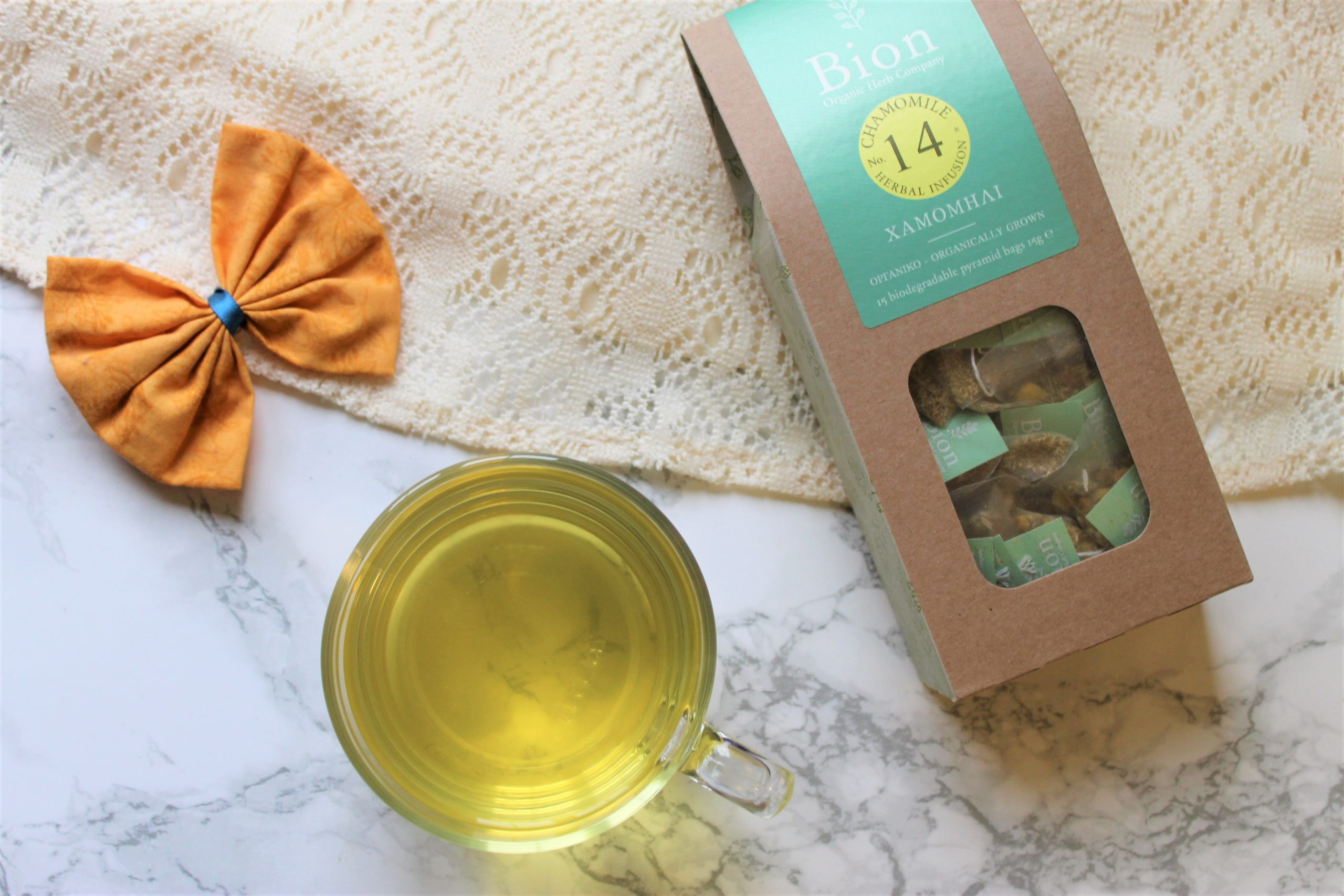 Chamomile is my daily evening drink when I really need to sleep. Something about the soothing scent just sets me off straight away, before that first sip. Of course, at 2am I rarely have the energy to wash up a tea infuser (I’m guilty of just leaving them near the sink) and use them for a loose chamomile infusion. This is when my box of Bion Chamomile tea is pulled from the cupboard.

Bion Chamomile is a really great herbal tea that’s fresh, flavourful and super easy to brew thanks to the biodegradable mesh pyramid sachets.

Chamomile Tea Sachets at a Glance

Not all chamomile teas are made equal. This one was particularly rich and thick-textured with typical notes of hay and honey sweetness. 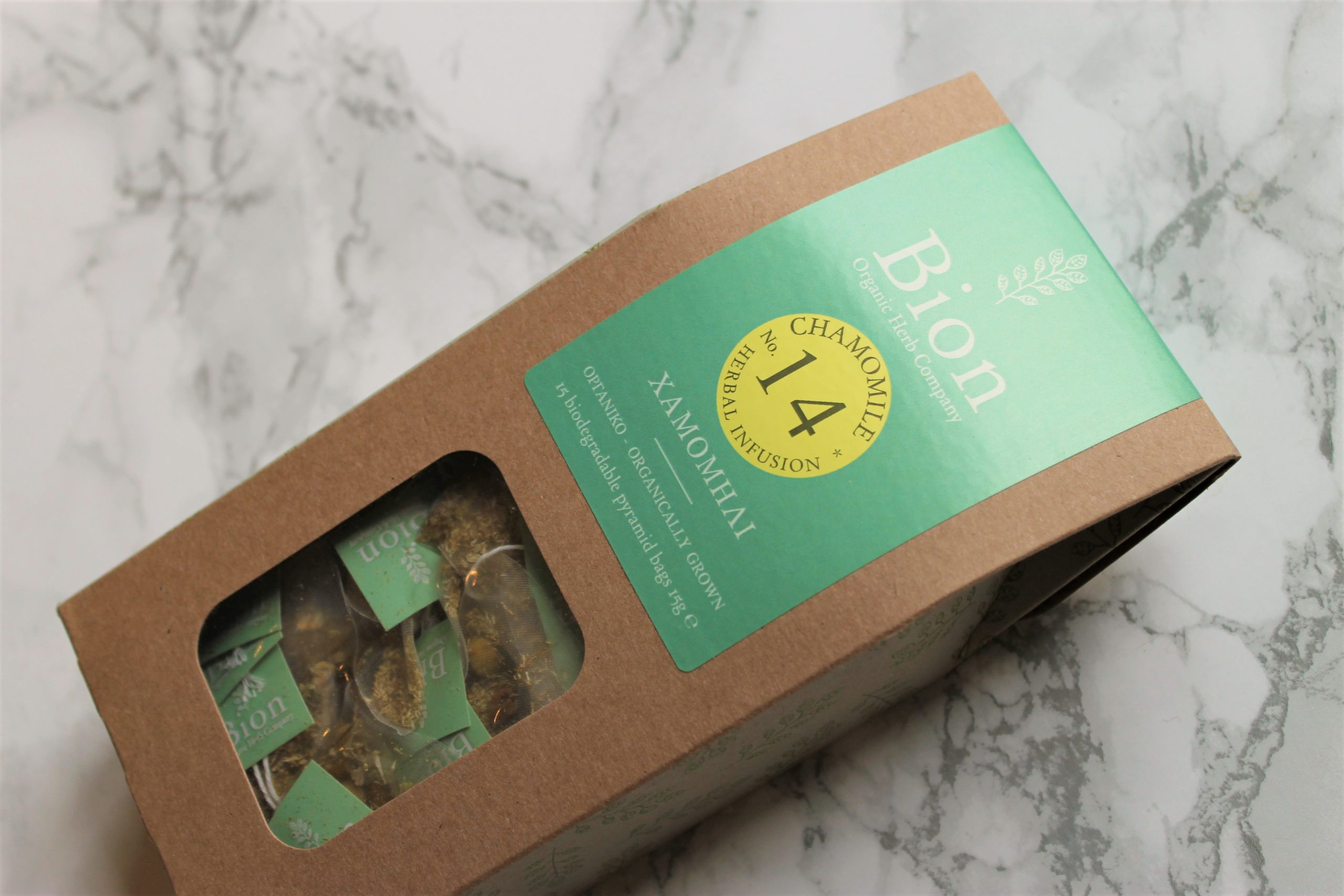 An intense aroma as soon as you open the tea box is always a good sign. The chamomile has been dried thoroughly and carefully (most petals still in-tact) so it is intense and musty yet still sweet and honeyed.

It brews into a crystal clear luminescent yellow colour. I’ve noticed that several chamomiles go this way (including Whittard Chamomile Tea) while others go the other, turning a deep murky golden. It’s not an indicator of quality or flavour, that I’ve noticed, but it’s a curiosity that does make me wonder.

You’ll notice the texture before the flavour on that first sip. It’s rich and thick on your tongue as the notes of honey and hay soak in. It’s a classic flavour but one that can still go wrong.

Sometimes it’s stale, other times the petals have all deteriorated, and sometimes stalks are left in the blend. All of this will alter the final flavour. Bion has got this right, though. This chamomile tea has an intensity and freshness that feels lively and bright, not old and dry. 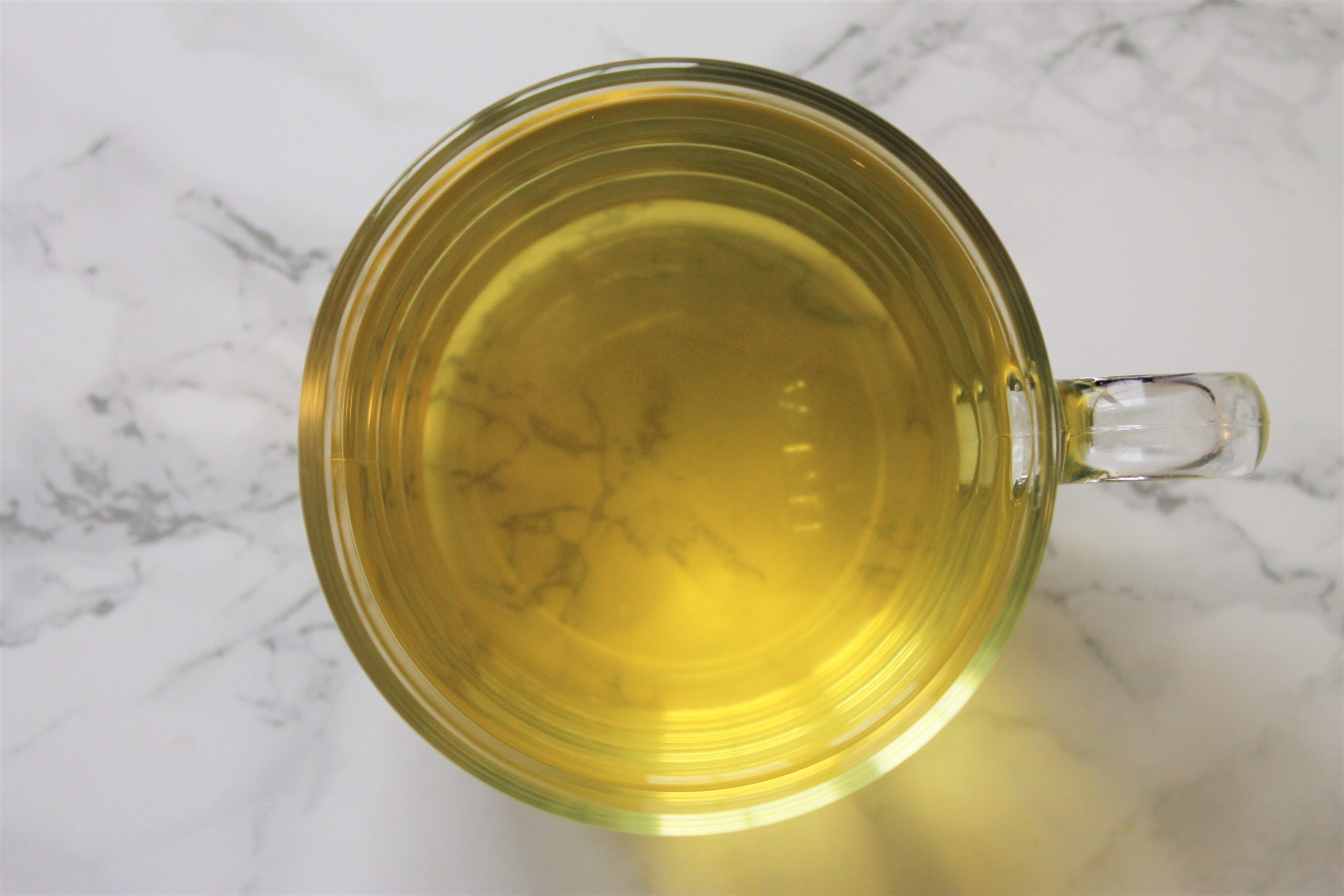 How to Brew Chamomile Tea Bags

The instructions on the box are pretty much spot on. 100°C water, brewed for 3 minutes. You could brew it for longer to intensify the flavour more, but there’s no need for a 5-10 minute brew as some chamomile teas require.

If you’re having this in the evening, you have a little dilemma on your hands. Drink it before brushing your teeth and you’ll be able to scrub away the slightly furry texture it leaves on your teeth… but that means getting back out of bed and undoing all the soothing that the chamomile did at the start.

Or, you can drink it after brushing your teeth and just settle down to sleep with that unbrushed feeling.

I’ll leave this decision up to you.

Bion very kindly sent me a large box of their herbal teas, including blends and classics like this chamomile tea. I’ve reviewed several by now and I’m quite impressed with them. The quality of the herbs when I split open the tea pyramids is superb. As you can see, many of the flowers are completely in-tact with petals still attached.

The chamomile in this tea is grown organically in Cyprus. The health benefits of drinking chamomile regularly are all to do with relaxation, soothing anxiety and reducing insomnia. Chamomile’s naturally heady, sweet and soothing aroma is just perfect if you’re feeling a little on edge or worried by something.

You can try infusing chamomile with milk to boost that night-time soothing sensation.

Overall, yes I would definitely recommend this particular chamomile tea brand. Bion has got the strength and intensity just right and once again I’m super impressed with the quality I found. Try searching for this tea on Amazon – it’s often sold as part of a tea selection from Bion with other herbal teas and blends I’m certain you’ll love too. 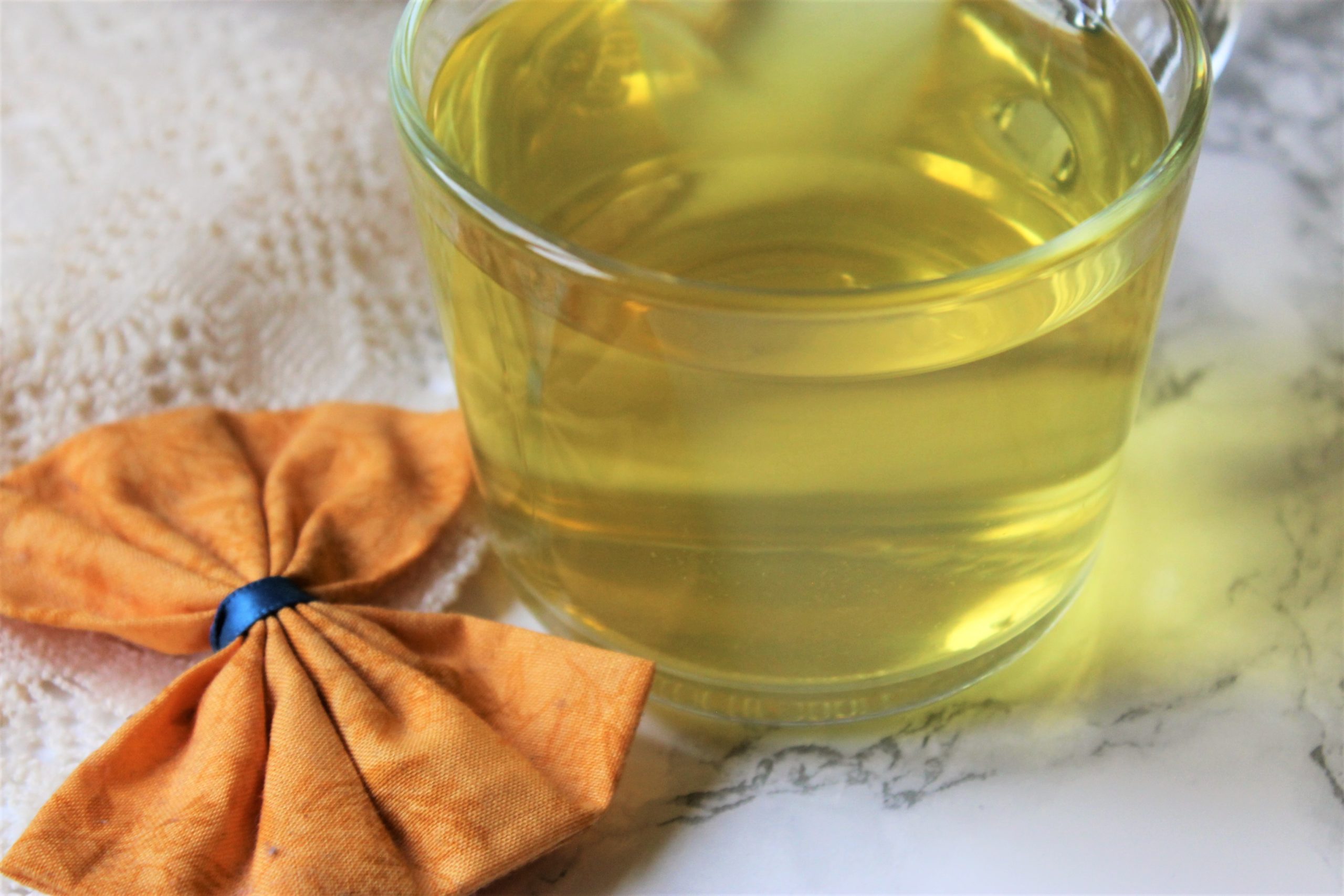 Use the tag below to navigate all my reviews of chamomile or Bion teas. Or, if you want to try something a little bit different, take a peek at my Adagio Rooibos Vanilla Chai review. It’s another caffeine-free tea with sweet, soothing vanilla. I find it’s good to settle my stomach and meet those tea cravings late at night.