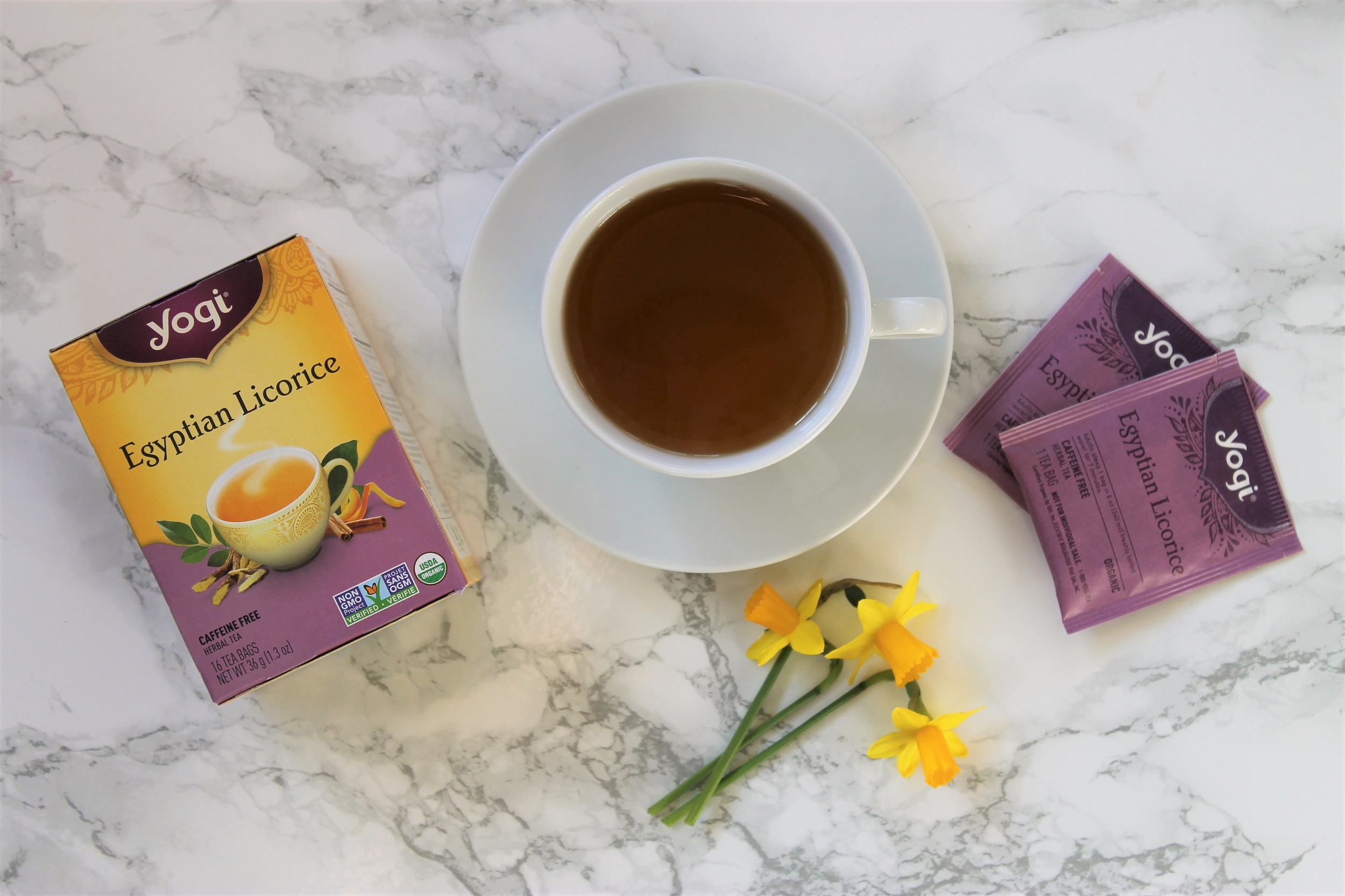 Before we get started, yes I am British, and yes I do know that we spell this ingredient as ‘liquorice’ but as this tea is from America and is labelled with the American spelling, I will be calling it Yogi Egyptian Licorice throughout this article.

Anyway, so this is Yogi Egyptian Licorice tea, an herbal tea containing just one star ingredient – licorice. I don’t overly enjoy the flavour of licorice, but I am pretty adept at tasting teas I dislike, so I can keep an open mind.

In this review is everything you need to know about Yogi Egyptian Licorice tea, including what it tastes like, how to brew it, and where to buy it.

It’s a powerful tea! The Egyptian licorice is woodsy and fresh at first but leaves a very strong syrupy sticky sweetness on the roof of your mouth that’s hard to shake. 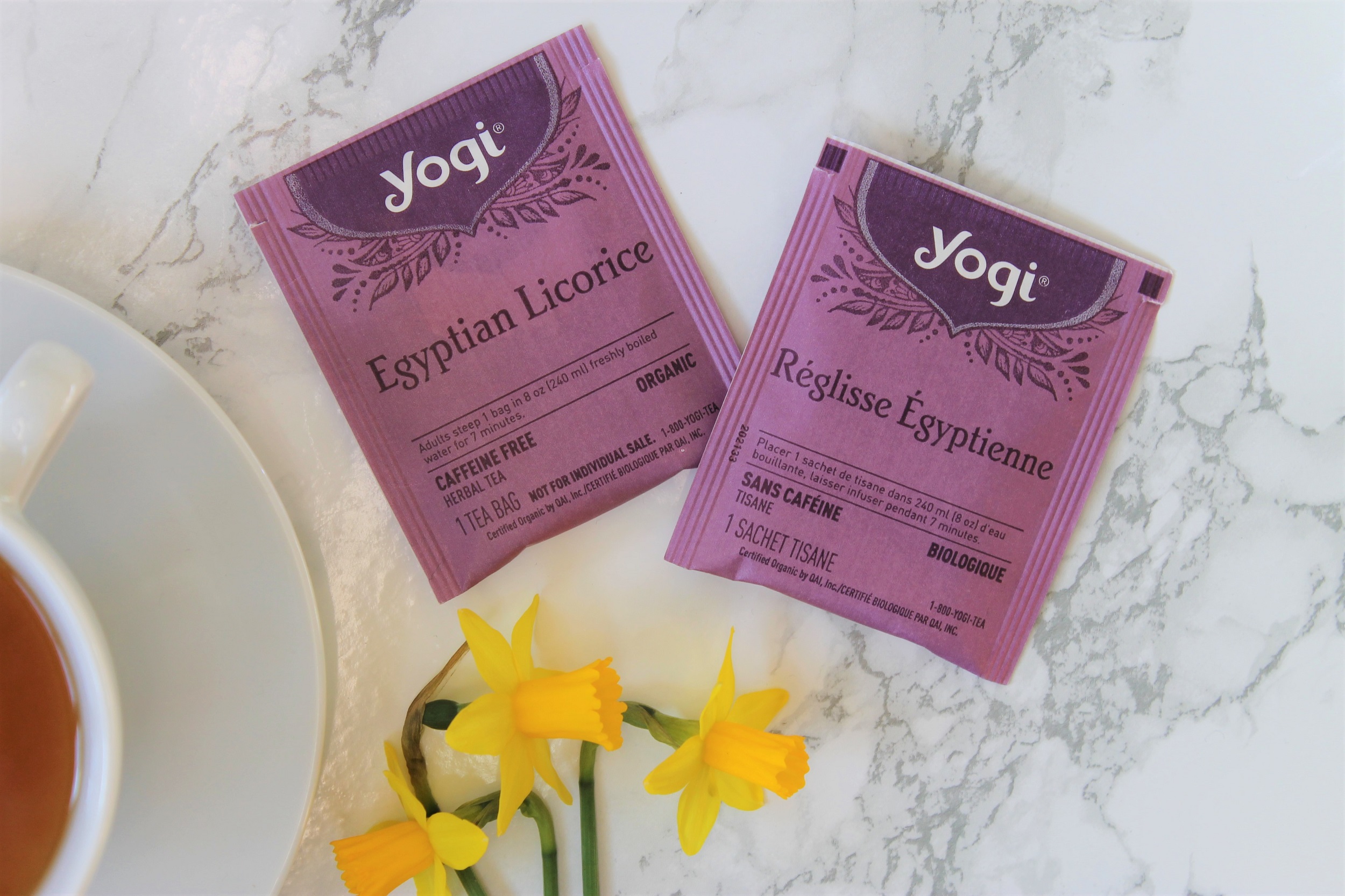 The aroma coming from the dried licorice inside the teabag is quite potent, despite these teabags nearing the end of their shelf life. It’s a woody, herby aroma at the forefront, but there’s also something sweet and medicinal emanating from the herbs. It reminds me of cough syrup, probably because many cough syrups are flavoured using anise seed oil, which has a very similar smell to licorice.

If you dislike anise flavours, you won’t like licorice tea.

Yogi Egyptian Licorice brews into a murky pale brown tea, which is a similar shade to a pale ale. The aroma loses some of the initial sweetness, reminding me of old dried wood. It’s not unpleasant.

As for the flavour, you get that standard herby flavour on the tip of your tongue – slightly musty, quite woodsy. But somehow, before you can even swallow the first sip, there’s an intense sweetness that coats the back of your throat and roof of your mouth.

It’s a cloying, syrupy sweetness that is so hard to shake! It takes a few mouthfuls of water to wash the flavour of the licorice out of your mouth.

Personally, I dislike anise flavours. But I am still giving this tea top marks (well, as high as a finely chopped herbal teabag can get in my score system) because the flavours are fresh, powerful and vibrant. 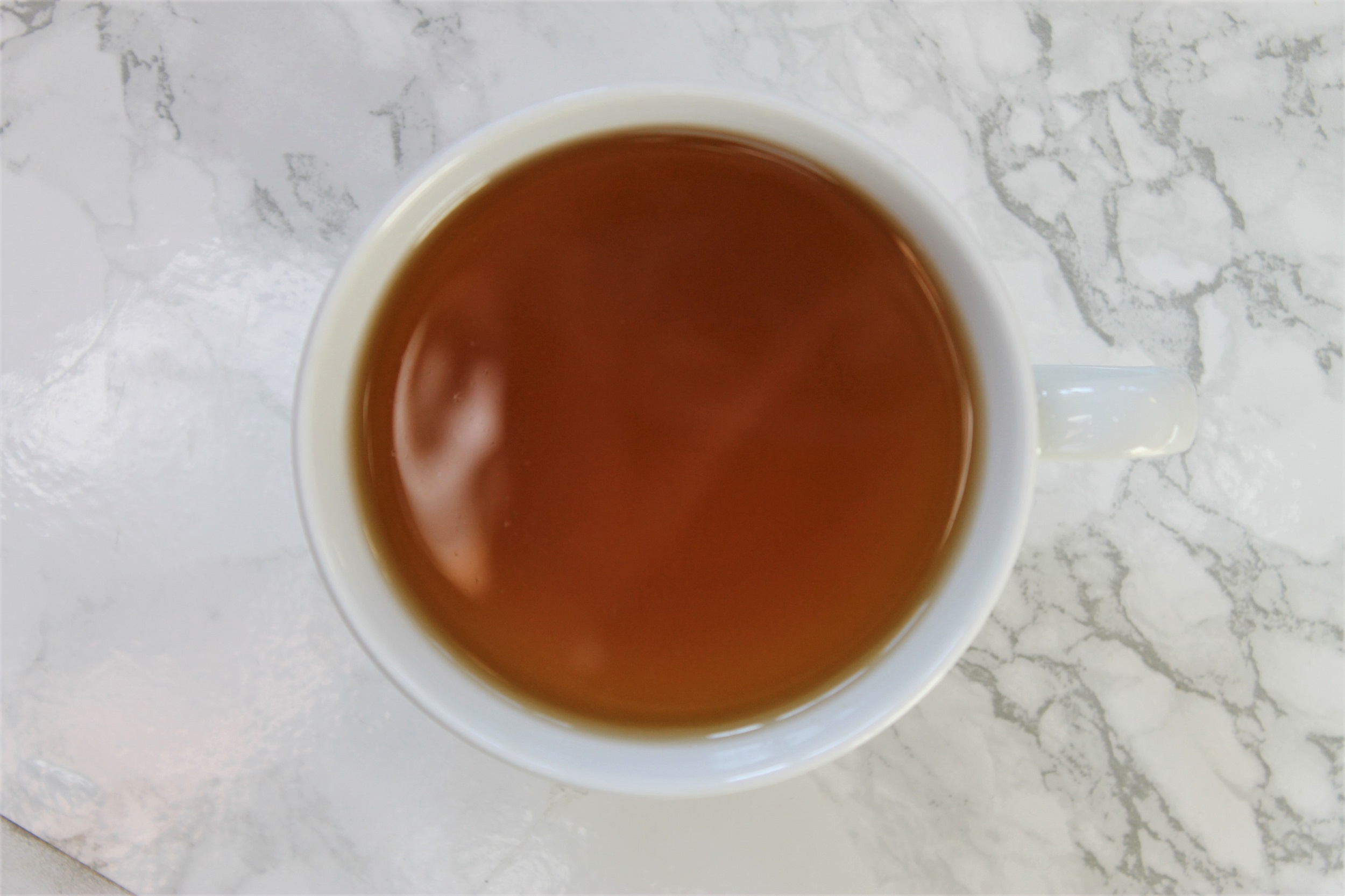 How to Brew Licorice Root Tea

Following Yogi Tea’s recommendation of a 7-minute brew time creates a strong cuppa… but it’s not too strong. I’d say 7 minutes is about right if you enjoy licorice. If you are unsure if the flavour is for you, maybe try brewing for 3.5 minutes, take a sip, and adjust to taste.

Use 100°C water straight from the kettle. The water temperature will drop over the 7 minutes, so use a teapot cosy (if you have one) or just cover your mug/cup with a saucer to lock in the steam and heat.

Milk doesn’t go with herbal tea like this, but a slice of lemon could be nice. The sharpness may cut through the sweetness. Whatever you do, don’t add sugar or honey to this tea or it will be unbearable!

This is another tea that was kindly sent to me, so I didn’t go out of my way to buy Yogi Tea Egyptian Licorice. I’m glad I’ve tried it though! Despite the licorice herb being very dusty and finely chopped when I ripped open the teabag, it is potent when brewed and I felt there was nothing wrong with the quality of the herbs.

Besides being caffeine-free, as it’s an herbal tea, Yogi have also certified this tea as non-GMO and it has the USDA organic sticker on the box. That’s a nice sign of quality.

One thing I am unsure about is the long list of ingredients. I couldn’t taste much besides the generic woody, earthy flavour which probably came from the cinnamon and ginger. And of course, the licorice sweetness. As licorice is the key ingredient, that’s what I’m focusing on when I research the health benefits of Yogi Egyptian Licorice tea. 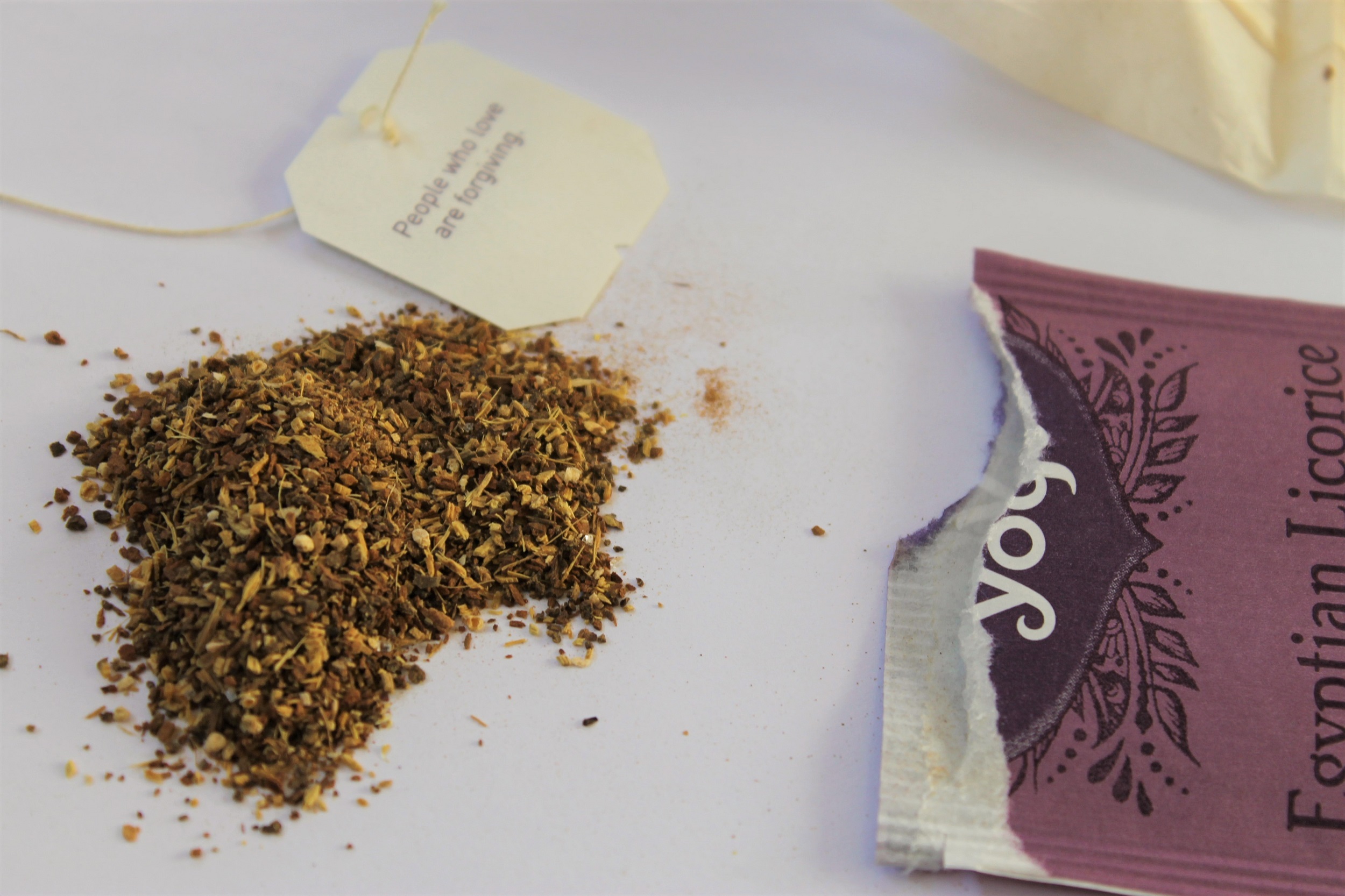 What’s really cool is that the ancient Egyptians made the licorice root into sweet drinks for the pharaohs, for its medicinal properties.

According to Healthline, licorice has a range of benefits for your body:

I do recommend this tea if you enjoy anise and licorice flavours, and you don’t have any high blood pressure problems. But licorice tea is quite divisive in general – some people love it, some people hate it. I’m in the hate category, but I can still appreciate a tea when it’s made with organic ingredients and has a strong, fresh flavour! 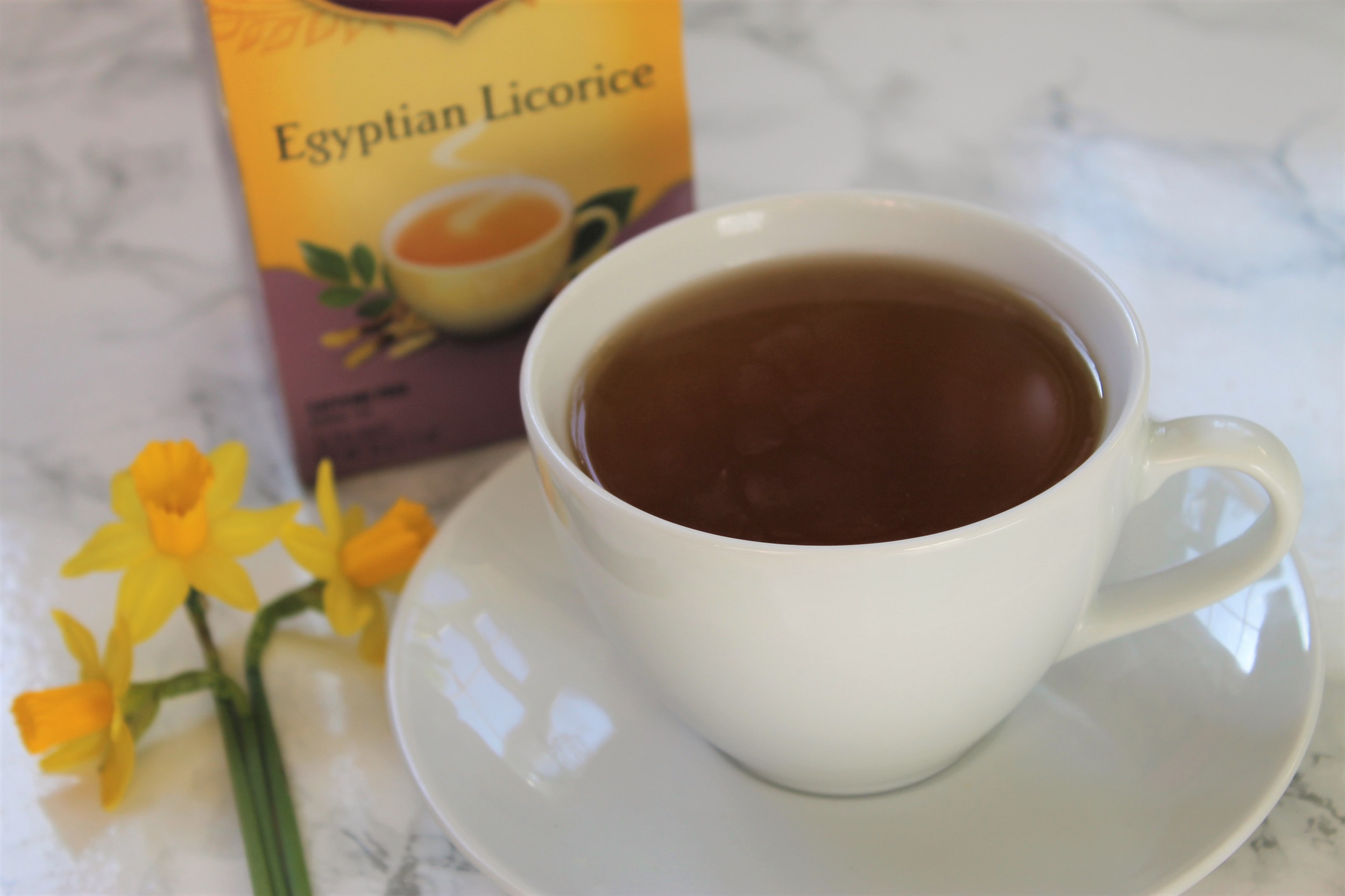 On a hunt for nice herbal teas? Your next stop should be my Tea Review Index, as it is an easy way to navigate all my tea reviews at Immortal Wordsmith from one place.