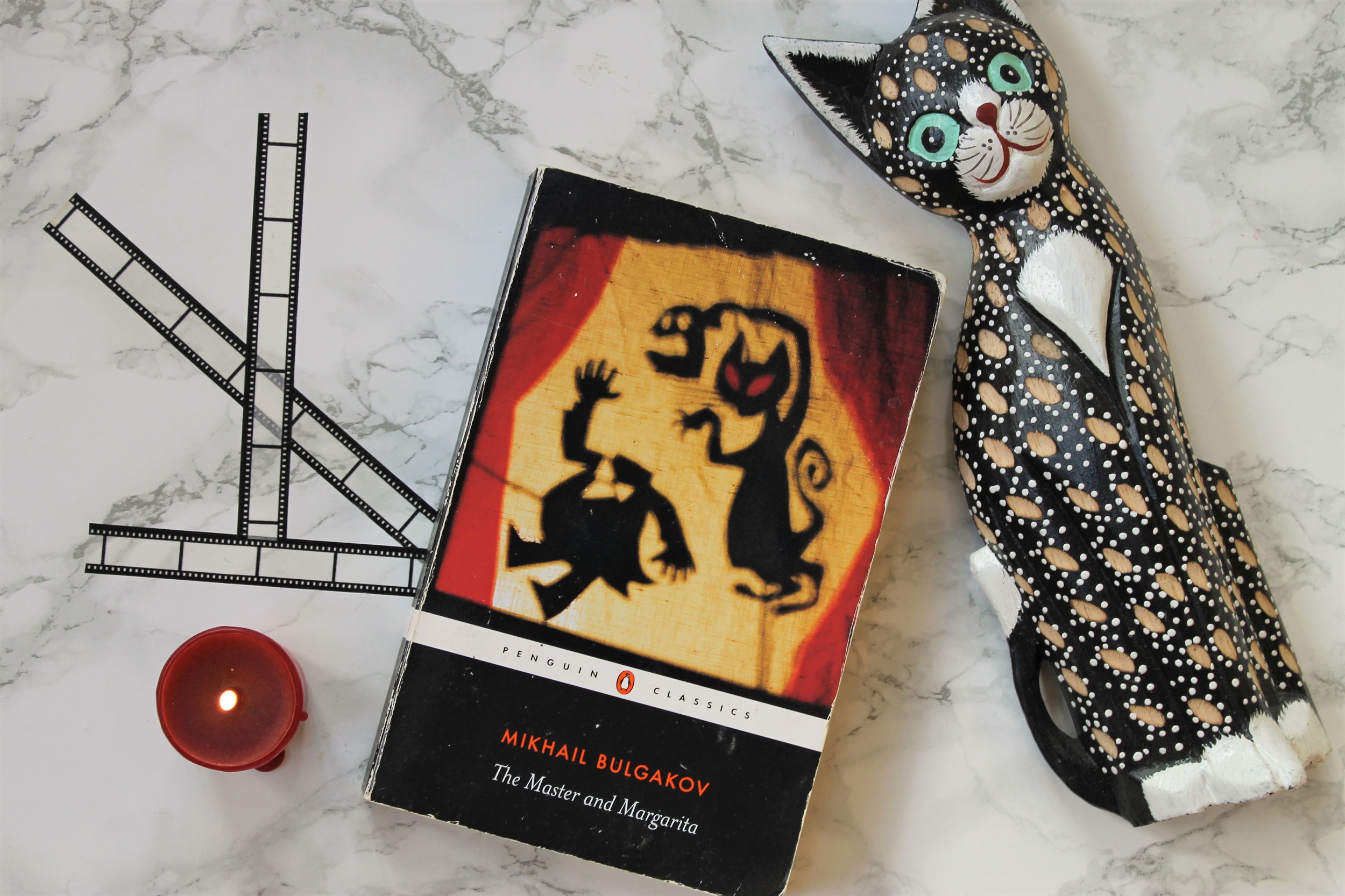 I was sixteen years old when I first read The Master and Margarita, and I didn’t really understand it. I’ve read the book five more times since then and every time I find something new. There’s a reference or little joke that reveals itself to me. And yet, I still feel like there’s a hidden message or meaning that’s just out of my grasp.

But that’s the magic of The Master and Margarita. This wonderful novel by Mikhail Bulgakov is so out-of-this-world, especially to someone like me, with only a very basic grasp of Russian history and Stalin’s rule in the Soviet Union.

And sure, understanding the history and significance of this novel in its time is definitely important (it’s one of my personal 2021 goals to work on this) but the novel is just so much more. The characters, the plot, the bizarre and fantastical events that take place are so colourful and vivid that they are just begging to be made into a film.

It could be a truly successful film.

The Master and Margarita has been made into a film and TV series in Russian a few times – I have attempted to watch these with subtitles, but they just don’t hold the same magic as the novel in my eyes.

As for future attempts, IMDb has listed The Master and Margarita as a pre-production animated film to be released in 2022. It will star Donald J. Trump as Pontius Pilate.

I, personally, don’t hold out much hope for this version. I really don’t like the idea of animating the film entirely (more on that below) and the cast doesn’t inspire confidence. However, I am pleased with the director of the film, Alexander Golberg Jero, as he was born in Moscow and has a background in music, philosophy and cinematography. He seems like a great fit!

April 2022 Update: IMDb has either removed this page, moved it to IMDbPro, or the film is no longer in production. Given the current conflict in Ukraine, I would imagine any Russian films (or films associated with Russia) are being re-evaluated.

The Best Fantasy Film of All Time?

There are some scenes in books that you read and just know that they would be mind-blowing on screen. The Great Hall at Hogwarts, the bridge to the stars from His Dark Materials, and J.R.R. Tolkien’s Rivendell spring to mind.

The Master and Margarita is bursting with these scenes. And I certainly believe Bulgakov’s novel could outshine all fantasy films that came before it, if given the right opportunity. Satan’s Ball will be particularly magnificent – albeit creepy and unusual – to see brought to life. Damned corpses and skeletons dancing to Johan Strauss’ orchestra, in an endless ballroom lit by glow worms and will-o’-the-wisps swirling through the air.

It just screams Tim Burton, and I wouldn’t have been disappointed if he had taken this project under his wing. This novel has such a unique style. It’s dark, abstract and amusing in a twisted way. It needs a magnificent score (hopefully worked around The Rolling Stone’s Sympathy for the Devil that was inspired by the novel) and its own individual style.

Think of The Grand Budapest Hotel, Sin City, or Edward Scissorhands – the worlds of these films are so distinct and stylised. That would work perfectly for The Master and Margarita… if it is a live action film. Please, don’t make it entirely animated.

The main reason that I don’t want to see this film become an animation, is that the characters deserve better. I’m thinking of Margarita in particular. She’s beautiful, yes, but also complex. She’s strong-willed, confident, and graceful. Oh, and madly in love with the Master.

An animated character could certainly imitate these characteristics… but this is not a kid’s film and although abstract, the novel does occur in a very real place and time in history. It would be a huge mistake to animate everything entirely and it almost feels disrespectful.

Elements of fantasy, satire, romance, comedy, action, drama and horror all have their place in a novel that touches on a dramatic period of history. Religion, socialism, politics, and even feminism all take centre stage at certain points.

Animated characters and scenes might be able to bring more wonder to Moscow and the devil’s antics – but this would be at the cost of depth. The novel is multi-layered, and it will take great actors combined with animated/CGI elements to bring together the fantastical side of this novel with the terrifying and very real world of Stalin’s Russia.

Casting ‘The Master and Margarita’

Who did you picture when you read the novel for the first time?

Woland is by far the most intriguing character and I pictured a Johnny Depp-esque actor for this role at first. But having read the novel multiple times, I think there needs to be more. The wisdom and dominance of this character the final chapters is just as important as the comical showman side we see in the first half of the novel. We need an actor who can master both.

For Margarita, I always pictured Drew Barrymore from the 90s. But we’re 20 years too late for that. Instead, Scarlett Johansson would be my choice. Her slightly husky voice and big eyes fit perfectly, and her performance in the Marvel Cinematic Universe reassured me that she’s definitely capable of portraying the confident yet wholeheartedly romantic Margarita.

There are so many characters that pop up here and there throughout the novel, so I reckon this would become one of those films where you think “oh, isn’t that the guy from…”.

Let’s Make it a Magical Experience

If you wanted to include everything, this novel would be the length of The Lord of The Rings trilogy. While I’d be down for that, I don’t think it’s ever going to happen. Regardless, it still needs to be a long film.

I want this to be one of those films that needs an interval in the cinema. For me, that’s the ultimate experience and one that I can only vaguely remember from my childhood. There’s something magical about films like this. It’s like going to the theatre.

Splitting it in half and releasing two films separately, like the final Twilight and Harry Potter movies, would be possible as the novel has a natural divide in the centre anyway… but that would cut Margarita from the first half entirely. I just don’t see it being successful if it’s presented this way.

There needs to be an extra-long director’s cut released as well. That’s unnegotiable.

There’s no doubt that turning this novel into a film will be a challenge. Whole passages will need to be cut (I’m so glad I’m not the one deciding what gets cut in the transition from novel to film) and such a huge ensemble cast is going to be pricey if you want to include everyone.

But if ever there was a book that needed to become a film, it would be Bulgakov’s The Master and Margarita.

For anyone who hasn’t read the novel or struggles with it: I’ve read a few different publications of it, including the Vintage Classics translation by Michael Glenny and the Alma Classics Evergreen translation by Hugh Aplin. But my favourite is the Penguin Classics translation by Richard Pevear. My copy includes an intro by the translator and some really useful notes. I also find the translation flows better than the Vintage Classics one. Newer prints from Penguin Classics include intros from different authors and historians. It is worth taking the time to read the intros, trust me.

For further reading, I suggest Russia: A 1000-Year Chronicle of the Wild East by Martin Sixsmith, as it’s the history book I’m choosing to read and it’s easy to digest.