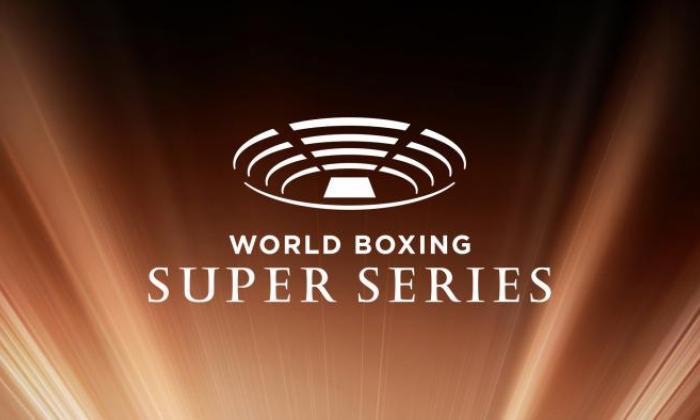 Undisputed champions, hot prospects and our thoughts on next season

From what looked like could be the end of the World Boxing Super Series just a few months ago, it seems that the issues with TV rights and then fighters apparently pulling from their contractual obligations has now been resolved. In his interview with Kugan Cassius (see link below), Kalle Saulerand dismisses financial struggles with confirmation that the tournament for the Muhammed Ali Trophy will continue unimpeded and on schedule as planned.

The latest announcement from the team states “It’s been confirmed: The World Boxing Super Series Cruiserweight Extravaganza Semi-Final” will see last year’s previous semi-finalist Yunier Dorticos face off against Chicago born Andrew Tabiti on June 15th and has been scheduled to take place in Riga, Latvia.

The remaining match-ups see Breidis vs Glowaki, Prograis vs Relikh, Donaire vs Tete, Inoue vs Rodriguez and Taylor vs Baranchyk: all scheduled to take place between April and June of 2019.

What we have come to expect from the WBSS

During last year’s Semi-Final we witnessed Yunier Dorticos (23-1-0) gallantly going 12 rounds with the hard-hitting Russian Murat Gassiev. That fight was named as Yahoo Sports 2018 Fight of The Year.

Dorticos succumbed to a counter left hook that came round the side of his own straight right hand to put him down in the 12th for the first time in the fight. Dorticos, quickly back to his feet, was facing his first loss as a professional. Gassiev continued to pile on the pressure knocking Dorticos down for a second time moments later. Although he tried to see out the round with less than 30 seconds on the clock, a sequence of 9 big right hands saw him tumble through the ropes and the ref finally waved his hands to put a stop to the bout that saw Gassiev march straight in to the Final.

On the 21st July 2018 in Moscow, Gassiev came face to face with slick Ukrainian Oleksandr Usyk. Usyk claimed all 4 belts that evening, his achievement not only saw him crowned as the inaugural winner of the Ali Trophy, but the first Undisputed Champion the tournament has produced (so far), and the first 4 belt Undisputed Cruiserweight Champion in the divisions history.

We hope that this year’s semi-finals live up to the hype and bring with them the same intensity and thrilling fights we have come to expect from the series. We have no less than 4 (legitimate) World titles on the line across the Bantam and Super-Lightweight categories, both of which will result in unification bouts in their respective finals. Unfortunately, there are no belts on the line in the Cruiserweight division, but after last year’s remarkable achievements who can grumble?

Kalle Sauerland on the future of the Tournament

In his interview with Kugan Cassius, Kalle alludes to the future of the WBSS and what we can potentially look forward to in the third instalment. There are no signs of letting up and in keeping with the format of this season we can expect the same schedule of three new weight classes which will likely be announced over the summer months. So what weight classes could we see?

There are some across the sport that at the moment that we can reasonably eliminate from the equation, given various factors that surround them. For instance, all weight classes below 115lbs are dominated by Thai, Japanese and Eastern European fighters that don’t get the coverage that we see from the higher weight categories. Given the location of where these boxers fight and reside it can be safe to assume that we won’t be seeing them next year.

As the tournament grows and if it continues, we hope that this will change and give much needed exposure to these smaller weight classes.

The Welter and Super Welterweight divisions have been, for a many number of years the glamour divisions of boxing. Crawford, Thurman, Hurd, Charlo… the divisions are dominated by big names that draw huge crowds and purses alike and it is reasonable to assume that the WBSS cannot compete on that scale financially – not yet anyway.

In the higher divisions we have had two seasons featuring the Cruiserweights and the Super-Middles, these were the first to be announced when the competition began. That leaves us with a Heavyweight and a Light heavyweight option. We will look at the Light Heavyweights in Part Two of our World Boxing Series feature but first let us break down the remaining categories.

The Best of the Rest

By Kalles own admissions the Heavyweights would pose significant problems when it comes to featuring the top three stars at this time and would probably evolve around the best fringe contenders in the division, the likes of Dubois, Gorman, Junior Fa, Breazeale, Yoka, but not your Wilders, your Furys or your Anthony Joshuas.

This wouldn’t be a problem per-se, the Heavyweight division is striving toward regaining its former title as the Blue Ribbon Division of boxing and with the likes of ESPN & Top Rank signing big names (Tyson Fury and if rumours are to be believed Dillion Whyte), it’s clear there is public demand to see the big guys tough it out. In that respect then, a WBSS series exhibiting the ‘best of the rest’ would certainly appeal to fans.

Of the remaining weight classes that could be considered we are left with the Middleweights. I like this weight class a lot. The issue we have is that the stars at 160lbs, Canelo Alvarez, Gennady Golovkin, Daniel Jacobs, Billy Joe Saunders are all tied up in their own ongoing saga that needs to be played out and the dust to settle before it can really open up.

Golovkin has announced his new promotional deal and will join Danny Jacobs and Canelo Alvarez as part of DAZN’s stable of fighters. With already lined up in May between current stablemates, it is safe to assume that the ‘Kazakh Thunder’ will be looking to face the winner in September of this year.

The names that proceed these fighters lower down the rankings again, are not household names so for now I think we can rule out Middleweight as an option, at least until we have seen the current year play itself out. It could certainly be a possibility for season IV.

Speaking of Gennady Golovkin, over the last few years his manager Tom Loeffler has made a name for himself for putting on huge cards featuring double header stacked events with Gennady headlining and Super-Flyweight sensation Roman ‘Chocolatito’ Gonzalez on The Undercard. This has resulted in a series of events with the tagline ‘Superfly’ featuring the best of the weight class on one show. A Superfly WBSS series would showcase some fantastic match-ups and it has already proven to be a winning formula.

The last option that was mentioned was that of a Women’s category and this would be a great addition to be thrown into the mix. Personally, I really like the idea of a women’s category in the Super Series of boxing. There is a growing audience for this in the sport and it is great to see women’s boxing gaining recognition from promoters, trainers and fans alike.

We will look in more detail at the prospect of seeing a female category soon but for now, keep your eyes open for Part Two of this WBSS series where we explore further the most intriguing class prospect for Series III… The Light Heavyweights.