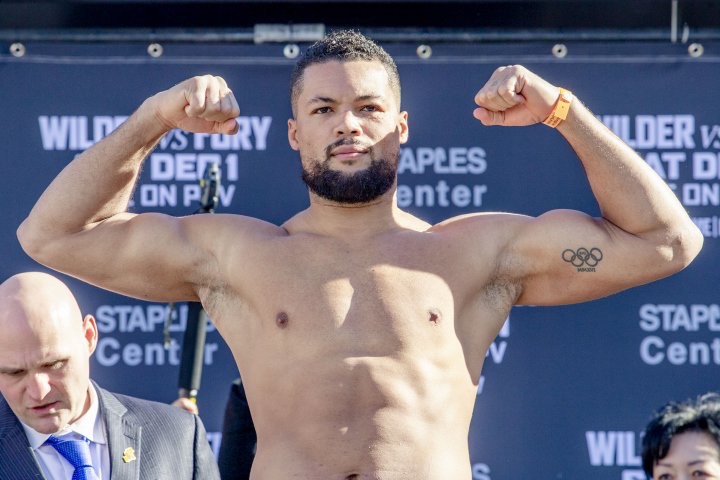 Another weekend of boxing has passed by and both me and Chris have been “back and forthing” as per usual. For the most part we agree on a hell of a lot of things, but sometimes things get a bit shirty when we disagree. Somewhere in the pipeline we will be doing some kind of boxing podcast so keep your eyes and ears open for that. In the meantime, enjoy our latest disagreement – how good of a prospect is Joe Joyce?

Joe Joyce is an anomaly, he is an older man in a young man’s game, entering into the professional arena late after dedicating much of his younger life pursuing amateur success. This has meant that Joe Joyce is having to do things differently to a normal prospect and it will also mean the road ahead is difficult.

Joe Joyce – For Those That Don’t Know

I came across Joe Joyce a few fights into his professional career, which has been very busy since his debut in 2017. Watching him I was instantly transported to the times that I would watch old matches on YouTube, specifically, Joe Joyce reminded me of a young George Foreman.

This instantly piqued my interest as I am a massive Foreman fan, and from that point on I have watched all of his bouts. Many will have seen Joyce box in an impressive first round KO over Joe Hanks at the Staples Centre in the Fury v Wilder undercard. Although blink (or grab snacks) and you would have missed it.

Joyce is thirty-three, heavy handed, slow, methodical, accurate and has a good chin. All traits that were similar to Foreman. Joyce will walk to the centre of the ring, tee off with clubbing shot after clubbing shot, big heavy swings that land anywhere and hurt and then knock an opponent out. Importantly for Joyce in a faster and more dynamic heavyweight division, he has very good stamina and can punch consistently without punching himself out.

No wonder then that he styles himself as The Juggernaut.

Making a professional debut at thirty-one comes with challenges, especially if you have the ambition that Joe has.

The Problems that Joe Joyce Has

Chris is quick to point out that Joe Joyce is not a very gifted technical boxer. And it isn’t just Chris that says it, most commentators and critics are quick to highlight that Joe Joyce hasn’t got good speed, agility, movement, punch selection… you get the picture.

Joe Joyce only seems to have one gear as well, he doesn’t switch up his tempo and it is a very predictable boxing style.

This in Chris’ eyes, as well as many others, makes Joe Joyce a weak prospect. It is also criticism that Joe Joyce himself has taken on board, changing up his training team and trying to box differently. As he puts it “trying new things.”

So far, the case for Joe Joyce being the future of boxing is a weak one. Given the choices Joe is making, it is hard to see how he can be the future of heavyweight boxing. At thirty-three he has a limited time left before he is not able to compete at top level and this means he is fast-tracking his progress, taking on significant opponents and higher risks with each passing fight.

Of his ten fights he has faced four boxers that I had heard of, which for a boxer starting out is almost unheard of.

Joe Joyce moved away from the tough training camp at Big Bear under the tutelage of Abel Sanchez and opted to work with Adam Booth. Sanchez is a great trainer if you like powerful fighters. Booth is more technical and focuses on traditional technique and ringcraft.

Under Adam Booth, Joe has looked average at best as a boxer. Yes, his last two opponents have been tricky but, they shouldn’t have posed too much problem for Joe.

Against Ustinov, Joe was trying out different movement, stringing together different types of punches and trying to avoid being hit more than he would normally do. None of it looked good, it looked ropey, amateurish and altogether uncomfortable.

Then came Jennings which spurred me and Chris to have a mini-debate and me to write this article. Joyce went the distance with Jennings and he won on points, but the win wasn’t as convincing as the scorecards made out. Joe Joyce made a meal of an opponent that under Sanchez he would have finished off quickly.

I made a direct comparison with George Foreman earlier and if Joe Joyce had an sense he would adopt the three big Foreman traits.

But he doesn’t need to be. He needs to be a very good George Foreman impersonator. Foreman boxed over a long career and was even the oldest heavyweight champion in history. Joe has the opportunity to emulate that and perhaps break that record.

You can’t teach an old dog new tricks, but you can fine tune the tricks he already has. If Joe Joyce finds a trainer that can do that, he will reach the stars.

P.S. Joe, if you’re reading this, I hear George Foreman is available himself…

Enjoy reading this? Consider donating to Immortal Wordsmith to help us maintain our blog! There’s no minimum donation amount…