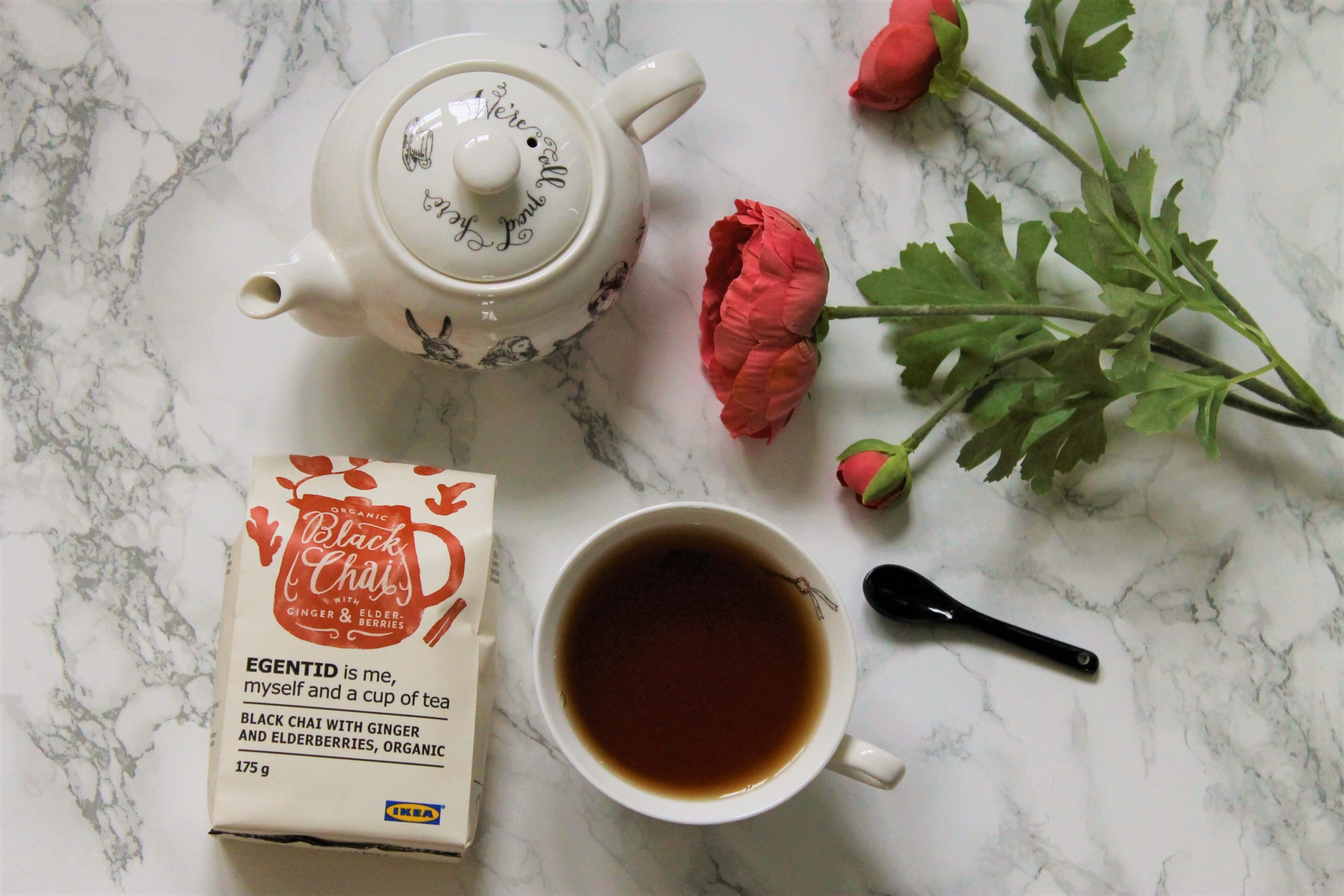 One chilly autumn day, I was wandering around IKEA to look for new teaware and I spotted this cheeky bag of IKEA Black Chai on a shelf. After getting lost (twice) I finally made it to the checkout and headed home with my new tea treasure, eager to test it out for my tea blog readers.

I know, I know. Teas made by companies that don’t specialise in tea is risky. And usually low quality. But I do love stopping for lunch in IKEA’s café so I was a little more optimistic about this one.

Read my full review of IKEA Black Chai with Ginger and Elderberries to discover if IKEA should really stick to making furniture instead!

Egented Black Chai at a Glance

It’s a pleasant tea but it’s not amazing. Elderberries are the star player and their flavour really shines through and works with the black tea. I just wish it had more depth and ginger spice. 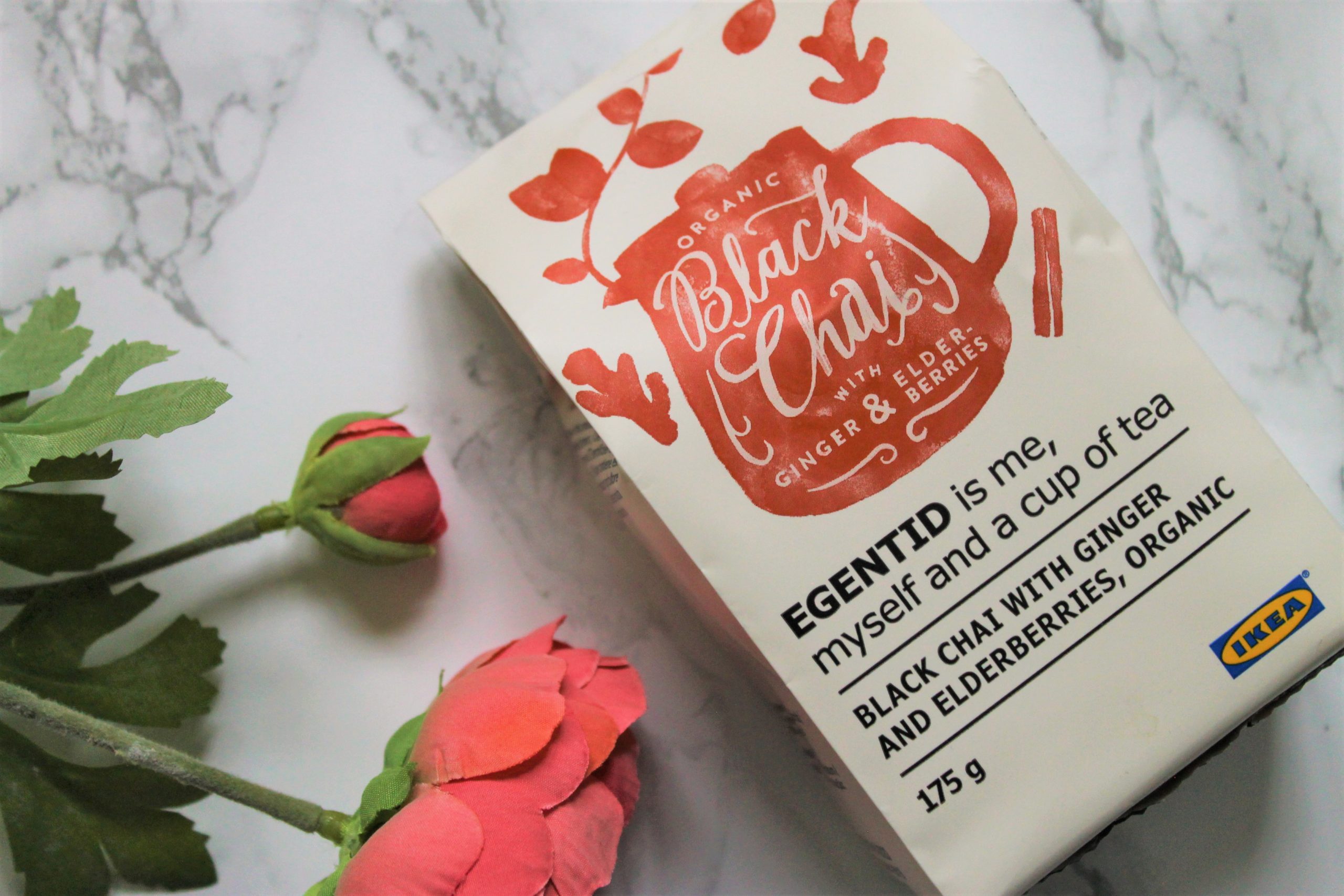 Some black teas give you a very detailed preview of how they will taste in the dry aroma. This is one of those teas. It has a bitter tannin aroma, like over-brewed black tea. It’s complemented by the aroma of dark berries, like sharp, sour black currants at the bottom of a trifle with a twist of fruity sweetness. There’s no ginger.

It brews into a deep ochre-brown colour. Surprisingly, it’s clear and light rather than dark and heavy as the aroma would suggest. 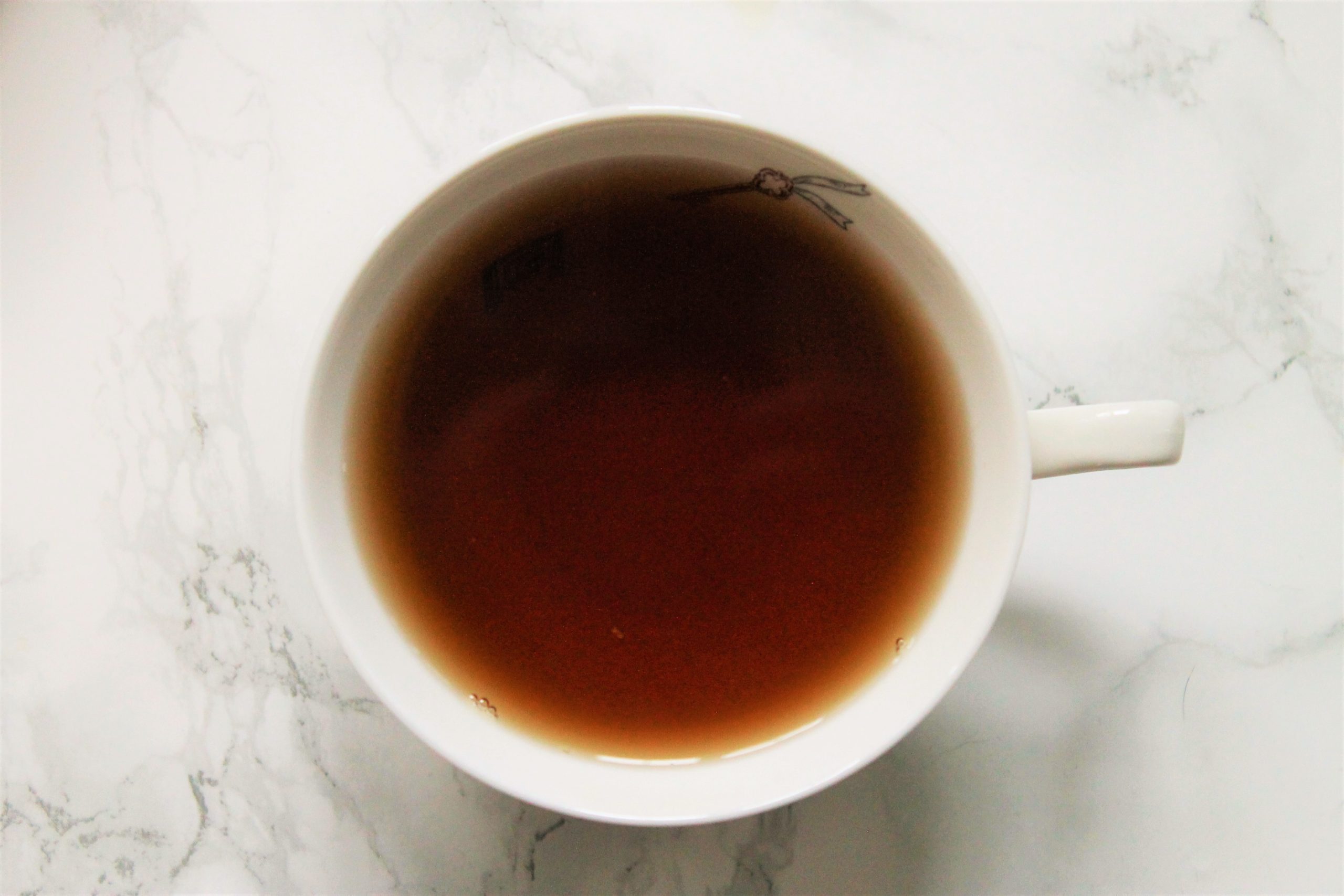 How to Brew IKEA Black Chai

I brewed using boiling water for 3 minutes, gently lowering in my steel tea infuser filled with a teaspoon and a half of this tea. That’s the sweet spot for IKEA Black Chai, I discovered after a bit of experimentation.

Any longer and it becomes dark enough to have with milk but oh so bitter. Any less and the flavours just haven’t developed enough.

This tea would go extremely well with a rich, gooey dark chocolate brownie. You could also add a few discs of fresh ginger slices to boost the non-existent ginger flavour.

The price is super affordable – if it wasn’t, I wouldn’t have gone out on a limb about picked this up. The 175g bag is recyclable but not resealable, so I Sellotape over the top after I’ve taken some leaf out. You could store it in a jar or Tupperware container instead.

It’s not a good quality tea. The leaves are small broken pieces BUT I am extremely pleased with the certifications. Everything in this tea apart from the natural flavouring is certified organic according to EU standards and IKEA is only using teas and ingredients from sustainable sources. 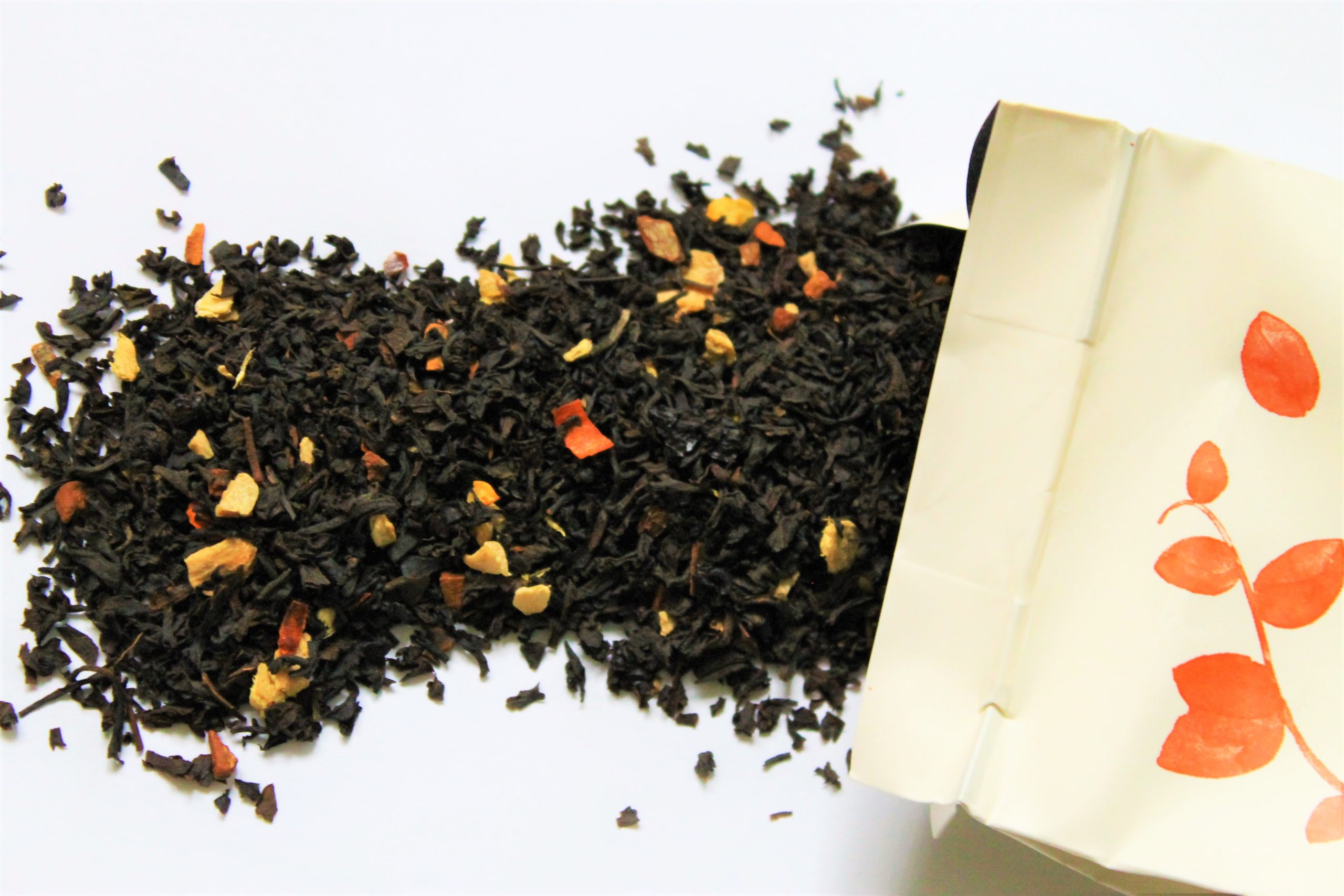 Egented translates as ‘time on my own’ which is a really fitting name.

Overall, I do actually recommend buying this tea if you happen to be in IKEA (check the food store area). It’s not the kind of tea you’d go out of your way for, but it’s still pleasant and the price certainly makes my wallet very happy.

Read More About This Tea at IKEA 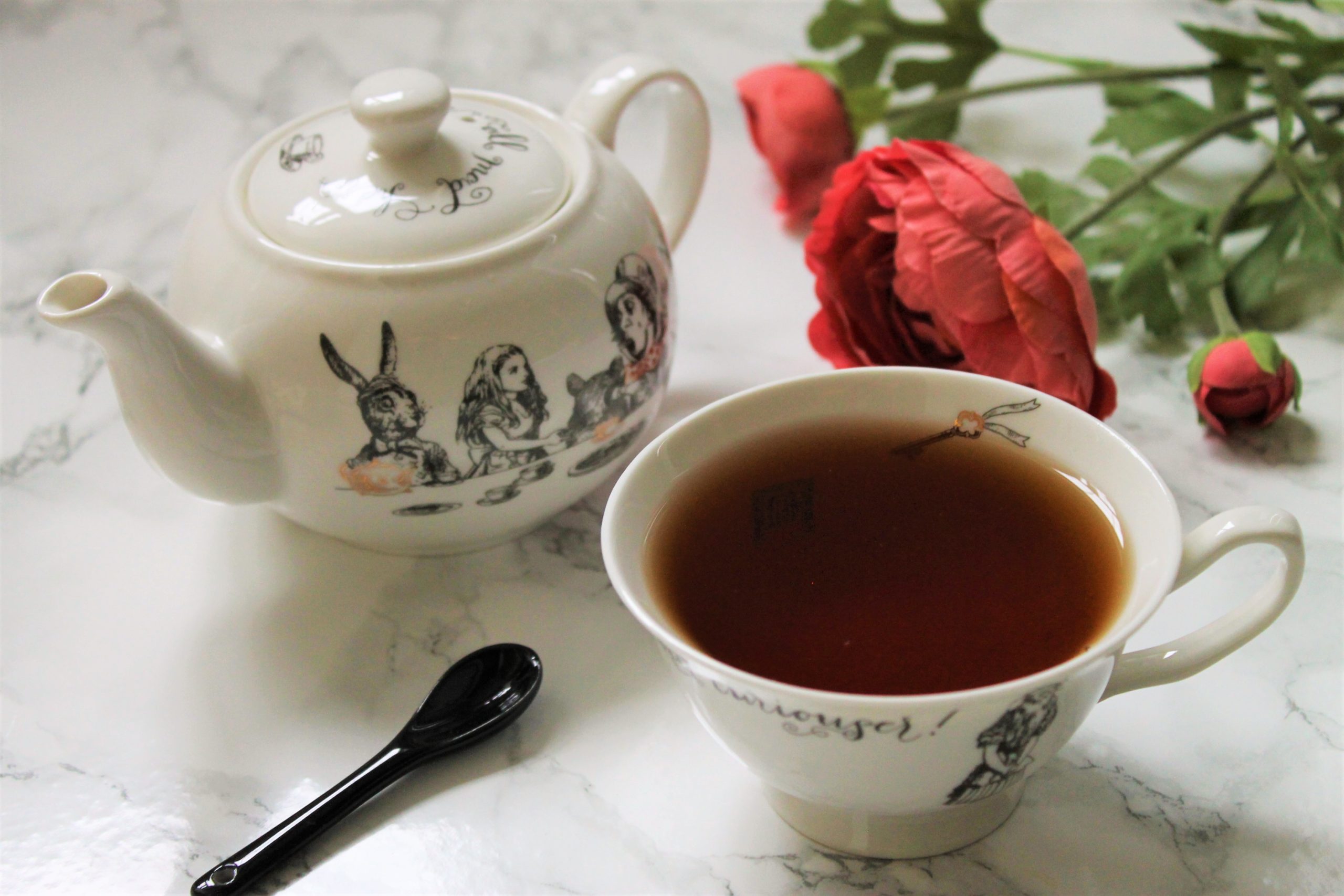 Looking for another unusual chai? You’ve come to the right place. Adagio recently sent me a bucket load of chai teas to review. I recommend starting by reading my review of Adagio Chocolate Chai. The sweet chocolatey notes may actually go well with the tart berries in this IKEA tea. Blend them up and let me know how it goes!