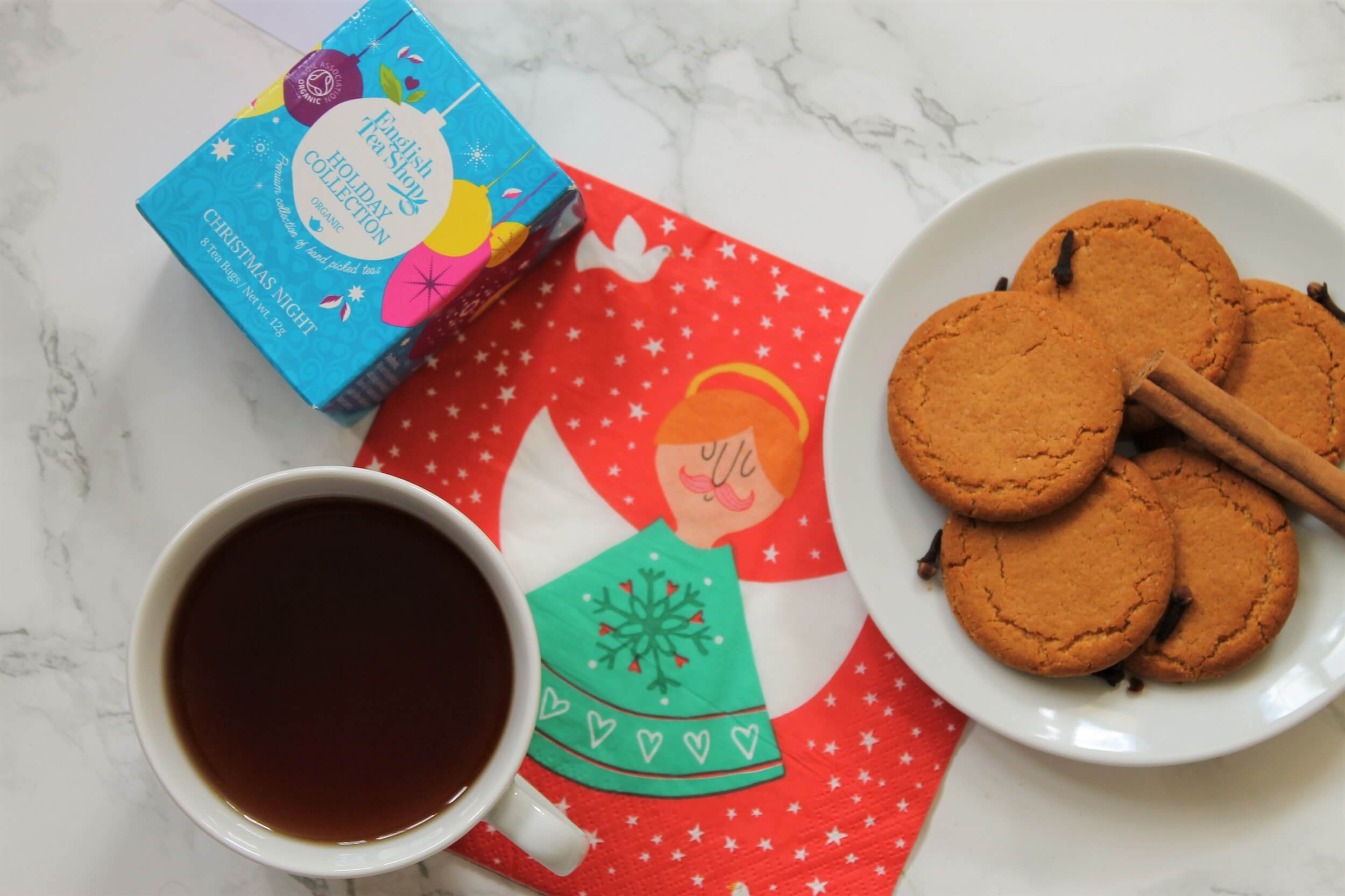 Is Christmas night the night before Christmas, aka Christmas Eve? Or is it the evening of Christmas day?

It’s not an important question. To be honest, you will love drinking this tea on both evenings! It’s one of my favourites from the English Tea Shop Holiday Collection and it’s so popular that you can buy it separately.

Read my full review for Christmas Night Tea by English Tea Shop, including how to brew it and where to buy it, here at Immortal Wordsmith.

A beautifully festive tea with a rich, full-bodied black tea body and faint notes of cinnamon. The aroma of this tea is the real winner! It’s almost worth brewing just to breathe in the Christmassy smell. 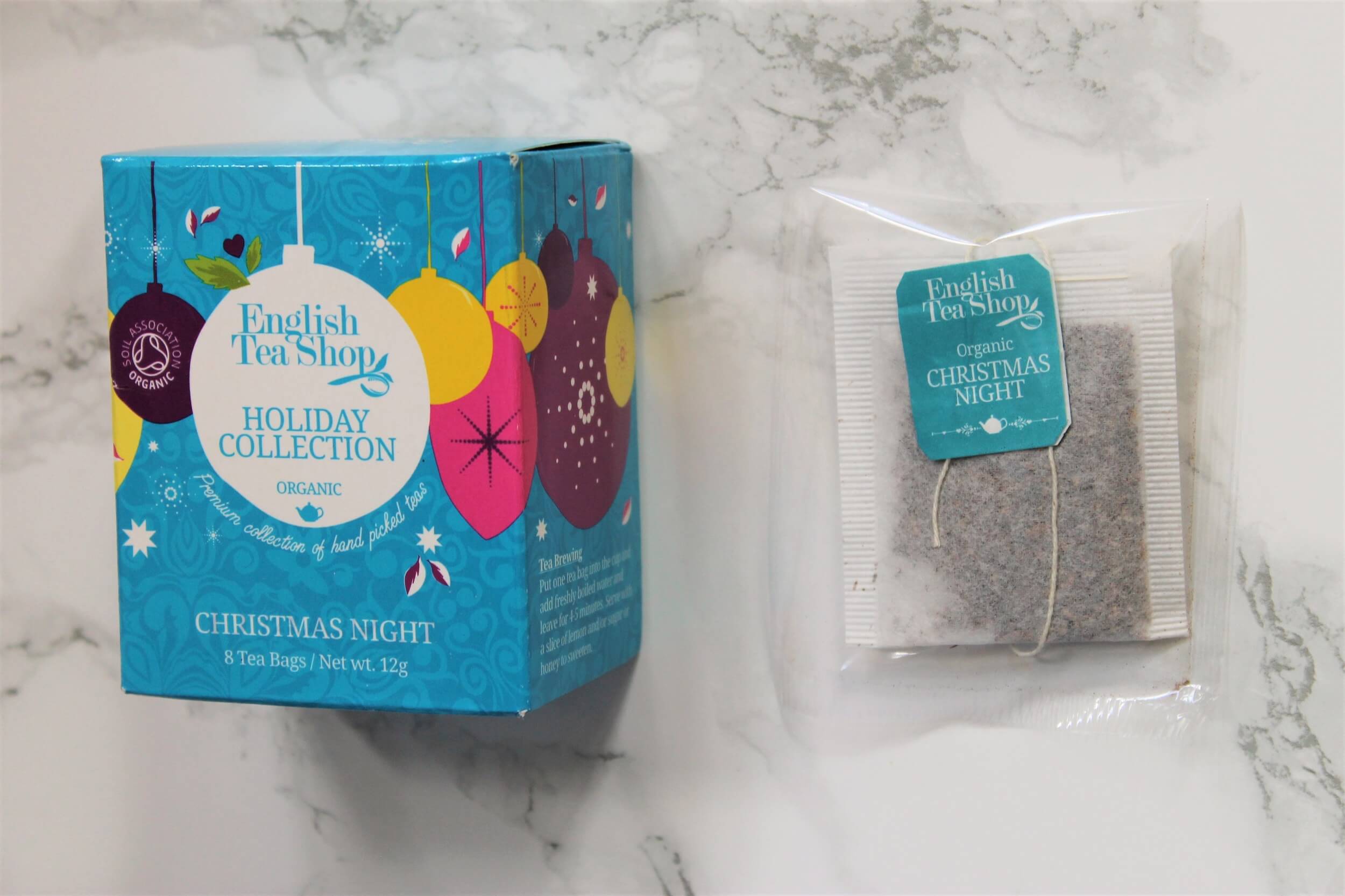 I could tell instantly that I was going to love the Ceylon black tea that English Tea Shop used for this blend. The dry aroma was rich straight from the packet with notes of sweet spices lingering in the background – isn’t that just the essence of Christmas?

It brews into a mahogany-coloured tea that’s quite dark and murky, but once you add a splash of milk it smooths out into a lovely, comforting brown tea shade.

And the aroma. Oh my. Imagine sweet, sticky cinnamon rolls with buttery, flaky pastry, and a generous drizzle of icing. That’s exactly what it smells like.

The flavour doesn’t live up to the aroma, but don’t be too disappointed. The aroma is hard to live up to! It’s very smooth and rich, full-bodied and well-rounded. Delicious with creamy milk and a spoonful of honey. 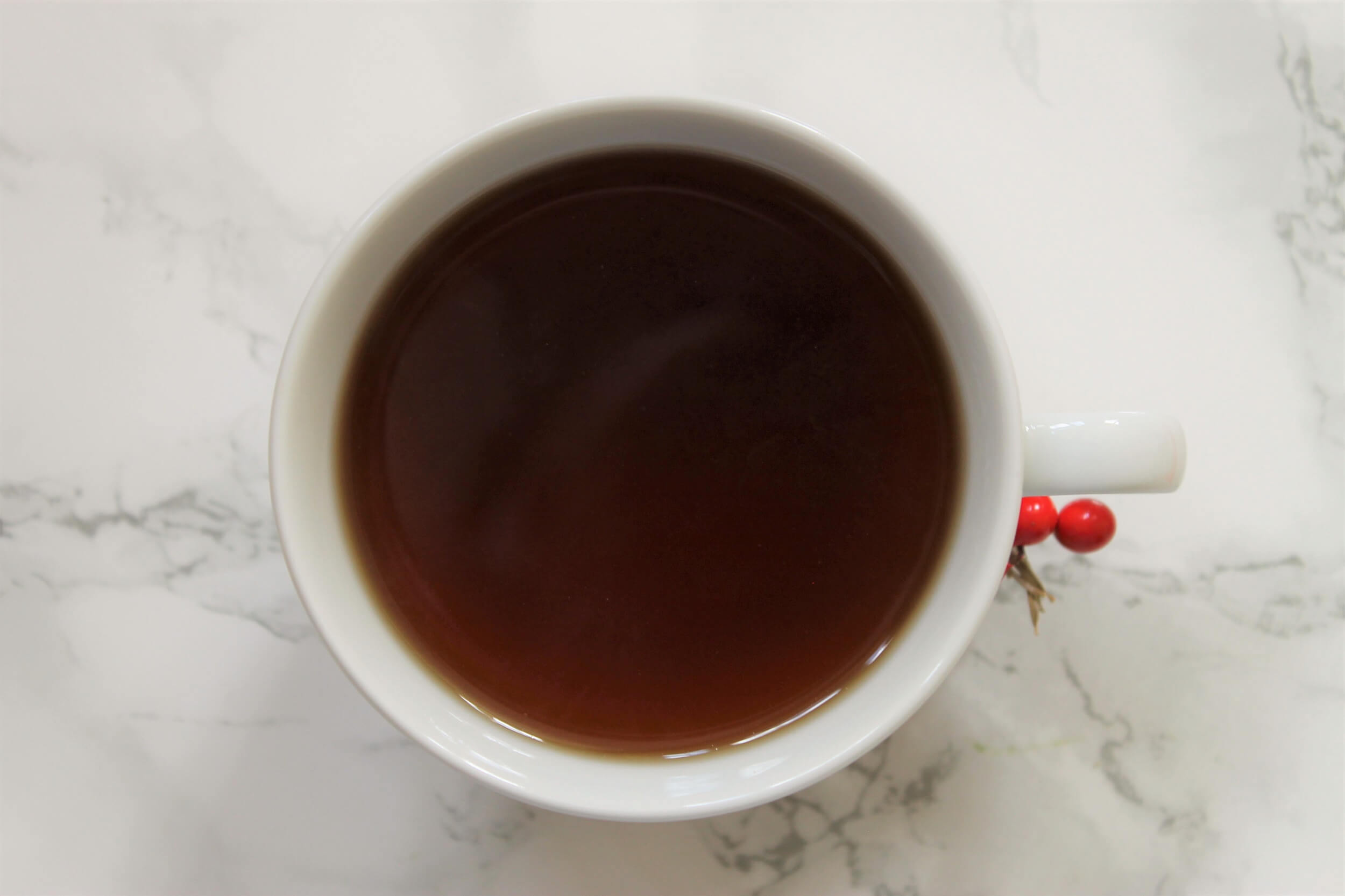 How to Brew Spiced Black Tea

I brewed for 4 full minutes in 100°C water fresh from the kettle. You want to brew it for the full recommended time to get a black tea that’s strong enough to withstand milk or creamer.

I highly recommend adding honey as well because it just boosts that Christmas spice sensation and turns it into a deluxe treat.

Biscuits, mince pies, dried cranberries… whatever you decide to eat with this tea, make sure it’s in the festive spirit.

Christmas Night Tea is made with pure Ceylon tea and blended with the various natural ingredients in Sri Lanka. It’s certified organic by the Soil Association and the EU too. If you want to find a sustainable, good-for-the-planet tea brand, English Tea Shop is a good choice. 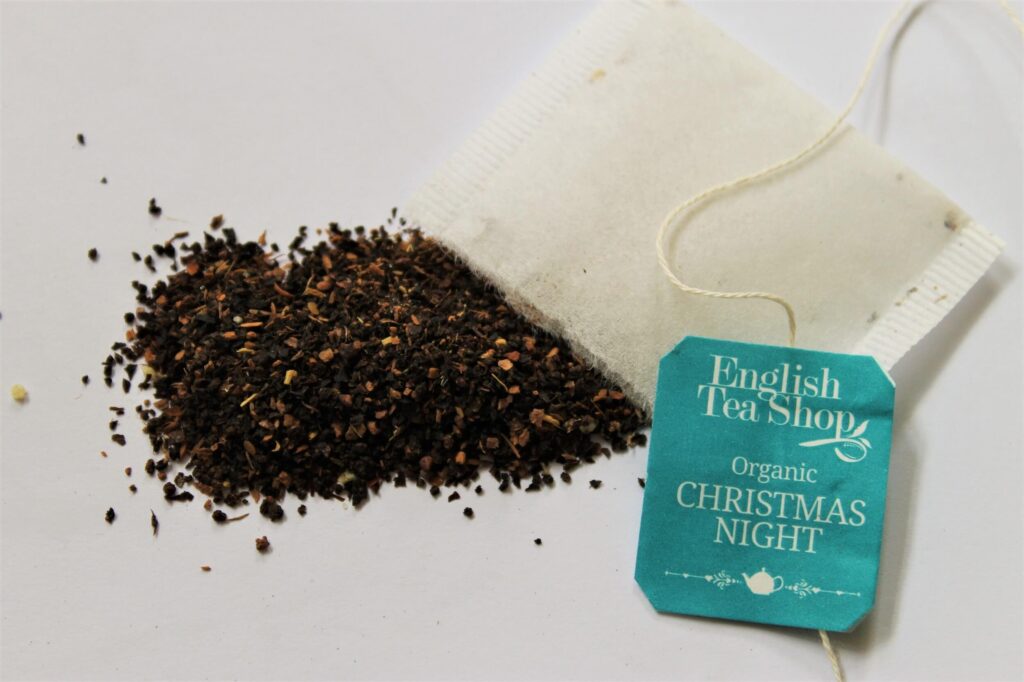 The only thing I wasn’t keen on was the plastic wrapper around the dusty, finely chopped tea in the teabag. Usually, ETS uses compostable materials or even recycled materials for packaging. Look out for that when you’re buying this tea from Amazon or ETS directly.

I highly recommend this tea. The rich black tea flavour is lightly spiced and comforting. It’s not too strong that a casual tea drinker will find it too much, so you can share this tea with loved ones over the festive season.

Anyway, my description of the mouth-watering aroma should have been enough to convince you already! Check if it’s available on Amazon using the button below. 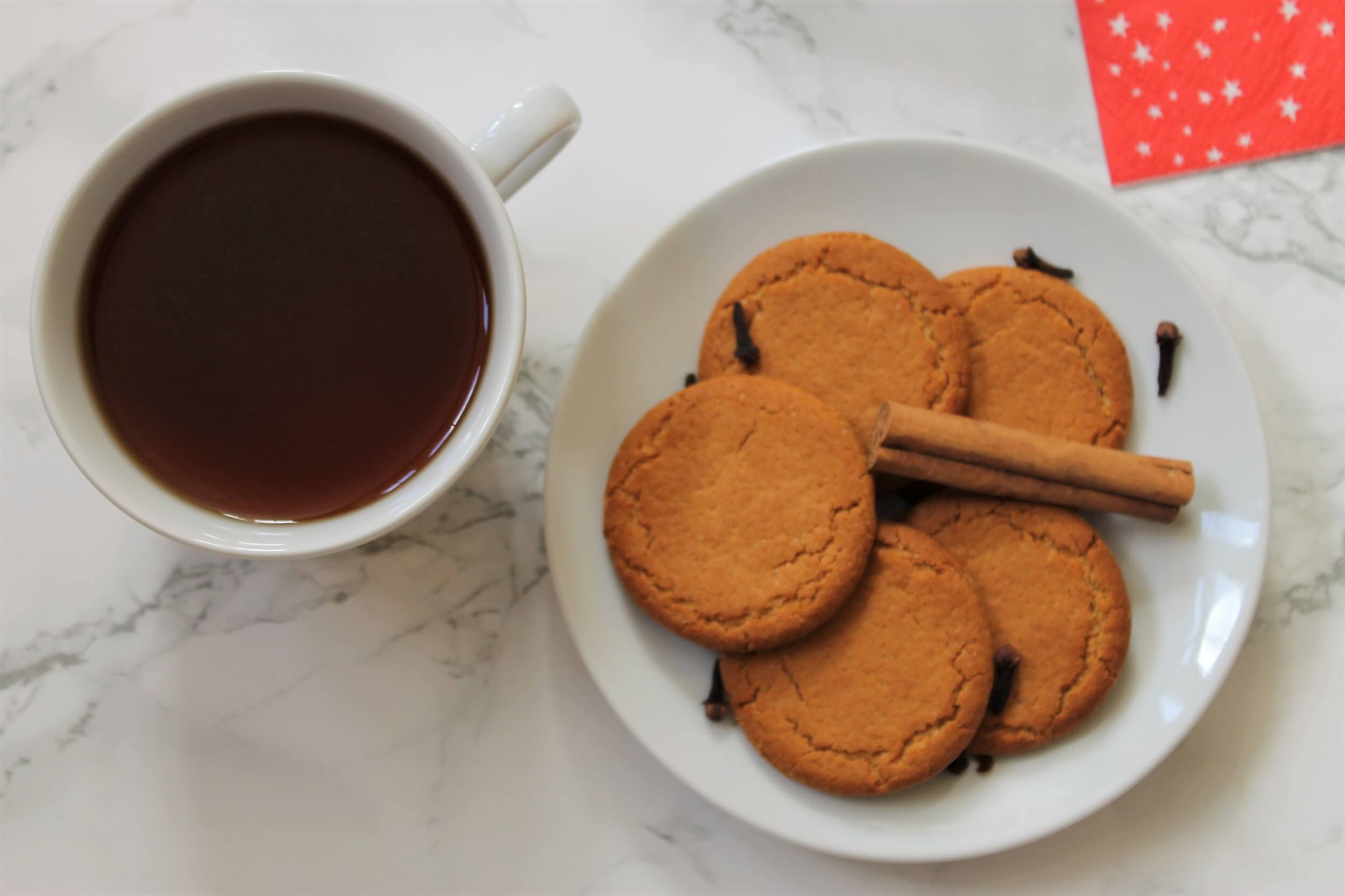 Christmas cravings? If you’ve already stuffed yourself full of delicious Christmas food, you might be looking for a lighter tea than English Tea Shop’s Christmas Night. So, I recommend trying this light, spiced, white-wine inspired tea from Novus – White Mulled Wine Tea.