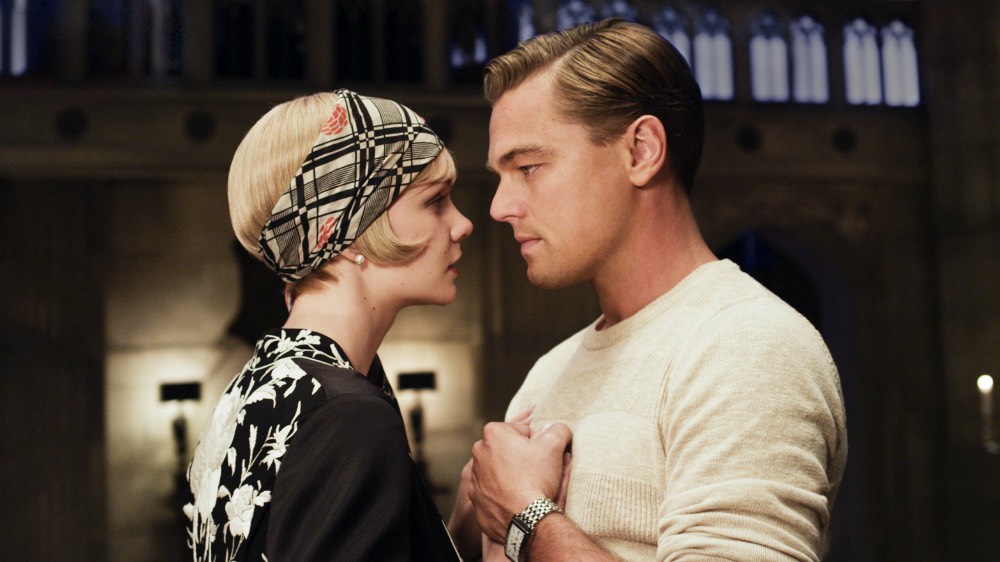 The Great Gatsby is widely considered to be the one of the best works of literature ever. It is taught in national curriculums across the world and it has thus far stood the test of time. I recently watched the Leonardo DiCaprio film version of Gatsby and for the most part (although it was a visual treat) it was unremarkable. Except – the scenes where Gatsby first meets Daisy and takes her next door to his mansion that he had crafted just for her.

More specifically, the scene I still can’t stop thinking about is why Daisy cried after being showered with Gatsby’s shirts.

In the book the excerpt is from chapter 5.

“Suddenly, with a strained sound, Daisy bent her head into the shirts and began to cry stormily.

I must admit that upon reading the book this never really stood out more than reading it at face value, that Daisy is vacuous and material goods make her overwhelmingly emotional. I noted Daisy cried over Gatsby’s beautiful shirts and moved on to read the remaining book without so much as a second thought.

The Movie Throws Up a Different Question

Having watched the movie and seeing the beautiful Carey Mulligan cry into the thick folds of Gatsby’s shirts it conjured up an image that I can’t shake from my mind and it made me ask the question that the book probably should of made me ask but failed to grip me in the same way.

Why the hell did Daisy cry over Gatsby’s shirts?

The obvious answer is she didn’t cry over Gatsby’s shirts at all. As is suggested in the film and alluded to a little in the book with the searching for an answer and hesitating; “such-such”.

Or, maybe she really did cry over the shirts…

Here are my three theories about why Daisy cried over the shirts and what each says about Daisy. I also have a favoured theory which I will conclude with.

Before we start and because I think the movie does a better job of cementing the question, here is the clip of my favourite scenes in the Great Gatsby film and the infamous shirt crying scene.

The Obvious Answer – That Daisy Didn’t Cry Over the Shirts

Because it seems so out of place both in the book and in the film, it is easy to draw the conclusion that Daisy is crying for an altogether different reason and uses the shirt as cover for those tears.

This theory means that you’re then asking a secondary question, if not the shirts, then what? What was Daisy really crying over?

For me, the romantic in me wants Daisy to be crying because in the moment when all the expensive shirts are being thrown at her she is reminded of how she turned down Gatsby because he didn’t have the means to support her. Now with hindsight, she has realised she turned down love for wealth and it was needless – seeing as Gatsby has wealth now.

The romantic in me wants the shirts to invoke a sadness in Daisy that is spurred on by regret for turning her back on love.

This theory is nice in isolation, but in context of the whole story and knowing about how Daisy has behaved and goes on to behave in the story, it doesn’t tally. This regret is not characteristic of Daisy and knowing what we know of her, crying in this way is completely out of character.

But in a narrative, having Daisy act out of character in a scene that is absurd and out of place would be a very nice literary touch. Nick’s character also points to this with the lost years remark. If indeed this is the reason that Daisy did cry – then we are presented with a Daisy that is actually human, in direct contrast to the Daisy we know from the rest of the book/film.

Problems with Daisy Crying Over Something Else

There are three reasons that I still struggle to accept this as the reason that she cried over the shirts.

This is where the theory falls down in my opinion, as you would expect the regret and the realisation to inform some of Daisy’s actions as the story unfolds. And it just doesn’t play out that way.

Daisy Cries Because the Shirts Are Beautiful

Having disregarded the first theory, I am then left to conclude that Daisy might be an ugly character as well as honest. She is crying because she is sad that she has never seen such beautiful shirts before.

In practice this is probably the easiest theory to accept. Daisy’s actions are reminiscent of someone who would cry because they haven’t been able to experience the joy of seeing such beautiful shirts before. Gatsby is certainly now of a means that would afford him shirts that perhaps even Tom couldn’t afford or source.

We could be left with a completely vacuous Daisy that is devoid of any care beyond material wealth and who genuinely cries over expensive shirts.

Problems with Daisy Crying Over the Actual Shirts

When I read the book, this is exactly the conclusion I made. It may also be the one conclusion that Fitzgerald intended which would mean that it is the universal truth of Daisy. She is purely obsessed with wealth and is moved emotionally by experiencing wealth that she hasn’t been able to experience before.

Because the book doesn’t really spend a lot of time exploring Daisy and because her actions are so callous, uncaring and for the most part unthinking, this theory resonates with me as a reader. But in film form where Daisy is very literally fleshed out and is as real and three-dimensional as all the other characters, I struggle to marry this theory with that Daisy. In director’s commentaries of films adapted from books you hear a lot about actor’s creative decisions, where they have filled in blanks that weren’t there in the book or at least were ambiguous.

In Daisy’s case, the crying is ambiguous, so Carey Mulligan had an option about how she portrayed Daisy. It is for this reason and another Daisy line that I have concluded my final theory is correct – at least for until I dwell on it longer and change my mind.

After analysing the first theory I am certain that Daisy didn’t love Gatsby enough to ponder the years of regret. I also think that in that moment the shirts were the catalyst for making her cry. I think she really did cry because the shirts were so beautiful as well. We have vacuous Daisy still, as presented in the second theory.

“I hope she’ll be a fool – that’s the best thing a girl can be in this world, a beautiful little fool.”

In chapter one these words are written and as with the shirt crying moment later on, apart from it sounding like a peculiar thing to say it doesn’t really add up to much.

That is until you tie that peculiar line with the other peculiar line Daisy speaks about crying over beautiful shirts. Then you’re left with a self-aware Daisy.

A Daisy that knows her role in her world and also knows what that role means for her as a woman. A self-aware Daisy who has shirts thrown at her and is elated by how beautiful they are. A Daisy that realises that she is vacuous and only cares for material wealth.

In a way she is telling a half truth, she really is sad that she has never seen such beautiful shirts before but only because she is self-aware in that moment and realises how shallow she really is. She cries out of self-pity.

In terms of character traits, self-pity is very much a characteristic that matches the Daisy of both book and film. The book plays it out subtly to the point that unless you were asked about it in an essay question you would probably think nothing of it. The film focuses in on it to the point that the whole arc hinges on that moment.

What do you think? Do you agree? I am interested to hear if anyone liked the character of Daisy? Personally, I dislike her a lot not because she had moments of weakness, but that she was aware of her flaws and was loath to change them.

If you haven’t seen the movie, I highly recommend watching it.