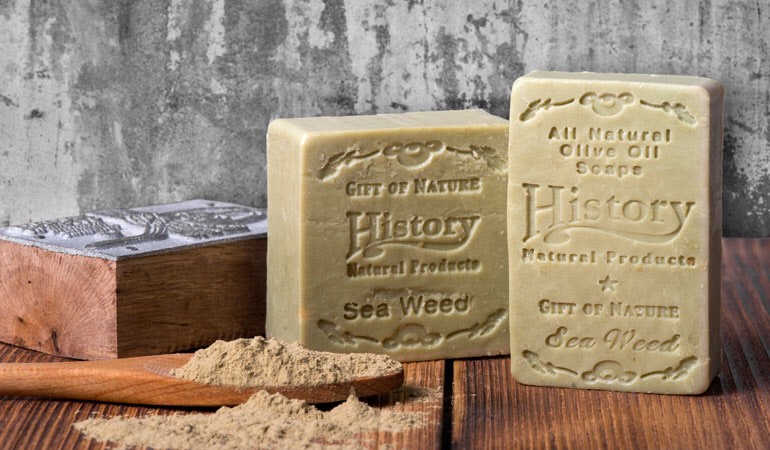 In part one, I introduced my new series and how I am hoping to create some really innovative blog articles by trying unusual experiences and living them first-hand. Not wanting to go in at the deep end I am starting with something a bit unusual but after research shouldn’t be too difficult – making soap.

This isn’t as simple as using everyday household products to make my soap so make sure you recap and read part one to find out the rules I have set for the challenge.

A Brief History of Soap

It was actually when researching a natural lye to be used in making my soap that I found out a lot about the history of soap as well. It turns out there is something easily accessible in natural circumstances that works perfectly as lye and it taught me a lot about the culture of soap making through time.

I will give you some of the interesting things I found out about soap on my lye research journey.

When looking back through history we tend to form an opinion that folk of the past were not as clean as we are today. Certainly, their technology and sanitation wasn’t very sophisticated and their knowledge about germs and bacteria was also limited.

It turns out though that soap and general personal hygiene were very common throughout much of our recorded history. How far back the understanding and use of soap goes, it is difficult to tell. What is known though is that there is recorded recipe for soap on a Babylonian tablet dated to around 2800 BC.

My assumption would be that it probably predates this quite significantly as the details on the Babylonian tablet as well as information from Ancient Egyptian papyrus have varied formulas which would indicate that the process for making soap was well established. As you will see further in the challenge, the actual process of making the soap is quite complicated especially when drawing from nature to supply the ingredients.

Soap was used and mentioned in the archaeological records from that point, although it never quite caught on with the Romans (they seemed to be very disapproving of soap and associated it with Gaul and Germanic peoples) and they had their own methods of staying clean and it was introduced to the British Isles relatively late in the day at around 1100 AD.

Perhaps because of the French invasion of England in 1066, soap was introduced from mainland Europe to Britain.

From 1200 AD, soap making became a practiced trade in England and because of the use of animal waste to render the fat, these soap productions would often be set up outside of town. Downwind and downstream of the population.

Throughout the middle ages, soap was imported from Italy and Spain (made using olive oil) as well as other soap products from the Middle East. These soaps would have been expensive and had a white tinge to them. These white soaps were attributed to only the wealthiest in society.

If you were wealthy but not exceptionally so (such as a land baron or landowner) you might have British made soap that was called grey soap and made in Bristol. This soap was still expensive.

If you were not so wealthy but had a bit of money for additional luxuries (i.e. not a peasant) you would be able to afford what was known as black soap.

From around the 18th century onwards, soap became a bit more affordable as a commodity and by the time the industrial revolution had ended (19th century), soap was a mass produced readily available commodity with only the very poorest quarters of society not being able to afford it.

I mentioned earlier that the actual making of soap isn’t an easy process and it probably took a lot of refinement along the way which is why I tentatively asserted that soap probably long pre-dated its first recording on the Babylonian tablet. This complicated process seemed to originate from the Middle East and unlike many other human skills and product making, didn’t develop independently elsewhere.

For example, soap in other parts of the world such as China, Latin America and other locales without contact with the Middle East didn’t simultaneously discover or develop soap products. Considering there are examples of other processes and tools where this happened, soap is a little unusual in this respect.

In China and other locations, soap is a relatively new product although other products that functioned in a similar way to soap were made and used.

All of this history was discovered when I tried to find a naturally available ingredient for my soap. Why? Because I always find the best way to find an ingredient available naturally is to discover what our ancestors used.

My Lye for My Soap – Ash

Ash from fires (especially hardwood fires) is a fine powder with an alkali quality. This means that in bush-craft circles it is quite commonly known that a good way to wash your hands is to combine a bit of ash with water and rinse your hands thoroughly.

Ordinarily, just the action of rinsing your hands would not really remove dirt as this can cling to the skin or in the case of grease can be impervious to water. Adding ash into the washing equation creates a very rudimentary form of soap where the ash (lye) and natural oil from your skin (fat) combine with the water to make a soap like product.

This is known as soapification. Using the ash in this way absorbs the dirt and grease and carries it away from your skin, thus washing it.

Be careful if experimenting with this at home as even though ash isn’t a hugely concentrated form of lye, it is still strong enough to cause a reaction with the skin if you repeatedly wash your hands in this way or if you leave your skin exposed to the ash and water for too long. While it probably won’t eat your flesh Fight Club style, it will likely cause reddening or even strong irritation.

Now I have one of my core ingredients, a readily available and biodegradable, animal free natural product. A by-product of fire. Ash.

In part three I have a very tricky ingredient to find in the form of a naturally occurring animal free fat that I can actually get my hands on. This one stumped me for a little while but I found the perfect solution – in theory. Making the soap might prove otherwise.