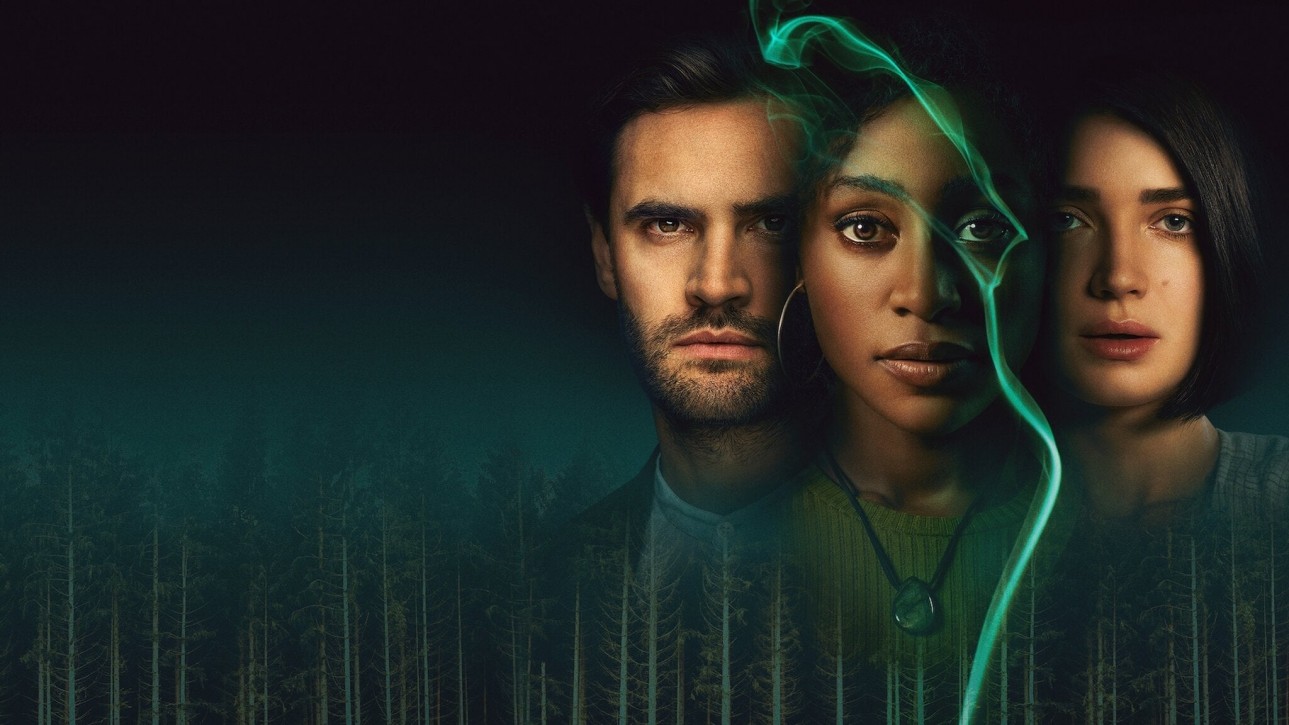 I have decided, where I can, to expand my reviews out to cover TV shows, books, and the like, mainly because I enjoy telling you what I think. Behind Her Eyes on Netflix UK caught my attention with a short scene used to showcase the show – where a husband and wife have a tense exchange while she cuts up some vegetables. The dynamic was so odd that I had to explore further and find out what was going on, and I began episode one with a lot of intrigue.

To make this review process simple to follow, I have split it into 3 sections, that I will probably use as a template going forward, with a nice summary and conclusion at the end to wrap things up. The things I look for in a good TV show are:

Behind Her Eyes – The Story

Like many TV shows, Behind Her Eyes started life as a novel and like many TV shows that I watch, I haven’t read the novel. Netflix adapt novels to mixed results in my opinion, but in the case of Behind her Eyes, assuming the general reviews for the book are correct, the show is on par with the book.

This makes sense because Behind Her Eyes is a plot driven show, and it stands to reason that the positives and negatives of the book will become apparent in an adaptation. There are a few things I liked about Behind Her Eyes – so I will start there.

Things Behind Her Eyes Did Well

The first thing I liked about the story of Behind Her Eyes was that it was well paced, nothing ever felt rushed and likewise nothing ever felt like it was dragging. The story flows well from the first episode to the last, and the twist at the end has plenty of small tells along the way to try and add that sense of sensationalism when it happens.

Without the last few episodes, the story was really good, intriguing, and it felt like it was heading toward a fantastic blow-your-socks-off finale. After all, given all the weird goings on, there just had to be something amazing that tied it together well. Throughout the show, I couldn’t really work out what exactly was going on behind the scenes. But it turned out there was a reason for this (more on that shortly).

Unfortunately, from a story perspective, there was a lot of things that I did not like.

Behind Her Eyes Failed On…

Behind Her Eyes is without doubt a female oriented show, it has some of the trappings of a Fifty Shades of Gray style novel. A woman who is falling in love with her dominant and controlling boss immediately springs to mind. And the sex scenes seemed to linger that bit longer than they needed to.

The actual sex in the show was very tame compared to the plotline though, which I think is one of the mismatches in the story. Normally you expect a character’s sex life to reflect a deeper or darker aspect of the one they portray publicly, but in this, the public behaviour of the characters was much worse than the muted sex they were having behind closed doors.

Despite targeting a female audience, it wasn’t unwatchable from a male perspective, it was just less enjoyable than it might have been if it were targeted at everyone. The thing that did ruin the show was the twist at the end, which was just so implausible that it made the whole thing look silly.

How the Twist Should Have Been Done (Spoilers, Sort Of)

The twist was that everything weird that had happened before hand in the episodes leading up to the end, hinged on characters being able to astral project. In general, I don’t have too much of an issue with this concept, all though I have seen a fair few number of reviews that hated the use of astral projection to explain anything.

It was, however, done in such a way that it was purely laughable. Aside from a brief cutaway outlining astral projection, there was nothing in the build up to the twist that highlighted astral projection to the viewer. If it is going to be used as a crucial plot point, it needs to be a major theme throughout the story.

When you don’t take the motif of the twist seriously throughout the story, you immediately cheapen the twist. It was on par with the ‘and then it all turned out to be a dream’ ending. In fact, that could have been the ending of Behind Her Eyes and it would have been equal to the actual ending.

I understand the writer didn’t want to give too much away, but if your plot twist hinges on a concept that you barely discuss leading up to it and you feel you’re going to give too much away – well that should be a clue that your twist isn’t good enough. In fact, the best twists are the ones that writers can tease plentifully and still not give away.

The problem with Behind Her Eyes was that the twist was poorly executed and as a result it all fell apart and looked silly. It needed a lot more development at the plotting phase to build up enough complexity and misdirection to pull it off.

The Characters of Behind Her Eyes

There isn’t much to say here, the characters were good enough to engage you with the story. They felt right and in their correct places in life, etc. My favourite character was Adele, and I was really looking forward to some deep dark backstory around the fire that she was saved from. I was hoping this would be where the twist hinged on, because this is where the writer spent the most time building intrigue.

David was pretty unlikeable in places and his redeeming qualities never seemed to bring him level again. They certainly didn’t put him on the pedestal that Adele and Louise held him on. Louise came across as someone that lacked common sense, and where most people would have simply given up, for no reason, she continued to pry.

This was the real failing of Behind Her Eyes; although the characters were watchable, none were likeable. They all lacked reasonable motivation as well, by which I mean they didn’t seem to have incentive enough to propel them to the conclusion of their arcs. David could seemingly have left Adele at any time, Adele could have become Louise at any time, and Louise should have given up at the first big red flag.

The problem with Behind Her Eyes is that on any close inspection of anything, it becomes nonsensical.

Production of Behind Her Eyes

I found this to be the best thing about the show. There were nice cutaways to very British TV shows that gave Louise’s character a down to earth vibe that is often overlooked in other shows. Daytime television clips playing in the background really grounded Louise in her place in the story.

The doctor’s office was the worst set, resembling a rented office space more than a doctor’s office. And it didn’t have any of the informational literature displayed about the place that you would expect of a doctor’s office. The best set was David’s home and the room with the woodland scene painted was excellent, although, it didn’t seem realistic that someone could paint that without already being an accomplished artist.

I also liked a couple of songs that were in the show like Don’t Let Me Be Misunderstood by Eliza Shaddad and SYML’s Mr Sandman. Both interesting covers of already well-known songs.

My Final Thoughts of This Netflix Limited Series

The show is worth a watch if you’re bored and want to binge watch something. It is interesting enough to hold your attention to the end and the performances by the actors are good throughout, with maybe the actress who played Louise being the weakest link with some moments of overacting.

Don’t watch it expecting anything special and you might just like it. It is, however, very average and if I were to give it a score out of 10 it would be a 5 or 6, at a push. I often wonder how shows like Behind Her Eyes get made as there must be so many books that are better to choose from.

But, clearly somewhere, someone with a big bank balance liked it and it got the thumbs up. And, in all fairness, a lot of people are probably watching it during lockdown – and a lot of people will feel equally as disappointed as I did by it too.

This is a show for killing time and nothing else. I can’t imagine anyone wanting to re-watch it again.

To find something a little more invigorating to do on the weekends, check out our video game review index.