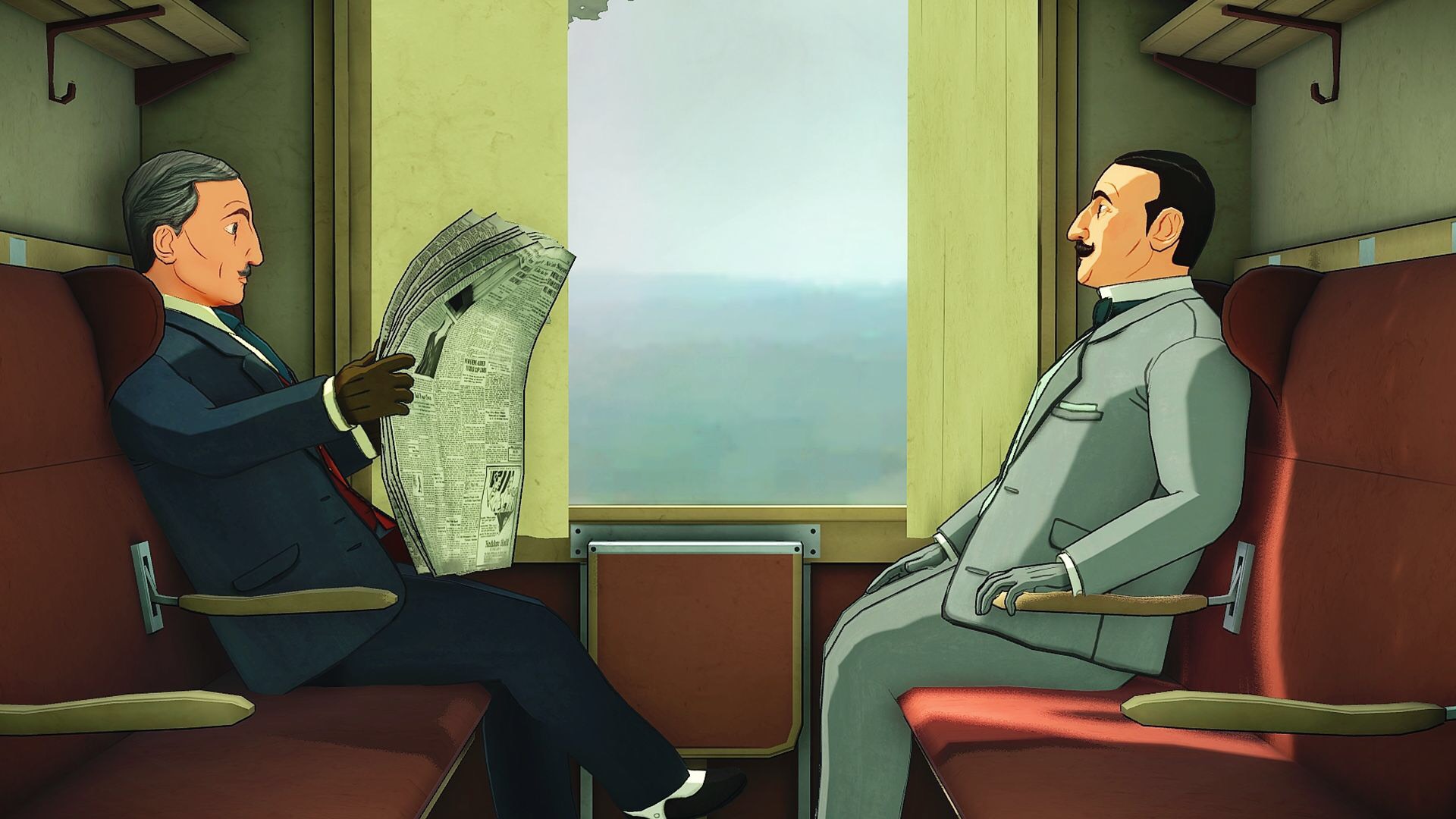 This is The Subtext and I’m Dan. This Christmas the BBC’s airing a new adaptation of Agatha Christie’s The ABC Murders, starring John Malkovich as Hercule Poirot so I thought it’d be fun to do a Quick Review of the 2016 game of the same name. Now you’ve probably heard of Poirot from the various screen adaptations of Christie’s books but it’s not often we get to see the little Belgian detective in polygonal form; and as usual, there’re some positives, a few negatives and a couple of caveats.

Now let’s get down to brass tacks – the game takes place across the UK and at each location it’s up to you to search for clues, solve puzzles and make deductions to advance. It comes in at around six- or seven-hours’ length, weaving just enough intrigue into events to keep you glued. And in keeping with the books, Poirot gathers concerned parties for the denouement, and with dramatic flair he reveals all, bringing down the curtain on the story and the game.

The accuracy of Poirot’s characterisation is, of course, at the heart of the experience. Unlike the upcoming BBC adaptation, where American John Malkovich plays a British Poirot, the game remains more faithful to the books, casting Julien Dutel, a French actor, as the famous detective. Although Poirot, a proud Belgian, would detest the idea of being played by a Frenchman, the performance sounds quite convincing and is certainly a step-up from the rest of the voicework in the game.

Malkovich’s BBC version also ditches Poirot’s iconic moustache for a rather-less-impressive grey goatee but in the game the well-groomed ‘tache is present and correct, as are many of Poirot’s other mannerisms. According to the developers, they used David Suchet’s iconic portrayal as a basis for their version, replicating his movements in game – from his rather distinctive walk to the way he checks his appearance in the mirror with compulsive regularity.

Each time you act the way Poirot would, you earn ego points, and these can be collected to unlock a number of little extras. It’s a nice idea and a lot of fun. Similar to Frogwares’ Sherlock Holmes games, the biggest reason to pick this one up is that you get to play as Poirot, and that counts for a lot.

The Presentation of the Mystery

On the presentation front, the art style masks a lot of the visual shortcomings. The cartoony graphics are nicely detailed and the colours are bold – the visuals create a pleasing sense of time and place. But look a little closer and you’ll see the jagged edges, the simple animations and the poor lip-synching – it’s fairly obvious the game was made on a budget.

So how does this version of Poirot stack up? Well I’ve got some reservations about the upcoming BBC adaptation, and many of the actors playing Poirot over the years have been woefully miscast; on the other hand, David Suchet’s Poirot is wonderfully realised. The game treads the line nicely between Suchet’s Poirot and Poirot as written in the books. It really is an enjoyable adventure, with puzzles that won’t drive you up the wall and a decent soundtrack to boot. It’d be great to get a sequel at some point down the line.

Find it for Xbox, or another console, on Amazon here.

But that about wraps things up. Don’t forget to like, subscribe to my YoutTube channel and let me know if you enjoyed this shorter article in the comments below. As always, this has been The Subtext, I’ve been Dan and until next time!