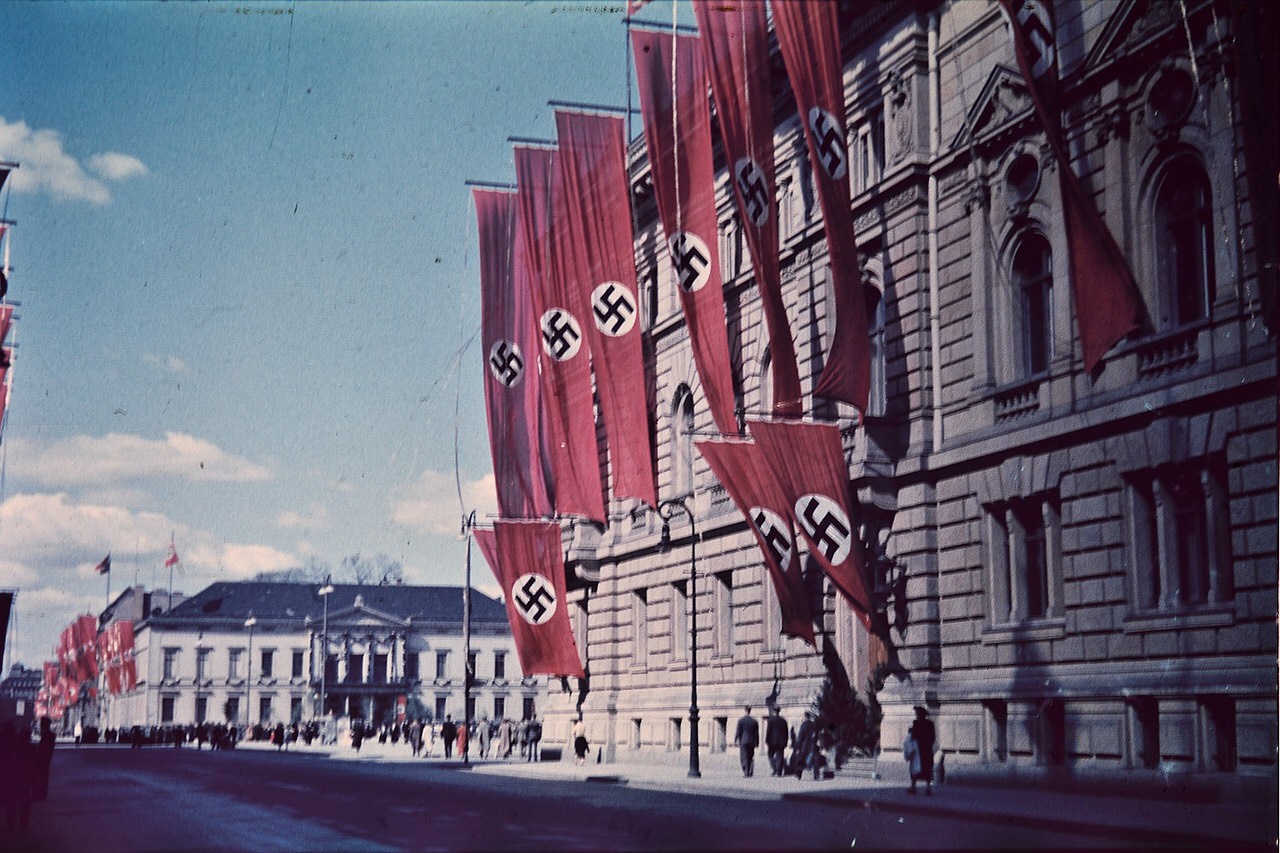 Of all the lists you have been dying to read and thought you never would – this has got to be top, right?

In case you need it, this is your anti-Nazi disclaimer and I in no way condone Adolf Hitler’s actions or ideologies. We live in strange times where you have to apologise in case someone gets offended.

A long while ago now I watched The Man in the High Castle on Amazon Prime and in the show, they showcase some pretty ingenious tech that was never realised but would’ve been had the Nazis won the war. This got me to thinking… what Nazi inventions did survive? After all, we always have this idea that Nazi Germany possessed some pretty advanced (some say alien) tech.

This is fairly mainstream knowledge and the most obvious on my list of five. The Volkswagen Beetle was custom made to Adolf Hitler’s own specifications for a car he thought was necessary for everyday Germans. Among his many requirements were that it needed to be cheap to buy and it could carry a family of two adults and three children.

Hitler was busy building his Reichsautobahn and he wanted the Volkswagen (People’s Car) mass produced and able to safely maintain a relatively high cruising speed on his new road network. People in Nazi Germany were able to purchase a VW Beetle on a special government savings scheme. A popular myth is the Hitler asked that VW Beetle engines be bulletproof, while it was built for military leaders during the war, it is not reliably known whether this was actually the case and VW Beetle engines in general are not bulletproof.

Given its Nazi origins it is amazing that the Beetle is still a common sight on the roads and absurd that they are dressed up with flowers and eyelashes on their headlights.

After the war ended a lot of German technology was secretly removed by American forces. The US had already commandeered the services of many Jewish German scientists and while the Russians and Allied Forces had their attention on fighting the US was focusing their attention on pinpointing the location of German facilities.

They had built up plenty of intelligence by the time the war ended and made a dedicated effort to recovering as much secret tech as they could. One such experimental airplane was the Horton Ho 229. The Horton Ho 229 was an unusual aircraft, it didn’t look like the counterpart aircraft of its time and it had some interesting attributes that were apportioned to it.

First it was a plane that resembled a fighter in weight and size that was to be used for bombing.

Second it had been designed to carry bombs and travel at the then incredible speed of 620mph, in comparison a Spitfire which was a light, agile and fast fighter was capable of 369mph.

Lastly, it was apparently designed to be radar proof, the very first stealth bomber.

While this was a prototype and specifications were for the most part theoretical it is easy to see how the United States developed the F-117 Nighthawk years later using the shape and design principles of the Horton Ho 229. If anything, Horton Ho 229 was the inception…the first seed planted. The F-117, the result.

A few years ago, a Jagerbomb trend swept though the partygoer ranks and it still hasn’t abated. The shout of “Shots” is somewhat synonymous with Jager-bombs.

Jagermeister means “hunter master” in German and the drink was released in 1935. This was just after the Nazis had introduced new hunting laws in Germany. Hermann Goring was given the title of Reichsjagermeister. Goring was documented to have been a keen huntsman and relished his title; it is no wonder then that the alcoholic beverage maker would align itself so closely to the Nazi leadership especially if it afforded them privileges.

It is not altogether known how closely Mast (The drink manufacturer) and Goring worked together and it is probably true that Goring was at least consulted. There is also a whole lot of questionable behaviour by Mast including profiteering from German Jews that has been recorded. Today, the manufacturer does as much as possible to pretend the past and origin of their drink doesn’t exist.

So well known was Goring as the Jagermeister that the German people called Jegermeister “Goring Schnaps” instead. There you go, a bit of useless drinking trivia to share down the pub that not many people know.

Painkillers that are opium based such as Codeine and Morphine were becoming hard to source during World War Two by German troops because they lacked access to poppy fields to harvest opium and then refine into drugs. This meant that a lot of German troops were fighting a war and not being able to medicate against pain and in turn this meant that German troops were either not fighting as well as they could if medicated or they weren’t recovering quickly enough.

This was a major crisis because pain medication is a huge component to an effective war machine. Methadone was a synthetic opioid that proved to be effective at mimicking the opioid medicines and was quickly put into mass production. By 1943 the drug was readily available for German troops and was used widely by Nazi forces.

Today Methadone is still used in a medical setting but primarily to treat withdrawal from Heroin. In the UK, Methadone is widely prescribed as a safer alternative to Heroin and is considered a medical step towards getting users clean. Methadone use has shown little efficacy in helping get Heroin users clean but it has shown great efficacy for curbing withdrawal symptoms. It is also occasionally still used as a pain medication although this is quite rare now as other opioids are considered safer and more effective.

Moving on from the dreary and problematic topic of Heroin withdrawal we find our way to the sunshine filled zesty orange beverage we all know as Fanta. During the war (insert Uncle Albert joke here) Coca Cola was difficult to get hold of due to a trade embargo.

This meant that German Coca Cola manufacturers couldn’t get their hands on the ingredients that go into creating the world’s favourite fizzy drink. It also meant that the German people were missing out on that little bit of normality that Coca Cola is able to provide in most settings.

It stood to reason that the factory that made Coca Cola would come up with a substitute… and that somehow ended up being Fanta, a drink that is completely different taste wise to Coca Cola in almost every way imaginable. I guess it is sweet and it is fizzy.

The truth behind the unusual substitute is like Britain, Germany had a shortage of many food items and this meant that formulating new drinks was done with a considerable degree of resourcefulness. Original Nazi Fanta was a massive leap from the drink we all know and enjoy today, instead of oranges the drink was flavoured with apple pomace (the solid bits left after juicing an apple) beet sugar and whey. Sounds delicious.

If you enjoyed this – make sure you comment below your ideas for weird and wonderful things for me to write about next… as you can see, I like to keep my subject matter varied!