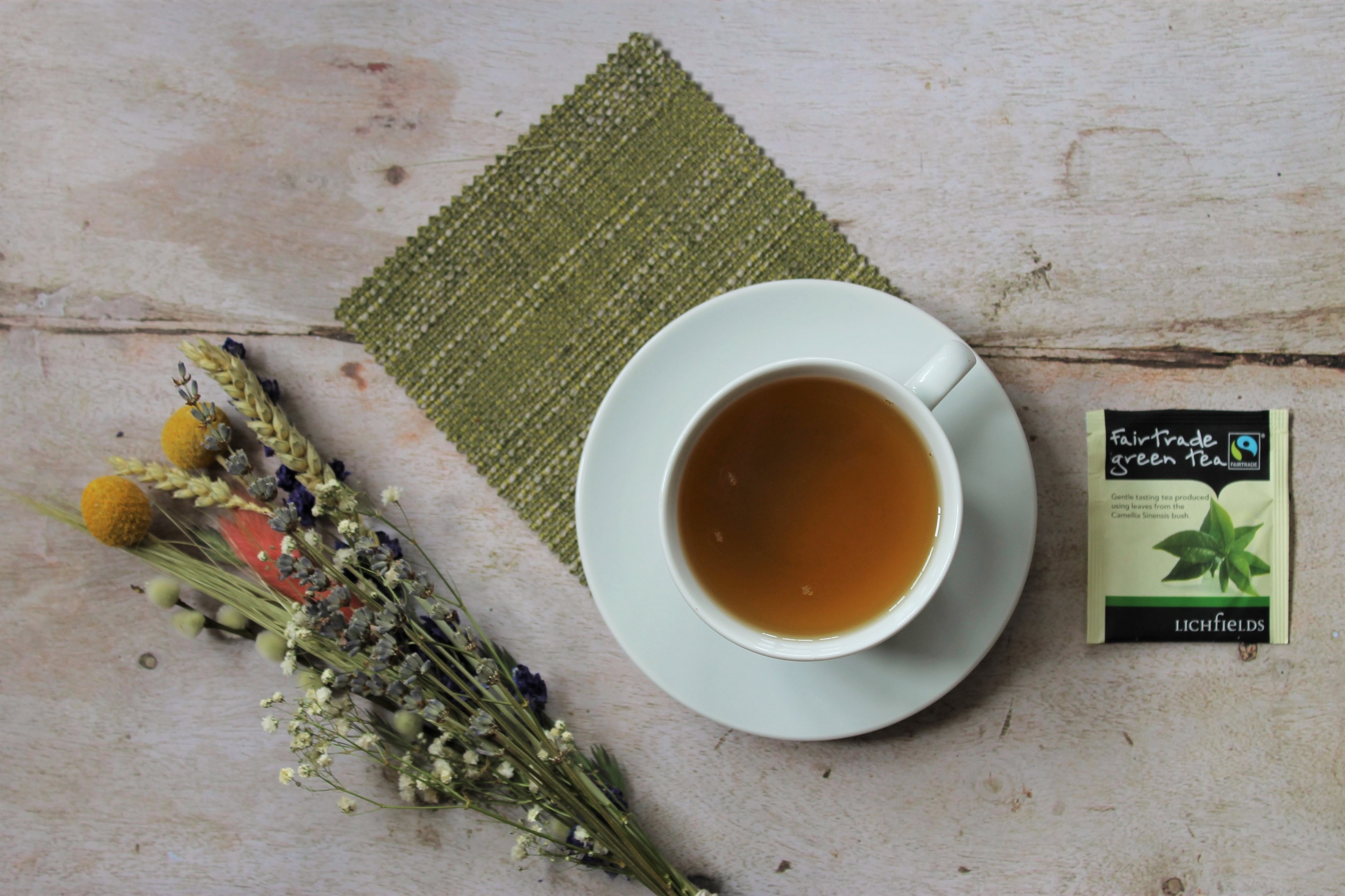 Good morning! I’m starting the day with a hot cup of Lichfields green tea. Sometimes a really simple cup of tea without added flavourings and a million ingredients is the most satisfying. In this review, I’ll find out if Lichfields provide that satisfying cuppa or not!

I picked up these teabags from a hotel – you’ll likely find them in hotels across the UK, but if you want to buy a box for at home, your best bet to find them is on Amazon. I’ve included links below so you can find this tea on Amazon UK.

Generally, buying multiple packs at once is the best way to get a good cost per cup.

Lichfields Green Tea at a Glance

This tea is okay, it’s certainly drinkable, but the flavour is pretty disappointing. It’s dull and mellow rather than fresh and bright. A simple green tea that you’ll want to flavour without something else, e.g. lemon. 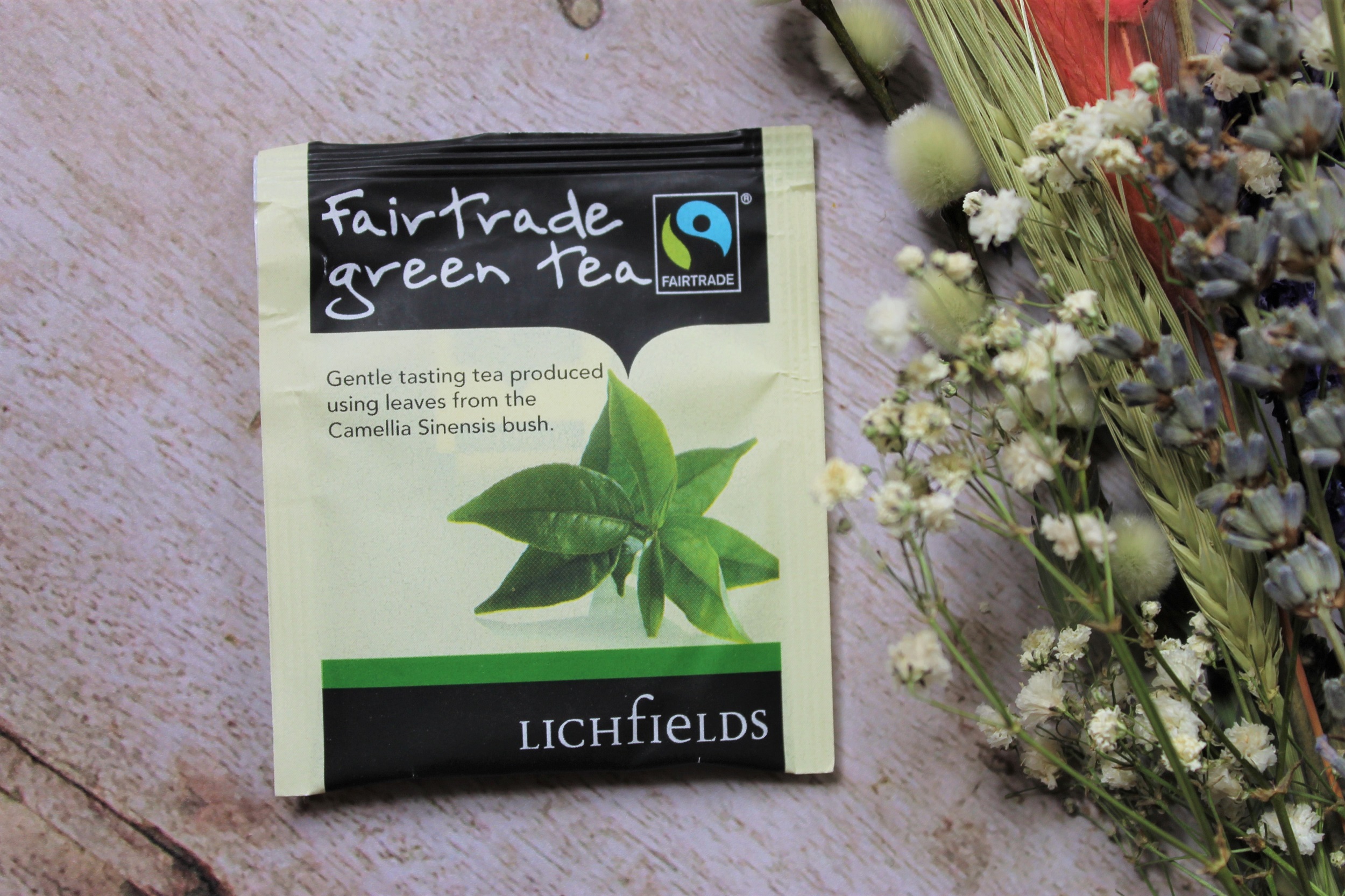 Instead of ripping this teabag open impatiently, I’ve gently cut it open with a scalpel so I can send it off to a teabag wrapper collector. Cool, right?

Once I’ve extracted the teabag, it’s a bit underwhelming. The aroma is musty and slightly herbaceous. It has the warm notes that indicate that it’s Chinese green tea, but it’s still just… lacklustre. I was hoping for more from Lichfields green tea.

It brews quickly into a dark yellow green colour. I chose to push my tea through a fine mesh filter, but still, this tea is quite dusty in your teacup.

You can really feel it in your throat too – the mouthfeel is thick and dusty, it catches as it coats your mouth.

The flavour is okay. It tastes old, even though this teabag is new. Rather than being fresh and grassy and rejuvenating, it’s musty and thick and hay-like. In a single word – mediocre. 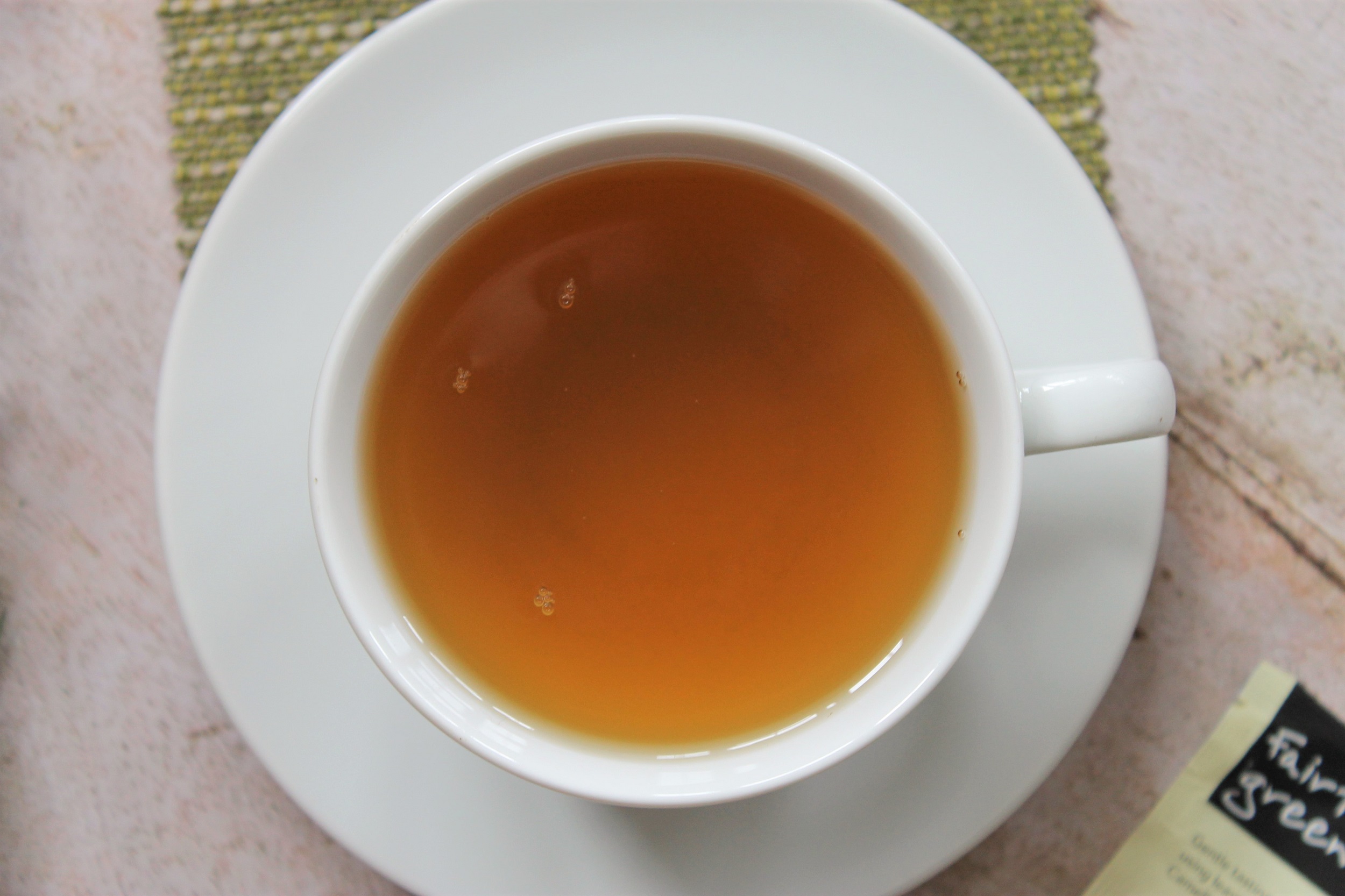 How to Brew Green Tea Bags

The key to brewing any green tea is to use water at 80°C instead of boiling. I use a simple kitchen thermometer to check the water temperature. If you don’t have the patience for that, just let your water cool for 5 minutes in the kettle before you pour it into your cup.

I brewed this tea for 2 minutes in 200ml of water. This results in a medium-strength cup of green tea. You could brew for a shorter period, but I wouldn’t recommend surpassing 3 minutes.

The only way I would drink this tea again is with a slice of fresh lemon. You could even try icing this tea with lemon and honey. The sweet and sour flavours will give the refreshing edge this green tea sorely needs.

Let’s start with the good points. 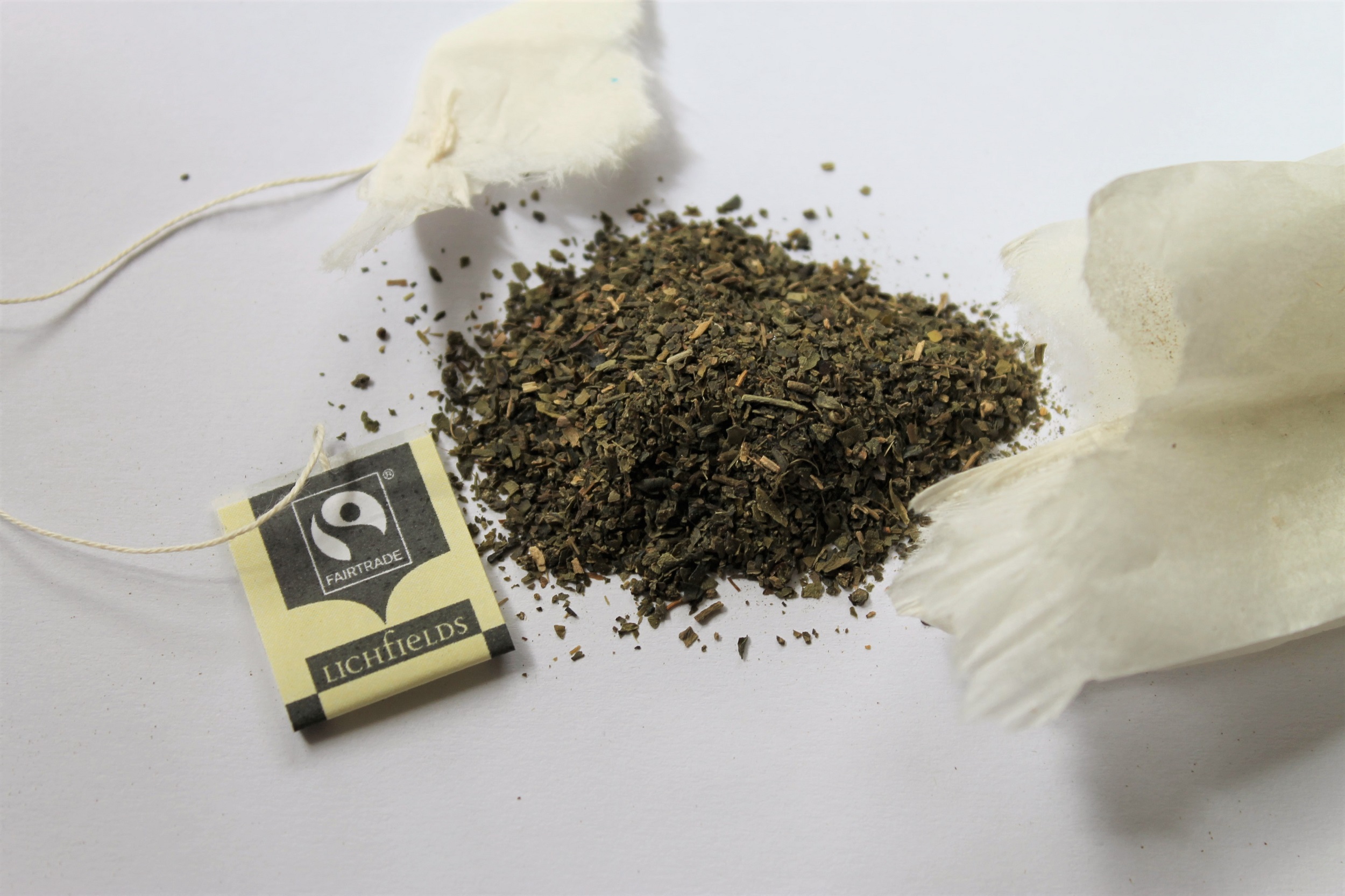 The downsides? Well, it’s not single origin. It’s likely made from a blend of green teas grown around China, to keep the costs low. It’s also very finely chopped and dusty. It’s not a high-quality tea.

And as far as flavour goes, it’s nothing special. That’s probably why it’s not flying off the shelves in your nearest supermarket. Instead, it’s only available to buy if you really search for it online.

Overall, this tea isn’t great. But it is certainly drinkable. I won’t be buying any more of it, but if you are looking for a plain and easy-to-drink green tea for a beginner, it’s worth a quick look. You can find it on the UK version of Amazon below. As far as I know, it’s not available to buy internationally.

Find This Tea on Amazon UK 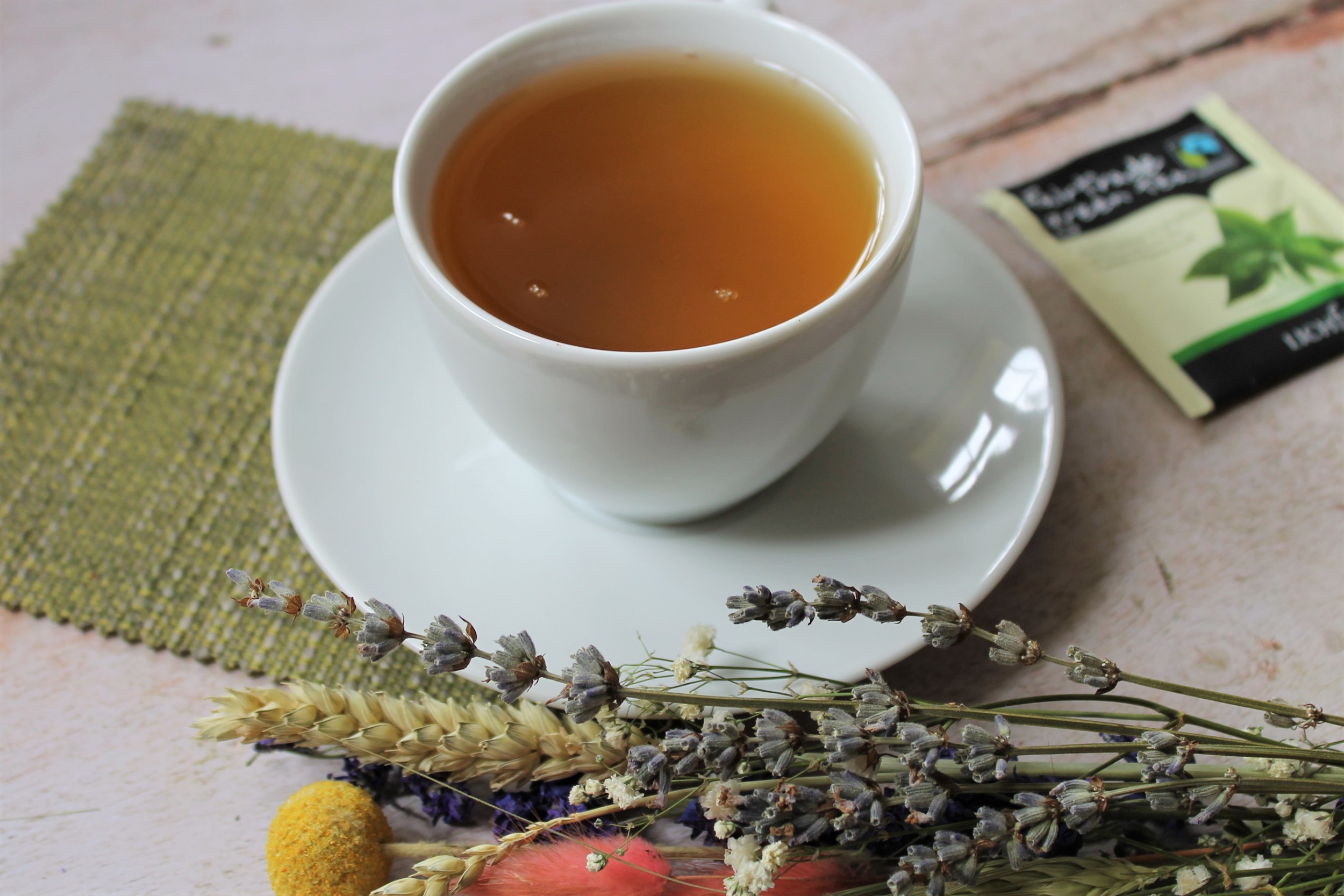 Whether you’re looking for some unique single origin Chinese green teas, or something flavoured and tasty for your mornings, my Tea Review Index is the place to visit. This is where I log all my tea reviews and categorise them by origin, flavour, and more.