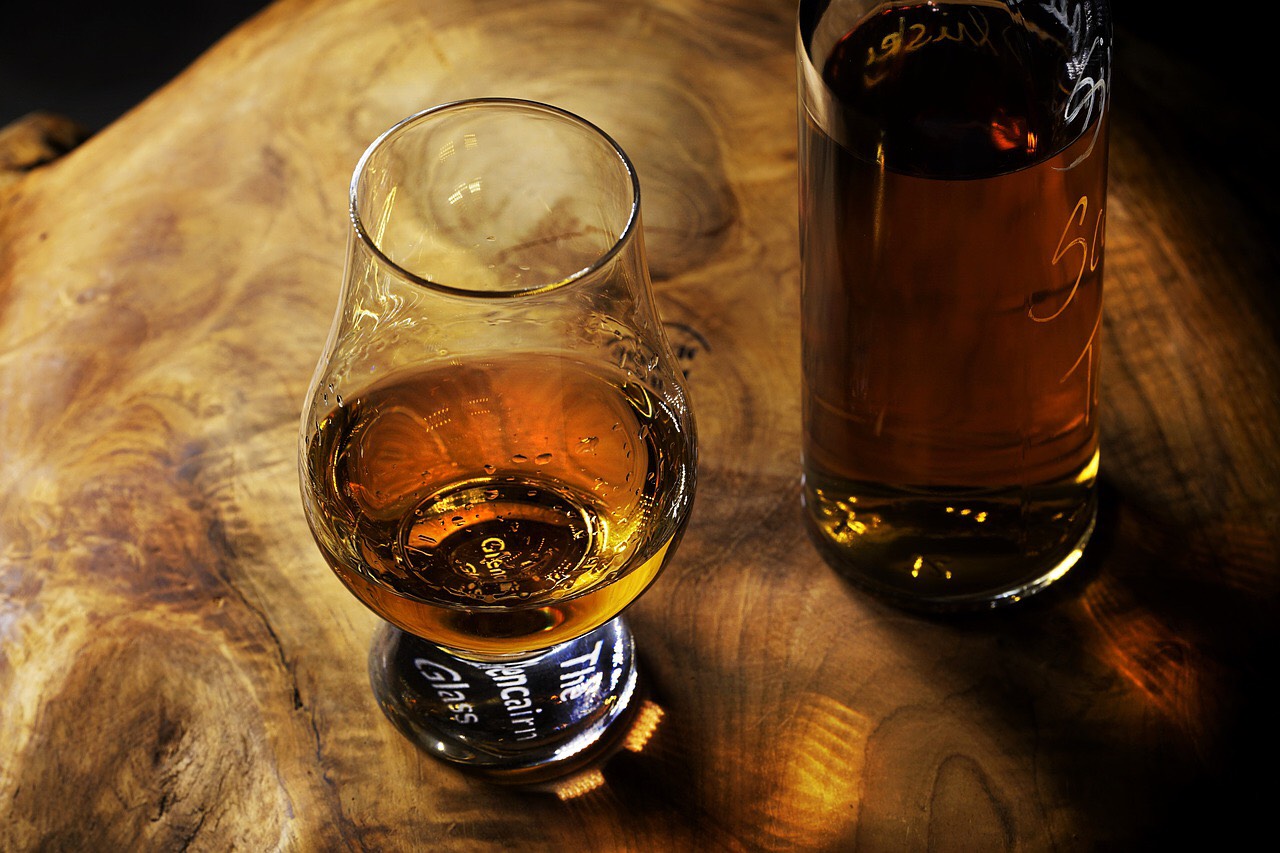 I have recently been commissioned to work for a leading whisky distillery which has been an exciting and challenging new project for me to take on. Made even more so because I am learning on a very steep learning curve about whisky and all that goes with it.

My History with Whiskey

My history with whiskey probably mirrors most people’s history with the drink and can be summed up in one Charles Dickens quote;

I remember the only time I have ever gotten paralytic was on a certain well-known American whiskey. In that respect, whiskey taught me  very harsh life lesson and one that framed my teenage drinking sessions from that point on. Always at the back of my mind as a red flag – telling me when I needed to stop drinking.

Whiskey taught me my drinking limit in a way that probably few drinks can. Whiskey when overdone, is extremely bad.

I also have fond whiskey memories though. I remember that I read about a whisky called Laphroaig in a Peter Robinson book and that on my birthday that year me, my best friend and my gal at the time sat in a remote country pub drinking it. I remember the warm smoky drink and the warmer conversation. I also am a huge fan of Irish Coffee which is laced with the rich smooth taste of Jameson’s whiskey.

So far you will have noticed that my experience with whisky is limited and that I have used the word whisky and whiskey freely throughout. There are many, many great little whisky factoids and plenty of information about the process, aging and consumption of whiskey. This is the one I will start with.

One of the most searched terms on google relating to whisky is “whisky vs whiskey” or “whisky or whiskey”. Which I imagine is a question searched in pubs to settle heated debates about the correct usage. The truth is, that both are fine but they aren’t completely interchangeable.

This spelling is most commonly used to describe scotch whiskies. Whisky is the Scottish variation of the word whereas whiskey is used outside of the Scottish whisky world.

Most non-Scottish whiskey brands will use this spelling and leave the whisky spelling to scotch producers.

It is correct to say that all whiskies are whiskey, but only Scottish whiskies should be spelt whisky. This isn’t an absolute rule though and some whiskies are made outside of Scotland using Scottish methods and stylised on their labels as whisky to further confuse the usage.

For those about to embark on my whiskey journey with me, I will use the word whiskey except when discussing Scottish whisky which should hopefully promote proper usage and also help you know the whiskey’s origins.

I will aim to do a review every couple of weeks, whiskey is both expensive and alcoholic and I am an everything-in-moderation kind of guy. I will however post more regularly outside of reviews about whiskey hints, tips, etc.

My next blog will be about the origin of whiskey which will be followed by my first whiskey review – which I am a bit nervous about as I am no connoisseur – that though will probably give my reviews a raw, honest no bullshit approach to a fine drink indeed. Salut!