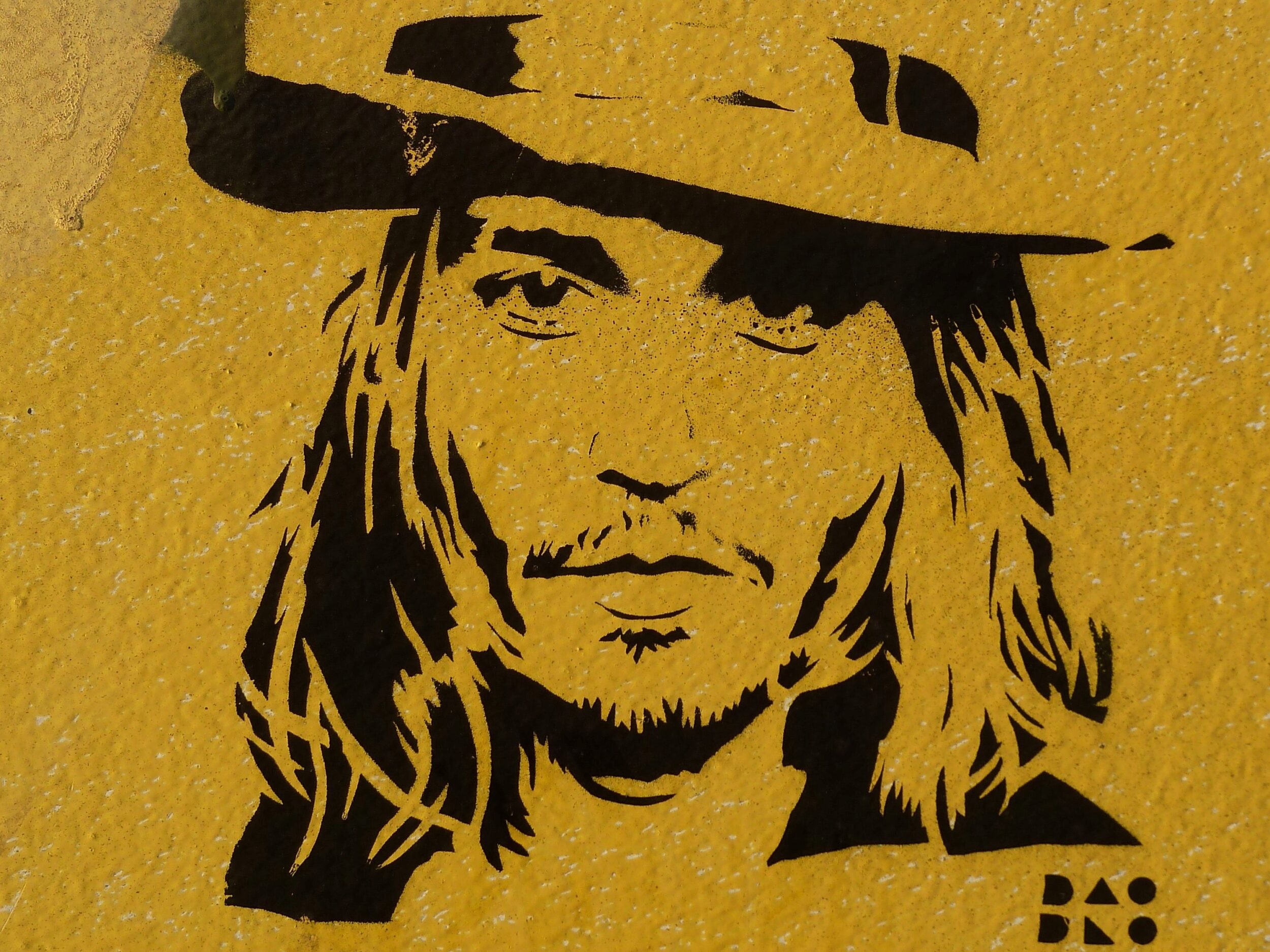 Dubbed the new trial of the century, it is fair to say that across the internet the trial in which Johnny Depp is suing Amber Heard for defamation has gripped everyone.

Here are 5 things I have learned from this case so far.

The UK Court System is Woeful

I will probably write a separate article about how poor the UK court system is and elaborate why – but having this trial playing out in a public forum highlights one key area where the UK lacks terribly.

In the UK, the court system is deemed public because members of the public can go and sit in on trials. But, even in high profile cases where there is a CLEAR interest to the wider public (far beyond the small few that can fit into a courtroom gallery) there are no cameras allowed in courts.

This is problematic for a few reasons;

This case to some extent was already tried in a UK court when Depp sued the Sun for libel for characterising him as a ‘Wife Beater’.

The trial in the UK was not televised. It was not a jury trial and was decided by a judge who has since had questions raised about his connections to the Sun newspaper and bias.

Evidence that was allowed into the trial was extremely limited and this was all controlled by the judge.

It goes without saying that it is extremely prejudicial for a judge who is going to be rendering verdict over the proceedings, also has control of the evidence he will hear in the case. I mean that is beyond nuts.

In the UK if a judge makes a ruling you can try to appeal. The appeals process is even less transparent than the initial non-transparent court proceedings and if the new judgement is that you have no right to appeal – then you’re fucked.

You can of course make a complaint to the regulatory body about the judge, but this is such a tight framework that it is designed to protect those acting as judges in these cases.

To summarise – there is no real public scrutiny, we are having to rely on third parties (who arguably are very biased) to report on proceedings and judges make judgements with impunity and with little recourse if your motion for appeal isn’t taken up.

Coverage of the Kyle Rittenhouse trial in the US highlighted why it is SO important for us to view proceedings – the media reporting during the trial grossly mischaracterised the evidence that we could see with our own eyes.

Legacy media tried to gaslight us en masse in that case and that WAS a televised trial – imagine what the legacy media gets away with when cases aren’t public in a true modern sense.

One thing is clear – although libel and defamation are different legal terms – with the evidence that is coming out in the US trial so far – I can’t fathom a court finding it was okay for a paper to categorically call Johnny Depp a ‘Wife Beater’ – so far (even with Heard’s case resting) I have yet to hear compelling evidence he has beaten her.

Both legal teams in this case have had strong moments and poor moments. But, one thing is standing out as clear as night and day – Amber Heard’s main attorney Elaine is not a very capable trial attorney and it is making her client look worse (if that was even possible).

She huffs, puffs and argues with the judge in open court. She has objected in improper ways on multiple occasions and her demeanour on cross examinations has been unnecessarily hostile.

When you are trying to convince the world that your client is a victim and not hostile it really plays poorly when you can’t control your own impulses and anger when dealing with witnesses.

You can reasonably cross examine in a respectful yet extremely tough way without letting hostility get the better of you.

Making Elaine stand out like a sore thumb is the comradery and team spirit across the aisle on Depp’s legal team. You really get the sense they care about winning for Johnny Depp – not because of money – but because they actually care on a personal level.

Whether that last point is actually true or not is questionable – but if you’re Johnny Depp it must be incredibly reassuring to be sitting in a supportive team that at least appears to have your back no matter what.

Since the #metoo movement there has been a lot of rhetoric about ‘believe all women’. That is unambiguous. If a woman makes a claim, no matter how outlandish, regardless of evidence, regardless of context – you must believe her.

This is problematic for a number of reasons and to highlight this I am going to flip the genders and explain from a less emotionally charged standpoint.

If we believed all MEN regardless of facts, it would be easy to demonise women who may well be innocent in the court of public opinion without the opportunity for women to defend themselves.

This isn’t even a legal defence I am talking about – if we believed all men then women would have no recourse. No ability to defend themselves – no matter what is being alleged against them.

If you want to marginalise an entire group or gender, what better way than to say ‘if this group says that you do something – then not only are you immediately GUILTY but you don’t have the right to defend yourself.’ They say it – you’re guilty and that’s that.

Looking at #metoo specifically, I am sure that the movement has HELPED legitimate victims feel empowered to speak where they would not have done so in the past – that is important. Equally though, it should be no surprise that there will be malicious actors in any walk of life and when these people are given a platform to act maliciously that can’t be refuted – that is really scary.

This goes to the wider societal movements that have identity politics at their core. They will inevitably help some marginalised group and help some legitimate victims – but when the argument is that this help is at the expense of another group it is immediately extremely dangerous.

History has demonstrated this time and again – for further reading make sure you read up about the famine that Stalin created because he decided to target successful Ukrainian farmers.

I take a dim view of most social movements because despite raising important issues including injustices and helping some people tell their stories – when you take the movement to its logical conclusion the damage it creates far outweighs the benefit.

We are beginning to see that in this case with #metoo, and if the movement is able to survive this flashpoint, it will ultimately accrue more and more damaging consequences.

This case has had so many behaviours that have been coined as abusive. That is problematic because it is almost at the point that anything that a party deems negatively in a relationship could be abusive.

Here are some examples from this case –

My question here is twofold – how is it abusive for someone to speak in confidence about another person to someone else in a negative way? And secondly, in every relationship people call each other all sorts of names in the heat of the moment does that make every argument that descends into name calling abuse?

Pictures of him sleeping/passed out are being used in court to argue that he was abusive. Does that mean that anyone who has an addiction to drink, or drugs is automatically abusive to their partners?

When you start blurring the lines of what is and isn’t abusive it creates really big problems. First, it throws serious abusive actions under the same umbrella as behaviours that in my opinion shouldn’t be considered abusive.

With the lines of abuse growing ever wider, anyone can claim to be a victim of abuse at some point. This allows silly terms like ‘mutual abuse’ to gain traction because perpetrators of abuse can legitimately demonstrate they were abused with such broad definitions.

I think the court of public opinion has weighed the evidence in a definitive way in this case. We have heard the audio, heard the testimony and seen the pictures and videos.

There are also other audio portions that are not admissible in court but have been released to the public and they’re damning beyond doubt. For reference the entire Australia audio demonstrates Amber’s lying and is damning to say the least.

Whatever you think about Amber personally and when there is a clear victim it is very easy to dislike or even hate someone for their behaviour – she clearly needs some kind of help to understand her behaviour isn’t acceptable.

It goes beyond that, she needs help to understand that her perception of reality is warped. The level of pathological lying is not a normal response to adversity.

The level of inability to accept even the most remote personal failing or take responsibility is not a normal response.

What are your opinions of the trial? What do you think of the things I have learned? Comment your thoughts below!