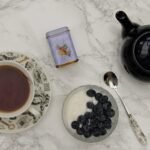 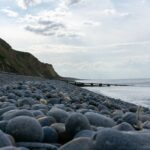 The History of Sheringham, Norfolk – And Travel Tips
September 9, 2021 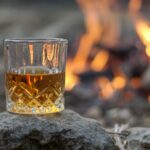 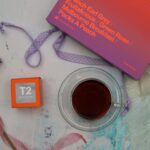 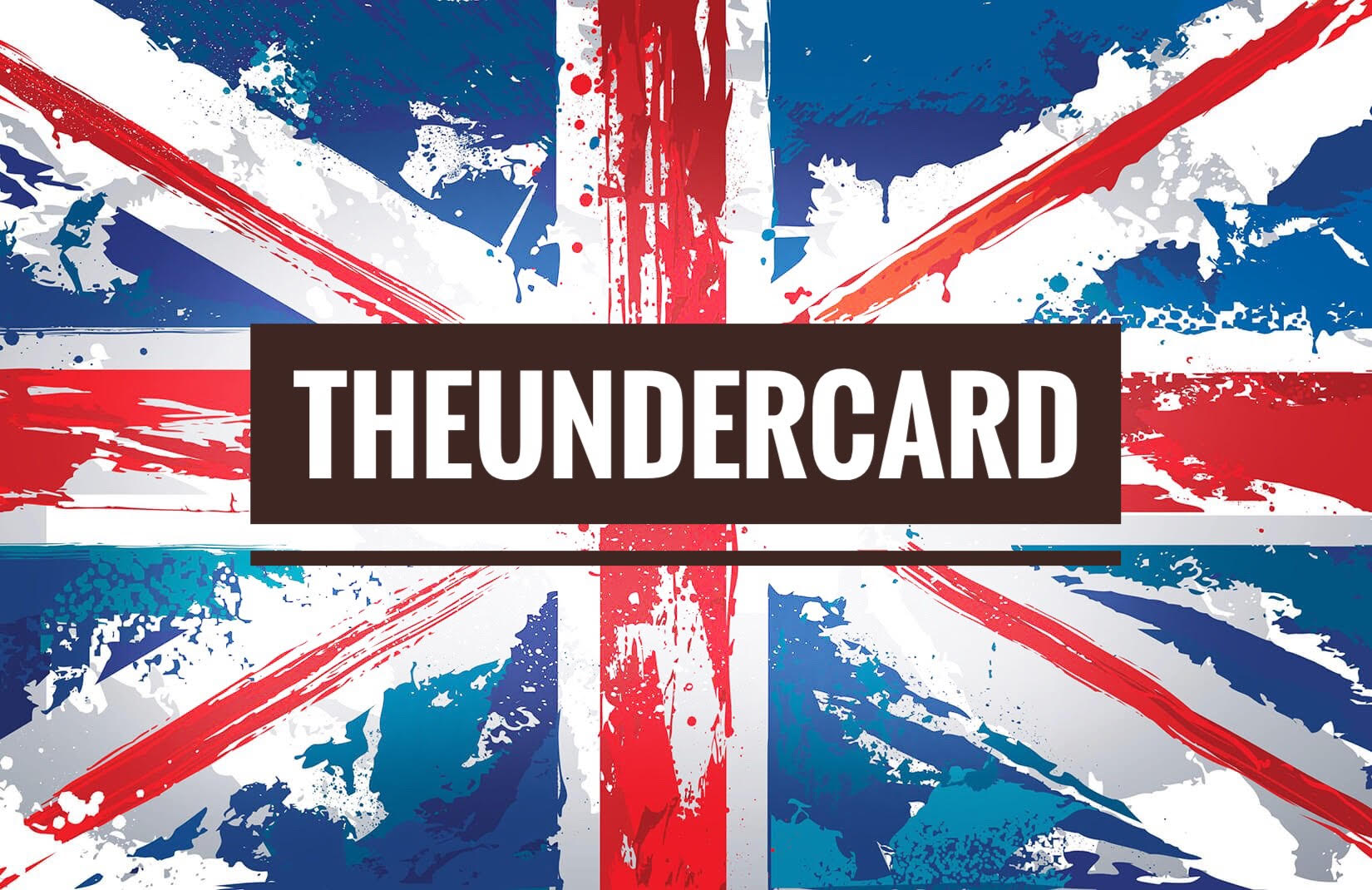 This blog is a space for all things boxing, from news, insights and betting tips to boxing training regimes. It is run by myself (Jon Logan) and Chris Kemp, both bringing unique viewpoints to the boxing table.

I first got into boxing at a very young age when I watched the late, great Muhammad Ali (albeit in a re-run as I am not quite that old) boxing another legend Joe Frazier. From that moment I was captivated, there was something brutal and poetic about the sport and I became a sponge for heavyweight boxing history. This led me to my favourite boxer of all time, George Foreman. I was a child of the 90s, growing up watching the likes of Mike Tyson and Lennox Lewis in what was considered one of the sports “golden eras”.

While I loved the 90s boxing scene (which also featured Foreman) my obsession with the sport transcended any single era. When it comes to heavyweight boxing, I follow it keenly, from amateur and Olympic careers to the current heavyweight professional roster. I also feel in boxing, perhaps more than other sports, it is integral to understand the history, the styles and the way the sport has evolved over the years, something that I am comfortable in saying I am a scholar of.

I bring all of this heavyweight knowledge (as well as other boxing history in lower weight classes) to the Undercard team. Complimented by Chris’ fantastic knowledge in other divisions to create a complete universal overview of boxing today and its wonderful history.

Magic carpets, acrobat hoops, fireworks, flames and flamboyance. When I first watched Prince Naseem Hamed make his way to the squared circle and flip over the top rope I was captivated. He had such exuberance and a charm that was as dramatic as it was endearing to a boy of 10 and it’s here that my fascination with pugilism began.

As a child of the 90’s I watched while Mike Tyson was biting people ears off, Frank Bruno was retiring, and Joe Calzaghe was rising through the ranks of the Super Middle Weight Division seemingly untouchable. But it wasn’t until my 20’s that I really started to take an interest in the sport.

It’s confusing, it’s political, it’s full of character and characters alike. Ask a man on the street to name a current boxing world champion and they might say, Anthony Joshua. The truth is there are currently 59 of a potential 68 world champions across 17 divisions – and that’s not even counting the interim or regular title holders (what are these you may ask?).

Whereas Jon’s knowledge of the Sport predominantly lies in the Heavyweight division both past and present, I have my focus on the modern era. If I were to pick a weight class I enjoy the most it would be Middleweight but honestly, like Jon, I am just a fan of boxing. If there is a fight on I’ll watch it. If there’s a show I can get to I’ll go.

This passion alongside a sometimes-controversial opinion is what I bring to The Undercard team. Follow us here and across all our platforms for our analysis and our take on boxing today.

The home of @theundercardofficial Instagram, with all our awesome Insta pics, links to in-depth articles and boxing analysis as well as all the up to date boxing news and predictions. If you’re a fan of the sweet science, this is the place to be.

In boxing, one division has always captured the attention more than any other, whether it be because it is the highest weight class or because the spotlights seem to shine a little brighter, the heavyweight division has always been lit. (Okay not always, there have been lulls, but you get the picture!) Heavyweight boxing isn’t the most graceful, it isn’t necessarily the most profitable division, but one thing it has in abundance is brutality and knockouts. If you’re looking for…

We don’t always get what we want and this is no truer than in boxing. Being a boxing fan can be frustrating at the best of times and sometimes we wait years for the dream matches to be made. This often means that the match has marinated enough for the promoters to make a lot of money but it also means we get a staler match with fighters past their prime. This got me thinking, if I could choose three…

Another weekend of boxing has passed by and both me and Chris have been “back and forthing” as per usual. For the most part we agree on a hell of a lot of things, but sometimes things get a bit shirty when we disagree. Somewhere in the pipeline we will be doing some kind of boxing podcast so keep your eyes and ears open for that. In the meantime, enjoy our latest disagreement – how good of a prospect is…

If you didn’t catch part one, make sure you check it out! The Light Heavyweights It has been an interesting few weeks for Light Heavyweight boxing. In fact it has been an interesting quarter across the scene for the division in 2019 all told. Let us take a look at some of the highlights of the year thus far. The Cream of the Crop From the 18th to the 30th of January an apparent smear campaign against Sergey Kovalev began…

I recently did a bio/legacy post titled the Curious Case of George Foreman, so make sure you check that out after reading this! I quite like the Curious Case moniker so I plan on making this a series! Today we are going to explore some very unusual things about Deontay Wilder. So here goes. Dazn Offer Chris (my @theundercard counterpart) was deeply disappointed that rumours are circulating that Deontay Wilder is going to decline a $100 million – 3 fight…

There are few boxers that transcend the sport, in fact I can name only a handful of boxers that have managed to become household names, the obvious ones are Muhammad Ali, Mike Tyson and George Foreman. Ali for his political activism and affinity with his fans, Tyson likely, for all the wrong reasons. And, George Foreman, the odd one out. Why is Foreman the Odd One Out? To understand the unlikely story of George Foreman I will give you a…

Undisputed champions, hot prospects and our thoughts on next season WBSS in Full Swing From what looked like could be the end of the World Boxing Super Series just a few months ago, it seems that the issues with TV rights and then fighters apparently pulling from their contractual obligations has now been resolved. In his interview with Kugan Cassius (see link below), Kalle Saulerand dismisses financial struggles with confirmation that the tournament for the Muhammed Ali Trophy will continue…

We are at a point in heavyweight boxing where the landscape is changing, where big business is superseding the sport and where fighters are increasingly protective of their records, always looking to avoid losing their 0. Tyson Fury has long been one of the major figures in heavyweight boxing and even during his two-year hiatus from the sport he was generating headlines and calling out boxers to come and fight. Following a comeback which saw him taking on the WBC…

Chris Eubank Jr put in the performance of his career last Saturday night with his unanimous points victory over James Degale at the O2 Arena. “If I can’t beat Chris, then where do I go” These were the words uttered by James DeGale in their Face-to-Face sit down with Gabriel Clark before their clash on Feb 23rd in London. DeGale had dubbed this fight the ‘Retirement Fight’ stating “he needs the win and he needs to look good” but Eubank…