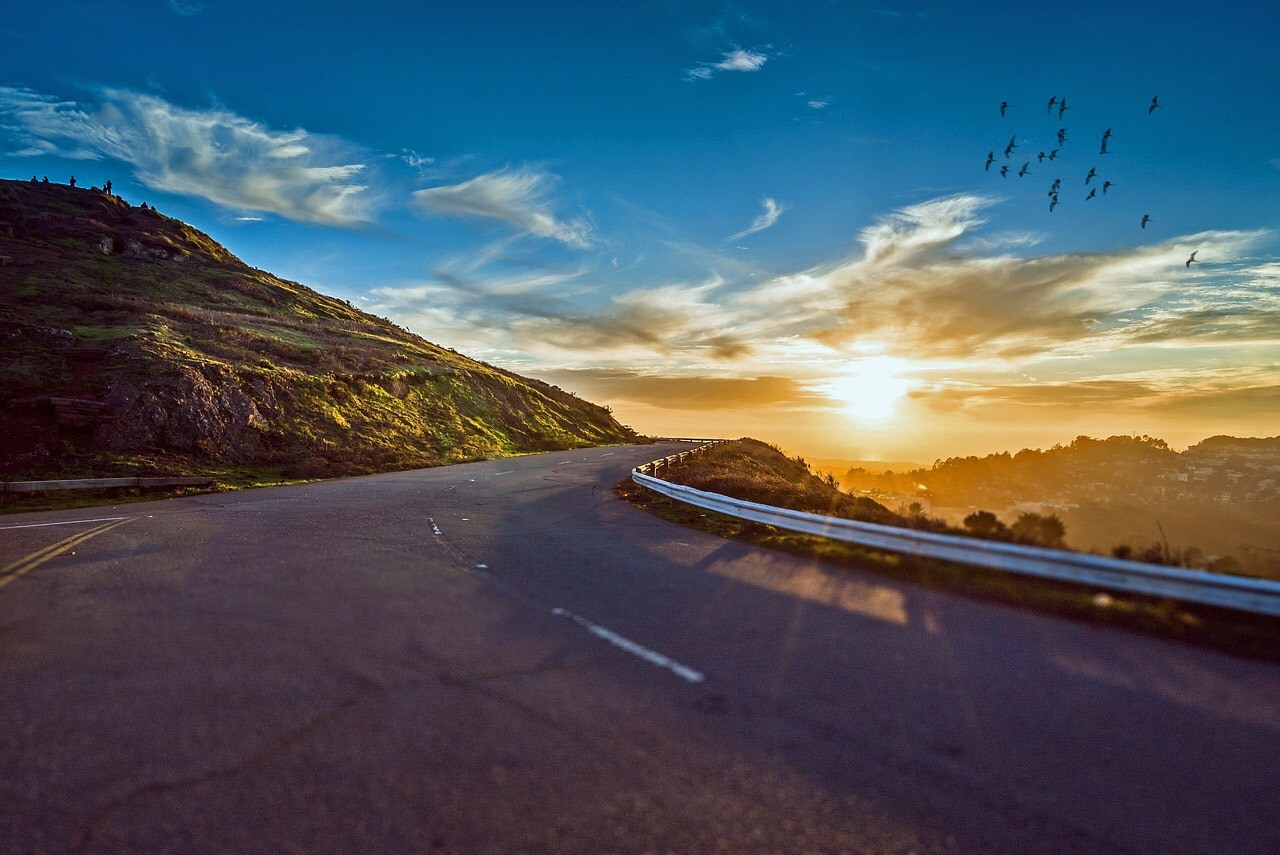 When the sun is out, beating down its hot rays, the roof is open on my car and I hit a series of corners at high speed with the sound system blaring; I forget the pains of life. Everything melts away and subsides, I am in the moment, I am alive, and I am content.

Many people meditate, others listen to ASMR videos on YouTube in their quest for solace. I find a big open road and open up the engine on my Mercedes and lose myself. Some of my best ideas for the things I write have come to me in these moments.

It is important then that I frame these moments with the right soundtrack. Here are my 10 favourite songs that help me escape the world whilst enjoying the sensation of driving.

Go Your Own Way – Fleetwood Mac

It was a toss-up between this and The Chain by Fleetwood Mac. But Go Your Own Way won out because unlike The Chain there is no waiting for the build-up. With The Chain, you have at least two minutes before the iconic Formula One bassline kicks in, whereas Go Your Own Way is on the pedal from the get-go.

With Lindsey Buckingham’s angry lament and awesome guitar work, Mick Fleetwood’s unusual drum work and Stevie Nick’s backing vocals, Go Your Own Way is appropriate for almost any occasion and any mood. Sweeping through country roads and listening to Fleetwood Mac is one of life’s greatest pleasures.

In many ways Go Your Own Way has personal meaning to me and it is hard to elaborate much more than it touches me deep in my soul in a way few songs can. Regardless of the sentiment, for any self-respecting petrol head, it is definitely one to add to the driving playlist.

My Favourite Game – The Cardigans

Perfect for straight roads with the windows and roof open at full volume, very few songs are as satisfying to open up the taps to as My Favourite Game and it frequently tops driving song playlists.

The second that the guitar intro kicks in your foot dips lower on the throttle. And it doesn’t let up, with the high tempo drum beat you keep your foot to the floor.

Woke Up This Morning – Alabama 3

Occasionally, my ego tells me that I am a boss like Tony Soprano (before reality reminds me I am very far from it) and the title track to the Sopranos, Woke Up This Morning is perfect for gentler (cruising) driving experiences. In and about town on a summer’s day with a guilt fuelled cigar.

Put your sunglasses on, light up, adjust the bass up and reduce the treble slightly on the sound system and let everyone know you have arrived.

This is a guilty pleasure song, one where you have to zone out of being self-conscious. Embrace it, be a boss!

You and Me Song – The Wannadies

This song is the perfect song for a little game I play when driving, the key is to let the verse pass and as the chorus hits, floor it. Let the feel-good happy notes ride as the car roars forward.

Probably the best elation invoking song for driving that I have come across and coupled with my little acceleration game it is unbeatable.

Like My Favourite Game, this song features on many top 10 driving song lists, and rightly so.

Most driving song lists feature Sweet Child O Mine but for me, Paradise City edges it out. Growing up (and still) I was a bit of a video game geek and nothing quite matched the liberating soundtrack to the Burnout Paradise game. The minute this song came on in the game and I was ready to unleash some mayhem on the streets of Paradise City.

Of course, in the real world, it would be amiss of me to try and do a vertical takedown on after passing a Honda Jazz (game reference ((although one can dream)) but it is still a good vibe driving song perfect for beach locations in the summer heat.

Recently I ventured on a road trip to Scotland (a place I had never been before) with Izzy. Much to her embarrassment and bemusement, I would insist on playing this as we drove through busy Scottish town highstreets (yes, that is my maturity level).

Despite the guilty pleasure, comedy value, the song is also pretty decent for driving to. Upbeat with a consistent drum and bass line it should be on every driver’s playlist. Of course, when it comes on, you have no idea how it got on there…

An even flowing guitar riff, Blondie’s building vocals, and a solid beat, this song is perfect for throwing the car into corners and shifting up on the paddles at exactly the right moment.

Of all the songs on my top 10 list, this is the best one to zone out to and let it just fade beautifully into the background of an amazing driving experience.

Following the nuclear theme, Radioactive is an awesome driving song all year round. It is as good in the (nuclear) winter as it is the hot summer months. With a heavy drum beat and short sharp “dubstepesque” drops, this is an all-round driving song that is perfect for any style of driving. It can be enjoyed through pesky average speed camera sections as well as on fast open roads.

The version with Kendrick Lamar adds a nice crescendo build up rap verse at the end that only heightens the driving experience, especially with that filthy drop after it peaks.

Radioactive is like an audio bomb that goes off and by God is it a good one!

A perfect driving song for the days when it is unspeakably hot. Not ideal for aggressive driving styles, more suited to casual, smooth beachside cruises.

Turn the aircon on (no don’t do that, open the windows) and absorb the wonderful summer sun while getting your groove on. It’s hard not to dance along while listening to this one so best suited to automatic gearboxes.

Bat Out of Hell – Meatloaf

It is just the best driving song in the world, ever, isn’t it? If not, it is going to be close to most people’s number one spot. One long piece of unadulterated guilty pleasure from start to finish. Like with Go Your Own Way, Bat Out of Hell is great for any occasion and no matter what mood I am in – this comes on, I smile and I sing along.

There are a few songs that very nearly made my list, my notable mentions are Back in Black – ACDC because well…Ironman. Carry on Wayward Son – Kansas because it is a good driving rock song and I Will Follow You Into The Dark – Deathcab for Cutie which didn’t quite make the list because it has the tendency to evoke a more reflective and sombre mindset.