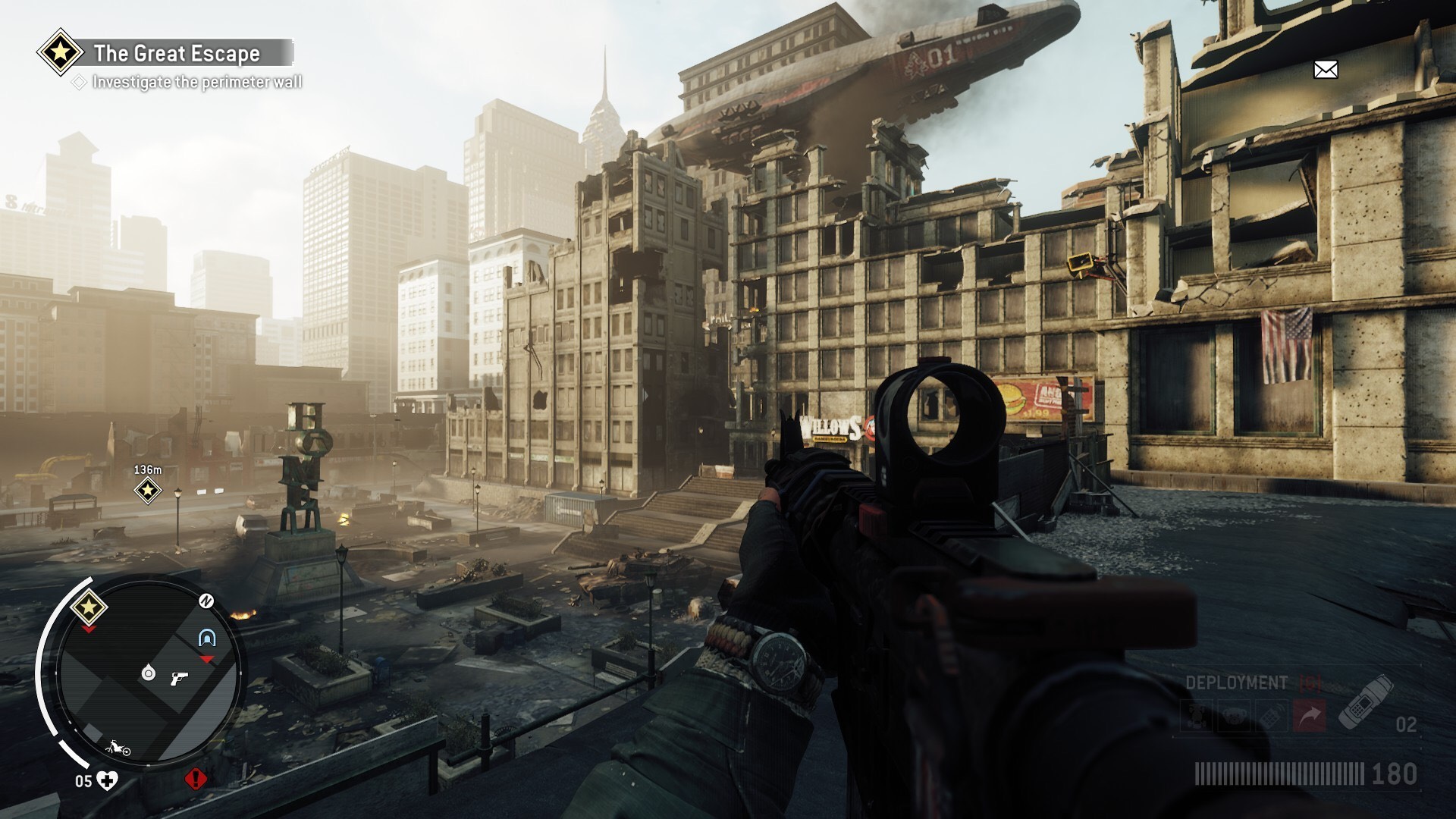 Back in 2016, Homefront: The Revolution was released to poor reviews and even poorer gamer feedback. Glitches, bugs and frustrating mechanics plagued what could have been a promising next-gen first person shooter. 2016 was a long time ago though, revisiting the game in 2019, I give you a review that decides if history has been kind to Homefront and whether or not it is worth picking up given its low cost.

Much of the initial bugs and problems have been ironed out over the years by the games development team who have actively listened to the gaming community feedback and tried to resolve the issues to create a fluid game. There do remain a few very frustrating areas that will probably never be resolved, such as missions not triggering correctly to progress further and the occasional glitch that detracts from the experience.

In all though, Homefront: The Revolution has aged well and the improvements to the game’s mechanics and crucially the reduction in frequency of glitches have created a fairly coherent gameplay experience. Certainly, an experience that in 2019, doesn’t mirror the lacklustre reviews of the past.

This is the first game that I have created an in-game review, giving feedback and highlighting nice touches as I play. Giving feedback in real-time is something I might consider for future videos, but, with Homefront: The Revolution, it allowed me to comment on things as they happened giving a more accurate assessment without dwelling to much on any given point.

As you will see in the video below, the overall aesthetics of Homefront: The Revolution are very different to typical and gritty first-person shooters that enjoy large market success. Instead a clever use of colours and an almost whitewashed theme create a very different gaming experience.

I hope you enjoy my video review, and make sure you comment, like and subscribe for more, for now this has been The Subtext – Until next time…