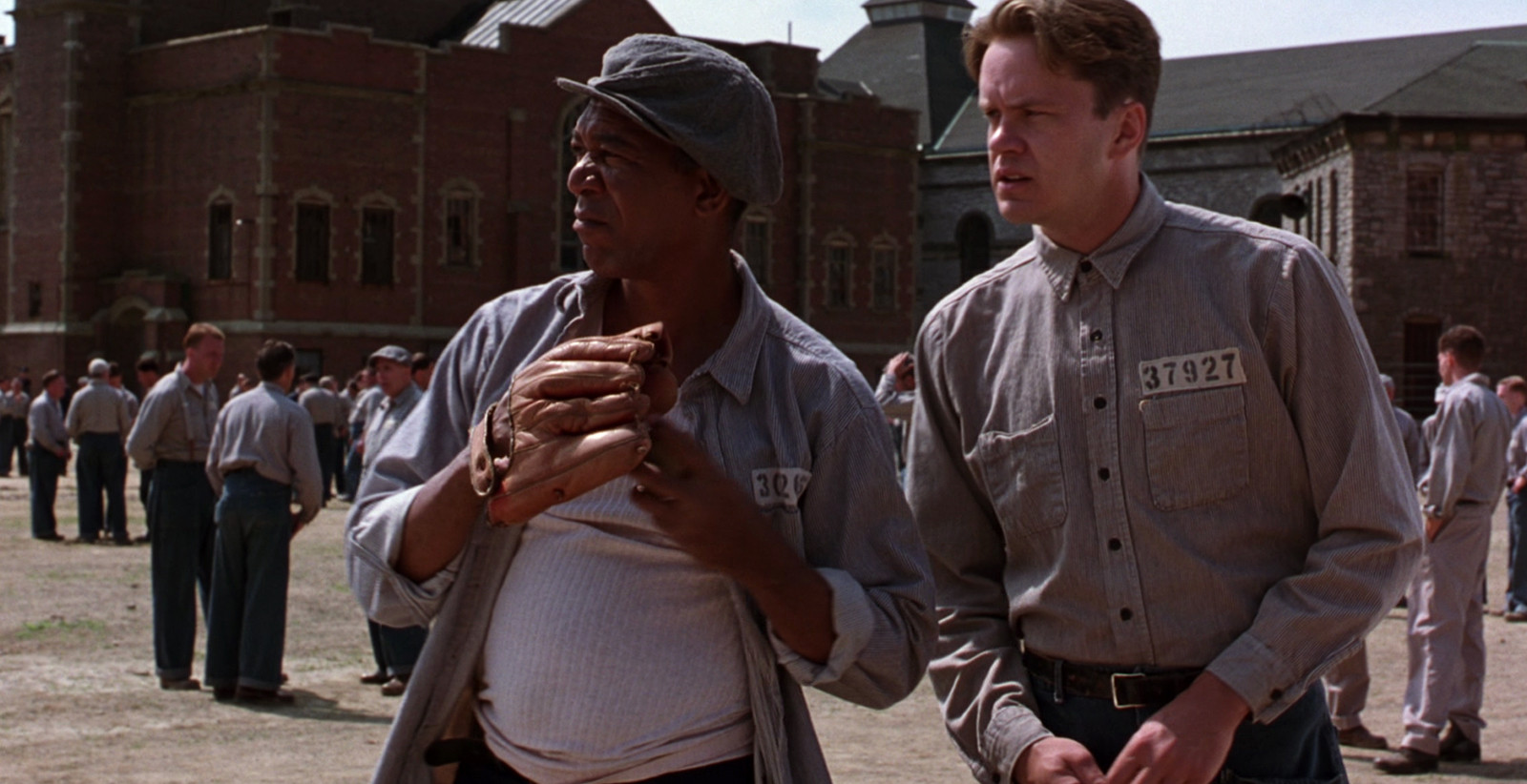 I was recently posed the question: If I were to introduce someone to my taste in film, what five titles would I screen for them? This is tricky because film selection like a music playlist, for me, depends on my mood, the setting and the company I am with at the time.

Now I am no critic, so this is not intended to be an in-depth analysis of each movie, just an introduction to a selection of films that will open you up to my somewhat eclectic taste in cinema. The following then, is not my Top 5 films of all time but rather a list of 5 films that will give you a broad overview of what I like and the reasons why I like them.

Things to Do in Denver When You’re Dead

The first film on this list is a low budget, poorly received film that was given limited release and comes with a 33% rating on Rotten Tomatoes. Not exactly what you would expect from a list of must-watch films. But then, look at the cast: Andy Garcia, Christopher Lloyd, Bill Nunn, Steve Buscemi, Don Cheadle and others. Then read the reviews on IMDB and you start to get a completely different picture.

In the wake of the Tarantino revolution of the early to mid-nineties (see True Romance below), it’s easy to see why this film went under the radar. Criticised for being a poor man’s Pulp Fiction, critics completely miss the point of the film. It isn’t a mob piece. It isn’t your glorified gangster flick either, what it is, is a stylishly written and incredibly well acted film that focuses on the characters themselves.

A crew of retired mobsters led by Jimmy the Saint (Garcia), gathered together for one last job that inevitably goes astray and the crew subsequently get a hit put out on them by scary mob-boss-man in a wheelchair (enter Christopher Walken cameo), sound familiar?

Facing an imminent threat of permanent retirement by ‘Buckwheats’ (Buscemi) the script touches on issues of morality, is thought provoking, is direly funny in places and for me this is one of Garcia’s best performances. Think more usual Suspects than Pulp Fiction, Things to do in Denver is the best film you’ve never heard of.

Discover Things to Do in Denver When You’re Dead

Possibly the greatest Christmas movie of all time (next to Die Hard and Gremlins – yes, they are all Christmas movies – argue with me at your peril). Lethal Weapon is an absolute classic. I am not a massive fan of the comedy genre as a whole. These days there seems to be an all-to-easy formula to follow. Slapstick theatrics is the new ‘fad’ – pretty sure we exhausted this style of comedy before the end of World War II – and the end is not in sight.

Glover and Gibson play off each other beautifully. There’s action, there’s comedy, it’s well written with a decent plotline; there is not much you can dislike about this all-out cop-duo crime, thriller. But it is the relationship between Riggs and Murtagh that provides the laughs throughout. The film is littered with quick witted one-liners and the facial expressions of Gibson are better than a Joe Bonamassa performance at the Albert Hall.

You can keep your Will Ferrell’s and your Melissa McCarthy’s poorly written, poorly acted, tired slapstick routines to yourself and give me a dose of Lethal Weapon any day of the week.

Now, this is where we come back to Quentin Tarantino. Although not directed by the man himself (that accolade goes to Tony Scott. See Top Gun, Spy Game), the screenplay was written by Tarantino alongside Roger Avery (they both also collaborated on Reservoir Dogs and Pulp Fiction together), and it’s obvious.

Gritty, gratuitous and thrilling with another cameo from the great Christopher Walken (I do have a soft spot for Walken cameos, check out Man on Fire for another, also directed by Tony Scott), this is a whirlwind action-romance-drama from the beginning!

A real ‘Bonnie and Clyde’ type affair but with more violence. A young Gandolfini and an incredibly stoned Brad Pitt make up part of a terrific supporting cast alongside Christian Slater (Clarence) and Patricia Arquette (Alabama) as the two lovers trying to make a new life for themselves by killing her pimp and selling his drugs.

If you’re a fan of Natural Born Killers and From Dusk till Dawn then you definitely need to watch True Romance.

A few years ago, I went through a little bit of a Monica Bellucci phase. Not only is she incredibly beautiful, she is an amazing actress and her back-catalogue is definitely something that deserves attention. Unafraid to explore all aspects of her craft, herself and human nature on screen, it was here that I stumbled upon Irreversible.

This film is not for the faint of heart. Firstly, it is filmed in French and subtitled in English (which I much prefer over usually bad dubbing), and shot in reverse. What you see on screen at the beginning of the film is the end credits, followed by the final scene, then the penultimate and so on and so forth.

Raw, graphic, unrelenting, this movie does not build up to an inevitable crescendo, its starts with one and takes you on a journey quite unlike any other I have seen on screen. World cinema is not afraid to push boundaries unlike here in the UK… well, we do but we just don’t do it as well as the continent.

There is something so uncompromising, so demonstrative about this film that touches parts of you that are so hidden. So real that it cannot be expressed in words, only felt. There are few films I have watched that have touched such a nerve; Straw Dogs, Human Centipede II, Henry: Portrait of a Serial Killer and this. You won’t be disappointed, but you have been forewarned.

The final film I have selected is my favourite all time movie. September 2019 will mark the 25th Anniversary release of what many would consider, myself included, the greatest movie ever made, The Shawshank Redemption. Adapted from the Stephen King novella Rita Hayworth and Shawshank Redemption, Margaret Heidenry at Vanity Fair took an exceptionally deep dive into the history of the film on its 20th Anniversary and it is well worth reading.

The Shawshank Redemption has everything I look for in a movie. Darkly humorous in places, heart-warming in others, unafraid to explore difficult situations, it covers the full spectrum of human emotion. There is wisdom to be found in the voiceover parts of Morgan Freeman and existential questions that are answered on the face of Tim Robbins. It is a story about friendship and of suffering and of sacrifice and on the contrary of course to all of this, Hope.

I could have screened this one film and have been satisfied that I had answered the OP’s question fully. But if I did that we wouldn’t have had much more to talk about!

There are a few films that I picked out when thinking about the original question that did not quite make the cut. Not because I do not like them as much, although the above list comprises of films I have seen numerous times over the years but because I do not know them as well. So the following are a selection of films that could quite easily be included and deserve a special mention here:

You can watch all of these titles and more and purchase them all on Amazon and Amazon Prime.